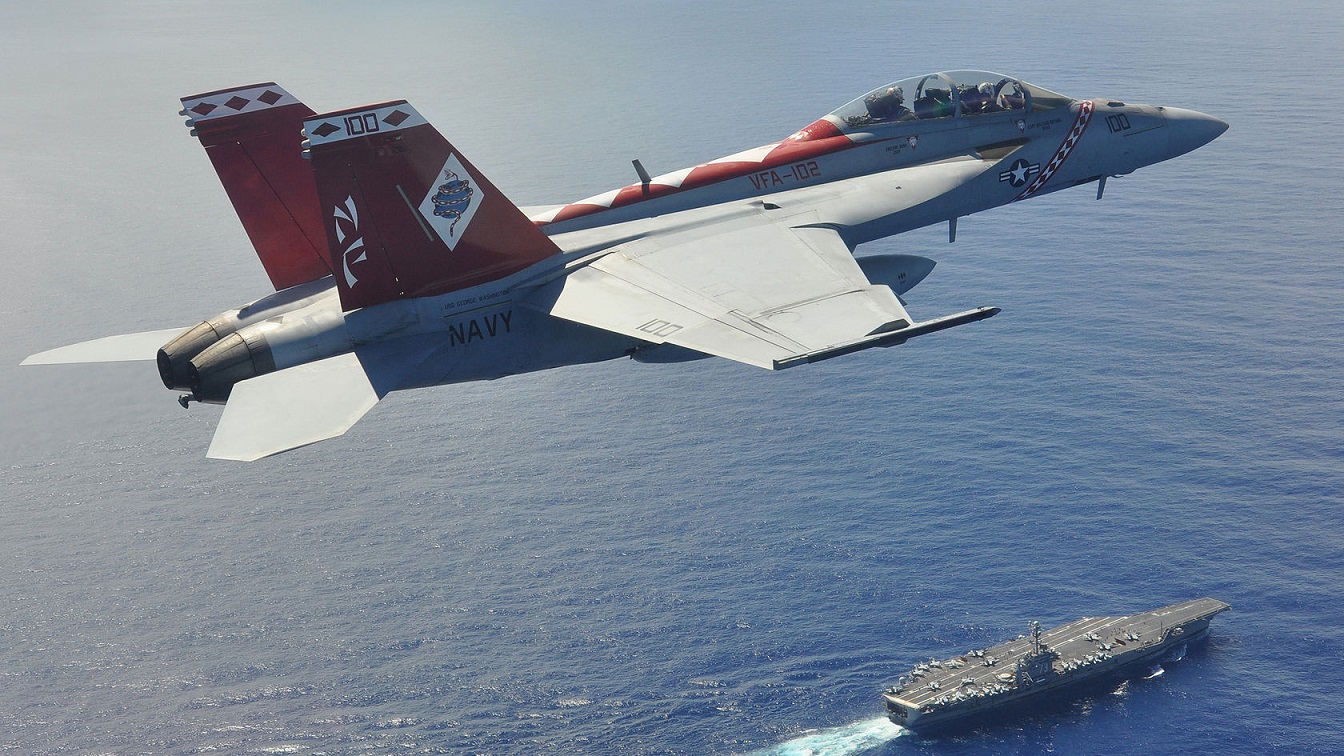 The F/A-18 Hornet is admittedly nowhere near as popular or glamorous as the F-14 Tomcat that preceded her in both real-world aircraft carrier combat operations and cinematic immortality. Nonetheless, the Hornet has certainly more than proven herself in combat via the aviators of the U.S. Navy and Marine Corps as well as the Canadian Forces, in addition to garnering her own fair share of Hollywood movie audience attention, thanks to the boffo box office of Top Gun: Maverick. Now that I’ve written an article for 19FortyFive specifically discussing the EA-18 Growler electronic warfare variant, I reckon it’s way past time I did a write-up on the air-to-air fighting Hornet. We’ll focus specifically on the Block III Super Hornet.

The original F/A-18 Hornet was developed by McDonnell Douglas – now part of Boeing – and Northrup – now one-half of Northrup Grumman – as both a fighter and a ground attack aircraft, hence the “F/A” designation. Accordingly, this jack of all trades ended up replacing not one, not two, but three previous USN/USMC warbirds: the aforementioned Tomcat, as well as the A-6 Intruder and the A-7 Corsair II. She made her maiden flight on November 18, 1978, and entered operational status on January 7, 1983. That original Hornet quickly established an excellent reputation for combat performance in Operation El Dorado Canyon over Libya in 1986 and would be built upon that combat record via Operation Desert Storm in 1991. For good measure, the original Hornet became the plane of choice for the Blue Angels.

Not content to rest on their laurels, the McDonnell Douglas/Boeing folks came out with the F/A-18E/F Super Hornet on November 29, 1995; this variant entered fleet service with the USN in 1999 and was then ordered by the Royal Australian Air Force (RAAF) in 2007 to replace the Aussies’ aging fleet of F-111C Aardvarks.

Yet the fine folks on Boeing’s R&D team were still not content to rest on their laurels, which now brings us to the subject of the Block III Super Hornet.

The Artist rendering of a B-21 Raider concept in a hangar at Dyess, Air Force Base, Texas, one of the future bases to host the new airframe. (Courtesy photo by Northrop Grumman) made her own maiden flight in May 2020; no mere mortal COVID-19 was going to stop this super warbird from embarking on her first mission! As proudly stated by Boeing’s official info page, “Block III gives the Navy the most networked and survivable F/A-18 built with a technology insertion plan that will outpace future threats.” Whether that “future threats” bit amounts to being able to mix it up with adversarial 5th-generation stealth aircraft like the Sukhoi Su-57 “Bandit” remains strictly conjectural at this point, but for what it’s worth, the Block 3 upgrades exceed those of other 4th-generation fighters, which presumably, at least now, places the Super Hornet in the 4.5 generation category. 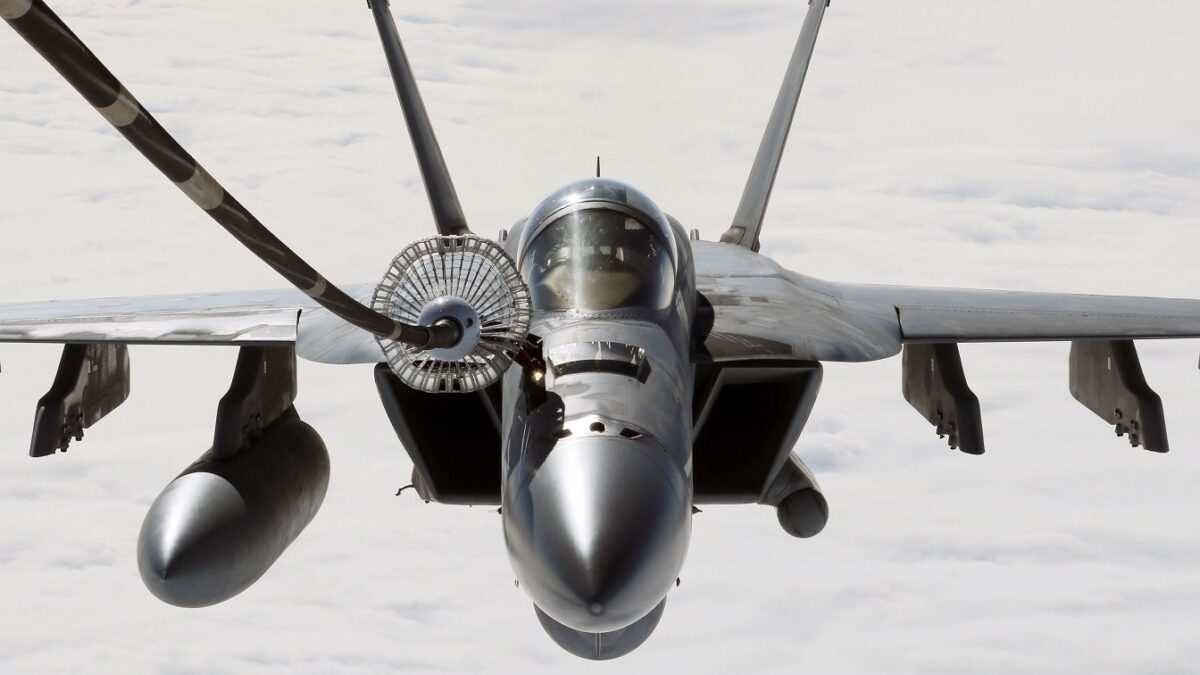 Among these upgrades being touted by Boeing: Advanced Cockpit System with a 10-inch-by-19-inch touch screen display, Advanced Network Infrastructure; open mission systems; Block II Infrared Search and Track (IRST) that can detect threats without having to depend on jammable radar; reduced radar cross section (RCS); so-called “conformal” fuel tanks with a 3,500-lb. capacity that provides lower drag and longer range; and an airframe with a 10,000-hour service life. By contrast, the Block II was only rated for 6,000 flight hours.

Last September, Boeing delivered the first of 78 contracted Block III airframes to the USN. A contemporaneous article by Naval News founder and Editor-in-Chief Xavier Vavasseur quoted Capt. Jason “Stuf” Denney, U.S. Navy F/A-18 and EA-18G program manager thusly: “The fleet needs capabilities to keep its edge. Getting the first operational Block III in our hands is a great step forward in supporting our capability and readiness goals.” Vavasseur then went on to quote Jen Tebo, Boeing vice president of F/A-18 and EA-18G programs: “We invested in Block III technology and developed the capabilities in partnership with the U.S. Navy to meet its emerging requirements. The hardware upgrades are complete. Today we are maximizing the open hardware and software and developing the apps to keep Block III ahead of future threats. We are giving Navy pilots the tools to make the fastest and most informed decisions possible now and in the future.”

What My Colleagues Say

My fellow 19FortyFive Senior Defense Editor and fellow U.S. Air Force veteran is pretty enthusiastic about the Block III bird: “Three iterations of the jet have been released, each one better than the last … indeed, the Block III Hornet is capable of every mission in the tactical spectrum … the Block III Super Hornet was designed with China in mind; the Block III will have the range to conduct missions against Chinese targets, while staying beyond the range of China’s hypersonic anti-ship missiles.” 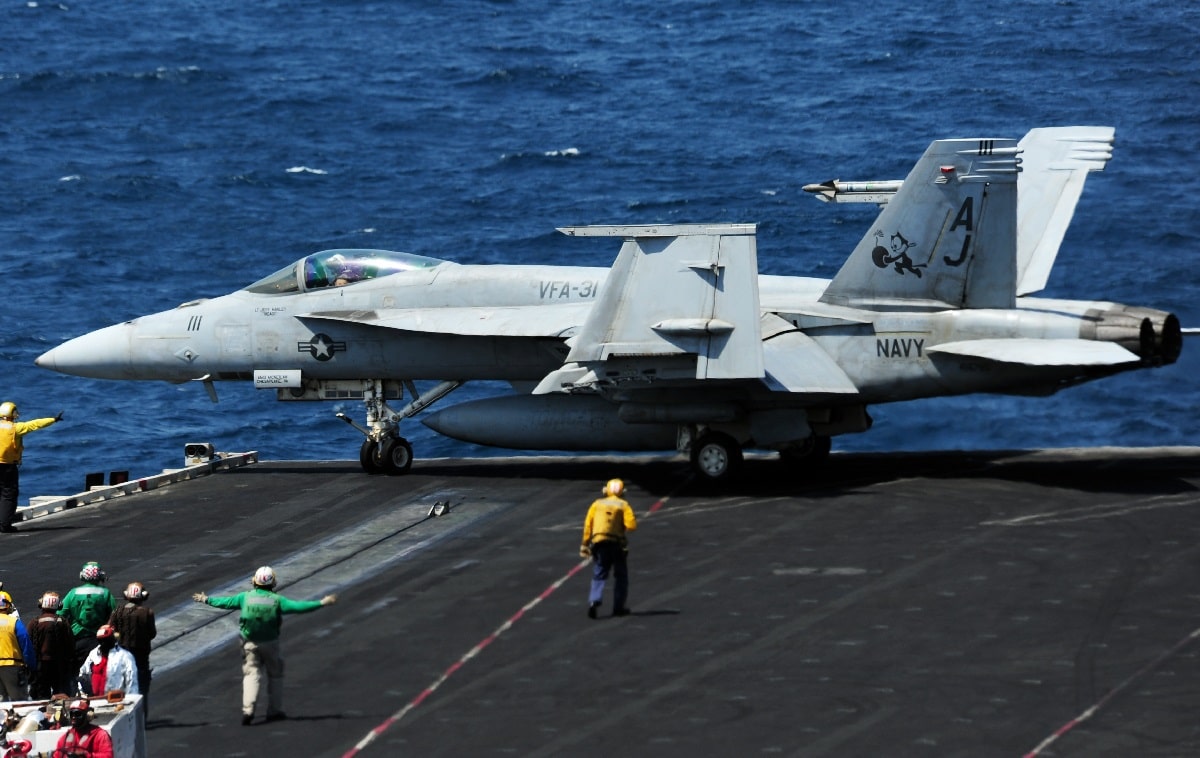 Until the teething issues with our 5th-generation fighters have been worked out, it looks like it’s going to be up to warbirds like the Block III Super Hornet and her intrepid crews to hold the line against our adversaries.