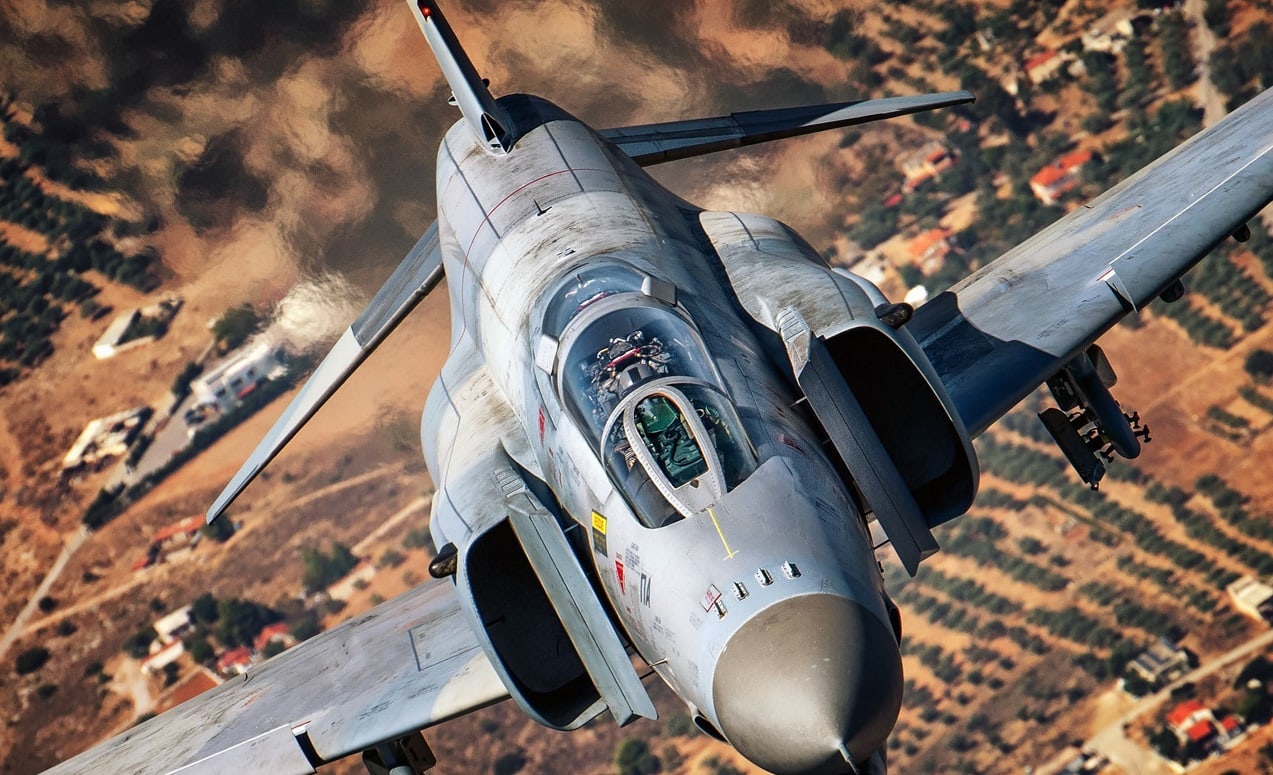 When pilots do dumb and costly things in the air, it can cost a life or an airplane. To find a good example of such a costly mistake, we can travel back to the era of the Vietnam War and revisit an incident involving an F-4 Phantom II. Naval aviators were flying an air-combat maneuver training mission off the coast of San Diego. One pilot made a major mistake, and things went bad in a hurry. He was running on afterburner and failed to watch his fuel. You could guess what happened when he ran out. It was time to eject over water.

The F-4 is powered by General Electric J47 turbojets, which can be fuel hogs. The aircraft burns 35 to 40 gallons of fuel per minute. With the afterburner engaged, it can suck about 50 gallons per minute. The fighter can run out of fuel in a hurry at that pace, especially when aviators are not paying full attention.

The Aviation Geek Club found the above story on Quora, the online forum. Readers were asked, “What was the most ill-advised (dumbest) thing you did as a newly minted fighter pilot and kept your wings?” Former F-4 pilot John Cheshire shared the training mistake, which involved a fellow aviator of his.

Cheshire admitted that he could have made the same error. “He failed to monitor his fuel quantity,” Cheshire explained. “Being in afterburner too long, and burning fuel rapidly by massive bucket loads, he ran out of fuel, flamed out, and had to eject over water. He was grounded for a while as his record was reviewed. Eventually he was reinstated into flight status again. His was a good lesson for the rest of us. I watched my fuel quantity while using afterburner thereafter, like a hawk.”

The F-4 is an iconic airplane. It made its first flight in 1958 and became a full-time fighter for the U.S. military in 1961. It is still in service with Iran, South Korea, Greece, and Turkey. During its heyday in the Vietnam War, it flew Mach-2 and had an enviable altitude ceiling of 59,600 feet with a range of 1,750 miles. The fighter set speed, climbing, and altitude records. Five thousand F-4s were built.

The F-4 could be a joy to fly for some aviators, and its combat record was top-notch. But F-4 pilot Neil Consentino recalled how dropping bombs in Vietnam could be a harrowing and unforgettable experience. Consentino recounted his flight history on the Air Facts web site, recalling his first mission over North Vietnam.

“I recall the wonderful feeling of release and the sensation of man-and-aircraft-as-one, after the jink, into a graceful pull off the bomb run into a beautiful arching cloverleaf maneuver,” Consentino wrote. “A maneuver in full afterburner that had me for a moment looking straight up into a cool blue sky with small, bright, puffy white clouds. The Phantom and I were indeed one at that moment in time, one of my unforgettable moments: a feeling pilots know of and can fully enjoy,” Consentino wrote.

They Still Have a Role

Some F-4s in the United States have been turned into drones for use in target practice. Greece still flies the F-4 in air shows, and the Phantom continues to entertain the crowds. The F-4 stands out in the hearts and minds of its pilots, and the aircraft lives on in aviation lore.