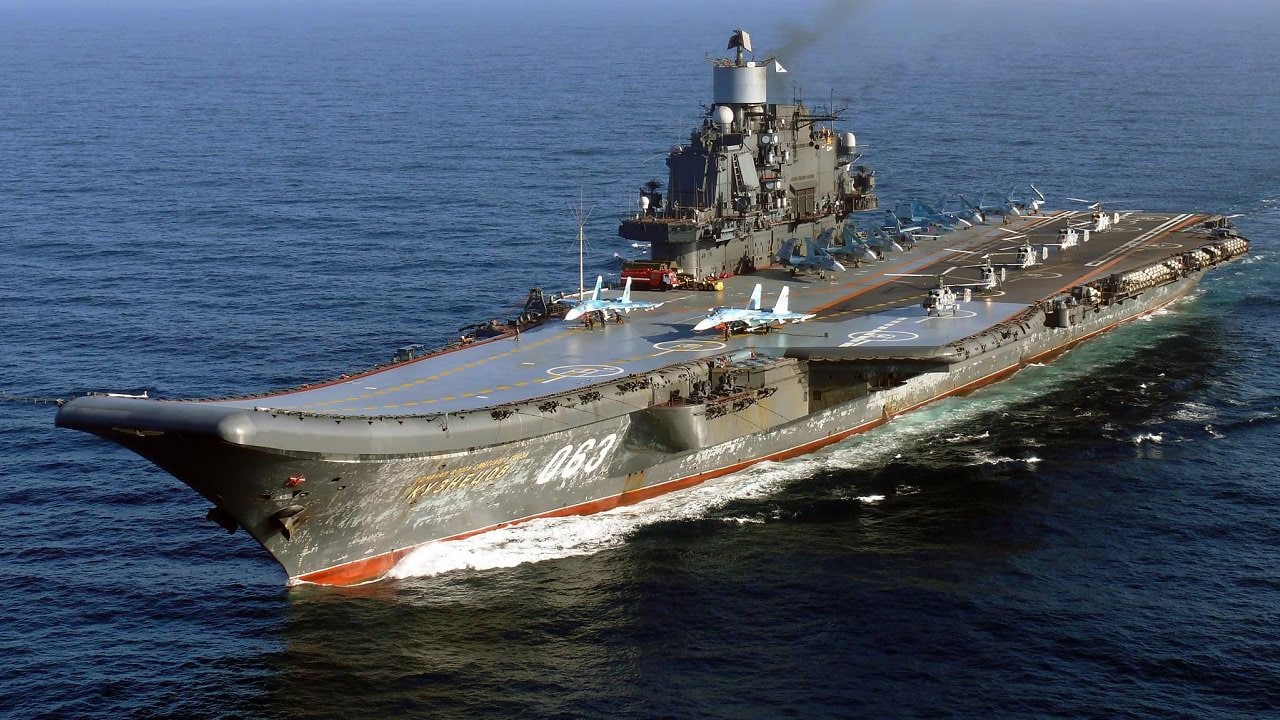 Whenever you write up any sort of 5 Best or 5 Worst list, you’re bound to ruffle some proverbial feathers. Deciding what to put on the list becomes even more complicated when you’re talking about a highly complex, multi-crew weapons system like, in this instance, history’s five worst aircraft carriers, as opposed to comparatively simple individually-operated weapons like handguns and rifles. I suppose the criteria for making this list would have to incorporate inherent design flaws, and/or crew (in)competence, and/or inauspicious combat record alike. So then, without further ado, and in no particular order….

So, let’s see, a WWII Imperial Japanese Navy (IJN) battleship — sister ship to the supremely powerful battleships Yamato and Musashi no less — converted into a supercarrier…only to be sunk on November 1944 during her sea trials in vicinity of Yokosuka Naval Base by the submarine USS Archerfish (SS-331) after three torpedo strikes and the passage of 7 hours. 69,000 tons and 1,435 officers — including the skipper, Capt. Toshio Abe — enlisted sailors, and civilians, down the drain  Yes, I’d say the Shihano (信濃) easily qualifies for this Bottom 5.

This one is clearly an example of crew incompetence, as there’s just no way in hell a heavy carrier should sink after just one torpedo hit. Yet, sure enough, in the star-crossed case of the IJN Taihō (大鳳, “Great Phoenix”),which was the then-new flagship for Vice-Admiral Jisaburo Ozawa, on 19 June 1944, a single torpedo hit from the submarine USS Albacore (SS-218) did her in. As explained by the History Central info page:

“Meanwhile, a novice took over the damage control responsibilities. He believed that the best way to handle gasoline fumes was to open up the ship’s ventilation system and let them disperse throughout the ship. This action turned the ship into a floating time bomb. At 1330, a tremendous explosion jolted Taihō and blew out the sides of the carrier. Taihō began to settle in the water and was clearly doomed.”

For all of the fearsome feats pulled off by the battleships, battlecruisers, surface raiders, and Unterseeboote (U-boats, that is) of Nazi Germany’s Kriegsmarine, the WWII accomplishments of their aircraft carrier fleet were…nonexistent. A major reason for this lack of body of work was that the vaunted German arms industry only built one carrier to begin with: the Graf Zeppelin (Flugzeugträger A, Aircraft Carrier A). On-paper, this ship was yet another marvel of Teutonic engineering. Her keel was laid on 28 December 1936, she was commissioned on 8 December 1938…and then the start of hostilities in 1939 delayed further progress.

By 1943 it turned out that the Graf Zeppelin was still not seaworthy, and the then 67-year-old Admiral Erich Raeder was pushed aside by der Führer as commander-in-chief of the Kriegsmarine and replaced by Admiral Karl Dönitz, who did not believe in the strategic importance of aircraft carriers and put the kibosh on any further work on the Graf Zeppelin. At the end of the war, she was sunk by the Germans in the river Oder…only to be raised by the Soviets…who in turn sank her for good as a target ship on 16 August 1947.

So much has been written about the problems plaguing the Admiral Kuznetsov — Russia’s lone aircraft carrier — that it seems like a virtual no-brainer to include it on a 5 Worst Carriers list. Kuznetsov has been beset with a whole host of maladies, from reliance on an ultra-thick, tarry black substance called Mazut as its power source, to a sunken dry dock in 2018, to a 2019 onboard fire that cost 300-350 million rubles in damages. She was commissioned in 1990, as the Soviet Union was in its slow-but-steady and increasingly obvious death throes, and as noted by my 19FortyFive colleague Kyle Mizokami, “Between 1991 and 2015, she completed only six patrols at sea.”

All of which helps explain why the ship hasn’t been used for the ongoing conflict in Ukraine.

India’s INS Vikramaditya — that country’s flagship aircraft carrier no less — goes to show that Soviet-designed carriers continue to be plagued with reliability issues even after changing ownership, which I suppose proves the proverb that “A leopard cannot change its spots.” Starting off her service life in 1987 as the Soviet Navy’s Admiral Gorshkov, India purchased her from post-Soviet Russia in 2004 for the equivalent of $2.35 billion USD.

In 2016, a toxic gas leak occurred during maintenance work in the vessel’s sewage treatment plant compartment, resulting in two deaths. That was followed by three fires in a 3.5-year span: a boiler room fire in April 2019 that resulted in the death of Indian Navy officer Lt. Cdr. DS Chauhan from smoke inhalation; a second fire that occurred in May 2021 whilst the ship was undergoing its refit, which luckily resulted in no casualties; and most recently last month, which again thankfully caused no casualties but nonetheless help demonstrate a disturbing pattern.

So then, dear readers, what do you think? Were any of the ships on this list unfairly maligned in your opinions? Are there any other carriers conspicuous by their absence from the list? Let us know in the comments section!