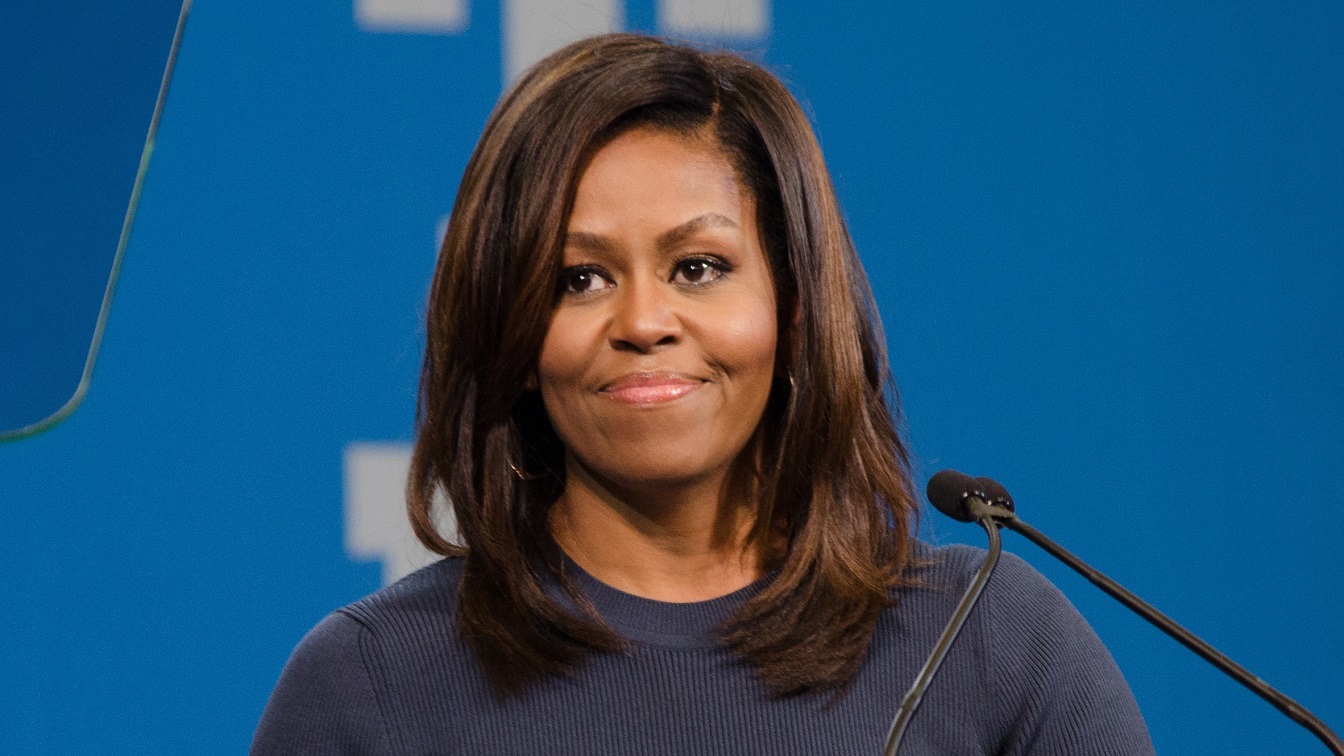 Curiously, at the Conservative Political Action Conference (CPAC) last February a straw poll indicated who attendees believed the next Democratic presidential nominee would be. It wasn’t Joe Biden. And it wasn’t Kamala Harris. Leading the poll instead were two former First Ladies – Hillary Clinton and Michelle Obama. Hillary Clinton’s name being tossed into the presidential conversation is no surprise; Clinton ran for president in 2008 and 2016. She was the clear-cut front-runner on both occasions before losing the ‘08 primary to Barack Obama and the ‘16 general to Donald Trump. While Clinton has said she is absolutely not running for president in 2024, her candidacy wouldn’t surprise anyone. Michelle Obama’s name being thrown into the mix – near the top of the list, no less – was more curious.

The Talk about Michelle Obama and the Presidency

“For all of these people who say, ‘Michelle Obama isn’t political’ [and] ‘They’re making too much money now,’ keep a very close eye on her because her trajectory is exactly what Barack Obama did before he ran for president and what Bill and Hillary Clinton both did,” Monica Crowley, a former Treasury Department official said at CPAC.

Joe Rogan, who Democrats have inexplicably labeled a conservative, used his massive platform to endorse Michelle Obama. “She’s intelligent, she’s articulate, she’s the wife of the best president that we have had in our lifetime in terms of like a representative of intelligent, articulate people. She could win.” While I would argue that the president should be more than a representative of intelligent, articulate people, Rogan’s endorsement echoes the widespread popularity Obama enjoys.

Myra Adams, in an op-ed for The Hill titled “Michelle Obama: Democrats’ 2024 ‘break glass in case of emergency’ candidate,” wrote “here’s a pertinent trivia question: Who topped 2021’s list of the world’s most admired women? According to a global survey conducted by YouGov, Michelle Obama was the leader. Kamala Harris ranked 11th, with Hillary Clinton 12th.”

Adams argued that Obama had “a winner’s aura that could instantly clear the primary field” and that “no Democrat would want to contest her … including the vice president.” I have trouble believing the sitting vice president, Kamala Harris, would simply step aside from a DNC primary merely because Michelle Obama decided she wanted to be president.

Bernie Sanders certainly wouldn’t just step aside – and we saw in 2016 what he can do one-on-one against an establishment figure. Regardless, Obama certainly has the mega-wattage to win a DNC primary. Adams does make fine points about Obama’s popularity; it “would attract crowds equal to Trump’s and reminiscent of [Barack’s]. Crowd momentum translates into positive news coverage and voter enthusiasm. Her record-breaking 2019 book tour filled arenas in 31 cities.” Adams continued in a similar vein, “The mainstream media slobbers over Mrs. Obama. She is articulate, always camera-ready and could boost ratings.”

My concern with Obama is that we don’t really know what she stands for. As Adams wrote, “Michelle Obama … carries no obvious baggage.” Adams meant it as a complement to Obama’s viability. But I see Obama’s lack of baggage as an indication that she hasn’t really been invested in the political process. We can assume that Michelle’s worldview would be closely aligned with her husband’s.

Barack Obama was the candidate of hope and change and unity and progress – then he took office, bailed out his Wall Street donors, ramped up drone strikes, and began equating progress to a cruise ship that you could only turn a few degrees at a time (aka he became an incrementalist).

A Michelle Obama campaign would probably hit a lot of the same notes as Barack’s, notes about hope and change – only modified to fit 2024, so laced with existential themes like the end of our democracy. The question is, how would Michelle govern once in office? The question doesn’t really come up – rather, the assumption is she will be good because her husband was good. Is that how it works? And, was he good? The talk of a Michelle Obama 2024 run is centered primarily on her widespread appeal and corresponding electability. No one is saying she should run because she will promote X, Y, or Z policy. I think policy should be more relevant to the conversation.