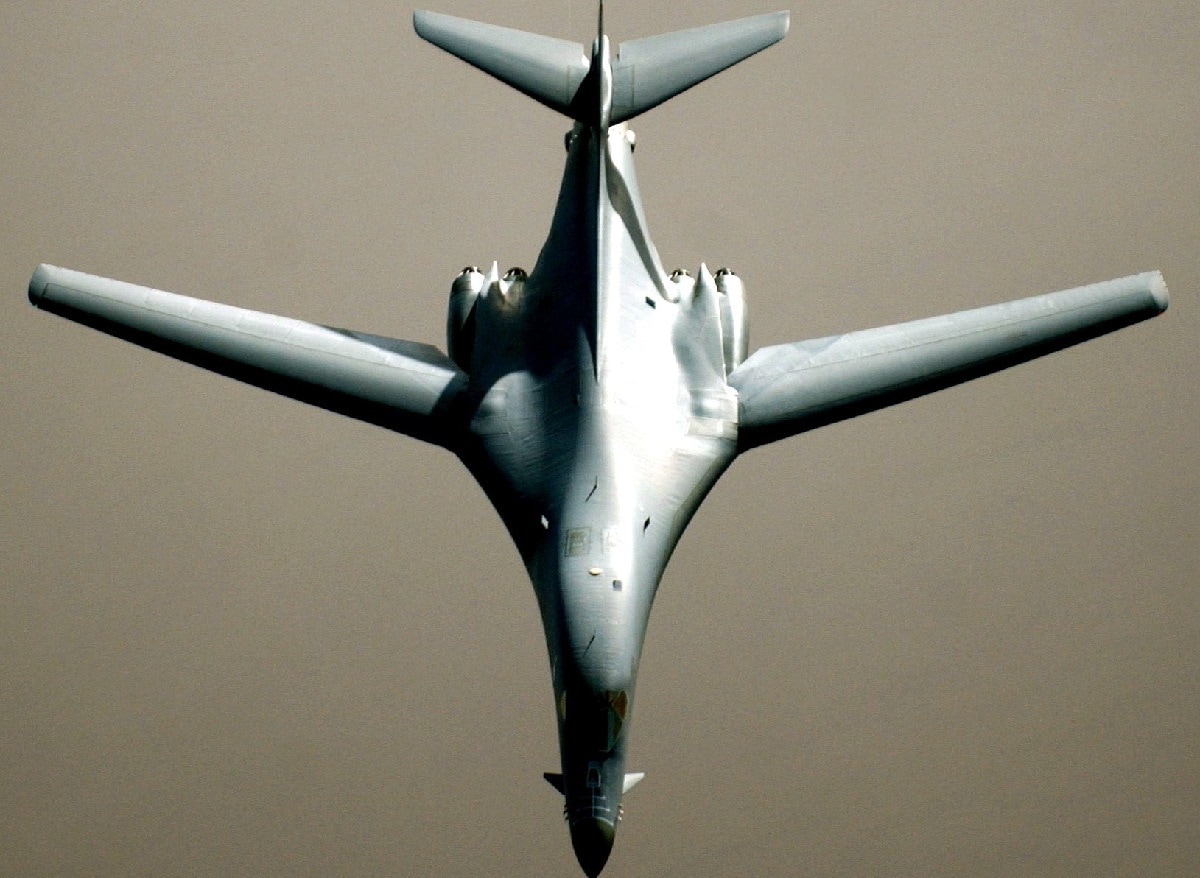 The old “Bone” is flying on borrowed time. That is a fair assessment of the state of the B-1B Lancer strategic bomber – an aircraft that almost never was, but became one the United States Air Force couldn’t have lived without.

After becoming the service’s workhorse during the Global War on Terror (GWOT) time has taken a toll on the airframes and the B-1 will be retired as the B-21 Raider enters service later this decade. It was just a year ago that Air Force Global Strike Command retired the last of 17 B-1B bombers from its inventory, leaving a fleet of 45 aircraft that will serve until the new B-21 stealth bomber is ready for duty, the command announced.

The B-1s have been described as being in “rough shape” after the heavy operational deployments in the Middle East between 2001 and 2014. Lawmakers in Washington have thus ordered the Air Force to maintain the current fleet, while the 2022 National Defense Authorization Act (NDAA) also prevented the service from cutting personnel from units that operate or maintain the Cold War era warbirds.

The B-1 is expected to be retired in the next decade.

The variable sweep-wing bomber was developed to conduct high-speed, low-altitude penetration missions back when the Boeing B-52 Stratofortress was the king of the skies and conducted combat operations over the jungles of Vietnam. The Lancer – known as the “Bone” as its designation was “B-One” – took its first flight in December 1974. At the time, it was a major leap forward in aviation design, and while smaller than the Stratofortress, its advanced engines and high-lift, variable-sweep wing allowed it to carry twice the weapon load at a much greater distance and higher speed.

However, the aircraft’s cost was its first major adversary.

The high price tag was an issue with the newly elected President Jimmy Carter, who elected to cancel the program in June 1977 in favor of ground-based ICBMs and submarine-launched ballistic missiles (SLBM). Not known at the time, however, was the fact that President Carter had also authorized the Advanced Technology Bomber (ATB) project, which led to the development of the B-2 Spirit, the first true stealth bomber.

Despite the cancelation under the Carter administration, four Rockwell International B-1As were still built and used for flight testing with the final flight made in April 1981. Less than six months later, in October of that year, President Ronald Reagan revived the program as the B-1B. The updated variant made its first flight on Oct. 18, 1984. 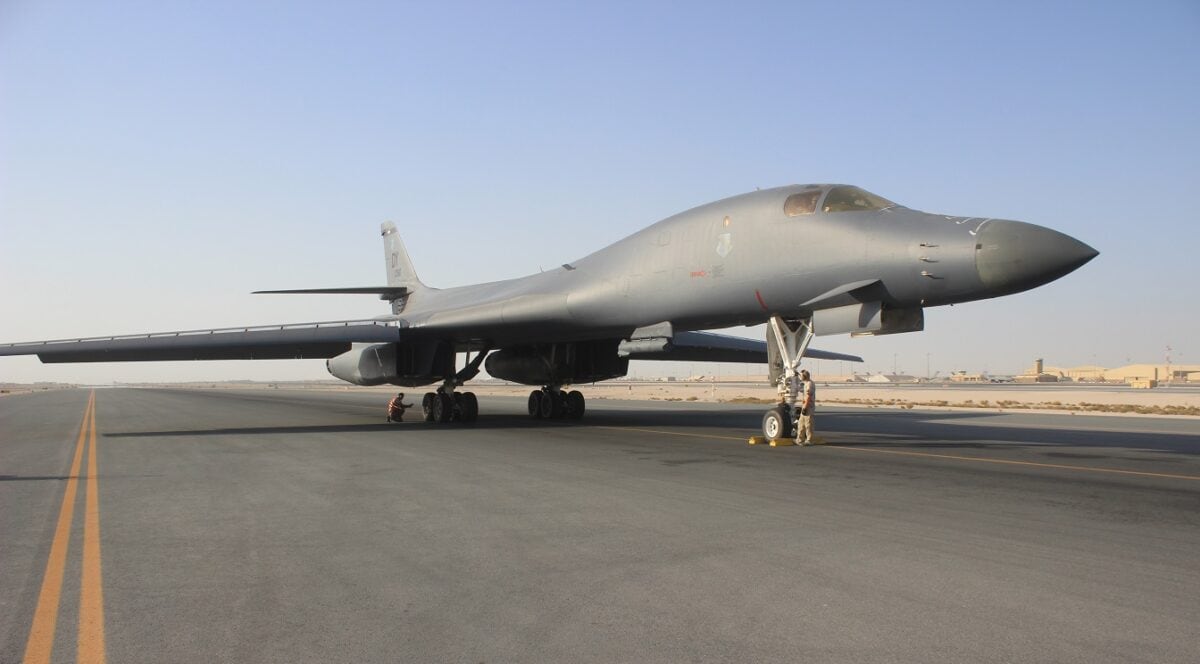 The bomber could operate at 60,000 feet and had a range of more than 7,000 miles. It was seen as the right bomber for the job, especially given the Soviet Union’s aggressive stance in the early 1980s, notably its invasion of Afghanistan.

The U.S. Air Force subsequently ordered one hundred B-1Bs in 1982, and the first B-1B aircraft was delivered to the Air Force at Edwards Air Force Base (AFB), Calif., in October 1984, just thirty-three months after the contract go-ahead. The last Rockwell B-1B rolled out of final assembly at Palmdale, Calif., on Jan. 20, 1988 – just a year before President Reagan’s second term came to an end.

During its career, the Bone went on to hold sixty-one world records for speed, payload, and distance. The National Aeronautic Association further recognized the B-1B for completing one of the ten most memorable record flights for 1994.

While the B-1 was originally designed for nuclear capabilities, the aircraft were switched exclusively to a conventional combat role in the mid-1990s under the Conventional Mission Upgrade Program (CMUP). This was brought on by the collapse of the Soviet Union and the end of the Cold War – and President George H.W. Bush ordered the $3 billion refit, which included the removal of nuclear arming and fusing hardware – while provisions under the New START treaty required additional modifications to be made to prevent nuclear weapon pylons from being attached to the aircraft. The conversion process was completed by 2011, and Russian officials were even allowed to inspect the aircraft yearly to verify its compliance. 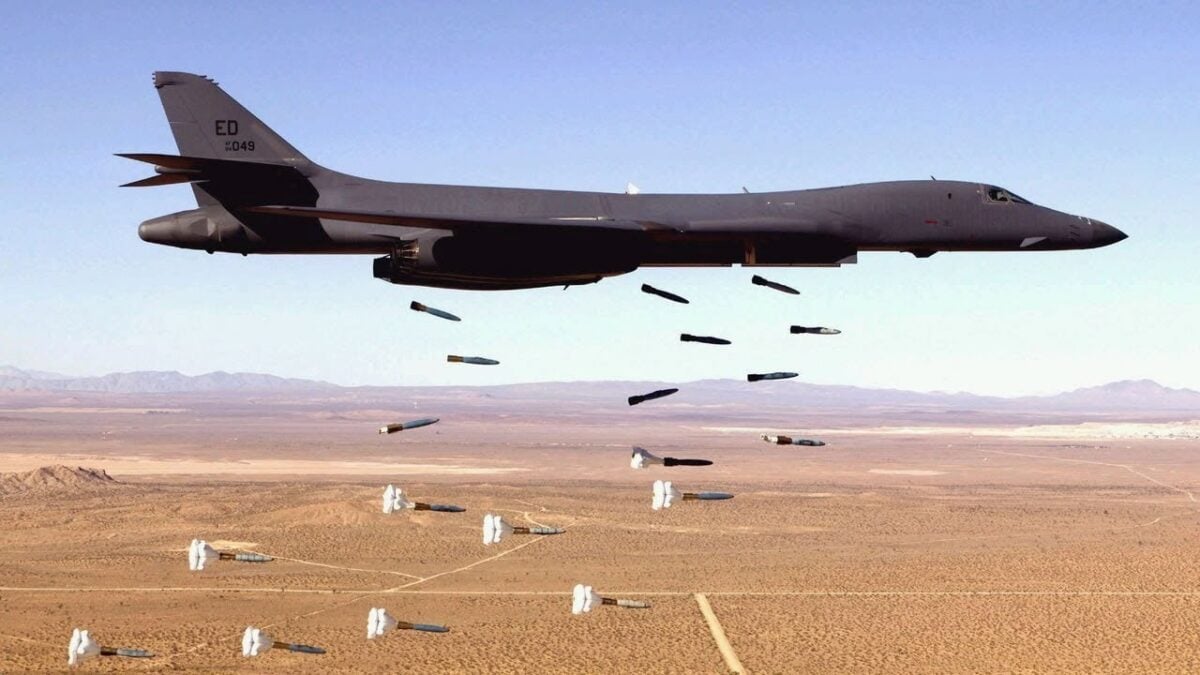 The conventional upgrade program included a series of upgrades: Block C, which was completed in 1997, gave the aircraft the capability to drop cluster bombs; Block D, completed in June 2001, included the deployment of the JDAM defensive system, new navigation and communications systems; while the Block E, which was completed in September 2006, added capability to deploy joint stand-off weapons (JSOW) and joint air-to-surface stand-off missiles (JASSM). An additional Block F, which included the defensive system upgrade program (DSUP), was terminated.

Interestingly, while the B-1 was originally designed to strike cities deep in the Soviet Union, the aircraft only saw its first combat deployment in December 1998 during Operation Desert Fox, where the Lancer successfully penetrated Iraqi air defenses to destroy Republican Guard barracks. That debut mission served to validate the B-1B’s conventional role and its ability to operate in a force package. 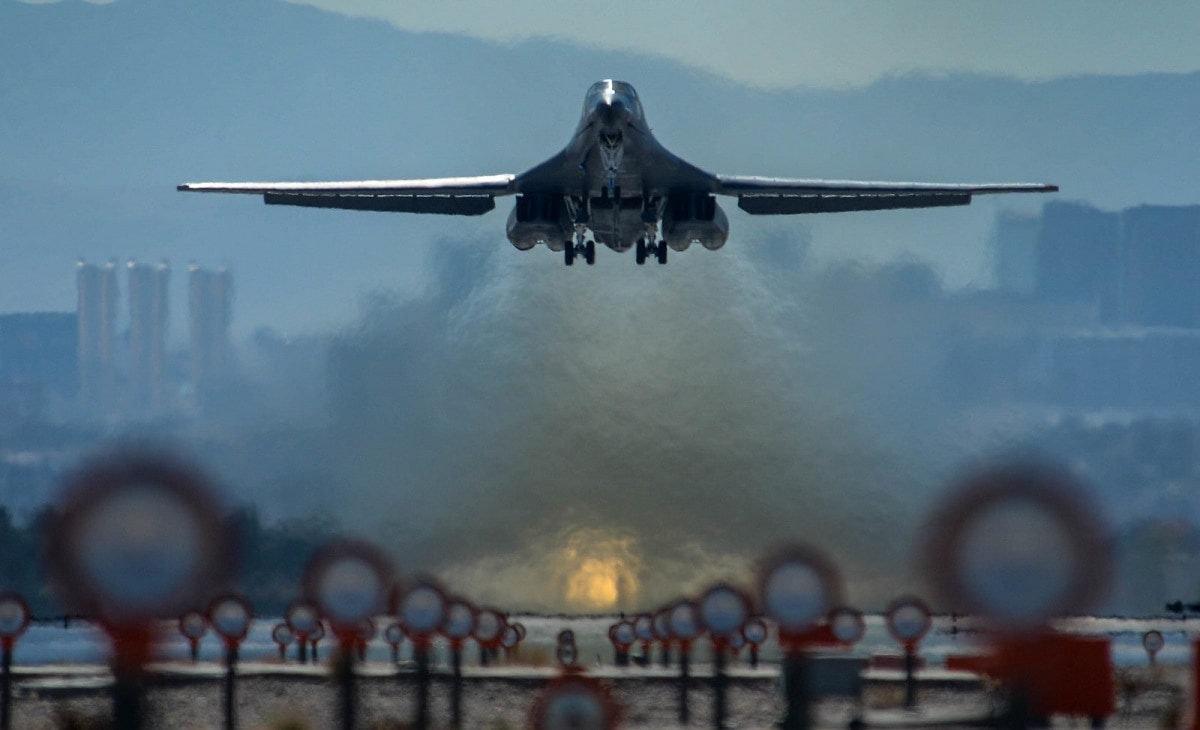 The aging aircraft have put in a lot of miles, and B-1s have been nearly continuously deployed in combat operations over Afghanistan and Iraq since 2001. Simply put, it got the job done like no other aircraft.