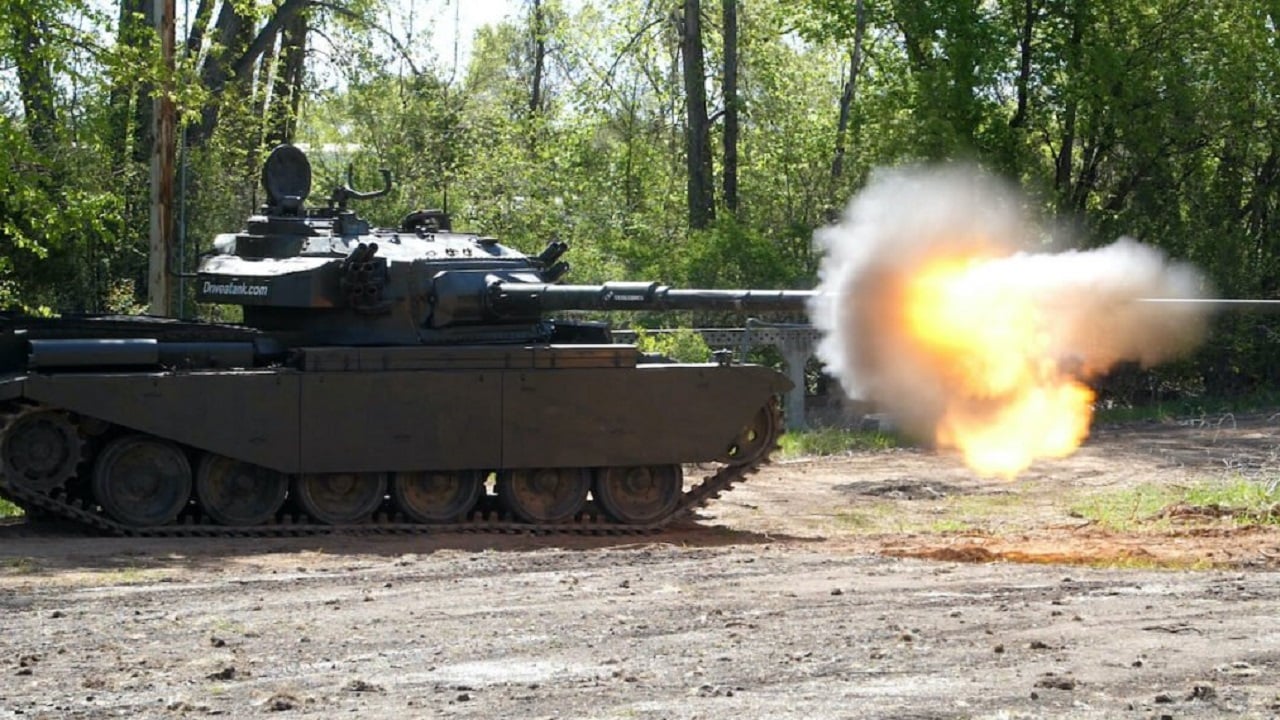 To practicing members of the Christian faith, the initials “B.C.” mean “Before Christ.” To Canadians, regardless of religious affiliation (or lack thereof), it’s the abbreviation for British Columbia. And to fans of the old-school newspapers’ Sunday morning funnies section, B.C. was the prehistoric-themed comic strip authored by the late Johnny Hart. Last but not least, to military history and technology buffs, the initials B.C. could be the abbreviation of two weapons systems that are newer than the first two aforementioned entities, but still plenty time-honored and venerable in their own right: the British Centurion and British Challenger tanks.

The Centurion was Great Britain’s first armored war machine to fit the description of the main battle tank (MBT), which is basically defined as “a design concept that consists of an armoured vehicle that provides direct fire and manoeuvrability.” Development of the Centurion began in 1943 when the British Army called for a new cruiser tank equipped with at least a 17-pounder (76.2mm) gun. They wanted a fast tank that was able to perform well in cross-country travel, even though it needed to also be heavily armored. By the time the Centurion MBT actually went to Germany for operational service in 1945, V-E Day had already taken place. However, the Cold War loomed just around the corner, and the Centurion and her intrepid crewmen would soon get plenty of opportunities to make up for lost time and action.

The earliest iterations of the Centurion indeed met that minimum requirement for the 17-pounder gun, but would soon upgrade its armament in order to better tackle the newer and tougher threats posed by the post-WWII Soviet Union (not that the WWII tanks of the Wehrmacht such as the Tiger and the Panther were lacking in toughness by any means, mind you). The first upgrade was to a 20-pounder (84mm) rifled gun, and lastly a 105mm L7 main gun. Secondary armament consisted of the Browning M1919 co-axial .30 caliber machine gun. The armor was anywhere from 51 to 152 millimeters (2 to 6 inches) thick, the weight was 52 tons, the max speed was 21.5 mph (34.6 kph), and the Centurion’s operational range was 32.5 miles (52.3 kilometers) cross-country and 62.5 miles (100.6 km) on paved roads.

The Centurion would finally be “blooded” in combat during the Korean War in 1950 and would go on to serve with distinction in a total of 12 wars, up to and including the Iraq War in 2003 and the Israeli-Lebanon conflict of 2006. There were two great ironies about the Centurion’s wartime record:

B.C. = Bring on the Challenger

As impressive and long-lasting as the Centurion’s service record was (and still is), the UK arms industry was definitely not content to sit on its collective laurels and remain frozen in time when it came to tank technologies. Hence the advent of the Challenger series of tanks. 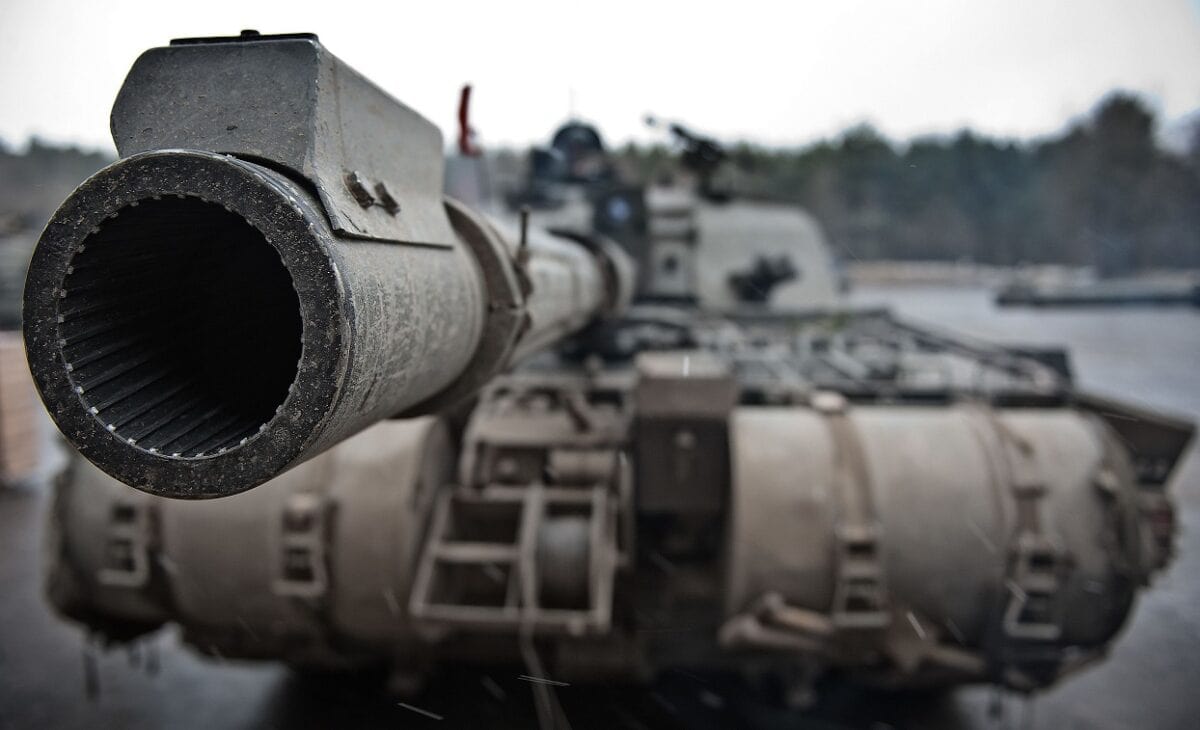 Accordingly, the Royal Ordnance Factories (ROFs) designed the FV4030/4 Challenger 1 Tank in the late 1970s. The original intended customer was the Shah of Iran, but then the Pahlavi Dynasty was overthrown by Ayatollah Ruhollah Khomeini and his radical Shiite agenda-driven Iranian Revolution in 1979. Ergo, the ROFs had to switch gears both literally and figuratively, and Her Majesty’s Government logically became the new customer.

To that effect, the first iteration of the Centurion entered into service in 1983. The then-new machine made history as the first MBT to sport the revolutionary Chobham composite armor. As the Fighting-Vehicles.Com website explains:

“Chobham is a composite armor, which is best described as a composition of hardened or dense materials, refered to as ceramics, which are bonded together and can give greater sustained protection than other armor types…What was pioneering about Chobham armor was not just the ceramic composition, but rather the bonding process used in its creation and the matrix the composition was fitted in…Chobham Armor was fitted across the upper glacis plate of the hull and turret front. During War Time the Challenger 1 was up-armored to Level 2, which saw a backing board mounted along the hulls sides and modules of either ceramics or Chobham inserted attached to it as well as a frame across the lower glacis plate with Explosive Reactive Armor. The Challenger 1 was in arguably the most heavily armored tank of the Gulf War and amongst its NATO Allies.“

Speaking of the Gulf War, the Challenger served with distinction therein. Indeed, it was during that 1991 conflict that British Challenger 1 set a still-unbroken record for the longest distance tank-on-tank kill. The record-breaking tank crew belonged to the Royal Scots Dragoon Guards. The victim was an Iraqi T-55, clobbered at a distance between 4,700 and 5,100 meters (nearly three miles); whether one chooses to believe the low or the high end of the estimate, it’s still the world record. All in all, Her Majesty’s Challenger 1 crews killed over 300 of Saddam Hussein’s Iraqi Army tanks without taking a single combat loss in return!

A total of 4,423 Centurions were built. Amazingly, some still remain in service — albeit in highly modified form — with Israel, Jordan, and South Africa; the South African National Defense Forces (SANDF) in particular have reduced theirs to the Olifant (“Elephant). But for the benefit of our readers in the Americas and the British Isles alike who don’t feel like traveling all the way to any of those countries to see a Centurion up close and personal, you’re in luck: there are no less than five specimens on display at The Tank Museum in Bovington, Dorset, UK.

The Challenger 1 officially remained in service until 2001, eventually replaced by the Challenger 2, which remains in service with the British Army as well as the Royal Army of Oman. Though the Challenger “sequel” (so to speak) hasn’t chalked up the impressive battlefield scoreboard tally as the original, it served quite capably during the Iraq War. In total 420 Challenger 1s were built, but as far as I know, the only one on museum display is the one at the entrance of that same Tank Museum in Bovington.