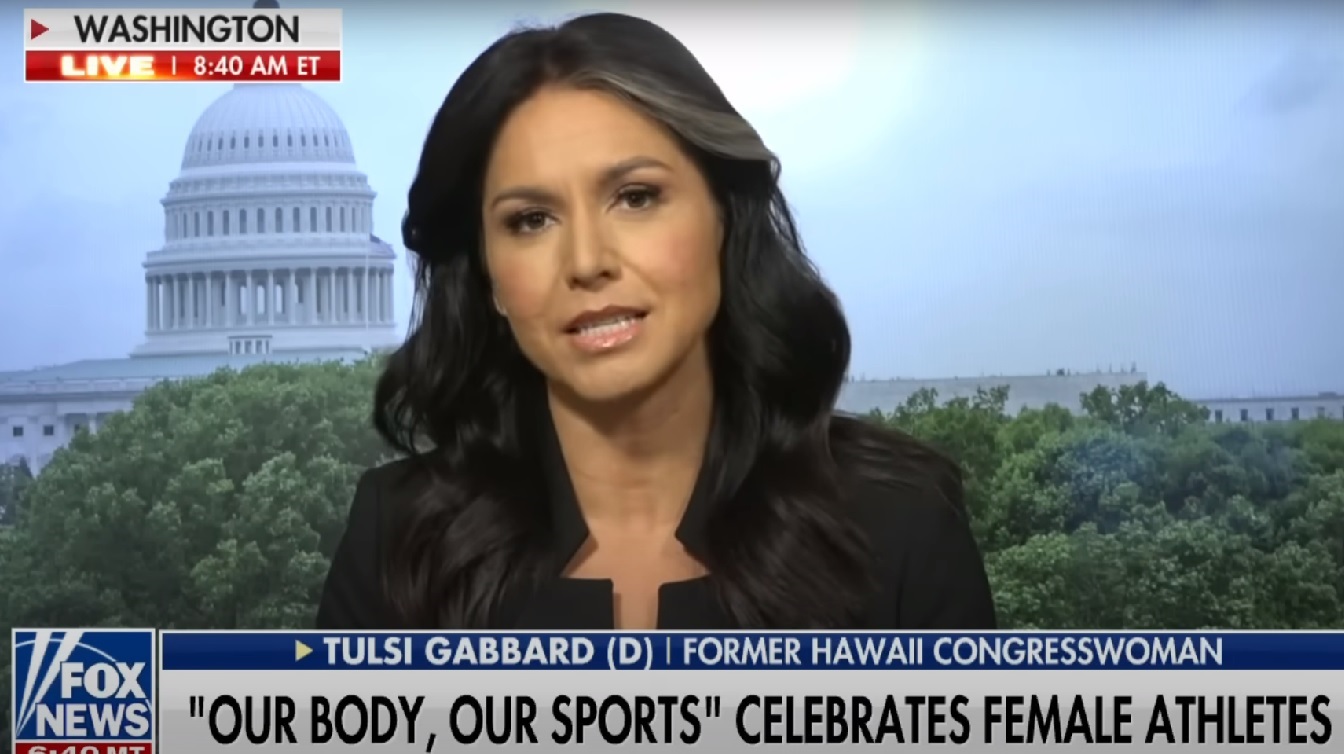 Anti-interventionist. Anti-woke. Populist. Tulsi Gabbard has been refreshing. Unlike so many of Gabbard’s contemporaries, who walk strictly partisan paths, and regurgitate the same refined, shallow talking points, Gabbard seems capable of independent thought and action.

While she ran a smart campaign, Gabbard was not a viable presidential candidate when she ran for the DNC ticket in 2020. She was a member of the House, first of all – and only Gerald Ford has ever jumped directly from the House to the White House (although he was not elected to do so). Gabbard also lacked experience; she had served less than a decade in the House (plus a three-year stint as Vice Chair of the DNC). Yet Gabbard had a much deeper influence on the 2020 election – and the corresponding debates – than her low polling numbers suggest.

After the first and second presidential debates of the 2020 DNC primaries, Tulsi Gabbard was the most googled candidate in the field. Understandably: she spoke with conviction – and with a speck of originality that most candidates seemed to last. Most notable about Gabbard’s platform were her anti-interventionist foreign policy views and her populist economic views.

With respect to foreign policy, the arena where Gabbard has most made her name, Gabbard supports vigorous anti-terrorism yet harshly criticizes US hyper-intervention abroad. “When it comes to the war against terrorists, I’m a hawk,” Gabbard said, but “when it comes to counterproductive wars of regime change, I’m a dove.” Gabbard argues that US interventions “undermine our national security and…actually increase the suffering of people in the countries where we wage them.” Once, when asked whether any US wars had been justified, Gabbard responded that there are very few examples, maybe World War II.

In Washington, where both parties ritually support perpetual US troop deployment, Gabbard is one of the very few people critical of US foreign policy. Naturally, Gabbard’s criticisms have made her a target; her critics –and indeed the mainstream media – smear her as a “Russian asset,” for example. While Gabbard is not in fact a Russian asset, she certainly deviates from the US consensus.

Watching the establishment pivot against Gabbard and watching outlets like NPR smear her as an “isolationist” is frustrating. Although, it makes sense. “We have seen for a long time how the mainstream media has been complicit in further pushing and pursuing the foreign policy establishment narrative,” Gabbard said. Still, you’d think the Harvard-Yale punditry would have more respect for Gabbard’s viewpoints: She is a combat veteran after all – the first female combat vet ever to run for office.

Gabbard has been a member of the US Army since 2003. She participated in the Iraq War. She credits the stresses of war for the reason her first marriage failed. Yet, the establishment dismisses Gabbard’s views on US warmaking; in the foreign policy establishment’s view, Gabbard is a gadfly. The establishment seems happy to assign credibility to civilian lawyers (Obama, the Clintons) as long as they say the right thing (invade Iraq, bomb Libya).

While foreign policy is the crux of Gabbard’s political identity, much of her domestic policy is also agreeable in my view. Gabbard has been highly critical of the US’s “broken criminal justice system,” saying that we put “people in prison for smoking marijuana while allowing corporations who are responsible for the opioid-related deaths of thousands…to walk away scot-free with their coffers full.” Amen.

Gabbard has also advocated for financial reforms, including monopoly-busting, protecting against predatory lending, and banning naked credit default swaps; she wants to reinstate the Glass-Steagall Act, which separates investment banking from commercial banking; and she has been critical of Wall Street.

Since Gabbard’s presidential run in 2020, she has taken a lot of heat from Democrats for displaying a relative openness toward “conservative” viewpoints. Gabbard has appeared numerous times on Fox News, including Tucker Carlson Tonight and The Ingraham Angle, where instead of serving as the DNC’s defender, she criticized House Speaker Nancy Pelosi and Representative Adam Schiff. Gabbard raised eyebrows when she celebrated Republican Glenn Youngkin’s victory over Democrat Terry McAuliffe in the Virginia gubernatorial election. She also supported Florida’s Parental Rights Bill, or “Don’t Say Gay” Bill. And generally, Gabbard is critical of identity politics, or “woke” culture, which of course drives Democrats into a tizzy. Well, roughly everything Gabbard does – anti-interventionist foreign policy paired with populist economic reform – drives Democrats into a tizzy.

In effect, Tulsi Gabbard has been quite helpful in exposing the Democrats for their true values.