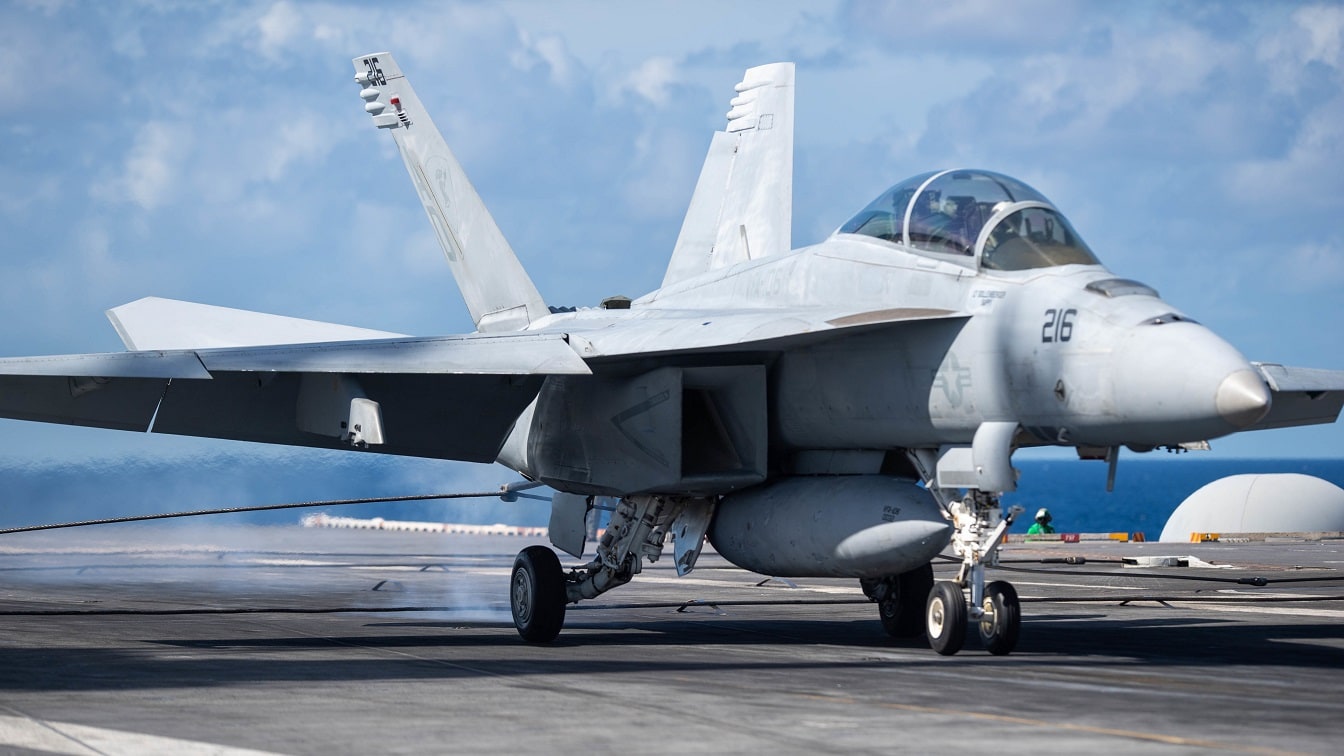 Lightweight Fighter Competition – The Forgotten Competition Between the F-16 and F/A-18 – Long before Mila Kunis, Ashton Kutcher, Laura Prepon, and the rest of their co-stars were entertaining TV audiences via their FOX-TV sitcom That 70s Show, the real world witnessed a U.S. Air Force program that could be nicknamed “That 70s Showdown.”

The program was called the Lightweight Fighter Competition, or LWF, and the end result was not one, but two living legends in the world of fourth-generation fighter jets: the F-16 Fighting Falcon, known to her pilots and crew chiefs as “The Viper,” and the F-18 Hornet. That’s correct, folks. As incredible as it might seem, these two, high-tech fighter jets, the stars of such major motion pictures as Iron Eagle and Top Gun: Maverick, are both in their 40s. Let’s now take a closer look at the program that spawned these two iconic warbirds.

“When the Air Force F-15 and Navy F-14 were being developed in the early 1970s, their performance—especially their speed and radar detection range—was unprecedented, and so was their price. Congress shuddered at the idea of such expensive machines being the fighter mainstays of the two services and directed the Air Force to explore less costly aircraft that could complement the F-15 and, later, the F-14…The Air Force’s Prototype Program Office at Wright-Patterson AFB, Ohio, launched the Lightweight Fighter (LWF) program in January 1972. The request for proposals specified a highly maneuverable fighter, with emphasis on reduced weight and cost.”

The U.S. Air Force selected those last two as finalists. (Yes, Lockheed eventually took over the F-16 program, but that didn’t occur until 1993.) General Dynamics and Northrop would each build two prototypes of their designs, designated the YF-16 and YF-17, respectively.

The companies were given free rein to innovate, and they made the most of the chance, producing two divergent and unconventional configurations. General Dynamics designed a blended airframe featuring a single engine and a bubble canopy that offered unparalleled visibility to the pilot. Northrop came up with a dual-engine, twin-tail concept with a large leading edge extension suggesting a hooded cobra—hence its initial working name of Cobra.

Meanwhile, in April 1974, perhaps motivated by a desire to one-up a Democrat-controlled Congress’s efforts to cut costs for Air Force and Navy fighter acquisitions, then-Defense Secretary James R. Schlesinger of the Nixon Administration ordered the services to explore a low-cost Air Combat Fighter, saying the ACF could emerge from the successful development of one of the LWF prototypes.

The YF-16 was first out of the starting gate, emerging from the General Dynamics plant at Fort Worth, Texas, on Dec. 13, 1973, its unique, futuristic shape adorned in a patriotic red, white, and blue color scheme to take full advantage of the extensive media coverage.

The following month, General Dynamics test pilot Phil F. Oestricher took the prototype on an impromptu maiden flight while making a high-speed taxi test at Edwards AFB in California. During the post-mission debrief, Oestricher reported the jet was responsive, and acceleration to maximum planned speed “was accomplished very quickly.” The test pilot praised the “outstanding visibility” afforded by the single-piece canopy, something he said would “impress all fighter pilots.”

Not to be outdone, the Northrop folks rolled out the YF-17 Cobra prototype from their Hawthorne, California, plant on April 4, 1974. two months later, Northrop Chief Test Pilot Henry E. Chouteau took the Cobra on her maiden flight, also at Edwards AFB. Chouteau bubbled over with enthusiasm during the debrief, remarking, “When our designers said that in the YF-17 they were going to give the airplane back to the pilot, they meant it. It’s a fighter pilot’s fighter.”

The Air Force wrapped up its flight evaluations of both competitors by late 1974, and on Jan. 13, 1975, then-Air Force Secretary John L. McLucas declared the General Dynamics YF-16 was the winner of the LWF Competition. On the Northrop side of the fence, only two YF-17s ended up being built, but those efforts weren’t in vain. It was selected for the Navy’s Naval Fighter Attack Experimental program, and it was eventually enlarged to the F-18 that we all know and love today. As an anonymous author on the Aerospaceweb.org website explains, “Though the USAF eventually selected the F-16, the US Navy felt that Northrop’s concept offered greater potential as a replacement for the aging A-7 Corsair attack fighter. Northrop and McDonnell Douglas agreed to jointly produce an F-18 fighter version for the Navy and an A-18 attack variant for the Marines, but the two missions were later combined. The result was the multi-mission F/A-18 Hornet.” 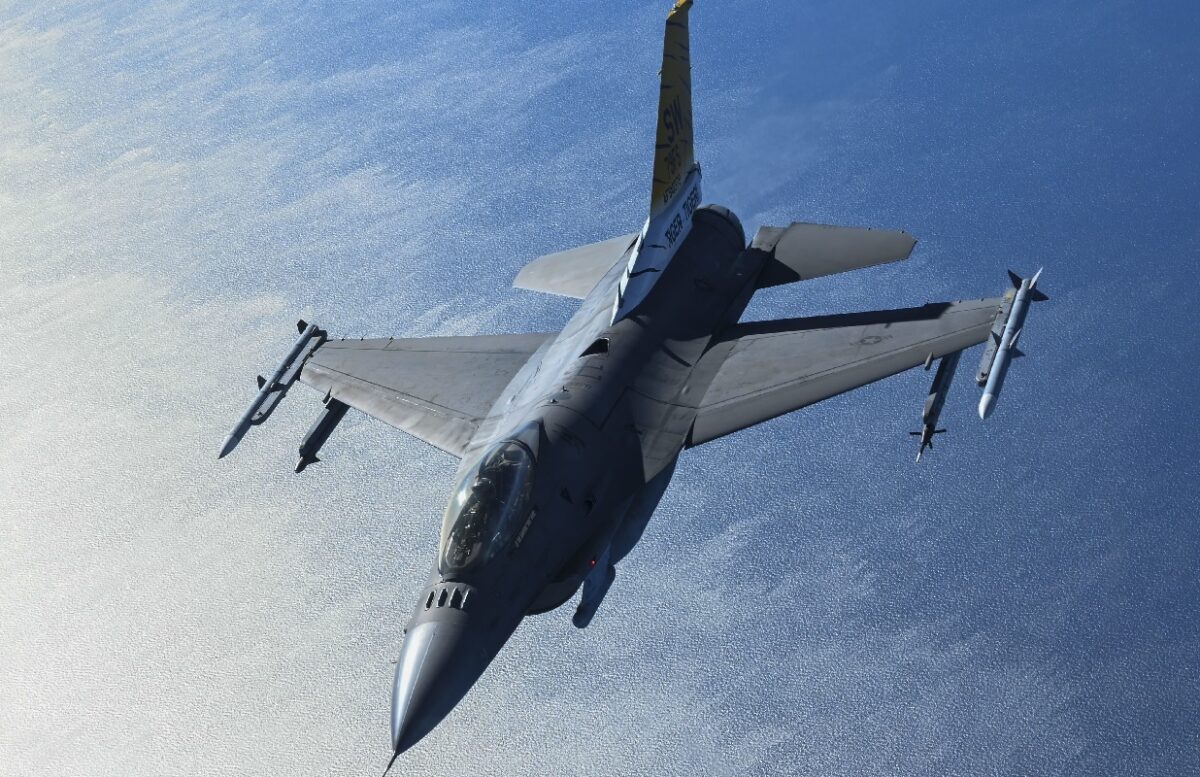 The rest, as they say, is history. For anybody who is interested, those two YF-17 airframes are now on display at the Western Museum of Flight in Torrance, California, and Battleship Memorial Park in Mobile, Alabama.