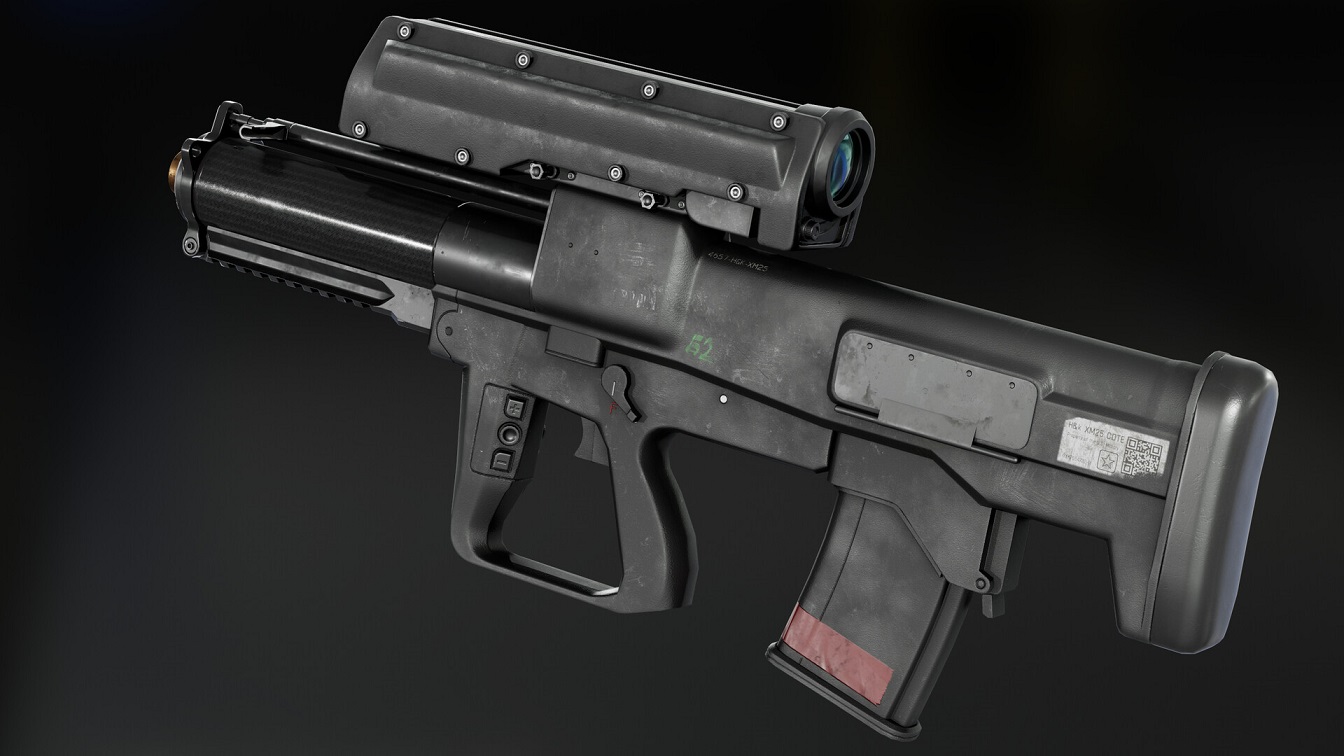 The U.S. Army has built countless weapons platforms for different eras to battle various types of enemies. The XM25 was oozing with lots of potential and seemed like a powerful grenade launcher-style weapon. Sadly, the Army had to pass on it after some serious problems:

“Say Hello to my little friend.” That iconic scene with Al Pacino as Tony Montana in the classic 1983 crime drama film Scarface was probably the first exposure to man-portable grenade launchers for many Hollywood audience members; the specific weapon in question was the M203 40mm grenade launcher.

Four years later, thanks to the late great Stanley Kubrick’s Vietnam War film Full Metal Jacket, those same Hollywood audiences got to view the M203’s predecessor, the shotgun-lookalike M79 AKA “The Blooper,” which is wielded by the character T.H.E. Rock (portrayed by actor Sal Lopez).

As battle-proven as both of those weapons are, however, grenade launchers, like other weapons technologies, have not remained frozen in time.

With that in mind, the XM25 25x40mm grenade launcher was designed. However, the XM25 did not enjoy the long-term success that the M203 and “The Blooper” both did. Let’s see why it failed.

“The Truth Is Out There, Scully”: Creation of the XM25 Files

The XM25 Counter Defilade Target Engagement (CDTE) System, known informally as “The Punisher” and the Individual Semiautomatic Burst System, was initially designed in 2005 as a joint venture between Heckler & Koch (HK) and Orbital ATK (which was acquired by Northrup Grumman in 2018 and renamed Northrop Grumman Innovation Systems). It was built as a semi-automatic grenade launcher designated to fire ‘smart’ grenades — aided by a laser range finder — set to explode in mid-air or near a target, peppering enemy fighters with shrapnel.

The ammunition reservoir was a 5-round detachable box magazine. For basis of comparison and contrast, the M79 was a single-shot break-action, whilst the M203 is a single-shot pump-action weapon.

The idea behind the “smart” grenades, or programmable grenades, is to defeat cover being used by enemy combatants more efficiently, i.e., without having to either outmaneuver that cover — wasting precious time and risking your own troops’ lives in the process — and/or having to resort to overkill by, say, blowing up an entire building. Put another way, to quote Steven Gilbert, project officer for the Small Arms Grenade Munition (SAGM) project, the ordnance would “provide the small-unit grenadier with a higher probability of achieving a first-shot kill” at increased ranges. On paper at least, it equated to a whopping 300 to 500% boost in hit probability.

Why the XM25 Failed

With that in mind, and with the Pentagon’s budgetary blessing, the U.S. Army began test-firing the XM25 prototypes in September 2005 at the 7t Army Training Command’s Grafenwoehr Training Area, followed by preliminary real-world combat deployment to Afghanistan in late 2010.

In the latter environment, the wonderful in-theory capabilities of the weapons system, unfortunately, translated to underwhelming results and impressions in practice.

For one thing, the launcher weighed 14 pounds (6.35 kilograms) empty, roughly double that of an M4 carbine. Once you factored in the primary load of 36 rounds of ammunition, the total package bulked up to 35 lbs (15.87 kg)—again, twice as much as the carbine.

Speaking of carbines, another complaint about the XM25 was that it meant one less rifleman available in the infantry squad — a sharp contrast to the M203, which was specifically designed to be mounted underneath a rifle — and replaced that rifle with a weapon that’s virtually useless in close-quarters battle (CQB).

In fact, in 2013, a Ranger unit in Afghanistan raised quite a few eyebrows when they refused to take the XM25 along, preferring to stick with their trusty M4s instead.

To make matters worse, in that same year, a soldier was injured in Afghanistan when the weapon apparently attempted to double-feed, i.e. load two grenades at once.

The design went back to the manufacturers to improve user safety. Ergo, three years later, the $41,000 USD weapon now presented U.S. taxpayers with a $93,000 price tag, which is $90K more than a fully customized M4A1. This was the last straw the purse string-holders in the Pentagon and Congress; in April 2017, the Army cancelled the XM25 contract with Orbital ATK and officially terminated the entire XM25 program in July of the following year.

Okay, So Now What?

“You can’t win ’em all,” the saying goes, not even HK with its long history of product innovation and knack for winning government contracts. The prospective successor to the XM25 program is the Army’s so-called “Precision Grenadier System” (PGS). Time will tell if this one turns out to be more successful, so stay tuned, ladies & gents.

Expert Biography: Christian D. Orr is a former Air Force officer, Federal law enforcement officer, and private military contractor (with assignments worked in Iraq, the United Arab Emirates, Kosovo, Japan, Germany, and the Pentagon). Chris holds a B.A. in International Relations from the University of Southern California (USC) and an M.A. in Intelligence Studies (concentration in Terrorism Studies) from American Military University (AMU). He has also been published in The Daily Torch and The Journal of Intelligence and Cyber Security. Last but not least, he is a Companion of the Order of the Naval Order of the United States (NOUS).