Top Gun could have gone bad. After watching both the Tom Cruise movies, you probably thought the F-14 Tomcat had no problem intercepting enemy airplanes and winning supremacy in the skies. You wouldn’t guess the Tomcat had an issue that almost sank the U.S. Navy’s prized fighter. Its early engines did not work well and even led to the loss of some 40 airplanes.

(Check out our new original video shot at the Air and Space Museum and get up close to the F-14 Tomcat.)

Tomcat and TF30 Engine: A Match Made In Hell

Not to pick on Pratt & Whitney too much, but its TF30 engines were not a good match for the Tomcat. They were meant for another era and another airplane. They had been designed for the Air Force and Navy’s F-111B, which was one of the most troublesome airplanes of the 1960s, and more of a bomber than a fighter. The TF30 was supposed to power the F-111B to MACH 2 speeds. But the F-111B had numerous compressor stalls that could cause an emergency shutdown.

Despite the F-111B’s foibles, somehow the F-14 was propelled by the same engine. The TF-30 turbofan engine had an inauspicious start. Pratt & Whitney planned that it would be installed on the civilian and military DC-9 transport airplane in 1966. But with its 20,000 pound thrust, Pratt & Whitney thought it could be used on fighters since it had the capacity for an afterburner. That is how it ended up on the F-111B that gave test pilots fits. The airplane was considered a “Flying Edsel” by some pilots and the engines were seen as a prime culprit for the struggles the F-111B went through. Pratt & Whitney stopped production of the engine in 1986, but not before it was installed on the F-14.

The Tomcat had to struggle with the TF-30 engine too. When aviators gave the F-14 too much throttle too quickly at high angles of attack, which is what flying a fighter is all about, the engines gave way to compressor stalls. Sandboxx News recounted a refrain heard from F-14 pilots – that this was a “nice aircraft powered by two pieces of junk.”

Fly the Engine, Not the Plane

Also, the F-14 had nine feet of space between each engine. So, if one engine had a stall, it created a flat spin that could be uncontrollable. That’s not all that could happen to the Tomcat in the TF-30 days. The engine blades could fail which put even more pilots in danger. More than three dozen F-14s would be lost – some the result of the faulty engines.

Even the Navy Civilian Chief Was Worried

Secretary of the Navy John F. Lehman Jr. revealed that the TF30 engine “in the F-14 is probably the worst engine-airplane mismatch we have had in many years. The TF30 engine is just a terrible engine and has accounted for 28.2 percent of all F-14 crashes.”

This problem carried on throughout the 1990s. Even more aviators complained that the F-14 was a handful to fly at low speed and low altitude – necessitating extreme care on a carrier take-off and landing. One tragedy happened to the Navy’s first woman carrier aviator. Lt. Kara Hultgreen fatally crashed her F-14 off San Diego during a routine patrol when she tried to land on the USS Abraham Lincoln in 1994. The Navy determined that the TF30 engine was at fault and did not include pilot error as some suspected. Her F-14 lost power in one engine. This and other accidents had Congress wanting to investigate the engines in 1995. 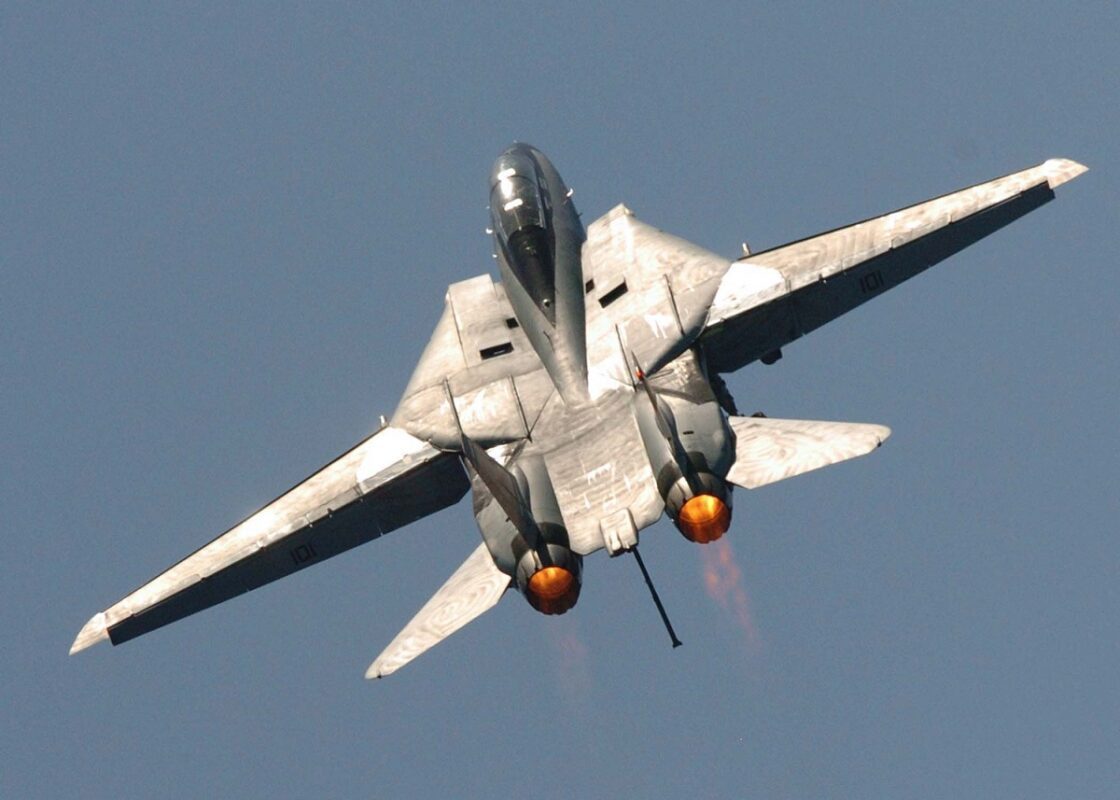 Then the Super Hornet Replaced the Tomcat

This scrutiny helped partially solve the problem. By 1996, the navy began replacing newer F-14s with the General Electric F110-GE-400 engines. But many of the older F-14As carried the faulty TF30 into the early 2000s. By then, the F/A-18E/F Super Hornet was successfully proving to naval aviation that its superior attributes would allow for the Navy to finally hasten the F-14’s retirement in 2006.