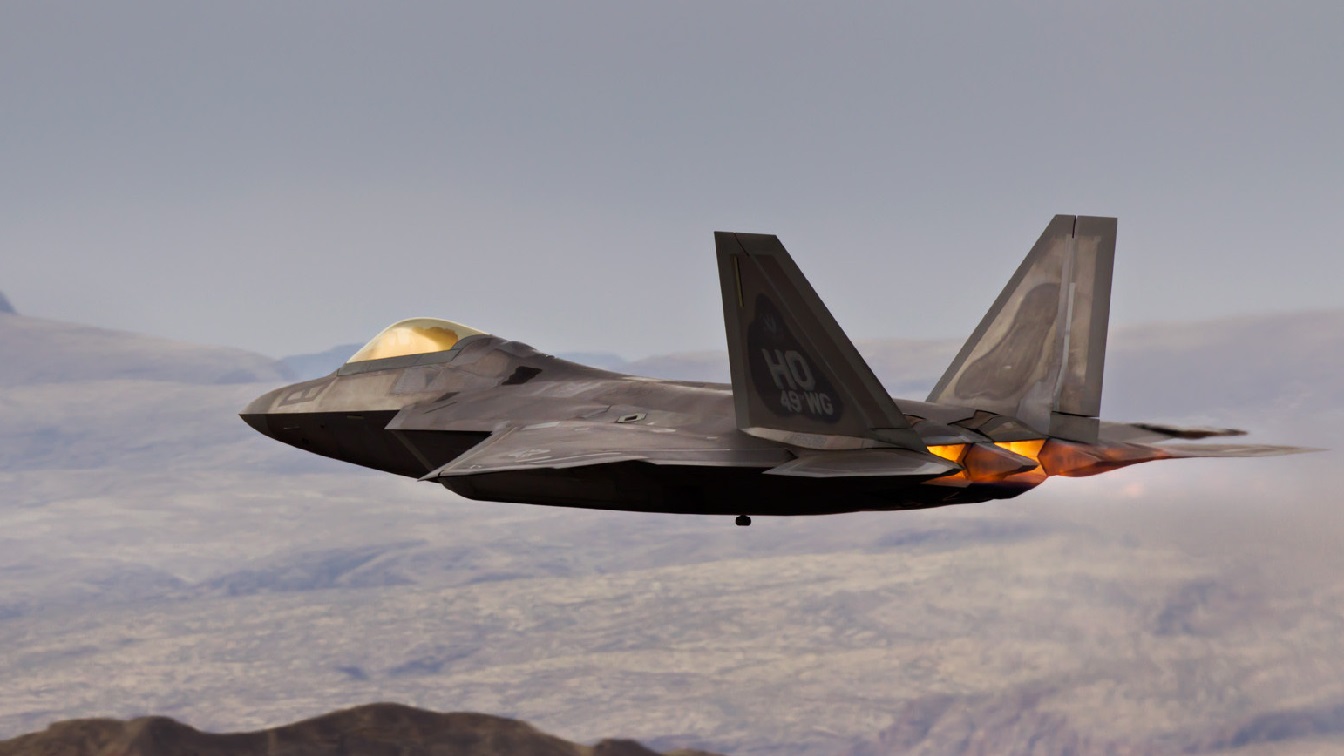 The F-22, in many respects the most advanced fighter jet ever created, ended its production run in 2011. While the F-22 remains in service, with 187 operational airframes flying with the US Air Force, no new F-22s will be built, meaning what we have is what we’ve got.

Was ending production of the F-22 a mistake? Probably not. But it was likely irreversible.

F-22 Raptor: Simply the Best But What About That War on Terror?

When it comes to air superiority, the F-22 is the probably the best aircraft ever made; the F-22 was intended to replace the F-15 Eagle, which itself has an undefeated track record in air-to-air combat.

Initially, the Air Force had intended to buy 750 F-22s to create a legitimate fleet of stealth dog fighters, rendering the F-15 obsolete.

But the F-22, which was first blueprinted in the 1980s and flight tested in the 1990s, was of a different time. After 9/11 and the reactive invasions of Iraq and Afghanistan, the US became embroiled in counter-terror and counter-insurgency operations against nations that flew obsolete, ineffectual fighter jets. The US didn’t need a fifth-generation F-22 to take down fifty-year-old Iraqi MiGs.

By 2011, wars were ongoing in multiple theaters – neither of which relied upon the F-22 – the costly funding of F-22 production was axed. So today, while the F-22 is revered for its capabilities, only a few are operational.

“Now the United States faces concerns about its dwindling fleet of F-22 Raptors that were once intended to replace the F-15 outright,” Alex Hollings wrote for Business Insider. “Only around 130 of those 186 delivered F-22s were ever operational, and today the number of combat-ready F-22s is likely in the double digits.”

Clearly, the F-22 is not the future of the Air Force. The F-22s, which have a shelf-life, are still being flown regularly – meaning that the end of their service run is approaching gradually.

“But America needs an air superiority fighter that can stand and swing with the best in the world,” Hollings wrote, “and as capable as the F-15EX II may be, it lacks the stealth it would need to survive an open war with a nation like China or Russia.”

And while the US is developing the sixth-generation NGAD program – that product won’t be ready for a decade or more. “American’s air-superiority mission now runs the risk of not having the jets it needs for a high-end fight if one were to break out – as unlikely as that may be.”

Yet, the US can’t simply restart Raptor production to fill the air superiority gap. The costs to do so would be exorbitant.

“In a report submitted to Congress in 2017, it was estimated that restarting F-22 production would cost the United States $50 billion just to procure 194 more fighters,” Hollings wrote. “That breaks down to between $206 and $216 million per fighter, as compared to the F-25’s current price of around $80 million per airframe and the F-15EX’s per-unit price of approximately $88 million.” As I said, the price of restarting the F-22 production would be exorbitant. But would it be worth the investment? Probably not.

Is the Time of Raptor Over?

The role of dogfighting has decreased dramatically in modern warfare, accounting for improvements in both offensive and defensive technologies. A pure air superiority fighter was more foundational to Cold War doctrine than twenty-first-century doctrine.

Granted, the US needs an air superiority fleet. But restarting the F-22 program, on the off chance that America needs them for combat over contested air space in either Russia or China, is probably not worth the investment. Open conflict with either Russia or China should be avoided at all costs, given that each nation is a nuclear power. Making such an investment as egregious as restarting Raptor production to facilitate conventional war with nuclear powers is a bad investment.