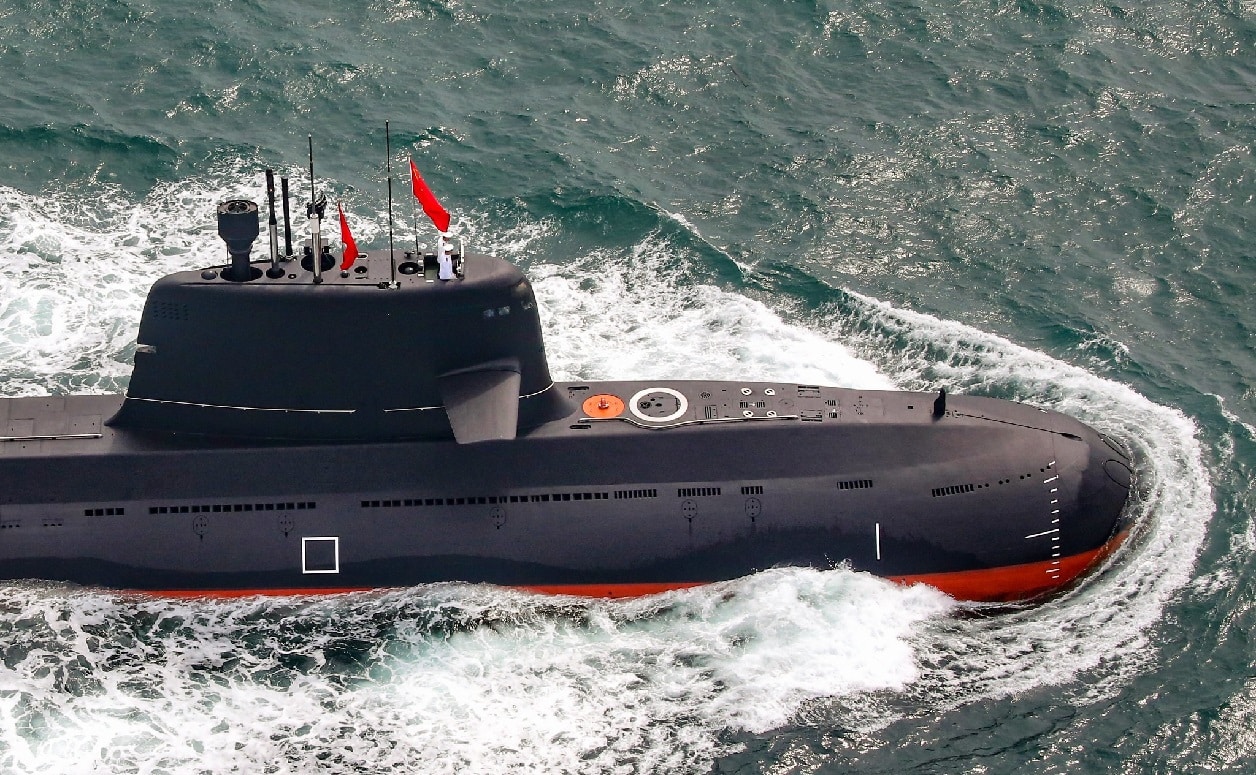 After articles describing the submarines of Taiwan, Japan, South Korea, and North Korea, it’s a matter of logical progression for me to discuss at least one of the many submarines of America’s biggest adversary in the USINDOPACOM Area of Responsibility: China’s People’s Liberation Army Navy (PLAN). One particular PLAN sub class that has been grabbing attention as of late has been Type 039A-class diesel-electric boats, known by the NATO reporting name of Yuan-class.

Though not as powerful or sophisticated as nuclear-powered attack subs (SSNs), diesel-electric submarines should not be taken lightly. As Giunio G. Santi and Francesco Popia point out in the March 2021 issue of the U.S. Naval Institute’s Proceedings magazine, “Today, the only real difference between a nuclear-powered submarine and a conventional diesel-electric boat is underwater range. Size, performance, noise, layout, weapons, sensors, and so forth are simply the consequences of the type of propulsion adopted. While the nuclear plant’s ‘kettle’ is always boiling, the conventional boat has to let her diesel engine breathe from time to time.”

What stands out about the Yuan-class submarines is that they are the first PLAN subs to employ air-independent propulsion (AIP) to help mitigate the underwater endurance limitations inherent to diesel-electrics. India’s News9Live website provides this handy definition of AIP: “Air Independent Propulsion or Air Independent Power is any marine propulsion technology that allows non-nuclear submarines to operate without access to atmospheric oxygen. An AIP can augment or replace the diesel-electric propulsion system of non-nuclear vessels.”

Santi and Popia provide some additional insight on the advantages conferred by AIP: “AIP systems convert chemical energy (typically from hydrogen) into electric power at relatively high efficiencies—70 percent versus 35 percent for diesel engines. Thus, the risk of radar and visual detection during ‘snorting’ is mainly present during transit to and from the target zone. (‘Snorting’ is submariner jargon for the leg of transit close to the surface when the snorkel head is lifted out of the water to take in air for the diesel engine.)”

Thanks to this AIP technology, the Type 039A is presumed to be one of the quietest diesel-electric submarine classes in service. It is based on the Type 39 class (NATO reporting name: Song-class) and considered to be its direct successor. But it bears little resemblance to its predecessor. Built at the Wuhan Shipyard, the first of the Yuan-class subs (SS-330) was commissioned in 2006, with 19 more such boats added to the fleet since then, most recently in 2021.

According to the Seaforces-online info page, these warships boast a hull length of 77.6 meters, a beam width of 8.4 meters, and a draft of 6.7 meters. The boats have a displacement of 2300 tons on the surface, and 3,600 tons while submerged. Speed is 20 knots (37 kilometers per hour), with a range of 12,000 km. Crew complement is 65. Armament consists of six 533mm torpedo tubes capable of wielding either YU-6 heavyweight torpedoes or YJ-18 anti-ship missiles.

In a July 2015 essay published in USNI News, Henry Holst – then an M.A. candidate in Strategic Studies and International Economics at Johns Hopkins School of Advanced International Studies (SAIS) – asserted that, “While the Yuan is undoubtedly capable of traditional SSK mission roles such as regional intelligence-gathering and coastal defense, trade-off analysis suggests the Yuan was designed primarily as an anti-ship cruise missile (ASCM) platform capable of hiding submerged for long periods of time in difficult-to-access shallow littorals.”

However, in the following month’s issue of USNI News, retired U.S. Navy Capt. Christopher P. Carlson wrote a rebuttal in which he stated that “the Type 039 A/B Yuan-class is, in fact, an open-ocean submarine designed to meet the needs of the PLAN’s near-seas active defense aspect of their maritime strategy, and not primarily a boat to operate in Taiwan’s coastal waters.”

Be that as it may, an August 2022 article by H.I. Sutton in Naval News reports that the latest variant of the Yuan-class – about which very little is known other than “being distinguished by a radically angled sail,” has been stationed near Taiwan as part of Xi Jinping’s intimidation campaign against the island nation. As noted in one of my articles hyperlinked in the opening paragraph of this piece, the Taiwanese Navy’s submarine fleet is too old and dilapidated to put up a serious fight against the PLAN subs. This means it would be up to America’s SSN fleet, and ASW warplanes such as the P-3 Orion and P-8 Poseidon, to properly address the Yuan threat in a hypothetical shooting war in the Taiwan Strait.