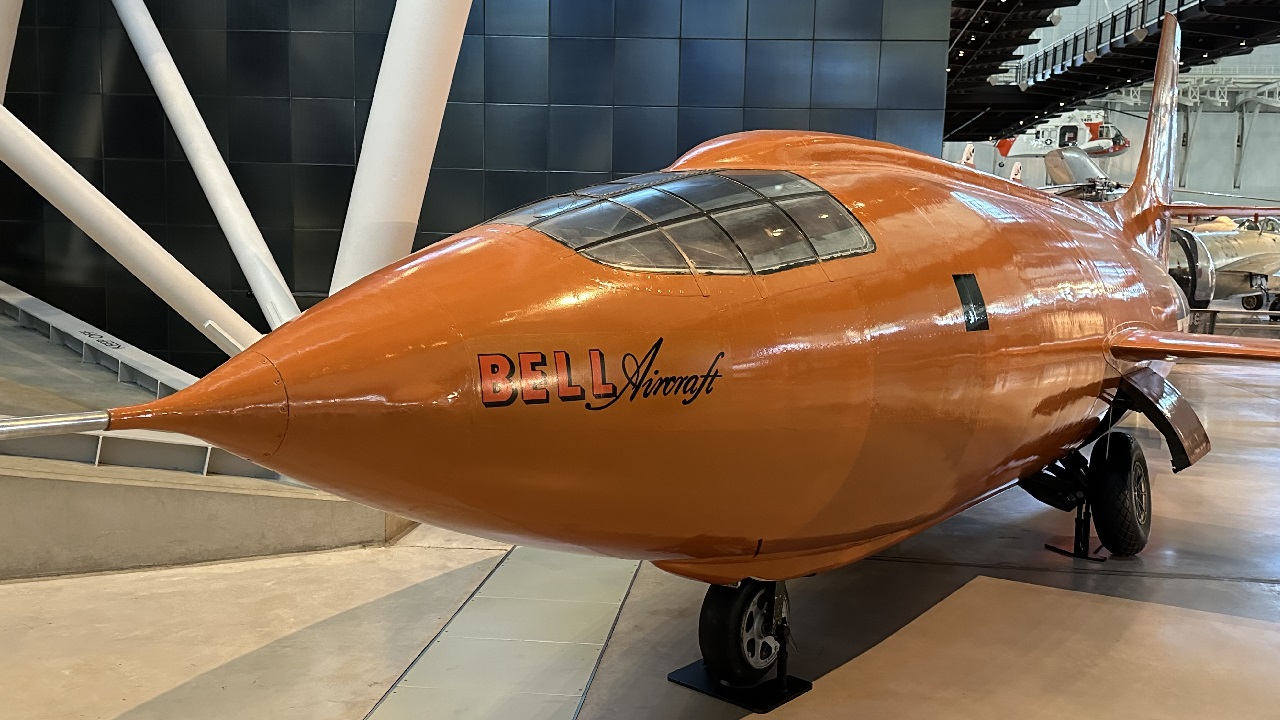 The 19FortyFive crew visited the National Air and Space Museum and created some amazing videos detailing some key aircraft that have changed aviation history. One of those planes we can take you right up close to thanks to the video below is the Bell X-1.

When it comes to testing airplanes the “X” designation means experimental. The first X aircraft was built in 1945 by Bell in partnership with the U.S. Army Air Forces (later named the Air Force) and NACA (which became NASA). The Bell X-1 was the first aircraft to break the sound barrier. It was flown by famed test pilot Chuck Yeager who was able to coax ultra-high speeds out of the X-1. Yeager pushed the X-1 to a speed of 700 miles per hour (MACH 1.06) to beat the sound barrier on October 14, 1947, at an altitude of 43,000 feet.

Carried and Deployed by a Bomber

The X-1 was airlifted into its flight pattern by a Boeing B-29 Superfortress or B-50 and dropped. Then it sparked up its rocket engine. Yeager was far from finished after that stupendous flight over the Mojave Desert near Muroc Dry Lake, California. He pushed what he called the “Glamorous Glennis” to more record breaking feats. The X-1 flew 78 missions. By 1948, Yeager had a hot rod on his hands. The X-1 reached the speed of 957 miles per hour (MACH 1.45) at 71,900 feet.

Bell received the contract to build three of the original X-1s, then called the XS-1 standing for “Experimental Sonic-1.” The first glide flight test happened in October 1946 while the first powered flight was conducted in December of that year.

The X-1 became a research and technology demonstrator with other test pilots under the supervision of NACA. The aircraft pushed the envelope to collect data on various maneuvers including turns and pull-ups. Engineers and scientists studied the “wing pressure distribution, stability and control, and stabilizer effectiveness.”

After the Air Force canceled the third X-1, NACA took over its testing. That’s when an accident happened in which the third X-1 exploded in 1951. This resulted in the destruction of both the experimental craft and the B-50. The test pilot suffered serious burns and spent almost a year recovering.

Yeager had earlier made his final flight on the X-1 in 1950. Yeager was one of the most colorful test pilots in history. He originally beat out 125 pilots who had more experience to fly the X-1. After his X-1 exploits, Yeager continued flying experimental aircraft throughout the 1950s. He even flew 120 combat missions in Vietnam.

I once interviewed Yeager when I was a young journalist in the late 1990s. Yeager was crusty, grouchy, and reticent to talk to the media, but he answered my questions about his long history of flying. I was starstruck and didn’t dare ask any tough queries. He said that he was just doing his job. Now I can say I met the legendary pilot. 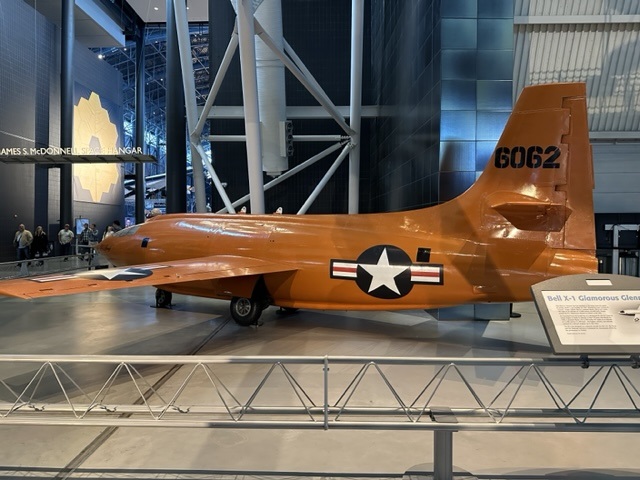 The X-1 program showed that the United States aerospace efforts exhibited maximum innovation and ingenuity. It was an exciting time for aviation as the aircraft ushered in the supersonic age. Glamorous Glennis now resides at the National Air and Space Museum.