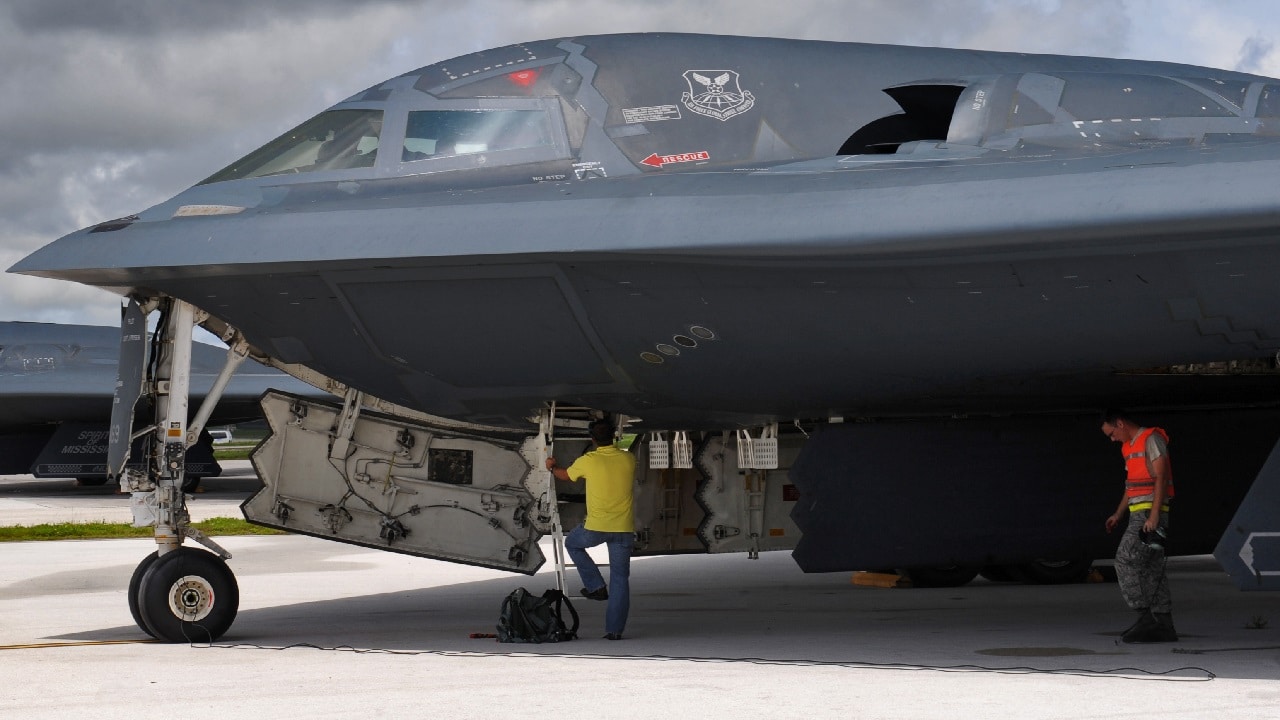 While many of those aircraft were sold or scrapped after the war, fearing another conflict, the United States Air Force maintained a large bomber fleet for decades.

How Many Bombers Does the Air Force Have in 2022?

However, the current U.S. Air Force’s bomber force is significantly smaller than it was during the Cold War, and the United States hasn’t even produced a bomber in more than two decades.

Moreover, there was a time when the Air Force operated a wide variety of bombers – but today, it is down to three aircraft, including the Boeing B-52 Stratofortress, the Rockwell B-1 Lancer, and Northrop Grumman B-2 Spirit.

All three aircraft are now entering the twilight of their service, as the Northrop Grumman B-21 Raider is on track to enter service by 2030.

While numbers can vary based on availability, there are only 141 bombers in the U.S. Air Force at present. However, while that might not seem like a lot, the damage they can unleash certainly is.

Boeing B-52 – The Cold War Workhorse

Currently, seventy-six B-52s remain in service, and with its latest upgrades, the final aircraft could remain flying until the 2050s. 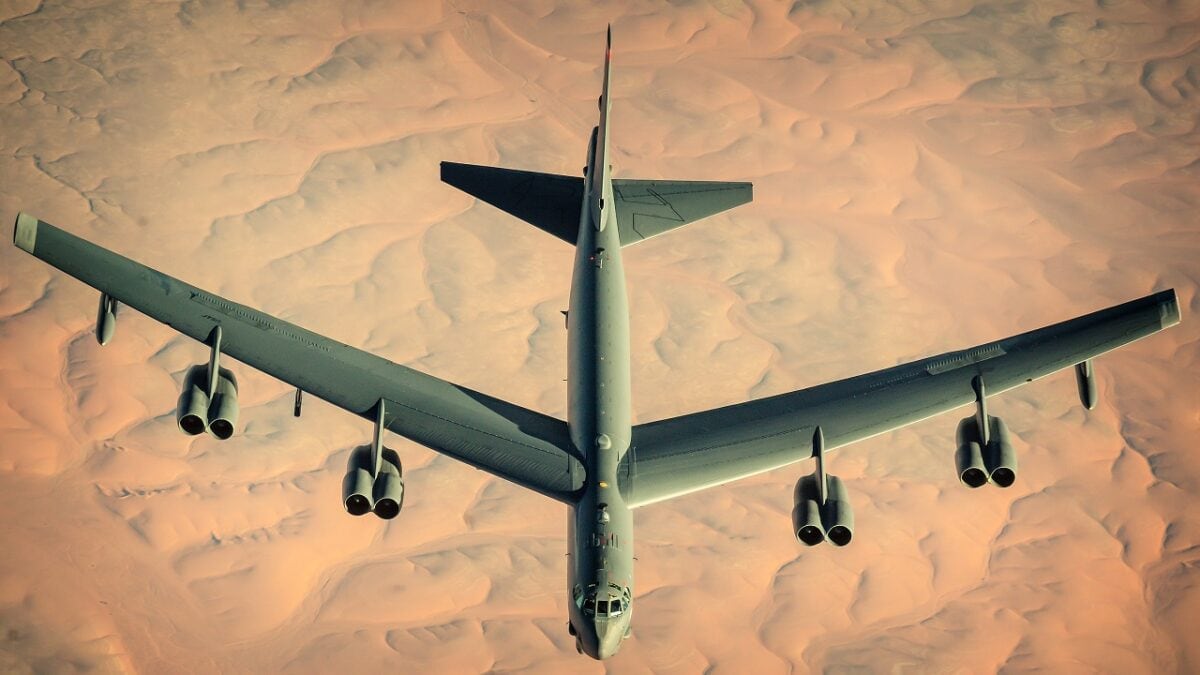 Rockwell B-1 Lancer – The Old Bone is Still Flying

The supersonic variable-sweep wing heavy bomber was developed to combine the Mach 2 speed of the B-58 Hustler with the range and payload of the B-52.

The original plan was for it to replace both bombers. That didn’t happen, but the B-1 Lancer – commonly known as the “Bone” from “B-one” – was actually canceled by the Carter administration, only to be revived by President Ronald Reagan.

Four B-1A prototypes were built, while an additional 100 B-1Bs were produced. The fleet has been gradually reduced, and currently, just forty-five of the original 100 are still in use – operating from Ellsworth Air Force Base (AFB), South Dakota, and Dyess AFB, Texas. The final aircraft will likely limp along until they’re retired by the end of the decade when the Northrop Grumman B-21 Raider enters service. 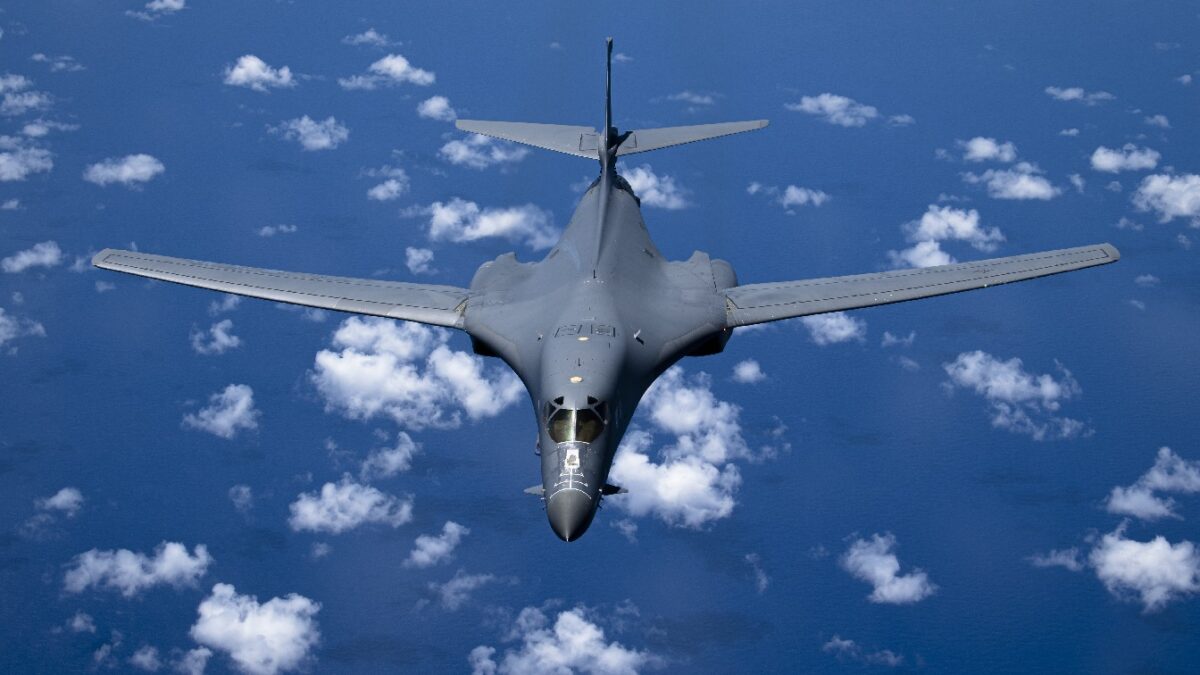 A U.S. Air Force B-1B Lancer, attached to the 34th Expeditionary Bomb Squadron, Ellsworth Air Force Base, South Dakota, flies over the Pacific Ocean after taking off from Andersen Air Force Base, Guam, June 12, 2022. Bomber Task Force missions contribute to joint force lethality and deter aggression in the Indo-Pacific by demonstrating the United States Air Force’s ability to operate anywhere in the world at any time in support of the National Defense Strategy. (U.S. Air Force Photo by Tech. Sgt. Chris Hibben)

The Northrop Grumman B-2 Spirit – the Spirit in the Sky

For aviation buffs, actually seeing a Northrop Grumman B-2 Spirit in flight is a huge deal, simply because just twenty-one were built, and following the 2008 crash of AV-12 “Spirit of Kansas” – the most expensive U.S. Air Force aviation mishap in history – just twenty remain in operation.

The United States Air Force had originally planned to purchase 132 of the heavy strategic bombers, which were designed with low observable stealth technology to penetrate dense anti-aircraft defenses. However, with the dissolution of the Soviet Union, along with high operating costs, the program was slashed by Congress in the early 1990s. 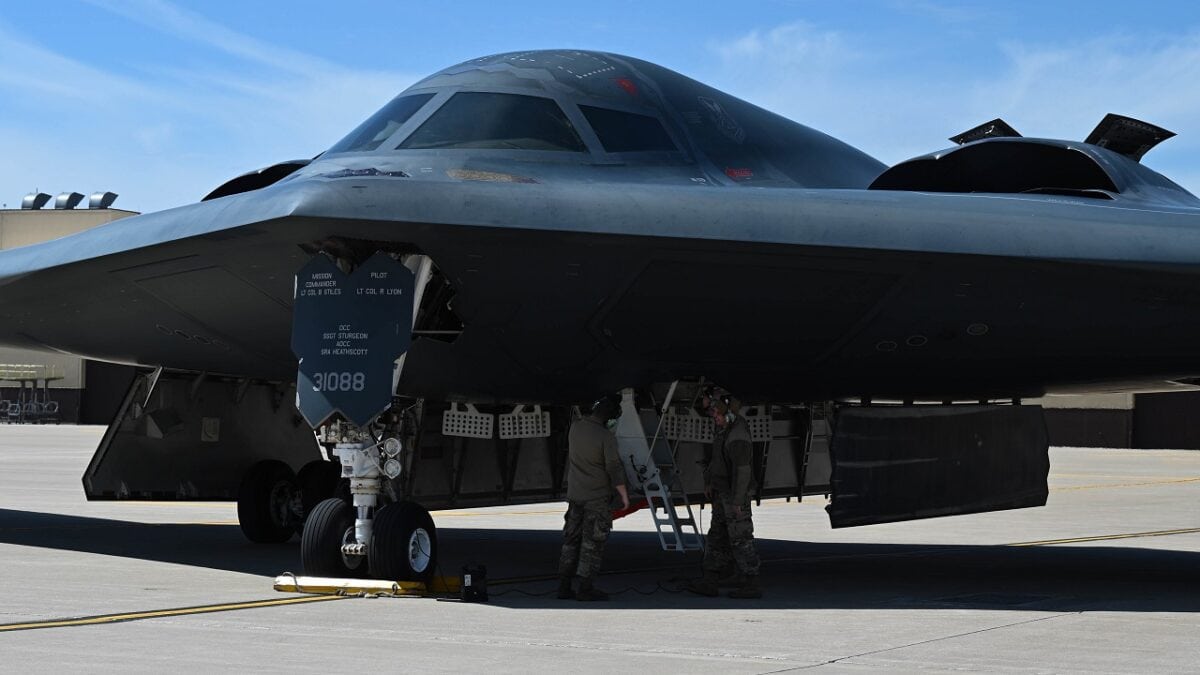 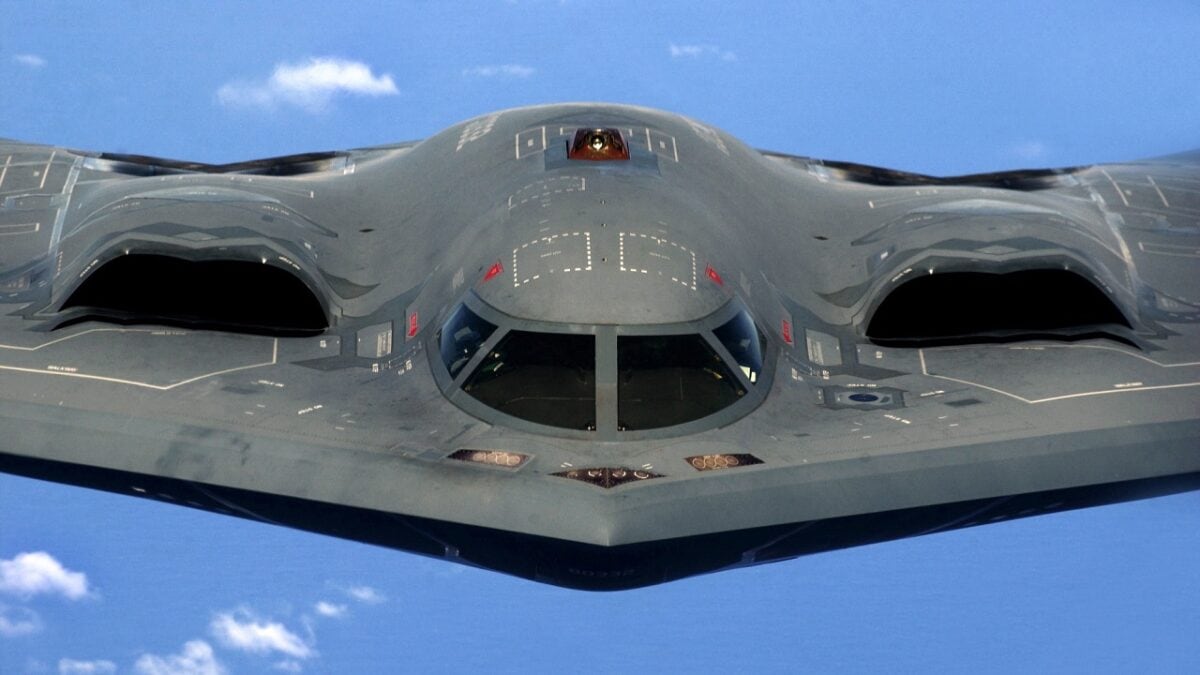 Though designed originally as primarily a nuclear bomber, the B-2 was first deployed in combat operations to drop conventional, non-nuclear ordnance in the Kosovo War in 1999. The Spirit later served in Iraq, Afghanistan, and Libya.

The last B-2 Spirit was produced in 2000 – and the bombers are expected to remain in service until at least 2032.