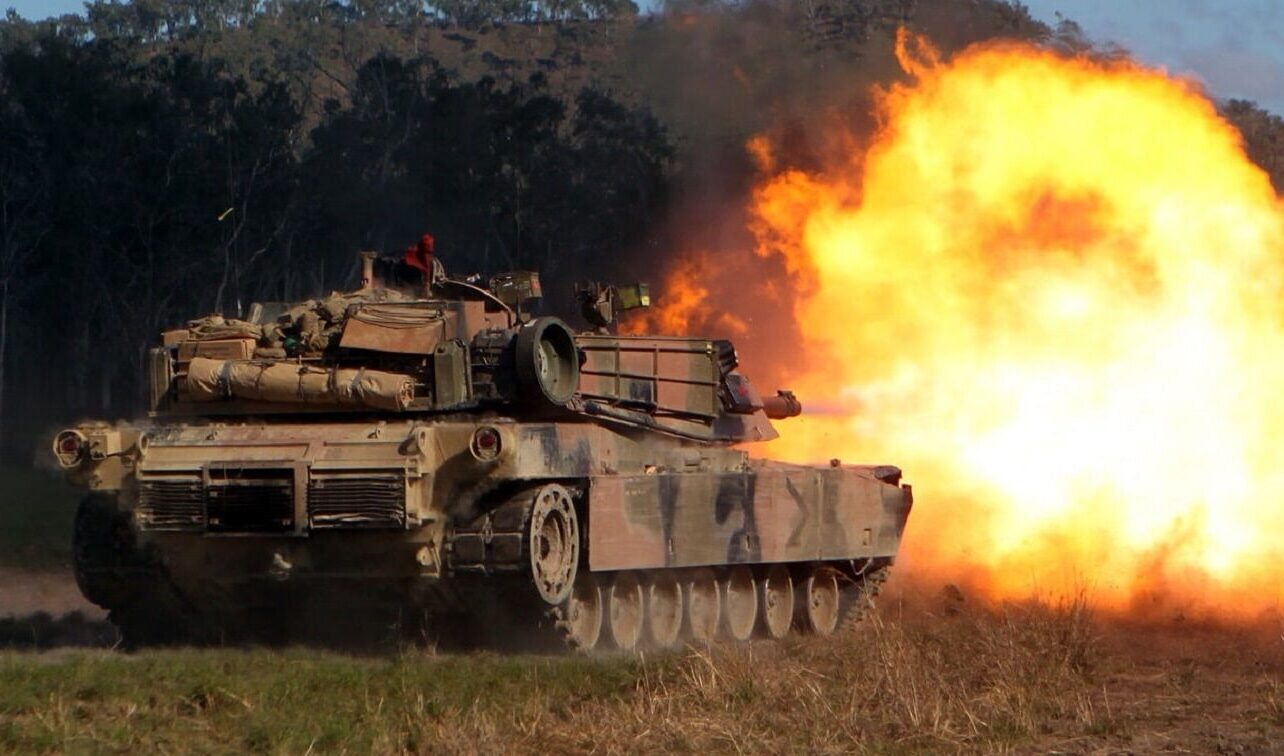 Leclerc – One amazing tank from France: “I would rather have a German division in front of me than a French one behind me.”

That is one of General Patton’s more famous quotes — or infamous, if you’re a Francophile. Shortly after I left the U.S. Air Force, I shared that quote with a USC buddy of mine who was a fellow military veteran, and his reply to me was, “Not fair to the French, Chris.” He proceeded to extol the virtues of Free French General Philippe Leclerc de Hauteclocque and the 2nd Armored Division. Turns out that General Leclerc was indeed a hero. So revered was he that not only was Leclerc posthumously tabbed as Marshal of France in 1952, but he even had a main battle tank named after him. The latter honor puts Leclerc in the same category as General Patton, which probably makes Old Blood and Guts roll over in his grave, but them’s the breaks.

Origins of the Leclerc

The Leclerc main battle tank replaced the AMX-30, which had entered service in 1966. Though initially designed in 1983, the Leclerc didn’t go into production until 1991 and didn’t reach service until the following year, thus missing out on France’s participation in Operation Desert Storm.

The tank was manufactured by Nexter Systems – previously known as GIAT Industries and founded in 1973 – which is located in the commune of Roanne, in the Auvergne-Rhône-Alpes region of southeastern central France. Nexter currently employs 4,000 and is in turn part of the KNDS defense industry joint holding company headquartered in Amsterdam.

Nexter built a total of 862 Leclerc tanks, with the last one rolling off the assembly lines in 2007. However, the company still retains the capacity to resume production of the armored beasts if called upon to do so. According to the Army Recognition website, there are currently 200 Leclercs in the French Army tank fleet, and another 390 with the Armed Forces of the United Arab Emirates. In 2020, the Emiratis donated 80 of their Leclercs — or Zayed tanks in their own parlance — to Jordan. A little Dubai oil money goes a long way in fostering such generosity, I reckon.

The end product is an impressive one. The Leclerc weighs 55 tons, which, as my 19FortyFive colleague Brent M. Eastwood points out, makes it relatively lightweight compared with other MBTs. This helps make it more agile and maneuverable. Other NATO allies’ tanks are much heavier: The British Challenger 2 weighs 71 tons, the German Leopard 2 weighs 62.3 tons, and America’s battle-hardened M1 Abrams tips the scales at a hulking 73.6 tons. The Leclerc is pushed along by an 8-cylinder, 1,500-horsepower Hypberbar diesel engine at a top speed of 72 kilometers per hour on paved surfaces and 50 kph cross-country.

However, the Leclerc is no lightweight in the armaments department. It packs a heavy punch in the form of a 120mm CN120-26 smoothbore main gun, AKA the Modèle F1, which has a rate of fire of 12 rounds per minute and a range of 4 km. Moreover, the tank is able to fire while traveling at top speed. In the immortal words of Muhammad Ali, it can “float like a butterfly and sting like a bee.” Secondary armaments consist of a coaxial Browning M2 “Ma Deuce” 12.7mm machine gun, and a 7.62mm machine gun for anti-aircraft protection.

Survivability-wise, the crew is protected by a composite advanced modular armor system that combines steel, ceramics and Kevlar. This armor system can be customized to fit the anticipated threat environment, and damaged systems are easily replaceable.

As previously noted, the Leclerc missed out on Desert Storm, so the tank has yet to engage in the sort of epic tank-on-tank battles that the Abrams and Challenger have. However, that’s not to say that the French tank hasn’t proved its worth in the field. As part of the Saudi-led coalition fighting the Houthi insurgency in Yemen, the UAE deployed at least 70 of their Zayed tanks to that beleaguered Arab nation. These engaged in significant military offensives in August 2015 and December 2018. As per journalist Jean-Dominique Merchet of the French newspaper l’Opinion regarding the 2015 operation:

“According to French sources, the Leclerc gives complete satisfaction to the UAE army. three of them would have been hit by the enemy, the Houthi militias: 2 by mines or IEDs, which damaged the undercarriage, without destroying the tank, and another by RPG fire that the system of protective grid seems to have stopped. The Leclercs repeatedly opened fire with their 120 mm gun – which was their baptism of fire.”

Although, as previously noted, Nexter Systems hasn’t built any new Leclerc tanks since 2007, that doesn’t mean the company is resting on its laurels. This past June, they unveiled their latest-and-greatest version of the tank, labeled the XLR, at the Eurosatory 2022 defense exhibition in Paris. Dylan Malyasov of Defence Blog elaborates:

“[I]t is the biggest upgrade of the tank in over a decade…the Leclerc XLR already has a level of functionality and performance that other main battle tanks of its generation are just beginning to implement through their respective modernization programs…The Leclerc tank was integrated into the SCORPION joint battle group (JBG) via vetronics systems that are common to the various platforms (supplied by Thales). Thanks to the SCORPION information and communication system (SICS) and the new CONTACT radio, the Leclerc tank will be fully integrated into the collaborative combat environment…Finally, the armament was also upgraded with the installation of a remotely operated turret armed with a 7.62 mm caliber.” 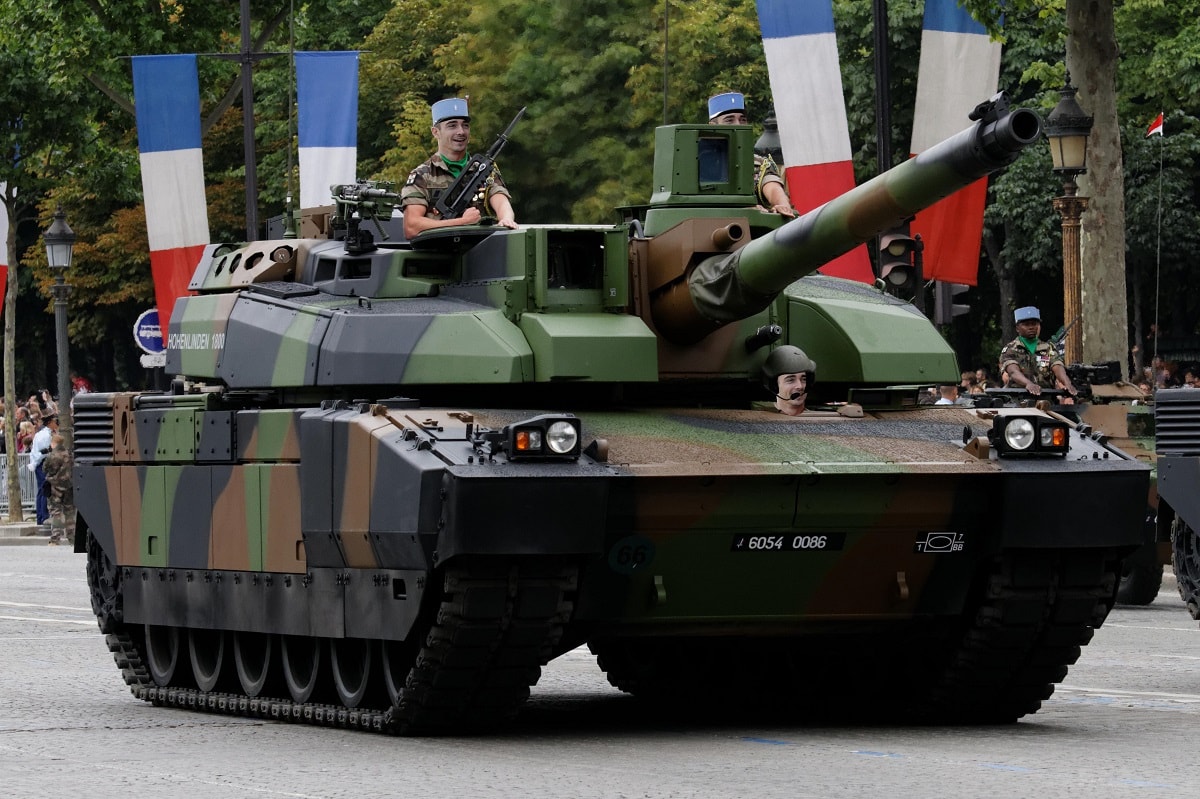 As a side note for the benefit of military history museum buffs, older Leclercs are on display at the Musée des Blindés (Museum of Armored Vehicles) in Saumur, France.