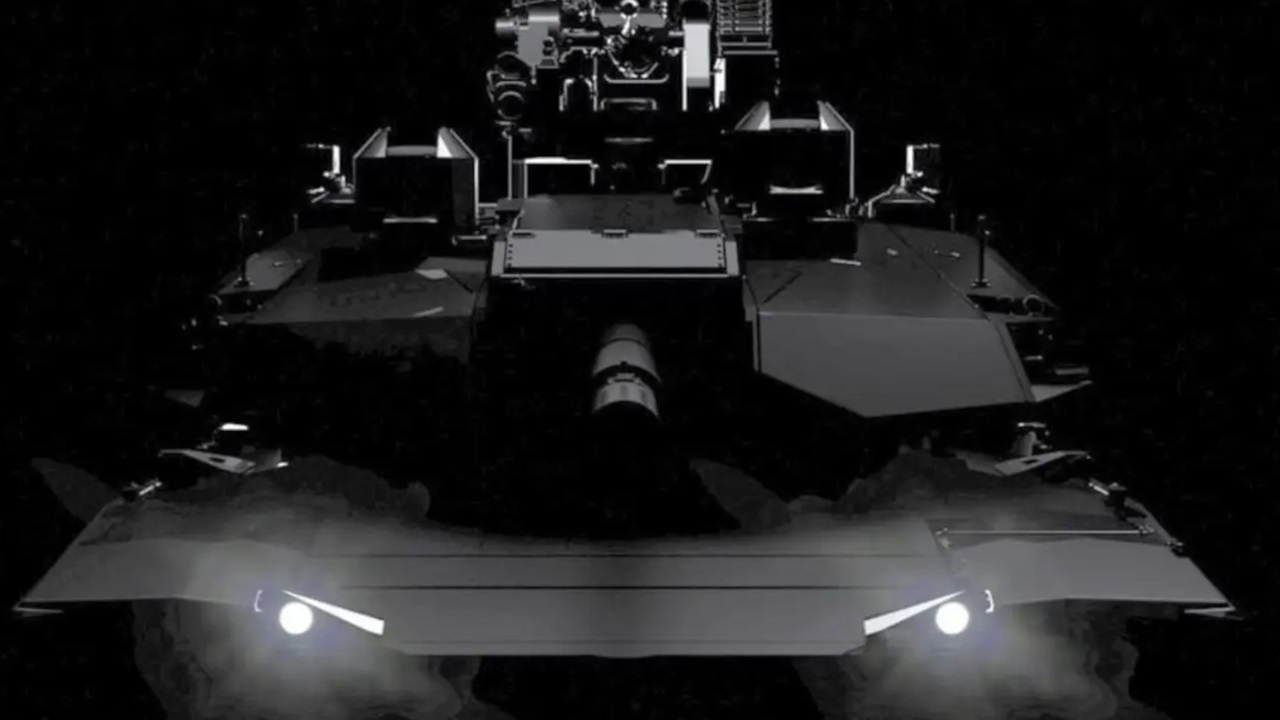 AbramsX Could Address The U.S. Army’s Need For A 21st-Century Main Battle Tank In 2016, the U.S. Army began the most comprehensive modernization of its major platforms and weapons systems since the so-called Big Five of the 1980s. Some 40 years later, the Army is looking to reprise its success with the Big Five. The current program involves new armored combat vehicles, long-range fires systems (both cannon artillery and missiles), manned air platforms, air and missile defenses, robotic vehicles, unmanned aerial systems (UAS) and communications networks. 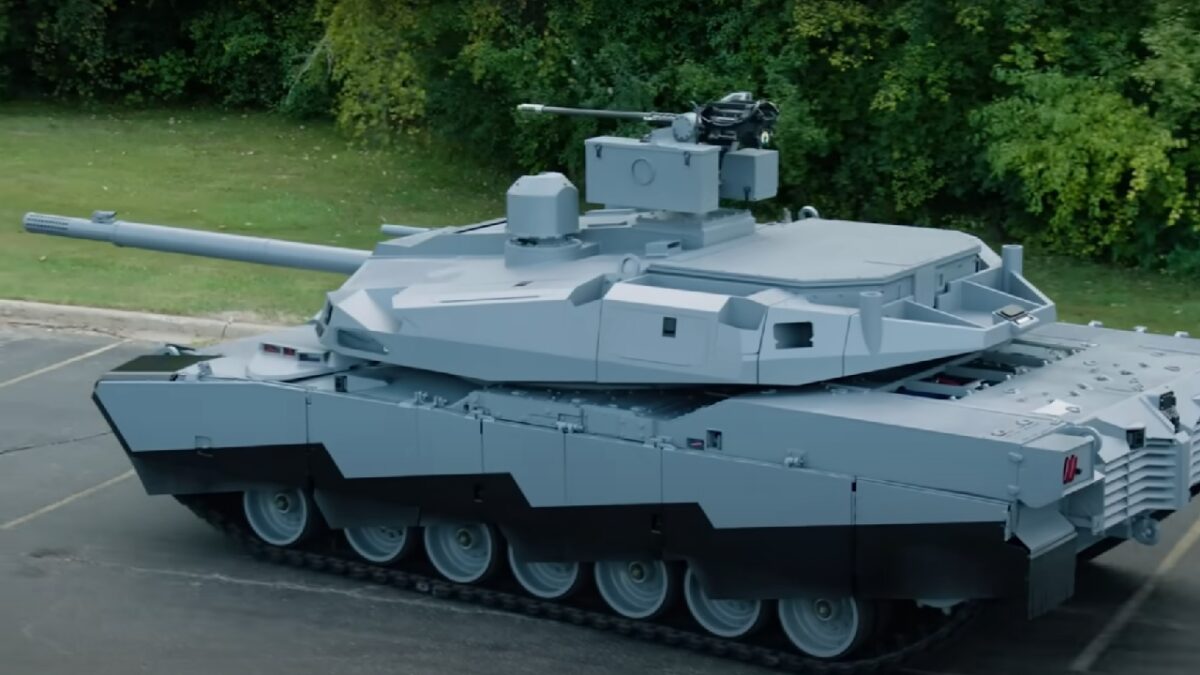 Part of the current modernization effort is focusing on defining the characteristics of and requirements for a new main battle tank (MBT). The last time the U.S. Army fielded a brand new MBT, the Abrams M1, was in 1980. Along with the Bradley Fighting Vehicle, Patriot air defense system, Paladin self-propelled howitzer, and Apache and Black Hawk helicopters, the Abrams was intended to ensure that the Army could take on the then-formidable Soviet Army. For decades, the Abrams has been proven to be the world’s best MBT, consistently outperforming both Soviet-era equipment and MBTs fielded by other countries.

While the Army has made tremendous progress in developing a range of new capabilities, it has experienced challenges in defining a path to a new MBT. The CFT expressed a desire for an entirely new MBT, one that simultaneously would be lighter, more mobile and fuel-efficient than, yet retain the protection of, the heavily armored Abrams. It would also carry a large cannon. Unfortunately, the CFT’s vision conflicted with the laws of physics. For a while, the CFT also went down a rabbit hole pursuing an optionally-manned or even robotic MBT. There is promise in the current plans the CFT is pursuing for a family of robotic vehicles to conduct specific missions, generally those that are dull, dirty, and dangerous, such as demining and breaching operations. But even the heavy robot, envisioned to be somewhere between eight and 30 tons, will not replace the MBT on the battlefield.

Fortunately for the Army, there is a platform available that can be the basis for a new type of MBT, one for the 21st century. This is the Abrams M1A2. The current upgraded version of the Abrams, the M1A2 System Enhancement Package (SEP) Version 3 (v3), is an amazing weapons system. The SEPv3 has new computers, sensors, radios, and a new power management system, including a new Auxiliary Power Unit (APU). Survivability measures include a counter-IED electronic warfare package, reinforced armor, and an active protection system. The SEPv3 also will enhance the Abrams’ lethality with an improved Common Remotely Operated Weapon Station, an improved Ammunition Data Link for the fire control system and new rounds for the tank’s 120mm main gun.

The AbramsX demonstrator, unveiled by General Dynamics at this year’s annual symposium of the Association of the U.S. Army, is not an upgrade; it is a revolution on tracks. One of its most significant advances is an unmanned turret with an automatic loader. This not only creates a lower vehicle silhouette, adding to survivability, but also reduces the overall weight of the tank by about twelve tons, enhancing mobility. The smaller three-man crew occupies positions deep in the vehicle’s hull, increasing their survivability. From there, they can operate the main gun and the new, sophisticated remote turret which is equipped with both a 30mm cannon and coaxial machine gun. The turret could also launch missiles or aerial drones.

The combination of reduced weight and a new hybrid power plant will allow the AbramsX to retain the range of the current SEPv3 while reducing fuel consumption by 50 percent. In addition, the hybrid diesel-electric engine is significantly quieter than the M1A2’s current gas turbine system, allowing the AbramsX to conduct what has been termed “silent attacks.” This would enable the AbramsX to operate its sensors and systems with significantly reduced acoustic and heat signatures.

In many ways, the AbramsX is more like an advanced fighter. Its crew will use sophisticated multi-spectral sensors to achieve a complete 360-degree view around the tank, as if they could see through the tank’s hull. The AbramsX’s AI-enabled battle management system will allow the crew to employ aerial drones and ground robots, a capability similar to the U.S. Air Force’s loyal wingman program. AbramsX will deploy an open architecture platform called the Katalyst Next Generation Electronics Architecture. This is based on common standards and IP protocols which will allow “plug-and-play” upgrades to sensors, weapons, and communications systems.

The AbramsX fits well with the other modernization programs and concepts the Army is pursuing. Currently, the Service is upgrading hundreds of Stryker wheeled vehicles that equip seven brigade combat teams with a new 30mm medium-caliber weapons system. The Army is also replacing its obsolete M113 tracked vehicles with the more capable and survivable Armored Multi-Purpose Vehicle and introducing the Mobile Protected Firepower platform into the infantry brigade combat teams. Finally, the Army has begun deploying the Maneuver-Short Range Air Defense System (M-SHORAD) on a Stryker vehicle as an initial answer to the growing threat from aircraft, drones, and cruise missiles. A directed energy variant of the M-SHORAD has been developed and will soon be provided to the Army for test and evaluation.

A little further in the future, the AbramsX could be joined on the battlefield by two additional innovative vehicle concepts: the StrykerX and Stryker Leonidas. The StrykerX is a redesigned version of the standard Stryker, with a new crew system, additional space for infantry soldiers, a hybrid diesel-electric power plant, and advanced sensors, including an active protection system. The Stryker Leonidas would complement the M-SHORAD and Directed Energy Maneuver-Short Range Air Defense (DE M-SHORAD) with a high-powered microwave weapon intended to counter swarms of drones.

There has been reluctance in some quarters of the Army to embrace an unmanned turret and automatic loader. There are similar concerns regarding reducing the crew from four to three people. For these reasons, as well as to evaluate its hybrid powerpack, AI-enabled architecture, and advanced sensors, the U.S. Army should acquire a company’s worth of AbramsX demonstrators (about a dozen tanks) for test and evaluation.