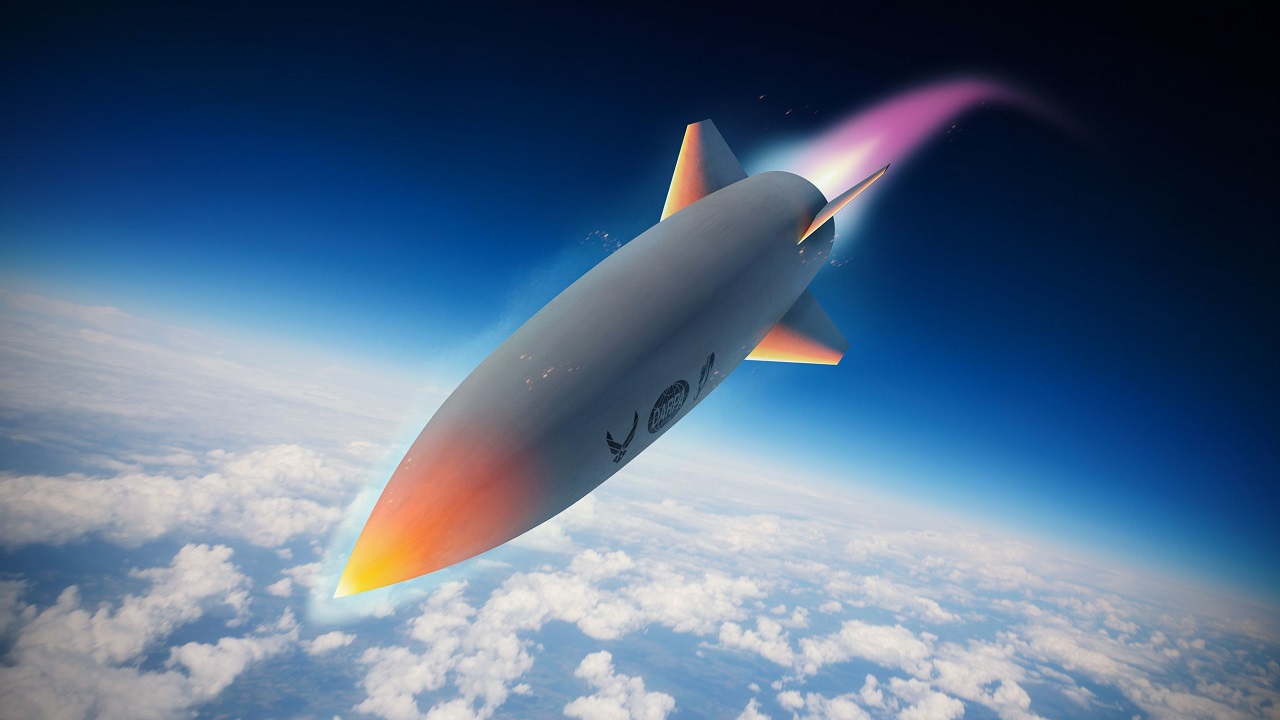 SDI or Star Wars Comeback Thanks to Trump? During his rambling campaign announcement on Tuesday, former President Trump took time to plug his plans for future missile defense:

“As events overseas have show to protect from the unthinkable threat of nuclear weapons and hypersonic missiles, the United States must also build a state-of-the-art next-generation missile defense shield, we need it. The power of these missiles and the power of a word I refuse to say, “nuclear.” We have to have it. We need a defense shield. And we have to do it. And we actually have the technology and we are going to build it, just as I rebuilt our military, I will get this done.”

Does all this indicate that missile defense will become a Trump signature issue in anticipation of the 2024 race?

“Star Wars,” or the Strategic Defense Initiative (SDI), was the term used by the Reagan administration to describe a new, advanced form of strategic missile defense that would sharply reduce the threat that intercontinental ballistic missiles (ICBMs) and some submarine-launched ballistic missiles (SLBMs) could pose to the United States.

The most fantastic aspect of SDI would have been a series of satellites that could monitor and destroy Soviet missiles either in the boost phase or as they traveled through space toward their targets (thus the moniker Star Wars).

SDI was hardly the first US effort at ballistic missile defense, as research on various interception methods had begun as early as the 1950s. Still, it did capture public attention in ways that previous proposals had not.

Star Wars never panned out in the timeframe projected by the Reagan administration. However, it did generate some combination of worthwhile investment in technologies and wasteful government spending, depending on which watchdog organization you ask.

ABM technology has moved ahead dramatically over the past four decades, although generally not in the direction that SDI had predicted. The means of destroying ballistic missiles are now decidedly earthbound, even if they include satellites and spectacular lasers as part of the package.

It is not an exaggeration to say that SDI, and strategic anti-ballistic technology more generally, is the most disruptive military technology that has never been deployed at scale.

There seems to be concrete evidence that the Soviets saw SDI as a real threat to their nuclear deterrent and that this impacted their negotiating strategy during the late rounds of arms control meetings in the 1980s.

It’s also not unreasonable to argue that the US decision to abrogate the ABM Treaty, as much or more than NATO expansion, opened an unbridgeable canyon between Moscow and Washington in the 2000s. It is also possible that US missile defense aspirations are at the core of China’s decision to expand its strategic nuclear arsenal.

Domestically, while Democratic administrations have typically pursued missile defense with somewhat less enthusiasm than their Republican counterparts, no Democratic President has spoken out against the continuation of the program. The Democratic response to Republican political pressure on missile defense has typically been to defang that pressure by following a “yes, but more slowly” policy towards technology development and systems deployment.

Former President Trump says many things, and it’s never clear how sincere he is about his claims and promises or even whether he understands what he’s saying.

During his first term, Trump called for a return to a form of SDI that would have involved space-based weapons, but the Pentagon did not act aggressively on that particular element of the plan. Trump also presided over creating the United States Space Force (USSF), which shares responsibility for some of the components of existing missile defense systems. 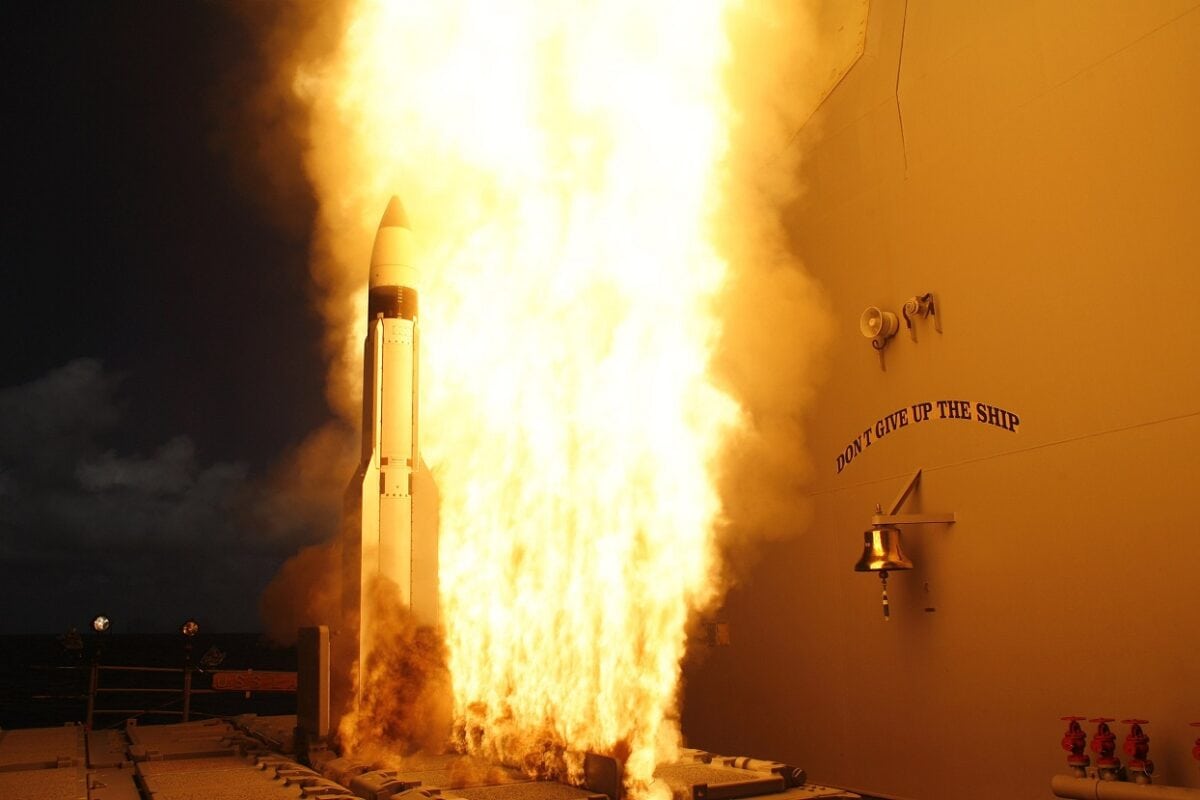 070426-N-0000X-001.PACIFIC OCEAN (April 26, 2007) – A Standard Missile-3 (SM-3) is launched from the Aegis-class guided missile cruiser USS Lake Erie (CG 70), during a joint Missile Defense Agency, U.S. Navy ballistic missile flight test. Approximately three minutes later, the SM-3 intercepted a unitary (non-separating) ballistic missile threat target, launched from the Pacific Missile Range Facility, Barking Sands, Kauai, Hawaii. Within moments of this launch, the USS Lake Erie also launched a Standard Missile-2 (SM-2) against a hostile air target in order to defend herself. The test was the eighth intercept, in 10 program flight tests. The test was designed to show the capability of the ship and its crew to conduct ballistic missile defense and at the same time defend herself. This test also marks the 27th successful hit-to-kill intercept in tests since 2001. U.S. Navy photo (RELEASED)

The evolution of the institutional landscape has not stopped under President Biden. The USSF now represents a presence within the Department of Defense to advocate for all things space. And to be clear, a huge component of the already existing network of missile defenses involves satellites that can identify launches and track missiles in flight.

Indeed, in September, Space Systems Command announced plans to develop an integrated program office that would involve Space Systems Command, the Space Development Agency, and the Missile Defense Agency, reducing redundancy and ensuring that the one hand knows what the other hand is doing.

Trump using a second term to make an aggressive push on missile defense would not be surprising, given both his interest in spectacle and the consistent preferences of Republican Presidents over the past forty years.

Rhetorically, the idea of an impenetrable missile shield appeals to the same set that made building the border wall a core foreign policy argument. Any effort will build, however, upon forty years of halting progress on the problem of missile defense.

Perhaps more importantly, steps to revolutionize US missile defense programs will undoubtedly have an impact abroad, particularly on how Russia and China think about the needs of their own nuclear arsenals.