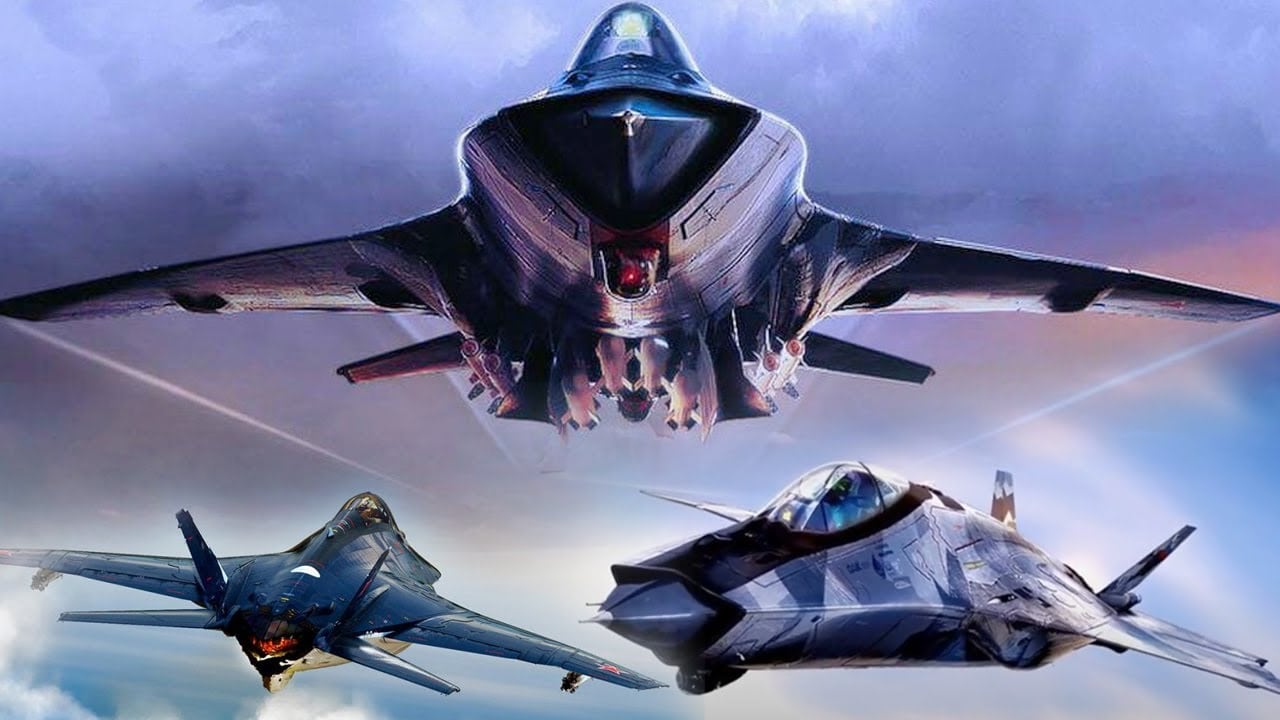 Russia has plans for a 6th generation fighter to keep up with the United States and China. But don’t hold your breath. Western sanctions are keeping aviation components and microprocessors in short supply in Russia. The MiG-41 next generation fighter could be a bridge too far with a lack of money and resources to develop it fully. There is a war on, and priority is with the army that is more focused on the building of tanks and the air force striving for more stand-off missiles. The MiG-41 may never make it to fruition, but let’s take a look at what Russia is planning to get a better idea about what a next-generation fighter means for Moscow.

The Russian air force wants to replace the MiG-31 Foxhound by the early 2030s. First flight of the MiG-41 could happen in 2025, if the designers and engineers at Mikoyan OKB have the resources. This milestone is optimistic, and it shows that Mikoyan is already getting ahead of its skis. Even if the war in Ukraine stopped tomorrow, Russia would still not be able to meet that deadline.

Is the Technology Mature for Such an Ambitious Airplane?

The MiG-41 program will likely only be able to conjure up a technology demonstrator in the coming years. The MiG-41 specs are that ambitious. Start with the advertised MACH 4 to MACH 5 speed. This will create a substantial amount of heat from air friction that would burn up the stealth coating. Canopy design would be difficult in that environment. The airplane would have to launch hypersonic weapons like the Kinzhal, which could be possible. Russia may lean toward designing the MiG-41 like the SR-72 Darkstar Son of Blackbird to safely fly at those mega-speeds.

Fuel Needs Would Affect Performance and Level of Radar Evasion

The MiG-41 would thus have a high ceiling, high enough to fire anti-satellite missiles. It could be powered by a ramjet or turboramjet engine which would allow for the plus-MACH 4 speeds similar to what powers some hypersonic weapons. At that velocity, it could perhaps shoot down enemy hypersonic missiles, which would be an interesting capability. But MACH 4 would also require a substantial amount of fuel which would make the airplane heavier and less maneuverable. Aerial refueling would affect the stealth attributes of the MiG-41.

The heat from high speed flight would likely create damage to the airplane and that would require significant amounts of maintenance and increase the cost of each flight hour. Could the MiG-41 someday deliver the stealth, long-endurance, and armaments flying at MACH 4? This is the biggest question for the MiG-41. Perhaps engineers and designers use the MiG-31 airframe as a point of departure for design. This could speed up the timeline for development. First flight by 2025 just does not seem likely.

Other Stealth Fighters Are Not Exactly Thriving

Russia is already struggling with its fifth-generation fighters such as the Su-57 and Su-75. These programs have slowed down since the war started. There have been reports of a few flights of the Su-57 flying over Ukraine. Meanwhile, the Su-75 needs at least one foreign partner and buyer to allow that program to be jump-started.

If the MiG-41 doesn’t answer all the questions it has, the program could die on the vine. If it were peacetime, maybe engineers and designers would have the funds and wherewithal to allow the MiG-41 to meet some of its milestones. Russia needs to keep up with China and the United States in aerospace endeavors as both countries have plans for 6th generation fighters. But the MiG-41 is looking like more myth than reality at this point. That could change depending on how long the war lasts.

At this point, the project will not advance beyond the conceptual stages.