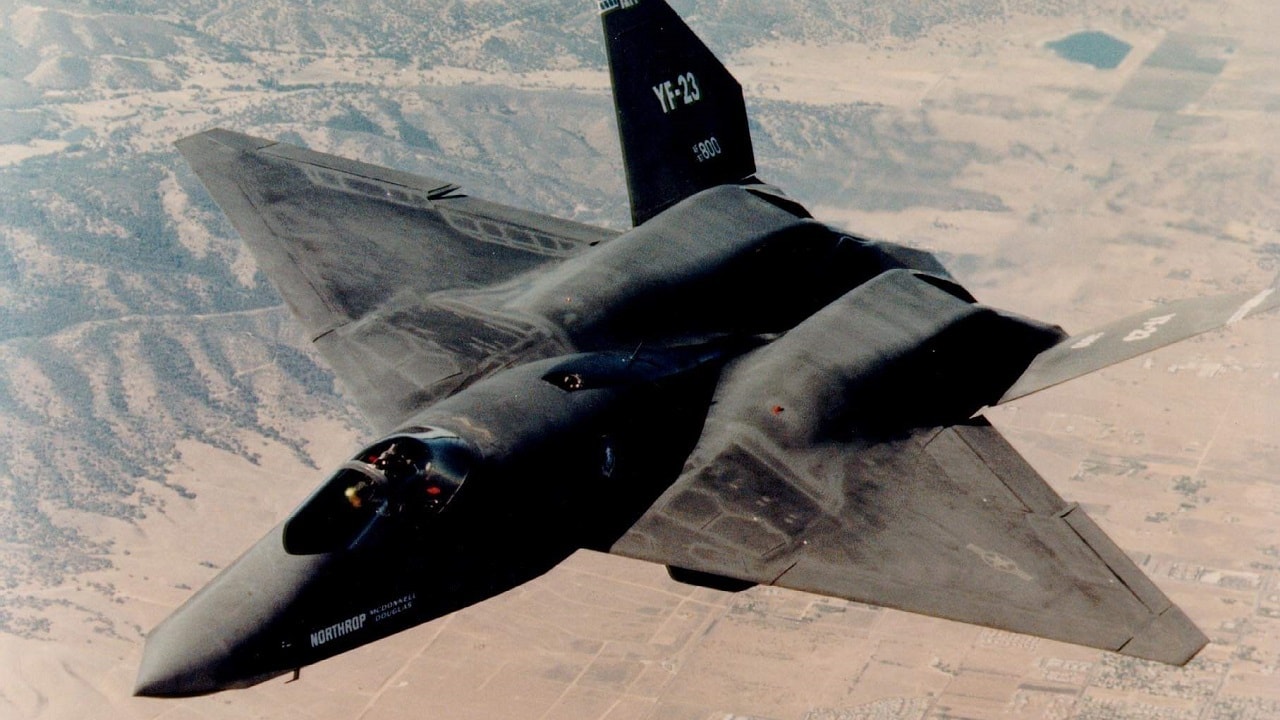 YF-23 stealth fighter, which could inspire the design of the NGAD.

Digital Combat Simulator Allows You to Have the NGAD vs. F-22 Deathmatch from Hell: Do you want to take a break from turkey and football this holiday weekend?

Maybe you have explained the war in Ukraine to your relatives until you want to get a taste of what Russian and Ukrainian pilots are going through as they engage in aerial combat. Why not play one of the best military flight simulators in the business? It’s called Digital Combat Simulator World (DCS), and it will give you the ultimate thrill of flying numerous aircraft to your heart’s content.

DCS is so realistic that even bonafide U.S. Air Force pilots use it for training. New A-10 Warthog pilots are utilizing the simulator with Oculus Quest and Rift virtual reality headsets.

DCS is used in addition to standard flight simulators, but the virtual reality adds a level of realism that pilot trainees find irresistible.

The 355th Training Squadron at Davis-Monthan Air Force Base have been flying DCS-simulated missions since 2018, and they can rehearse and take advantage of the awesome A-10 ground attack capabilities in the metaverse.

Civilians need a powerful and sophisticated gaming rig plus joysticks, rudder pedals, and throttles. You can play against other members of the online community or take your turn against the game’s artificial intelligence driven aircraft. FCS is a total immersive experience even without virtual reality headsets.

It Can Re-Wire Your Brain

The cockpit feels like being inside a movie. The first time I watched a video of a battle between an F-22 Raptor and a J-20 Mighty Dragon, I became dizzy as the F-22 banked and turned rapidly. In that scenario the F-22 pilot shot down China’s most advanced stealth fighter.

Believe It: You Can Fly the NGAD

The next video I watched pitted the Next-Generation Air Dominance (NGAD) sixth-generation fighter against the F-22.

The NGAD is not even ready to be introduced to the U.S. Air Force and Navy yet. It is supposed to cost hundreds of millions apiece and can control a network of “loyal wingman” drones. It will have high speed and maneuverability plus utmost stealth capabilities.

How did the NGAD do during the simulated battle? The sixth-generation fighter quickly maneuvered around the F-22, achieved missile lock, and destroyed the F-22 by taking out the right-wing within minutes. One gamer had to eject and parachute out of the burning wreck.

In Round Two of the video, the NGAD again started dominating the F-22 engaging the Raptor with its guns right off the bat. This fire was not successful, but it makes our player admit that no matter how good a pilot you are, there is always a chance you can get shot down by a better airplane. The NGAD was flying fast and smooth and it launched an infrared-guided missile. This missed. Then it was the F-22’s turn. The F-22 player also shot an air-to-air missile, and it didn’t hit its target. The F-22 then engages in a defensive flat scissors maneuver.

But the NGAD then goes vertical and climbs extremely fast. The F-22 cannot even get its nose in the NGAD’s direction. The NGAD makes a fatal mistake by coming in close to use its guns. Our human pilot doesn’t think the NGAD has any missiles left, and the F-22 has one. The result? The F-22 shoots down the NGAD.

Get Your Own In-Home Dogfight

Are you impressed yet? This is a high-quality flight simulator that looks like it is mega-fun. I recommend you giving it a try to see just how difficult it is to pilot an airplane in a dogfight. According to the game, the NGAD had mixed results, but you may have a better experience. Try the NGAD versus the J-20 Mighty Dragon and see which airplane comes out on top. You’ll have a memorable holiday season, and it could be a nice gift for yourself.

There is a special running now on both gaming platforms where you can get a free trial of 14 days of combat or discounts on Steam for the type of aircraft you want to fly. Once you get hooked, players must pay around $50 for each new aircraft – from the AH-64 Apache Attack Helicopter to the F/A-18 Hornet – there are almost an unlimited number of makes and models available, so you can be as creative as you want to pick different fighter match-ups. Enjoy.