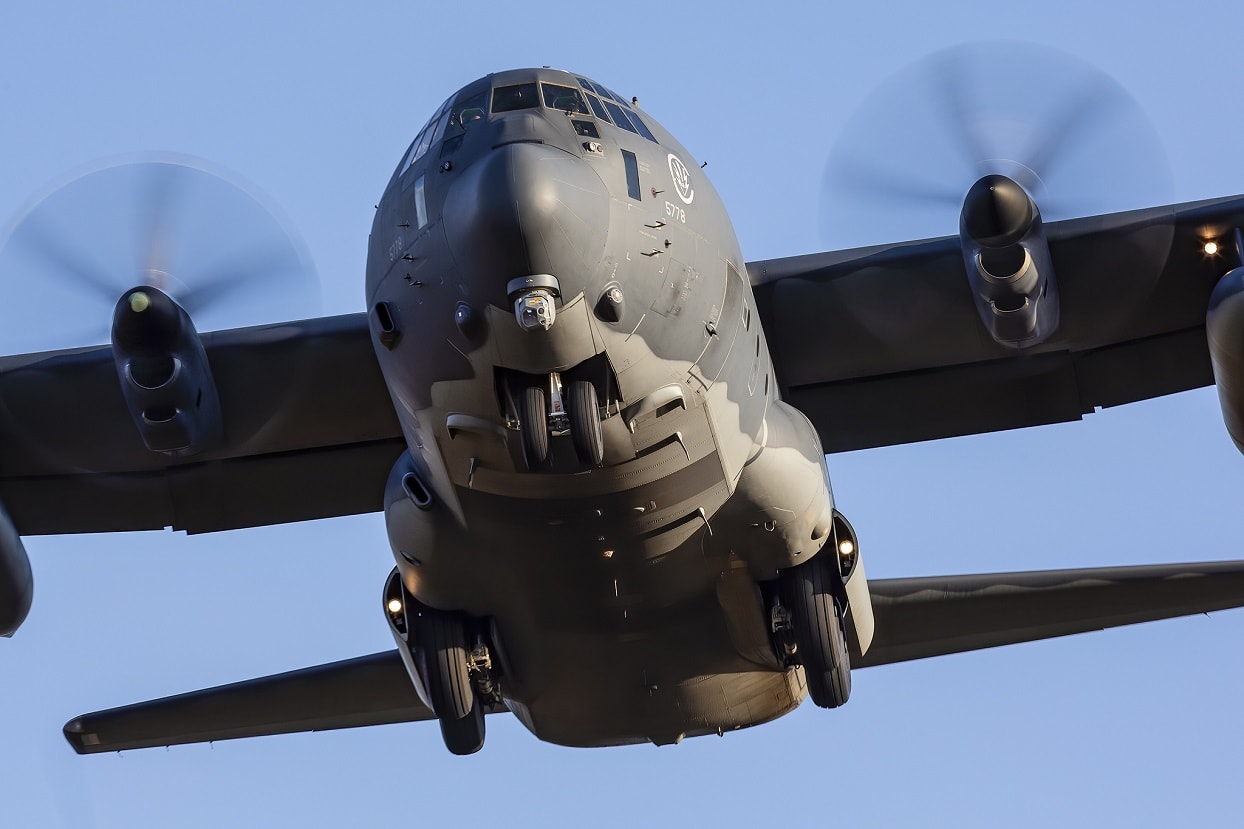 The Lockheed C-130 Hercules has been in production for 68 years, longer than any other military aircraft.

As it prepares to enter its eighth decade of service, the C-130 has no retirement plans, so expect the cargo prop to fly for decades still. The C-130 has proven itself time and time again, in different roles, through multiple conflicts, operating in the armed forces of 60 nations.

Quietly, but surely, the C-130 has become worthy of its namesake – it is a legend in military aviation circles. But one notable incident, which occurred just after the C-130’s introduction has mostly been forgotten.

The C-130 debuted in 1954, while Dwight D. Eisenhower was in office. Using four props, the aircraft was designed to be versatile and rugged. It is capable of operating even from unconstructed runways.

The need for the C-130 became apparent during the Korean War, when U.S. forces still depended on World War II-era transport aircraft like the Fairchild C-119 Flying Boxcar, the Douglas C-47 Skytrain, and the Curtiss C-46 Commando.

The shortcomings of these aircraft showed the U.S. military’s transport fleet had become outdated, so the U.S. Air Force issued a General Operating Requirement for a new transport aircraft.

The call was for a plane capable of carrying either 92 passengers, 72 combat troops, or 64 paratroopers in a cargo compartment that measured 41 feet long, 9 feet high, and 10 feet wide. But the most notable feature of the Requirement was its call for a hinged ramp located at the rear of the fuselage. Through this hinge, cargo would be loaded and unloaded.

Lockheed won the bid and set out to create the C-130. It was quite a bit different from the sound barrier-breaking aircraft Lockheed was accustomed to making. Lockheed finished the first order of C-130s in 1956, delivering them to the Air Force too late to participate in the Korean War.

The C-130 made its combat debut two years later, during an incident of high consequence that has been largely forgotten.

In September 1958, a C-130 from 7406th Support Squadron was flying a recon mission near the Turkish-Armenian border. Instructions were for the C-130 to fly next to the Soviet border (Armenia), but stipulated that the plane would never cross within 100 miles of it. The C-130 botched the 100-mile buffer, however, crossing right into Soviet airspace.

Why this happened remains unclear, all these decades later. The C-130 crew may have misidentified a radio beacon and followed it into Soviet airspace. Or perhaps the crew went rogue in an attempt to gather intelligence. Alternately, the violation of Soviet airspace might have been a sanctioned mission, designed to gauge Soviet air defenses. But all of this is simple speculation.

What we do know is that the C-130 was engaged; four Soviet MiG-17s shot down the aircraft. The Soviets confirmed the C-130’s crash and the deaths of the entire six-man crew. The remains were located and repatriated to the U.S.

However, there were also 11 intelligence-gathering personnel on the downed C-130. The Soviets refused to acknowledge the deaths of the intelligence crew – and never repatriated their remains.

When the Soviet Union fell, the U.S. sent a team of excavators into Armenia and found human remains at the presumed crash site. The skeletal fragments that were found are believed to have belonged to all 17 crew members.

Two of the bodies were even identified formally. The remains were returned to the U.S. and buried as a group at Arlington National Cemetery.