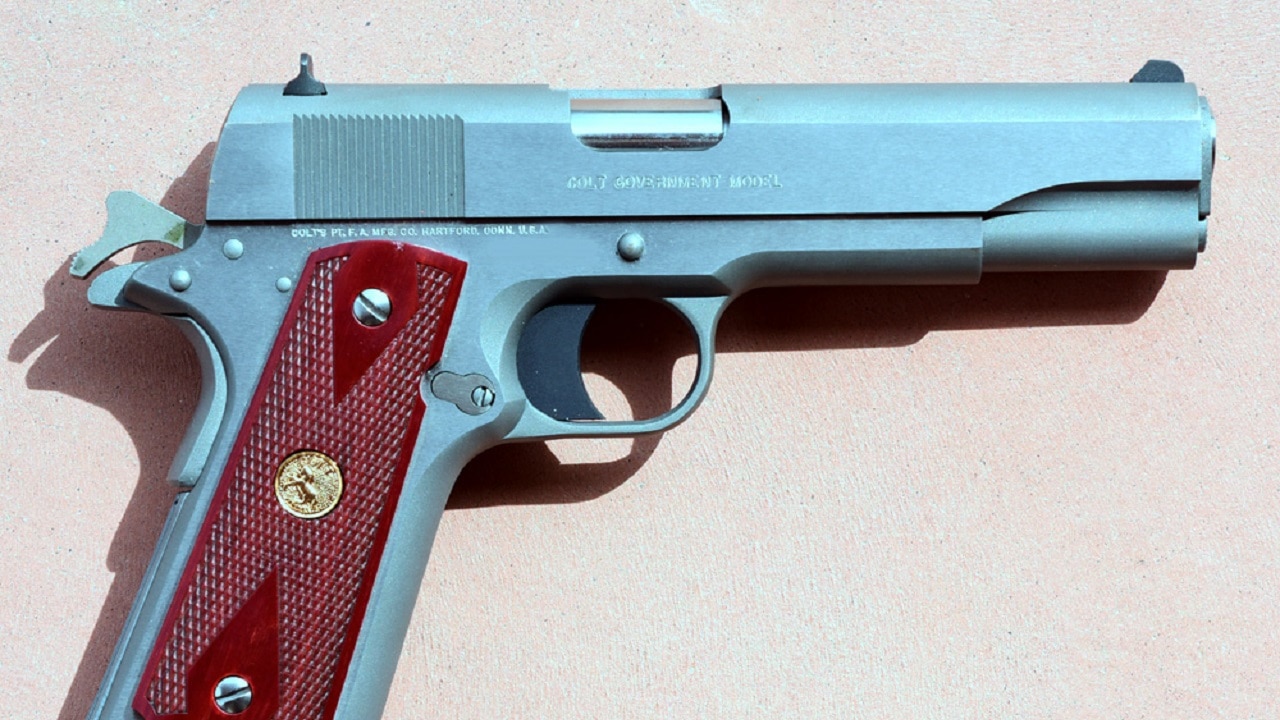 Gun control advocates bemoan how many firearms have been sold in the United States, but a good capitalist would argue that it is a sign of a successful business model and a quality product. During the global novel coronavirus pandemic, firearms sales reached record levels, with some 11 million Americans becoming first-time buyers. Even now sales remain stronger than before the pandemic, but there isn’t one category that is stronger than others.

Today’s polymer-framed pistols remain among the best sellers, while others still prefer large-framed revolvers. Yet, the three top-selling handguns of all time are truly in a class of their own.

Designed by John Browning, the M1911 is arguably his magnum opus among his numerous masterpieces. Even more than 110 years since it was selected as the standard-issue sidearm of the United States Armed Forces, it remains in use among units of the U.S. Army Special Forces, U.S. Marine Corps, and U.S. Navy. 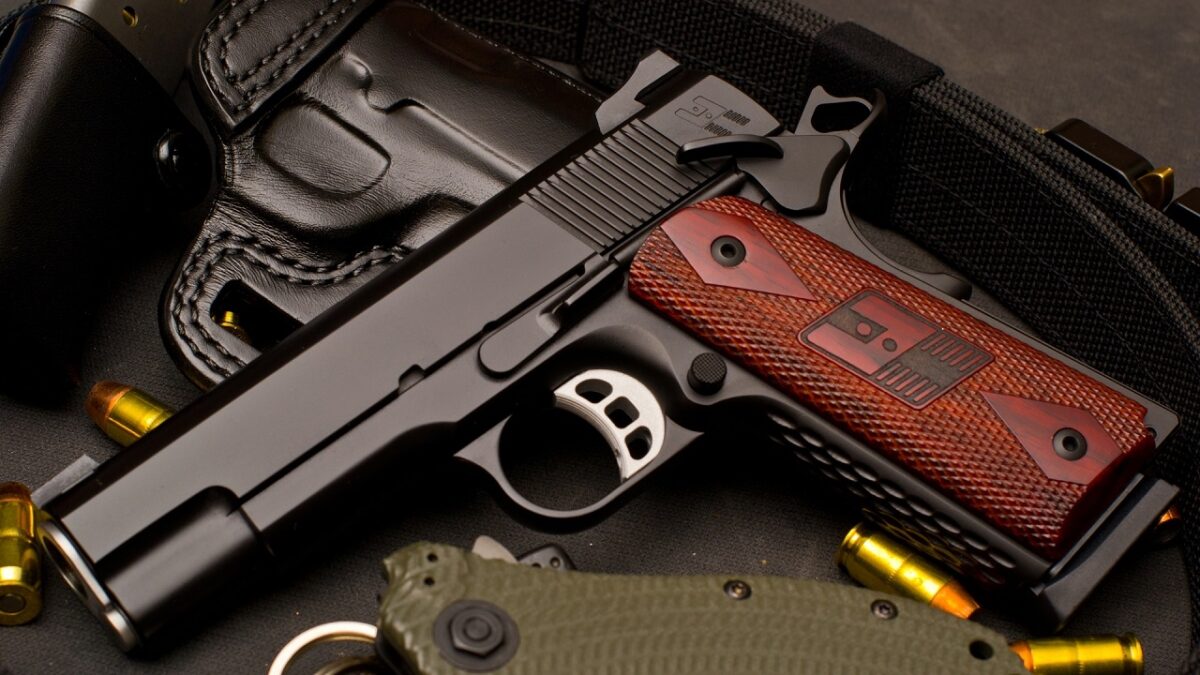 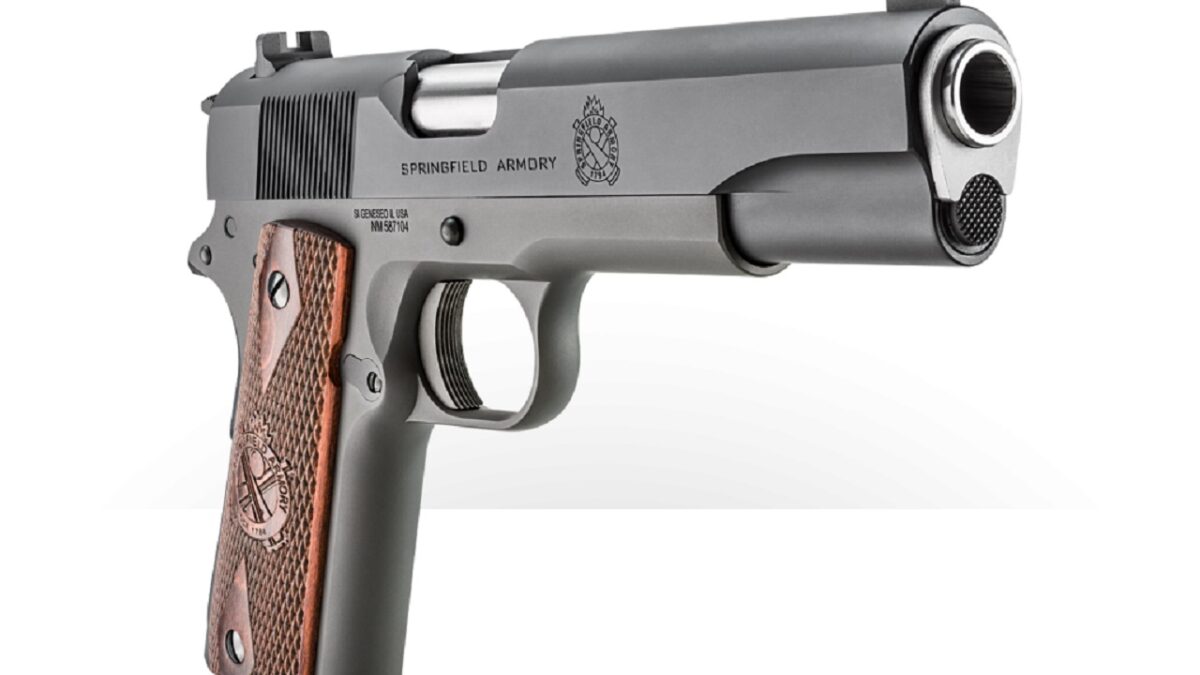 It is the best-known of Browning’s designs to utilize the short recoil principle, which has been widely copied. While the U.S. military had produced around 2.7 million M1911 and M1911A1 pistols between 1911 and 1985, nearly that many have been produced for the civilian market – and the M1911 remains one of the most common semi-automatic pistols sold today.

Though introduced nearly a quarter century after the M1911, the Walther PP (Polizeipisole) and its derivatives including the PPK (Polizeipistole Kriminal) have also been top-sellers worldwide. The blowback-operated semi-automatic pistol was initially developed for police use and was designed with several safety features – including an automatic hammer block, a combination safety/decocker, and loaded chamber indicator – that made it popular in the civilian market. 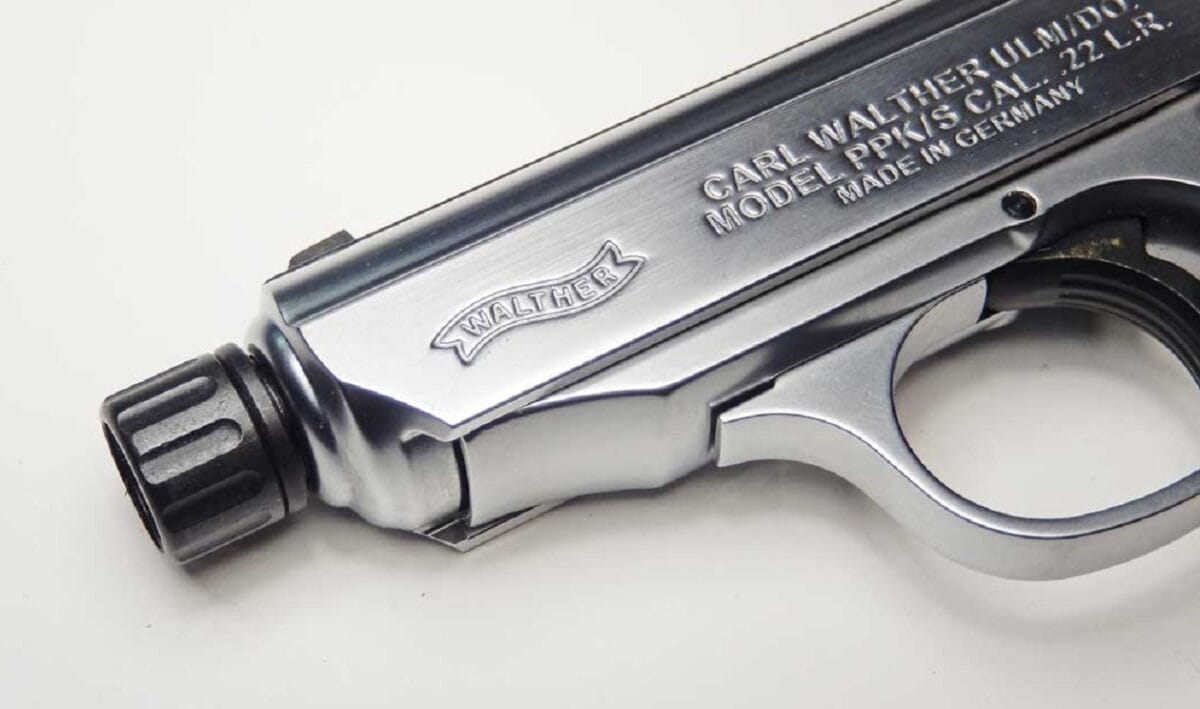 The PPK is notable for being carried by German officers during the Second World War, while one was even used by Adolf Hitler to take his own life! The gun’s popularity, however, grew significantly after it was adopted by the fictional British secret agent James Bond. However, Bond actually only used the gun a few times in the films – yet it was carried as recently as last year’s No Time to Die! It is easy to see why this one continues to shake up the firearms market, just like those vodka martinis that Bond prefers.

The top-selling handgun of all time literally has time on its side. First released in 1899, the Smith & Wesson Model 10 was adopted by the United States Army and Navy and quickly gained popularity with police forces and civilians.

It was originally chambered for the M1892 .38 Long Colt U.S. Service Cartridge, which proved adequate in testing but lacked significant stopping power when employed during the Moro Insurrection in the Philippines (1901-1913). At issue was that the Moro “Juramentado” swordsmen took part in a form of suicide attack expecting to die, and often wore leather armor. There were stories of U.S. soldiers who were found to have been killed in hand-to-hand fighting, while a dead Moro warrior had been shot multiple times. That led the U.S. military to develop the more powerful .45 APC and the M1911 pistol.

However, the pistol was still widely used by U.S. soldiers – as well as British and French personnel – during the First World War. It then saw service as a standard issue sidearm with law enforcement for decades, while civilians also found it to be a reliable personal defense handgun (as few likely needed to stop a Juramentado!). 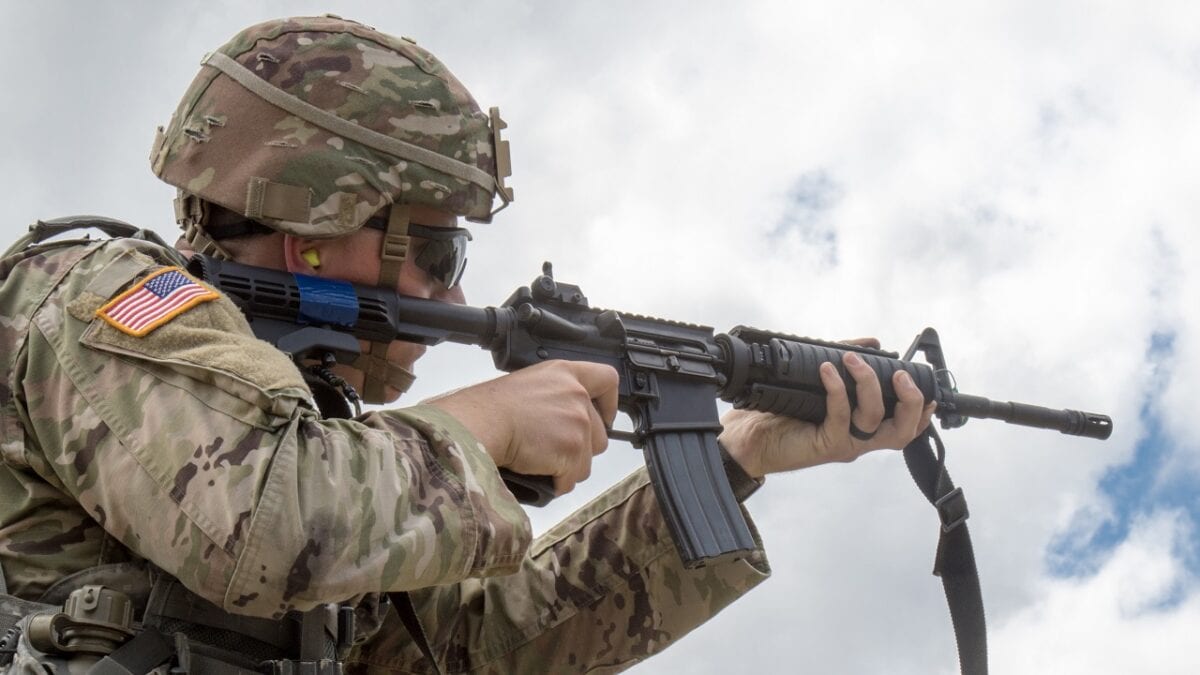 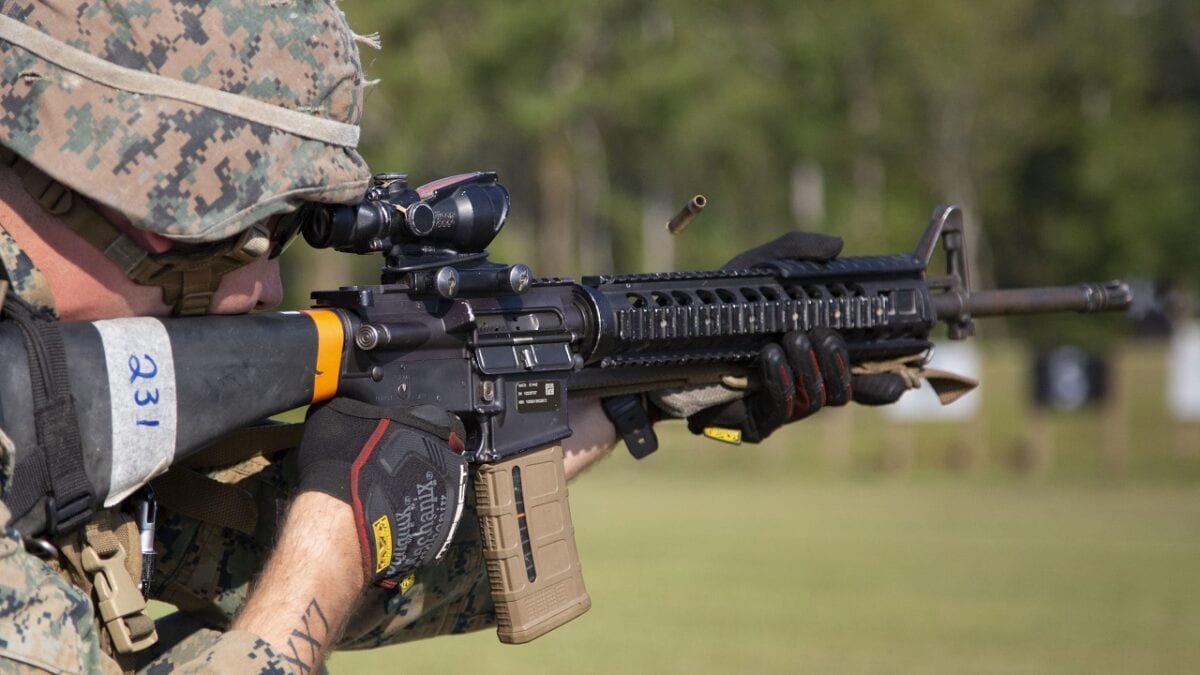 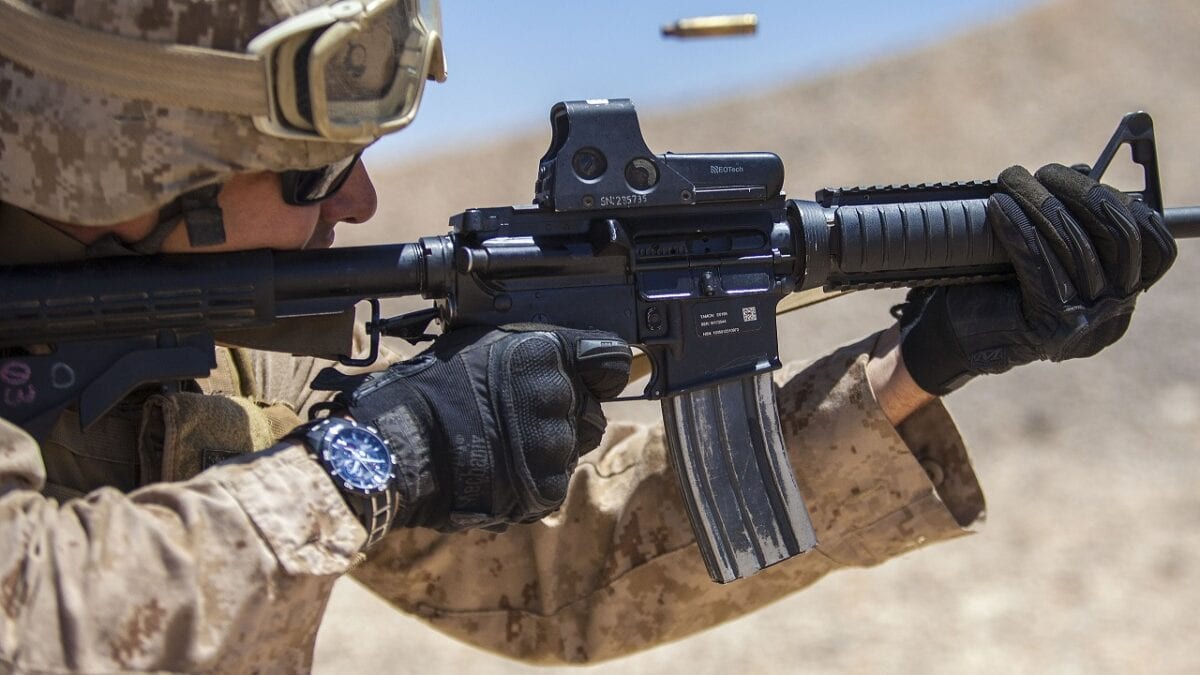 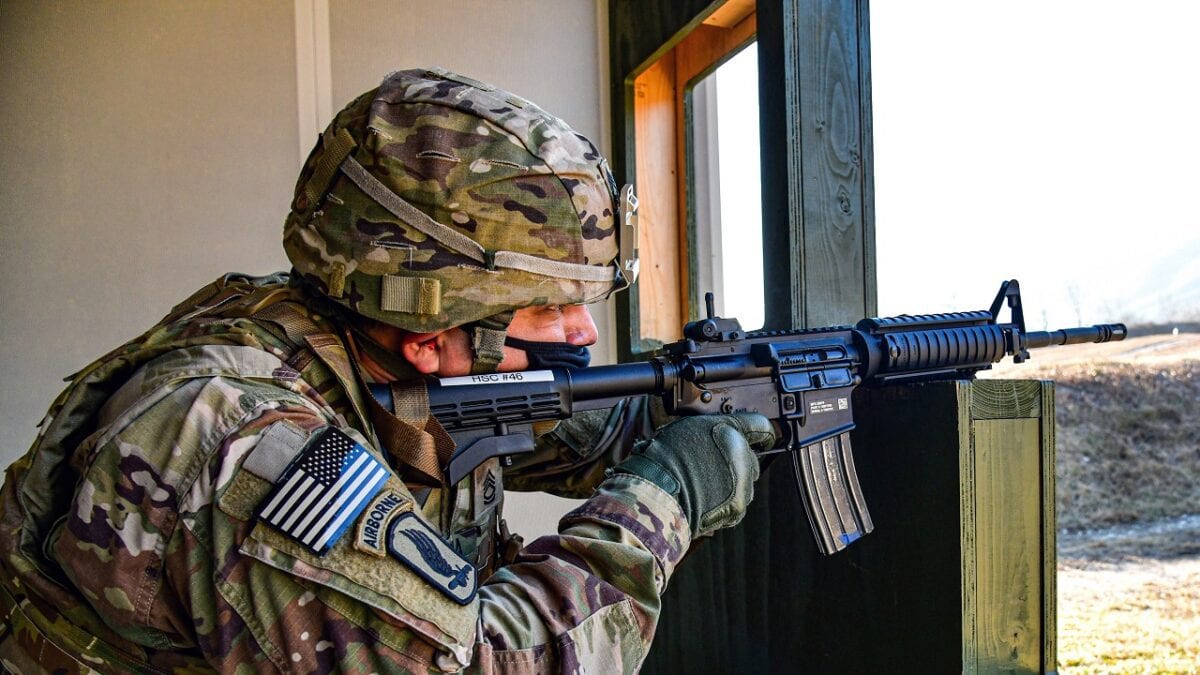 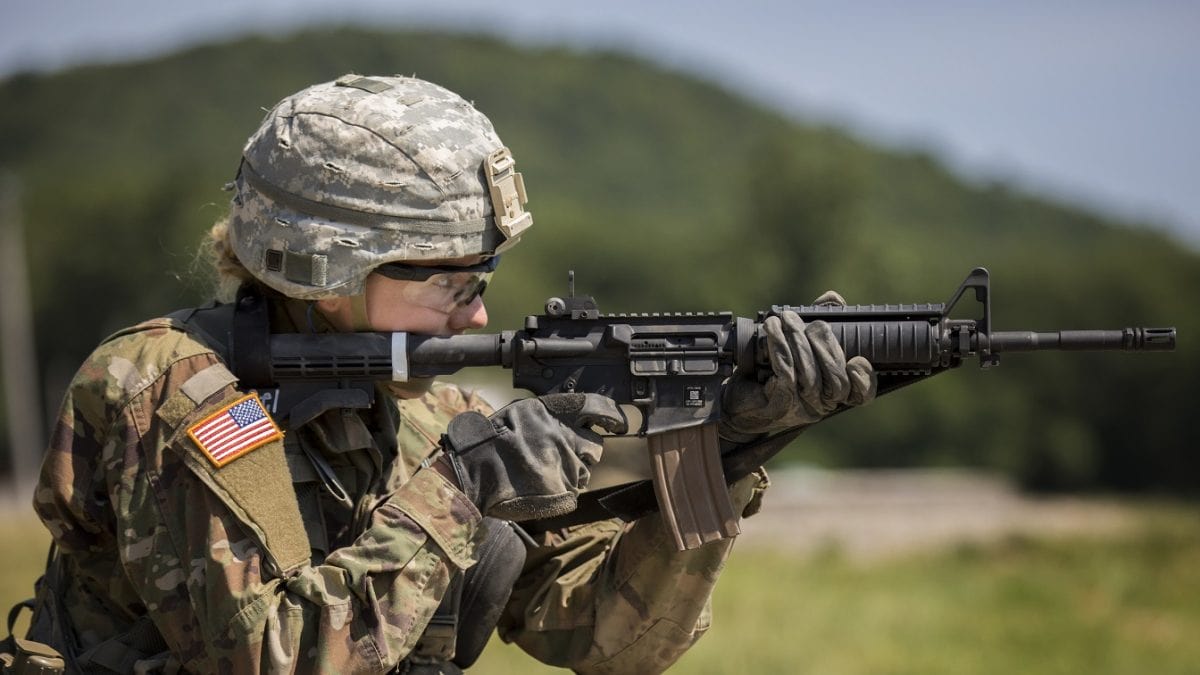