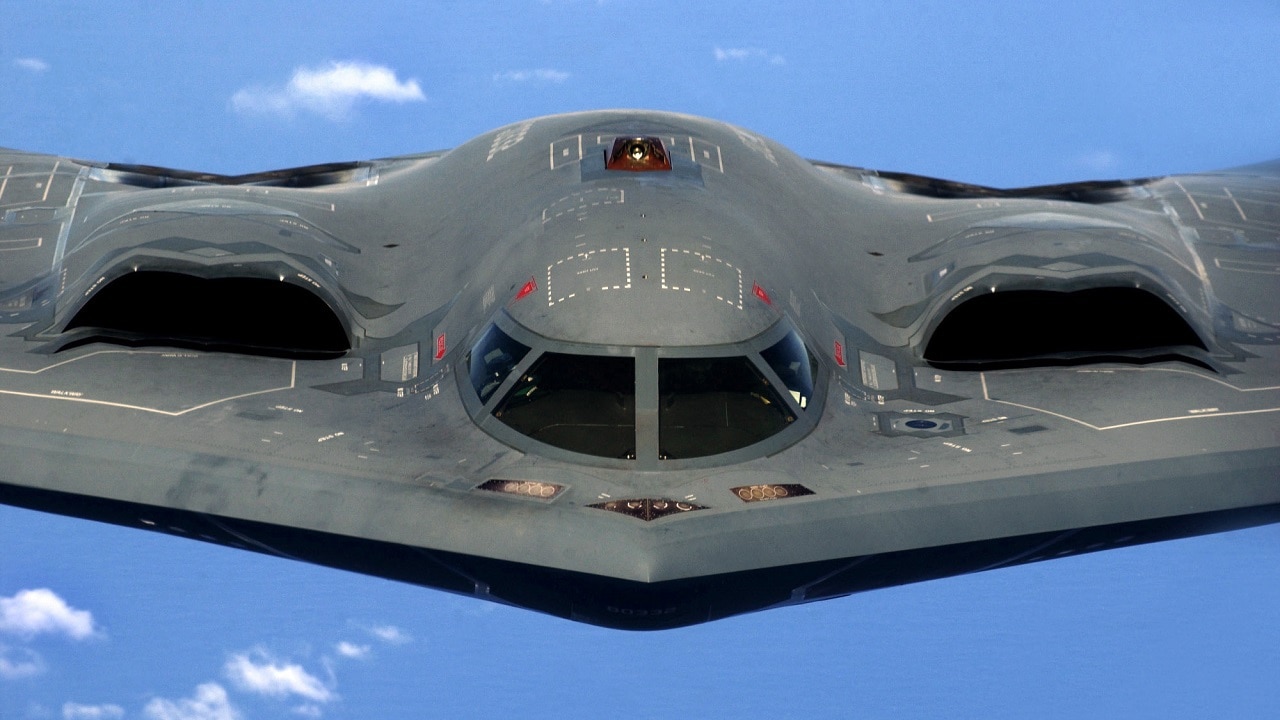 China was apoplectic and vowed the United States did it on purpose. At least five American JDAM bombs from a B-2 stealth warplane hit the Chinese embassy in Belgrade, Serbia, and killed two Chinese newlyweds, who were government journalists sleeping in the building. Another Chinese reporter died.

Twenty were injured and one victim was blinded by the attack. The tragedy happened on May 7, 1999, during the NATO War in Kosovo. Despite apologies from the United States for the accident, China never forgave the Americans.

The United States investigated the incident. Under Secretary of State Thomas Pickering, along with numerous high-level government officials, personally delivered a formal letter of apology to China from President Bill Clinton in July 1999.

“The attack was a mistake,” Pickering said. “Our examination explains how a series of errors and omissions led to that mistake. Let me emphasize: no one targeted the Chinese Embassy. No one, at any stage in the process, realized that our bombs were aimed at the Chinese Embassy.”

Big Failure Needed to Be Explained

It turned out the United States was targeting the Yugoslav Federal Directorate for Supply and Procurement in Belgrade and airplanes clearly hit the wrong objective. Inexplicably, defense leaders and the intelligence community had the erroneous coordinates for the building. All targeting databases at the Pentagon and CIA had incorrect location information. When officials at the White House selected the target, they had no idea the location data was wrong. The Clinton administration also admitted that they did not consult enough people to make sure the mistake could have been corrected before the bombing.

The CIA was apparently using outdated paper maps from 1997, 1996, 1992, and 1989. The intelligence officer in charge used land navigation techniques by hand to triangulate the location – a practice that was antiquated and was not supposed to be used for aerial targeting. The officer was off by 300 meters, which is why the bombs hit the Chinese embassy, not the Serbian supply building.

It might have helped if Clinton had gone to China personally and delivered his letter of condolence. He did make a public apology and called Chinese president Jiang Zemin to say he was sorry. But the damage was already done. China had been watching the air war in Kosovo closely and feared that it was behind the United States in the use of precision munitions dating back to Operation Desert Storm. Bombs from the B-2 may have been precise, but the targeting acquisition was done unbelievably by hand for a technique used in land warfare – definitely not a high-tech process. It has never been clear why the CIA was used to target the building. And the Clinton administration was also accused of selecting targets from the White House during the war – a practice seen as an example of micromanagement from the president.

The Chinese people began protesting after the bombing and surrounded the U.S. embassy in Beijing and rioted for days. Some diplomatic buildings were damaged after protesters threw rocks and gasoline bombs. A number of Chinese citizens to this day believe the bombing was done on purpose.

China Believes Americans Did It On Purpose

The Chinese government led by Jiang Zemin thought that the attack was part of an “even greater plot” instigated by the United States. China began to look at the United States as the “enemy” after the bombing, according to author Michael Pillsbury in his book The Hundred-Year Marathon. Jiang exhorted the Chinese to view the incident as direct American subversion of his country and that the United States was trying to ascertain the military strength of China and its willingness to respond in kind. 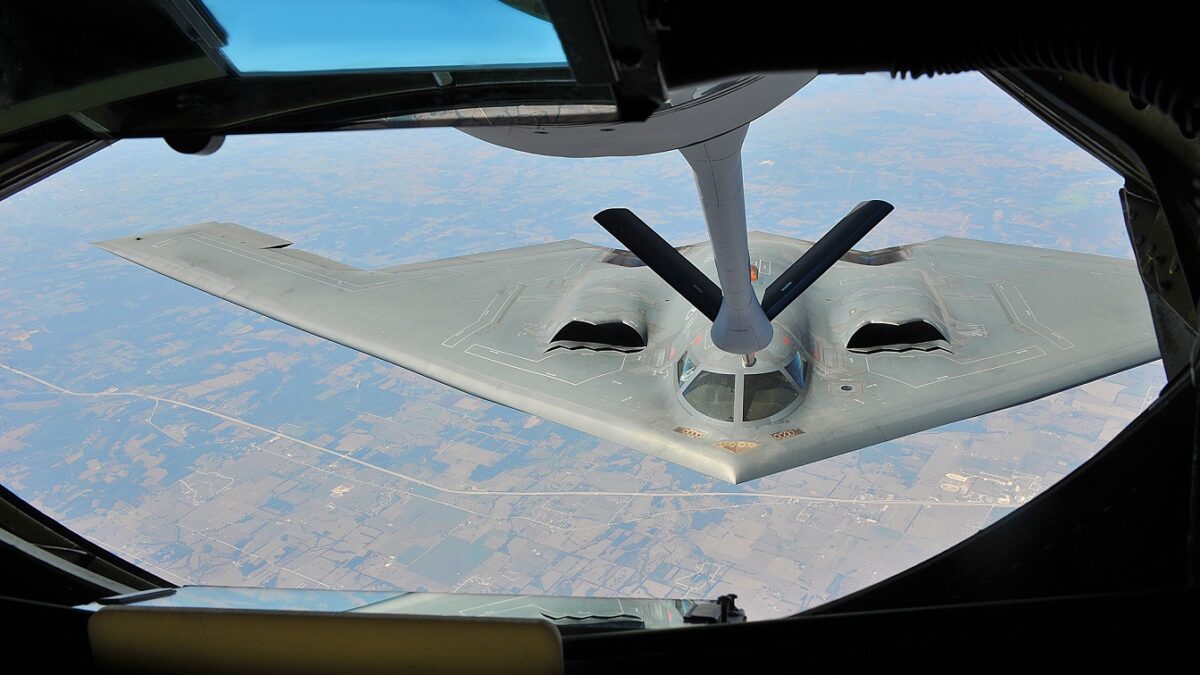 Aftermath of the Belgrade B-2 Bombing

There are two schools of thought about the Belgrade incident. One is the belief that hardliners and hawks in China, especially Chinese generals and admirals, pointed to this as the beginning of viewing the United States as China’s number one enemy. Others in the U.S. government felt that China would remain peaceful after the riots and eventually forgive the Americans and return to the country’s belief in building its economy, and not its military, to challenge the United States. Either way, this was a watershed event that marked a significant turning point in diplomatic history, and it is a tragedy that many Chinese are haunted by today.

Meet the B-2 Bomber 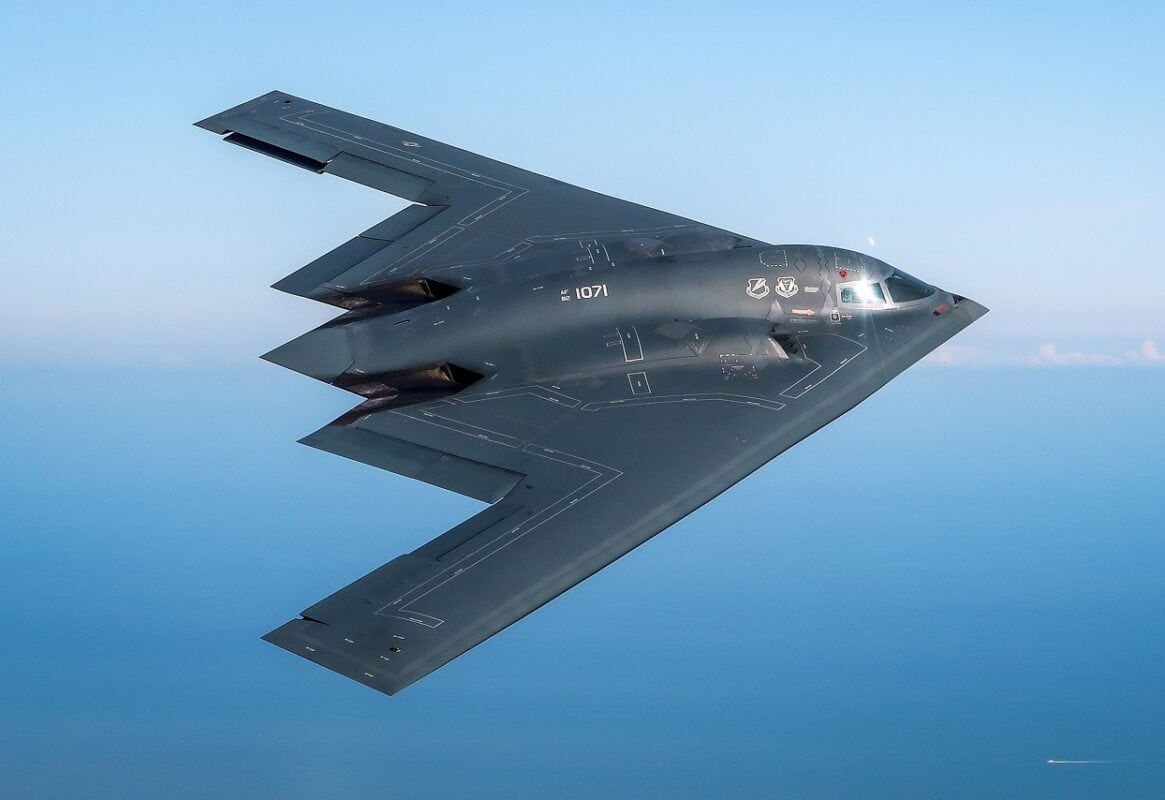 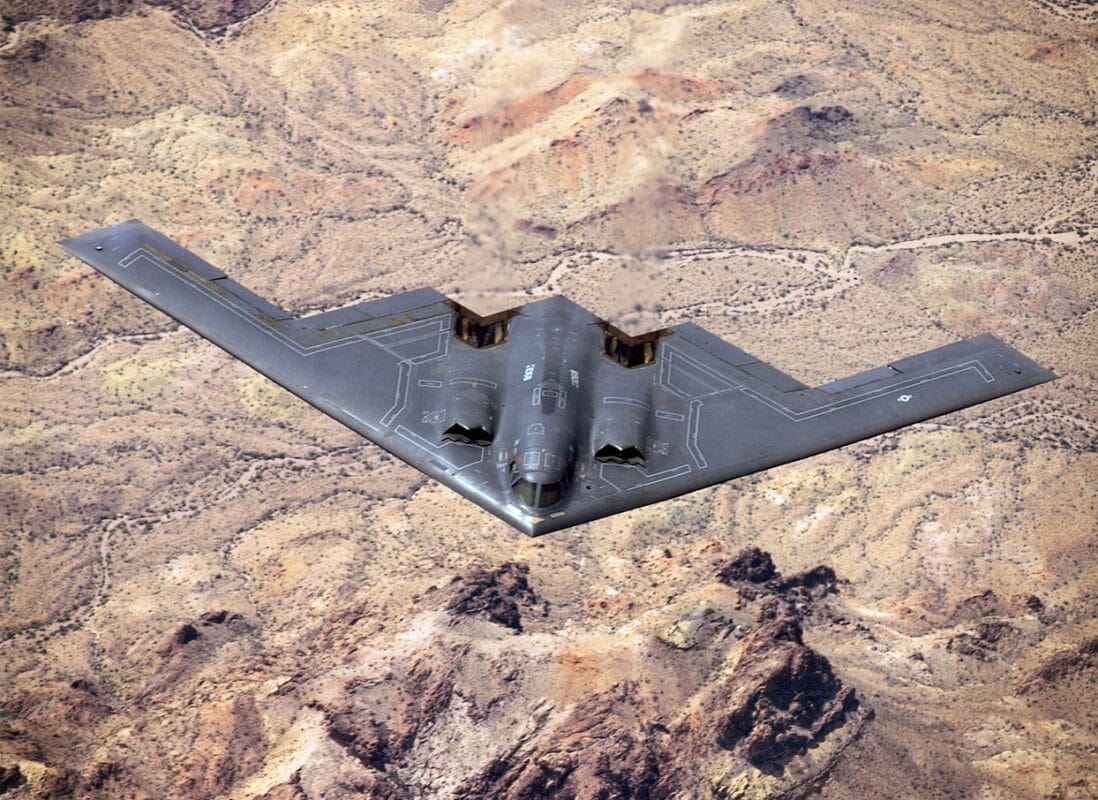 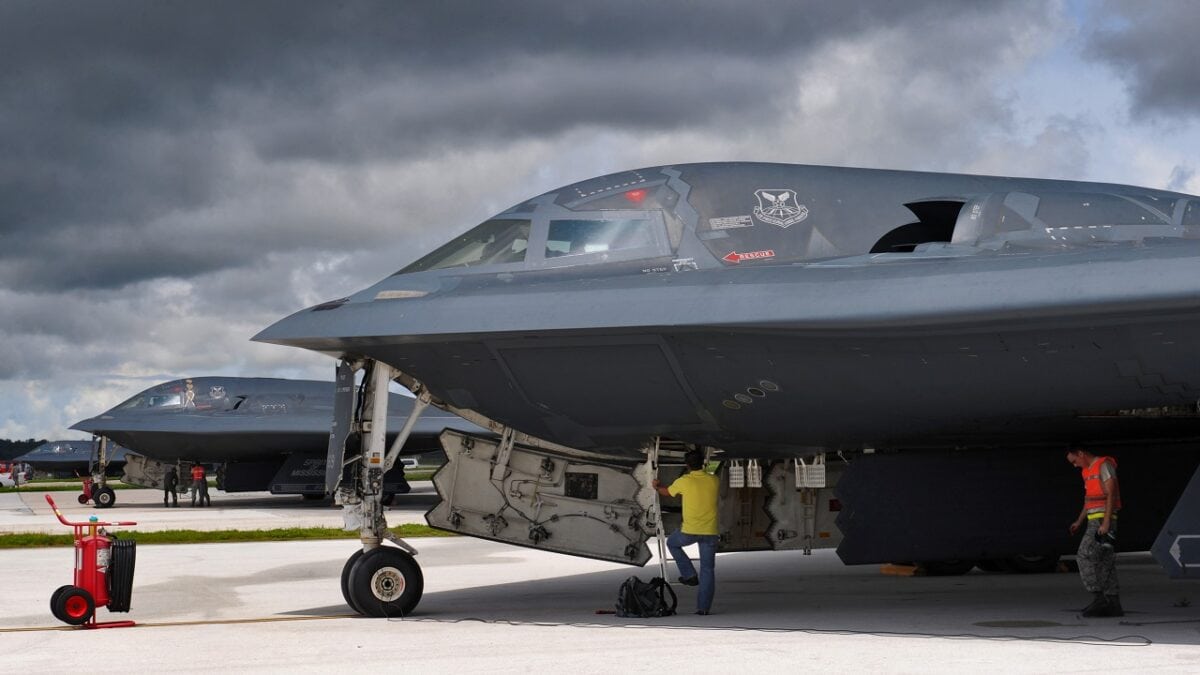 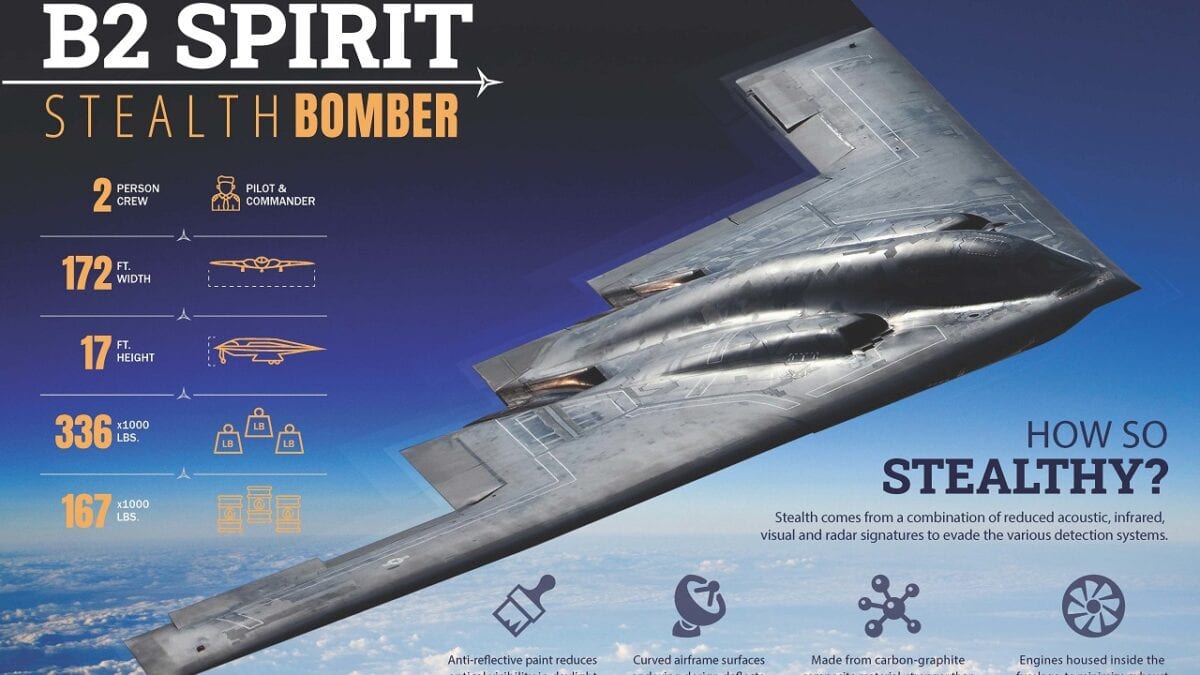