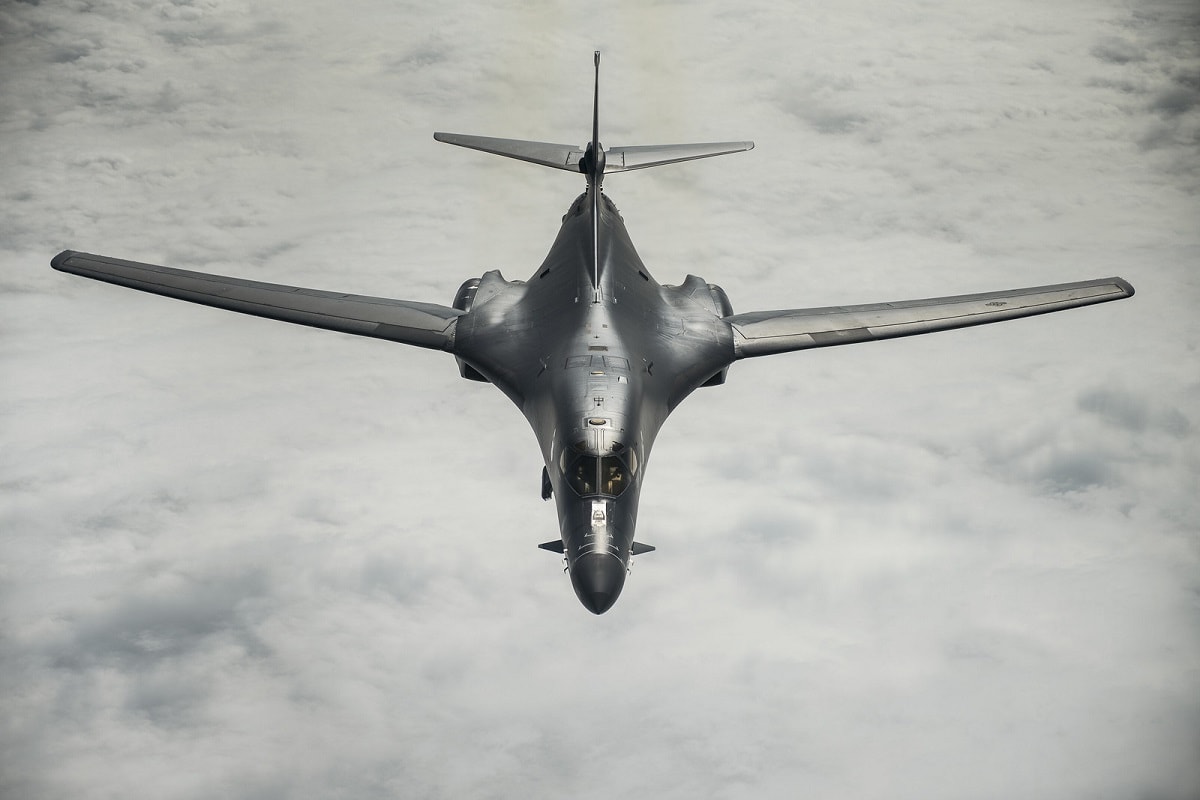 The B-1 Lancer, nicknamed the “Bone,” is the United States’s only supersonic bomber. The B-1 compliments the other US bombers – the workhorse B-52 Stratofortress and the stealthy B-2 Spirit. Unlike the B-52 and B-2, however, the B-1 is capable of breaking the sound barrier. That the B-1 can hit Mach 1.2 is especially impressive given that the bomber also can carry a 25-ton payload.

Despite the B-1’s impressive capabilities, the bomber was canceled before entering service, and actually had to be saved from the scrapheap.

During the Eisenhower administration, the US Air Force began looking for a new bomber – something that could combine the raw speed of the Convair B-58 Hustler with the hefting ability of the B-52. Initially, the North American B-70 Valkyrie – a bomber featuring six engines, which could reach Mach 3 and a 70,000-foot service ceiling – was selected.

Yet, improvements in the Soviet air defense systems, specifically their surface-to-air missiles, rendered the Valkyrie’s high-altitude flight more dangerous – which forced the Valkyrie to conduct bomb runs at lower altitude. That was a problem, however; at low altitudes, the Valkyrie suffered from higher aerodynamic drag – which limited the bomber to subsonic speeds and a short range. In effect, the Valkyrie was redundant – less useful even – than the already serving B-52. Accordingly, the Valkyrie program was canceled.

Multiple programs were formed to develop a bomber capable of supplementing the B-52 – which was poorly matched for low-level bombing runs. The programs, which hoped to find a long-term fix, included the Subsonic Low-Altitude Bomber (SLAB), Advanced Manned Precision Strike System (AMPSS), and the Advanced Manned Strategic Aircraft (AMSA) – neither developed much in terms of a tangible product, and were eventually limited when Secretary of Defense Robert McNamara steered the DoD away from bombers development and towards ICBM development.

President Richard Nixon brought AMSA back from the dead in 1969, however. North American Rockwell won the AMSA contract – edging out Boeing and General Dynamics – and began to develop the prototype which would become the B-1.

Development of the B-1 went smoothly enough through the 1970s – but then something unexpected happened. A Soviet pilot defected, bringing with him a heap of intelligence.

In 1976, Viktor Belenko landed his MiG-25 Foxbat in Japan. Belenko was an extremely valuable source of intelligence; among the tidbits he shared: the Soviets were developing a “super-Foxbat” (most likely the MiG-31) with an advanced radar system that would allow for the easy detection of low-flying aircraft (like the B-1). Belenko’s intelligence suggested that the B-1 would be functionally useless the minute it entered service.

Jimmy Carter, who was then campaigning for president, made responsible defense spending a cornerstone of his policy proposals.

Carter bashed the B-1 program in particular throughout his campaign – and when he was elected president, he ordered a study that resulted in the cancellation of the B-1 program.

The Lancer Makes a Comeback

It was not until President Ronald Reagan won the 1980 election, replacing Carter, that the B-1 program was renewed. Reagan had campaigned on the premise that Carter was a weak leader, weak on defense; Reagan cited the B-1 cancellation as a primary example of Carter’s weakness on defense-related issues.

So, predictably, when Reagan took office, he reinitiated the B-1 program, and in January 1982, the USAF ordered 100 B-1 bombers from Rockwell.

Politics almost prevented the B-1 from entering service – but the supersonic bomber got there, albeit in a roundabout way. The B-1 is still in service today but plans are in place to have the B-1 phased out by 2036.