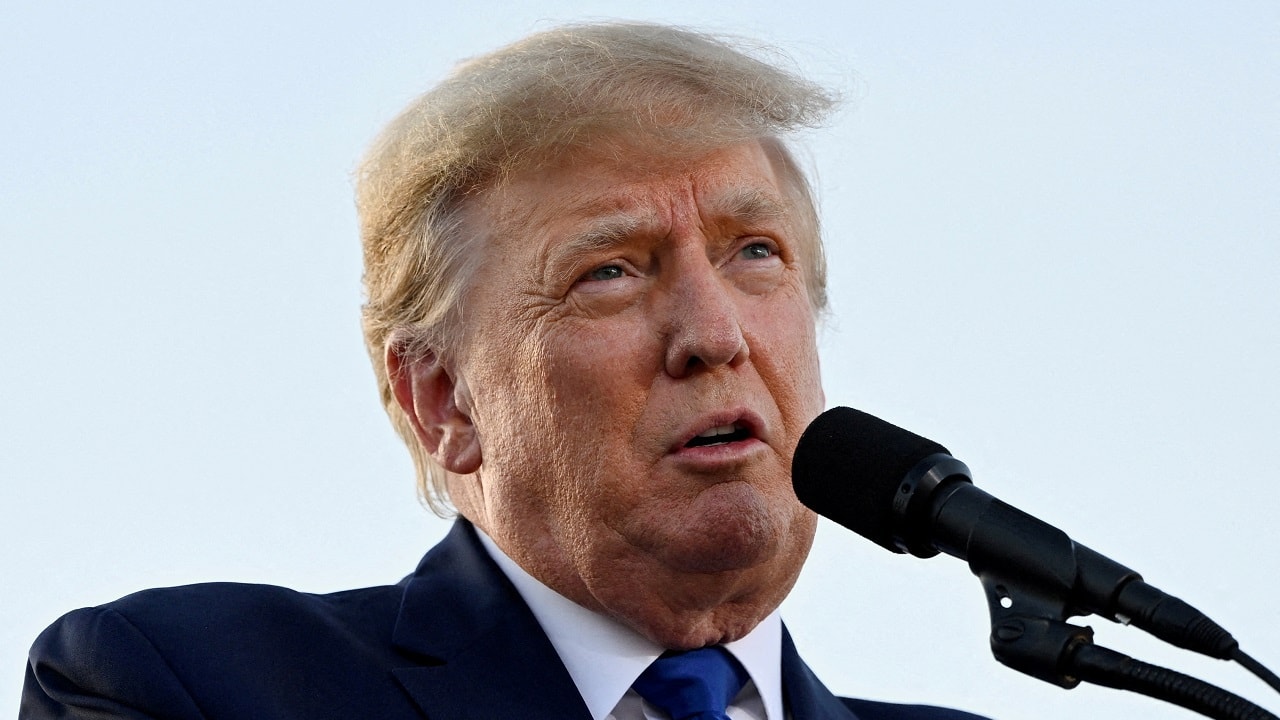 Former U.S. President Donald Trump speaks during a rally to boost Ohio Republican candidates ahead of their May 3 primary election, at the county fairgrounds in Delaware, Ohio, U.S. April 23, 2022. REUTERS/Gaelen Morse/File Photo/File Photo

Perhaps the most interesting potential scenario would be if Trump were to be elected to a second term.

Trump’s first term stemmed from modern political history’s greatest upset win – and resulted in the most “divided” America since the end of the Vietnam War – perhaps since the Civil War.

Donald Trump 2.0: What Does History Say?

So, what would a second Trump term look like?

While second-term presidents are still technically the most powerful person on Earth, their power wanes as they approach the conclusion of their term, especially once a successor is elected; ineligible for reelection, with a successor in place, presidents lose their “teeth” – they become “lame ducks.”

Similarly, second terms have such a tendency – or perception – of being less successful than the first term that there’s even a superstitious legend: the second-term curse.

Legend holds that George Washington put a curse on Franklin D. Roosevelt when FDR ran for a third presidential term.

The curse, folksy as it is, results from the frequency with which second-term presidents are confronted with scandal, catastrophe, intern drama, political downturn, etc.

Second terms have been fraught with problems. Consider modern presidential history. Nixon dealt with Watergate and was forced to resign. Reagan had Iran-Contra. Clinton was impeached over the Lewinksy scandal.

George W. Bush had Hurricane Katrina and the financial meltdown. Barack Obama had the Snowden leaks. Although, the idea of a second-term curse isn’t quite scientific.

“My view, then, is that the idea of the second-term curse is sloppy as an analytical concept. There is certainly a historical tendency for presidents who earn a second term to become less popular — but some of this reflects reversion to the mean. And some recent presidents have overcome the supposed curse and actually become more popular on average during their second terms.”

Donald Back in the White House?

Anyways, what would a Trump second term look like? Lame duck? Second-term curse?

By definition, a second term Trump would inevitably become a lame duck. However, Trump has demonstrated a unique ability to retain soft power.

The last time Trump was a lame duck, for example, he denied the legitimacy of the election results that rendered him a lame duck, hence bolstering himself, in the eyes of his supporters, as something more than a lame duck. And once Trump departed office, he remained the most powerful figure in the GOP – a phenomenon, a one-term president, ousted from office, yet still the party’s standard-bearer.

Typically, when a one-termer is out, his political career is over. Jimmy Carter was done; George H. W. Bush was done.

Trump is not done.

Trump still operates as something of a kingmaker within the GOP, with congressional and gubernatorial candidates all coveting a Trump endorsement.

A Trump at the end of his second term should be slightly different, however. He would be ineligible for another run; he would be well into his 80s. Yet, Trump’s loyal base of ardent supporters, MAGA-nation, would undoubtedly still worship the guy.

What about a second-term curse?

The Fed, in their efforts to fight inflation, could unleash another recession. Global warming appears to be accelerating the rate of natural disaster occurrence. There’s plenty that could go wrong.

Speculation about potential controversies is easy – there’s plenty of ongoing controversies to fuel speculation. JustSecurity.org has a Trump litigation tracker; currently, the former president is involved in countless ongoing criminal or civil investigations/lawsuits. Trump is under fire for everything from incitement to fraud to tax evasion. Trump is perpetually embroiled in controversy, so simple math tells us a Trump second term would be embroiled in controversy, too.

Granted, much of Trump’s legal controversy is the result of aggressive, wishful opposition – comparable to the Starr/Gingrich opposition that plagued Clinton’s tenure.

But unlike Clinton, or other second-term-curse-suffering presidents, Trump somehow seems to draw energy and power from controversy.