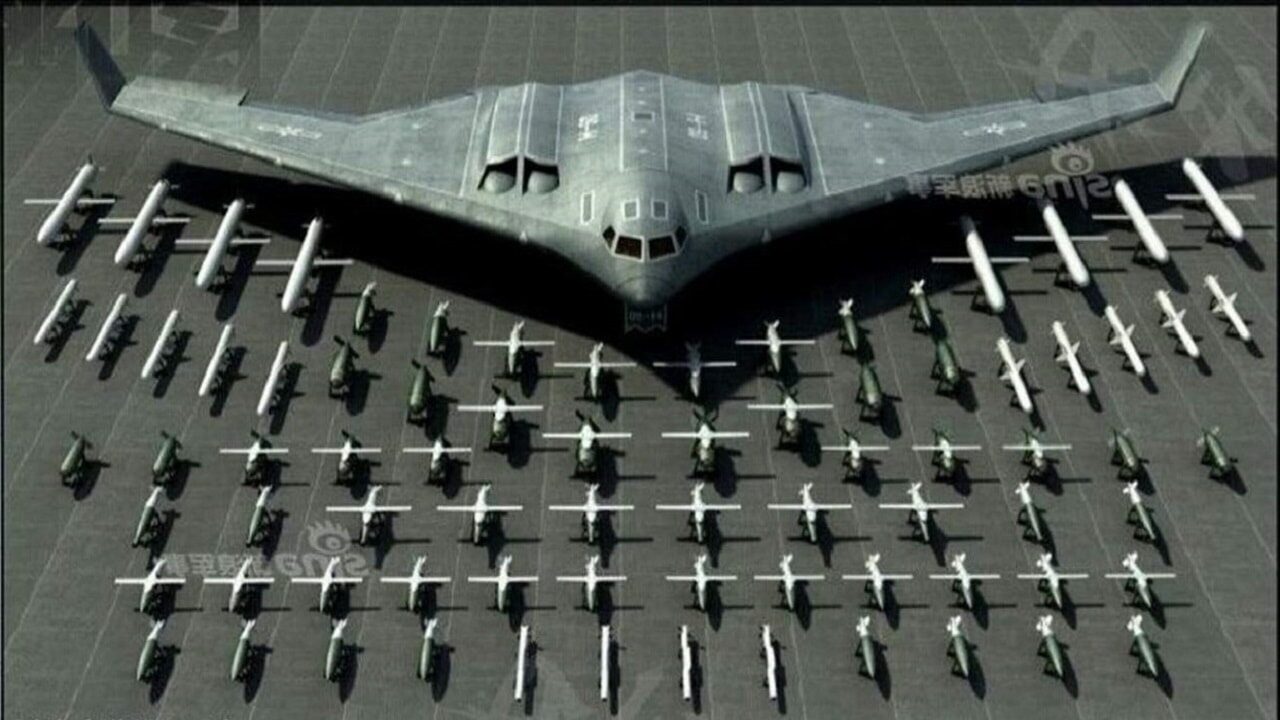 In a development that is sure to rattle Beijing, the U.S. Air Force unveiled the uber-impressive B-21 Raider bomber on December 2 at the Northrop Grumman plant in Palmdale, California. That event has military observers and analysts wondering how China will answer with its own next-generation stealth ground strike airplane known as the Xian H-20. When will this Chinese bomber be ready?

The B-21 may make its first flight in 2023 and reach initial operational capability in the middle of the decade. Meanwhile, the People’s Liberation Army Air Force (PLAAF) is making noises about modernizing its attack aircraft and releasing the H-20.

China has yearned for a stealth bomber for over 20 years, ever since it came into possession of small portions of an F-117 Nighthawk that was shot down by a Russian-made surface-to-air missile over the Balkans during the war in Kosovo. Some parts of the F-117 were displayed in a museum and Chinese intelligence agents acquired parts of the stealth airplane for further analysis.

This made the PLAAF imagine what it would be like to have their own stealth bomber. They could reverse engineer or otherwise copy some of the parts they found from the F-117. In 2013, initial reports were released by China that the PLAAF was getting close to developing a design and an independent expert released an artist rendering of the stealth bomber. In 2014, China said through state-run media that the new bomber could fly long-range with a huge payload of weapons.

More Details on the Xian H-20

In 2018, the PLAAF formally kicked off the H-20 program. It was expected to have a flying wing design like the American B-2 stealth bomber. Also, in 2018, a China Military Power Report published by the United States revealed that China was working on a long-range strategic stealth bomber believed to be the H-20.

There are no known confirmations of when the Chinese will first show off the H-20 in public. A senior U.S. Department of Defense official told 19FortyFive in November that the H-20 is years away from going to the PLAAF for regular service and that it would not soon change the military balance in the Indo-Pacific in a meaningful way.

What We Think We Know

The H-20 will likely have a rounded fuselage with blended wings on its body and curved air inlets -essentially a copy of the B-2 or B-21.

The PLAAF wants the H-20 to be nuclear-capable like the B-21 so it can be a deterrent for China’s nuclear triad.

It could also fire conventional missiles or even hypersonic weapons with an internal rotary launcher. The H-20 is expected to have active electronically scanned array (AESA) radar.

With a reported 5,000-mile range, the H-20 could reach targets in Guam and Australia and maybe even threaten Hawaii. The Philippines and Japan would also be endangered.

With an aerial re-fueling, it could conceivably put the continental United States in its crosshairs. Stealth attributes would theoretically enable it to penetrate contested air space.

The H-20 could also fly with China’s J-20 stealth fighter, which they have produced in enough numbers to deploy it within all the combat regions of the mainland.

Don’t Forget that China and Russia Have Other Bombers

China and Russia were so concerned about countering the unveiling of the B-21 that they did a joint patrol of their own bombers on November 30 – two days before the American stealth bomber’s big day. Two Chinese H-6s and two Russian Tu-95s made a “long-distance joint flight from the Sea of Japan to the East China Sea through the Pacific,” according to the Kyodo Times.

The American intelligence community and generals and admirals for U.S. Indo-Pacific Command will be watching the development of China’s H-20 closely. China wants its own stealth bomber desperately and it will likely resemble the B-2 and B-21. China has a nuclear triad too and the H-20 could give it an advantage when it comes to devising its nuclear strategy and developing first or second-strike tactics against the United States and its allies. China doesn’t mind playing copycat when it comes to airplane development and efforts to keep some aspects of the new B-21 secret are not going to stop the PLAAF from getting its own stealth bomber someday.