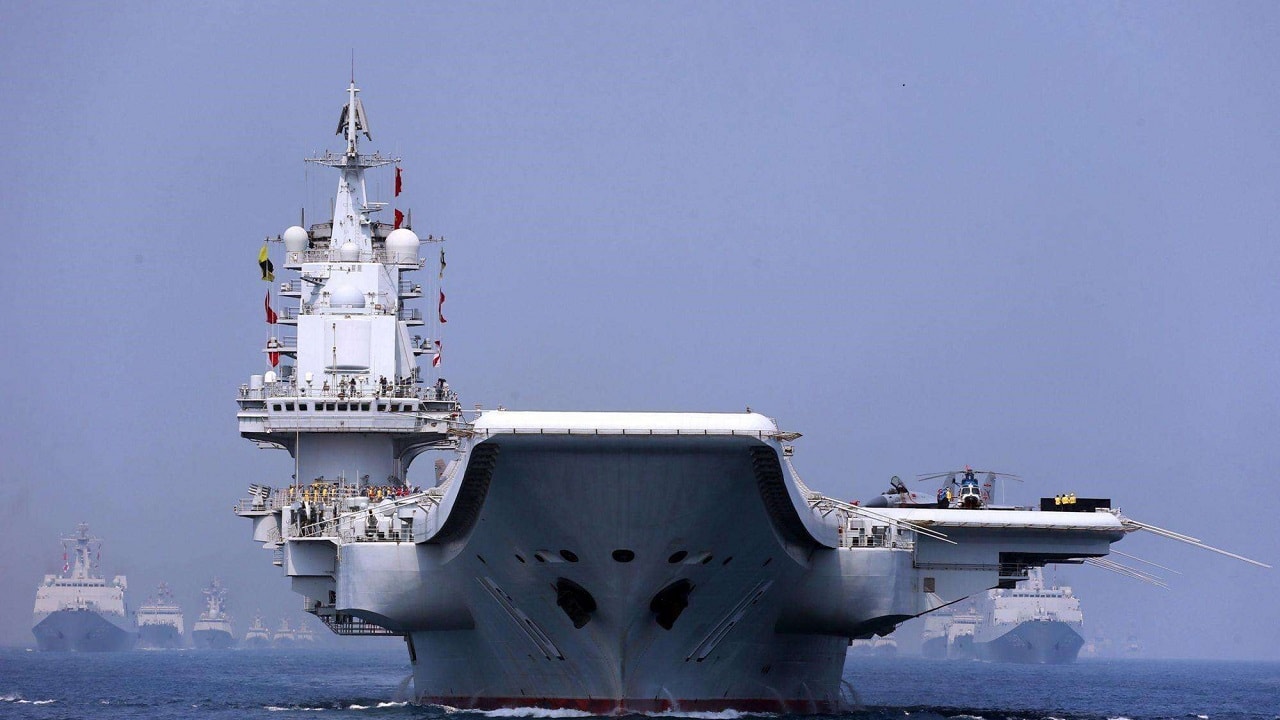 This is a story of begging, borrowing, and stealing. While China and the Soviet Union were rivals in the Cold War and not always allies, Beijing has used Russian ideas, concepts, and technology to engineer a modernization process of its military over the last 30 to 40 years.

When it’s not stealing ideas and designs from the United States, China sucks the life out of various defense hardware from the Russians. The result is a bigger quantity if not quality for its modernized military.

Let’s take a closer look at just what China has “borrowed” from the Soviet Union and Russia over the years to give its military the ability to dominate its region and even threaten enemies living outside its neighborhood.

Start with the Chinese air force using and abusing the Russians for fighter designs. Take the Shenyang J-11 for example. The J-11 has been instrumental in China’s efforts to intimidate Taiwan by flying the warplane into Taiwan’s air defense identification zone. But did you know the design of the J-11 is based on the Russian Sukhoi Su-27?

It started innocuously. The Russians agreed to grant a license to China in 1995 to produce 200 J-11s in China based on a template from Moscow in exchange for $2.5 billion. After the deal ended, the Chinese likely reverse-engineered the airplane’s components without permission from Russia. As a result, the J-11 looks just like the Su-27. And Russia never produced the engines and avionics in their country as China promised.

Once again, the copycat practice switched over to air defense. China has purchased S-300 surface-to-air missile launchers regularly from Russia starting in 2003 with an additional 15 battery delivery in 2010. Their homegrown HQ-9 air defender looks suspiciously like the S-300 with networking effects, similar radars, and a vertical-launch system with a two-stage air defense missile, plus other features that may have been reverse-engineered. The Chinese of course said that their designers did original work on the HQ-9 SAM system. China may have taken ideas from the American Patriot SAM too. According to Missilery.info, “The work on improving the complex was actively continued using the information received on the American Patriot complex and the Russian S-300PMU-2.”

Carrier Killing Missiles Started Out as a Russian Project

Keeping with the missile theme, the Chinese are known for their anti-ship “carrier killing” land-based launchers the DF-21B and DF-26B. These missiles are based on original Soviet designs from the 1970s. The Soviet Union did the trailblazing work on anti-ship ballistic missiles but later gave up on the various programs. The Soviets envisioned an extremely fast (before the term hypersonic was all the rage) missile that blazed through the atmosphere on a maneuverable path meant to outfox air defenses. China produced this missile to improve on the early Soviet designs and make it resistant to enemy interception.

As Felix K. Chang wrote for the Foreign Policy Research Institute, China built on earlier efforts and made the missile maneuverable. “Given a warhead’s mass and the speed of its descent, even a successful interception with an ABM missile might not be enough to stop it. Making matters worse for the defender, China has sought to design maneuverable warheads that would further complicate the task of ABM systems.”

Finally, you may know the story of China’s purchase of the Ukrainian aircraft carrier that Beijing would make its own. The ship started off as the Riga when its keel was laid in Nikolayev in December 1985. It was renamed the Varyag in 1990. The carrier was designed to be part of the Admiral Kuznetsov class. But the ship was never completed in Russia, and it was transferred to Ukraine after the Soviet Union fell apart. Eventually the ship’s engine and rudder were removed and nearly all that was left was the hull. It was put on the auction block and a company in Hong Kong bought it for only $30 million with surprising plans to make it a floating casino in Macau. This was all a ruse for public consumption.

The ship was towed all the way to China and ended up not in Macau, but in Dalian Shipyard in north-eastern China in 2002. The Chinese went to work and finished the ship as the Liaoning aircraft carrier that was commissioned in 2012.

What will the Chinese do next?

The Russians seem to be outsmarted by the Chinese when it comes to defense acquisition strategies. Look for Beijing to continue to borrow and steal designs from Moscow.

Russia would like to continue selling the Chinese military hardware, but they will have to figure in the price of intellectual property theft to any future deals – something the whole world is concerned about when trading with China. 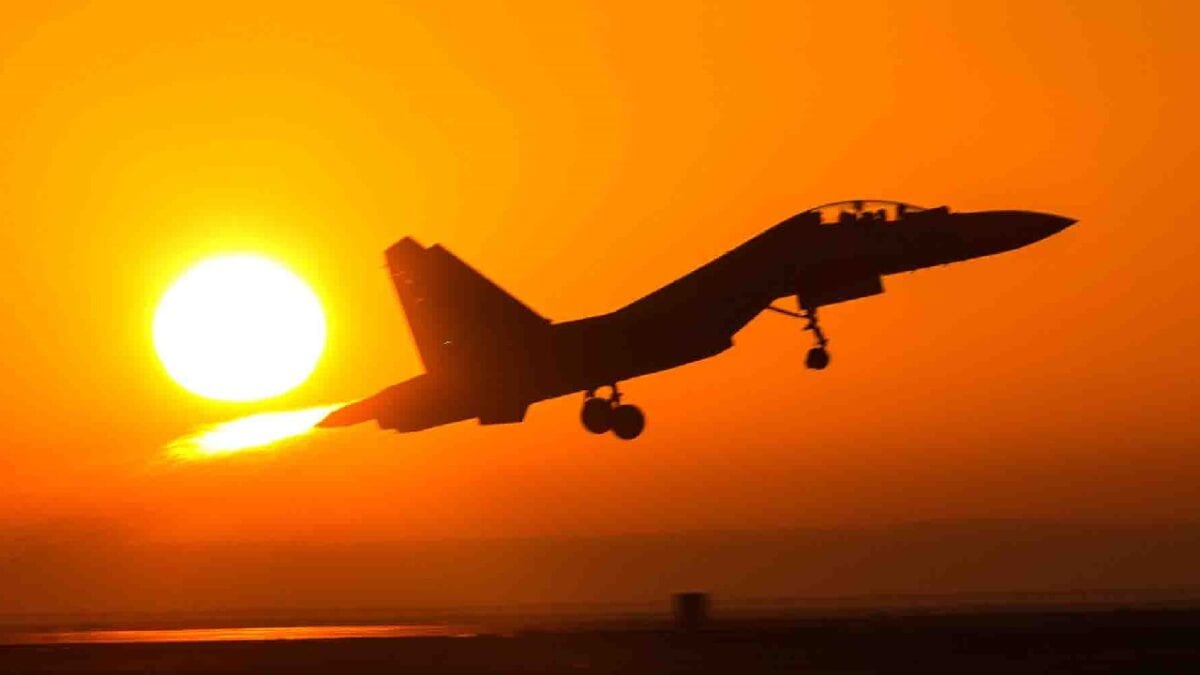 A J-11 fighter jet attached to an aviation brigade of the air force under the PLA Northern Theater Command takes off for a combat training exercise on the early morning of November 21, 2018. 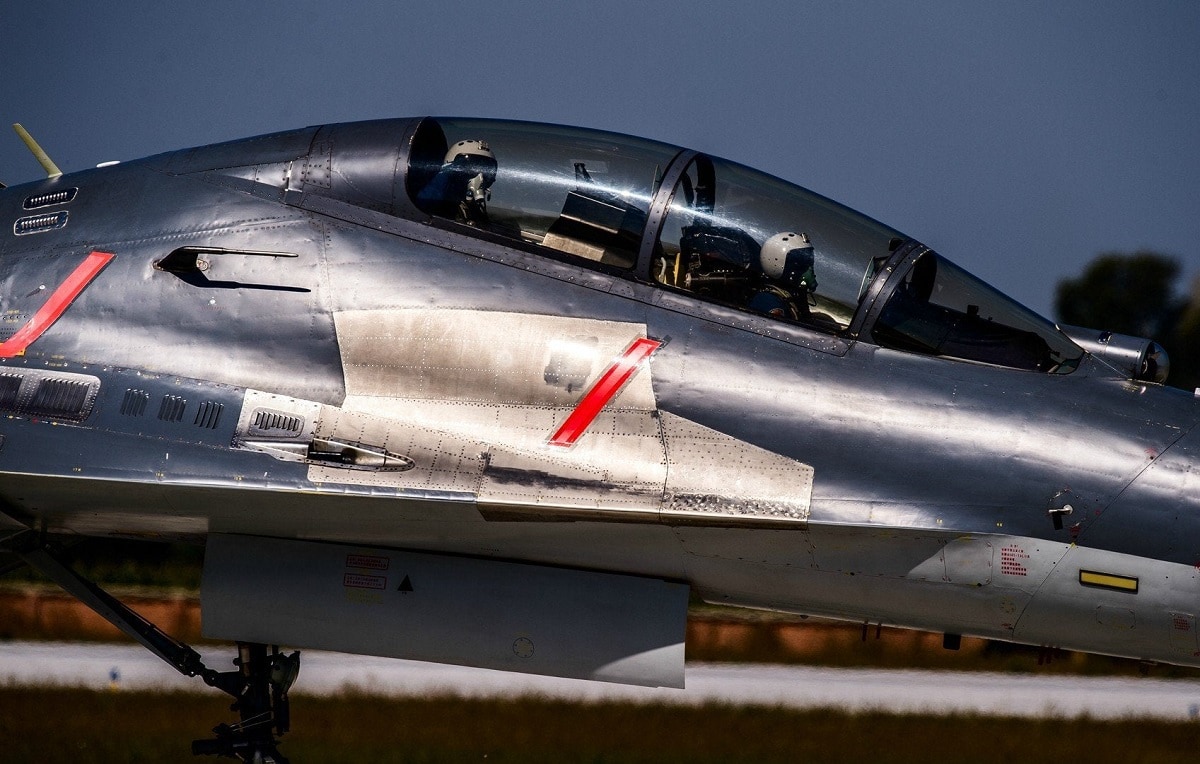 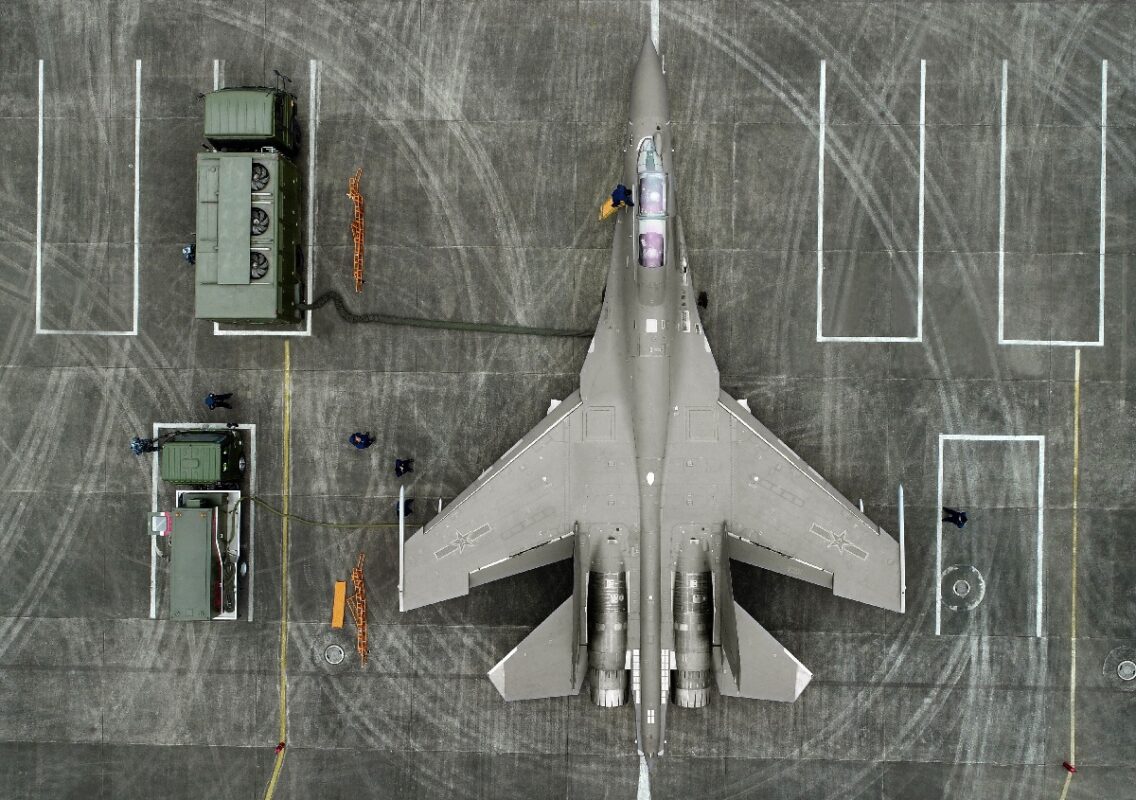