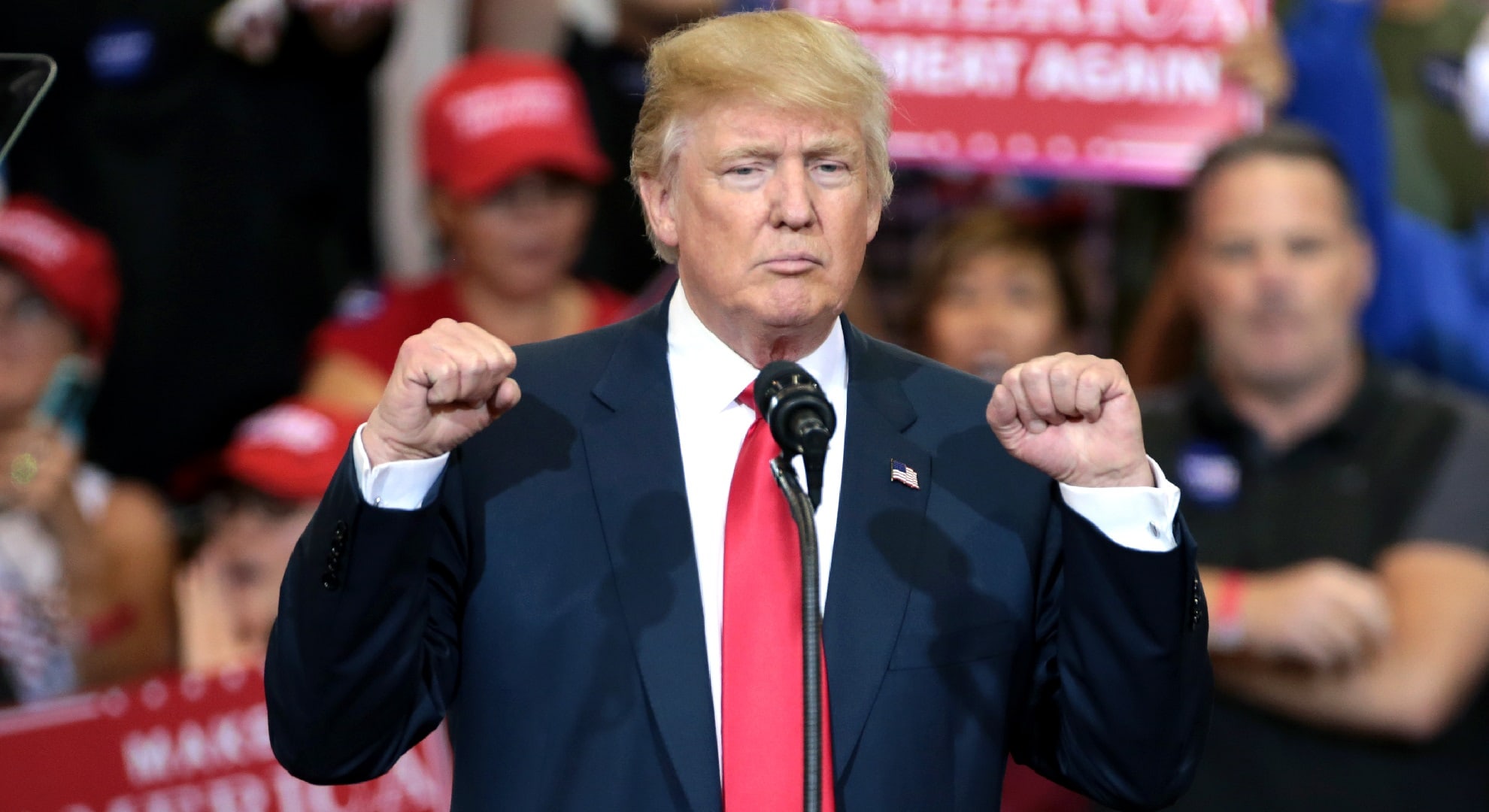 Former President Donald Trump remains the only high-profile figure to declare his candidacy for the 2024 election.

While Trump has earned the last two GOP nominations, he may have difficulty earning his third straight; the field promises to be crowded – and Trump’s popularity is declining.

Nonetheless, let’s consider a scenario in which Trump wins a third straight GOP nomination. Who will Trump pick as his running mate now that Mike Pence is out of the picture?

Here are a few options:

In the event that Trump pulls out a GOP nomination, he may feel pressure from his constituents to select Florida Governor Ron DeSantis as a running mate.

DeSantis is currently leading polls as the GOP favorite. DeSantis will likely remain a prominent figure in the GOP even if Trump wins the nomination; DeSantis is coming to be viewed as the future of the party and the GOP may feel a sense of urgency to elevate DeSantis beyond Florida.

Then again, DeSantis and Trump are both from Florida – which would make DeSantis redundant as far as earning electoral college votes go. Also, Trump may not want such a “star” serving in the VP’s office, consuming oxygen, and spotlight.

Texas Senator Ted Crus finished second in the polls during the 2016 GOP primary. Cruz will likely enter the 2024 race and poll well. Cruz is a stringent conservative who could add firepower and credibility to the Trump ticket. Cruz also hails from the increasingly important Hispanic demographic, which both Democrats and Republicans are urgently competing to court. Cruz could help the Republicans continue making headway amongst Hispanic voters.

But Cruz is fairly unlikeable, with a face that voters just don’t like (seriously). Plus, things got personal between Cruz and Trump during 2016, when Trump called Cruz’s wife ugly.

Kari Lake is a long shot; she just lost her first bid for public office, Arizona’s gubernatorial election (and then sued over election fraud.) But Lake is cut from the same cloth as Trump – something Trump himself has noticed. Trump even campaigned with Lake in the lead up to the midterms.

Lake is a TV personality turned politician who espouses MAGA views including election denialism. Sound familiar? She’d fit right into the Trump team, while adding a polish and articulation that Trump lacks.

Yet, like I said, Lake lost her first election. She has no governing experience. Granted, Sarah Palin barely had more experience than Lake when she was plucked to serve as John McCain’s running mate. But the Palin experiment was a disaster; McCain aides were shocked to discover that Palin did not have even a preliminary knowledge of world history or foreign affairs (they had to start from scratch with a ‘The Allies Won World War II’/’We Won the Cold War’ -level lesson plan.) Palin helped to sink McCain’s election chances.

Lake may be more competent than Palin, but she’s even less credentialed.

Oh, god. I don’t think MTG is a serious option for Trump’s running mate, but who knows.

The combination, ‘The Gruesome Twosome,’ has been suggested. MTG is a Trump lackey – and given that unwavering loyalty is basically a prerequisite for joining the Trump administration, MTG has an important box checked. Relatedly, MTG supports a slew of pro-Trump conspiracy theories. MTG also comes from an important battleground state: Georgia. Although, whether Georgia voters want a cook like MTG representing them on the national stage is unclear.

But, again, MTG is a cook. She’s not a serious person. She’s a junior House rep that has caused more headaches than solutions.

Harrison Kass is the Senior Editor at 19FortyFive. An attorney, pilot, guitarist, and minor pro hockey player, Harrison joined the US Air Force as a Pilot Trainee but was medically discharged. Harrison holds a BA from Lake Forest College, a JD from the University of Oregon, and an MA from New York University. Harrison lives in Oregon and listens to Dokken.