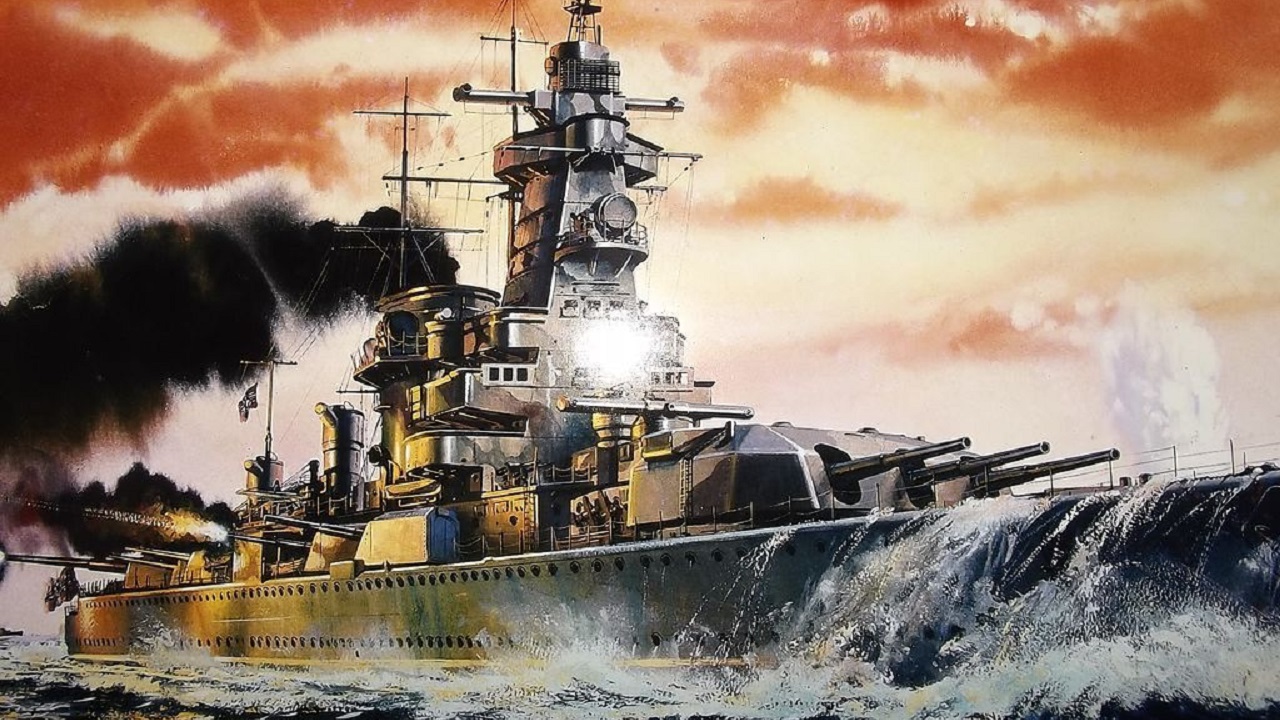 Hitler’s Pocket Battleships Were Built to Circumvent the Versailles Treaty – Prior to the First World War, the German Imperial Navy sought to build a fleet that would be powerful enough to challenge the Royal Navy’s predominance. Under Admiral Alfred von Tirpitz, who served as the plan’s chief architect, the German Imperial Navy sought to transform the Home Fleet (Heimatflotte) into the High Seas Fleet (Hochseeflotte).

German Emperor Kaiser Wilhelm II championed the effort – despite the fact that it pushed the UK closer to France and Russia, and thus set up the alliances that lead to the First World War. However, apart from the Battle of Jutland – which both sides claimed as a victory – the German High Seas Fleet and the Royal Navy’s Grand Fleet never engaged in a significant battle.

Yet, after the war, Germany was forced to surrender its fleet under the terms of the November 1918 Armistice – and the bulk of the fleet was interned at Scapa Flow, in the Orkney Island of Scotland while negotiations took place o the eventual fate of the ship. Fearing that the UK would seize the ships should the war resume if Germany rejected the Treaty of Versailles, German Admiral Ludwig von Reuter opted to scuttle the fleet – which was carried out on June 21, 1919.

Some 52 of the 74 interned vessels sank. It marked an inglorious end for the High Seas Fleet.

When Germany began to rearm its military, it initially sought to circumvent the restrictions that were placed upon it by the aforementioned Treaty of Versailles. Those efforts actually began during the Weimar Republic before Adolf Hitler and the Nazis took power, with the building of the Deutschland-class of cruisers.

Those warships directly broke the rules imposed on Germany by the Washington Treaty, and while still relatively small in size, the Deutschland-class were well armored and carried the type of armament traditionally only seen on battleships. Built for the Reichsmarine – the German Navy during the Weimar Republic and the first two years of the Nazi’s rule of Germany – between 1929 and 1936, the vessels were technically heavily armed cruisers displaced 10,600 to 12,340 long tons.

That was larger than the 10,000 long tons of the Washington Treaty but used welding in their construction as well as diesel-centric propulsion as weight-saving measures.

Officially, the Reichsmarine was part of the defensively oriented Reichswehr, but secret efforts began in the early 1920s to circumvent the treaties. These continued before the Nazis came to power – and in fact, what could be said is that the Nazis simply didn’t hide the fact the German military was rearming!

In addition to the size of the newly-built cruisers, was the fact that their guns set ships apart from the other cruisers of the era. Each carried six 11-inch guns in the primary battery, weapons that were typically only found on battleships, and this fact led to the vessels being called “Pocket Battleships” by British observers. It was believed that this new class of warships would hold its own against a “proper” battleship, as a “treaty” cruiser would be out-gunned in such an engagement.

With the speed of a cruiser – and able to reach 28 knots – along with the firepower of a capital ship, the pocket battleships seemed ideally suited to a specific purpose, one that certainly wasn’t defensive in nature: commerce raiding.

Yet, these vessels were actually first combat tested in a role reserved for true battleships of the era, shore bombardment. Deutschland and Admiral Scheer, the first of the two pocket battleships built for the German Navy, were deployed overseas during the Spanish Civil War, during which Deutschland came under attack from Spanish Republican aircraft including a pair of Soviet-built SB-2 bombers.

In response, Hitler ordered Admiral Scheer to bombard of the port of Almería. Yet, the true test for the ships was yet to come.

At the outbreak of the Second World War, all three pocket battleships – by that officially reclassified as heavy cruisers – were deployed as commerce raiders. Deutschland soon renamed Lützow to ensure that a ship named for the nation wasn’t lost in war, took part in the German invasion of Norway in 1940. Damaged by a British submarine, she was repaired and then again was engaged against merchant shipping and allied convoys. Damaged at the end of the war, she was used as a gun battery against the Soviet attack on Germany.

Admiral Scheer spent much of the war in her commerce raiding role and even made a brief foray into the Indian Ocean. She spent 161 days at sea, during which she sank 113,223 gross register tons (GRT) of shipping, and proved to be the most accomplished capital ship surface raider of the war. Admiral Scheer was later used as a training ship and then to support ground operations against the Soviets. She was struck by mobile bombs during a British air raid on Kiel in April 1945 and capsized in port. Her wreck is actually buried near the current port facilities within the city.

The most famous –even infamous – of the three pocket battleships is arguably Admiral Graf Spee, the last of the class to be built. Operating as a commerce raider in the South Atlantic at the start of the war, between September and December 1939 she sank nine ships totaling 50,089 GRT. In response, the British and French navies sent a task force and she confronted three British cruisers off the coast of Uruguay during the Battle of the River Plate on December 13, 1939.

It was the first naval battle of the Second World War.

Graf Spee inflicted heavy damage on the British ships, yet she was also damaged in the action and was forced into the port of Montevideo. Rather than let the ship be captured, and unable to make for the open sea, Captain Hans Wilhelm Langsdorff ordered the pocket battleship/heavy cruiser scuttled. Three days later he committed suicide in Buenos Aires, Argentina.

For decades, the wreck of Graf Spee remained in place, and only in recent years have there been efforts to raise the vessel as it has become a navigation hazard. Earlier this year, the Uruguayan Court of Appeals ruled that the 880-pound bronze eagle, which was from the stern of the German warship in 2019, could be sold. There had been fears that the eagle could be used to drum up support for neo-Nazi movements, but the Argentine millionaire who has attempted to purchase it has said it would be “pulverized.” 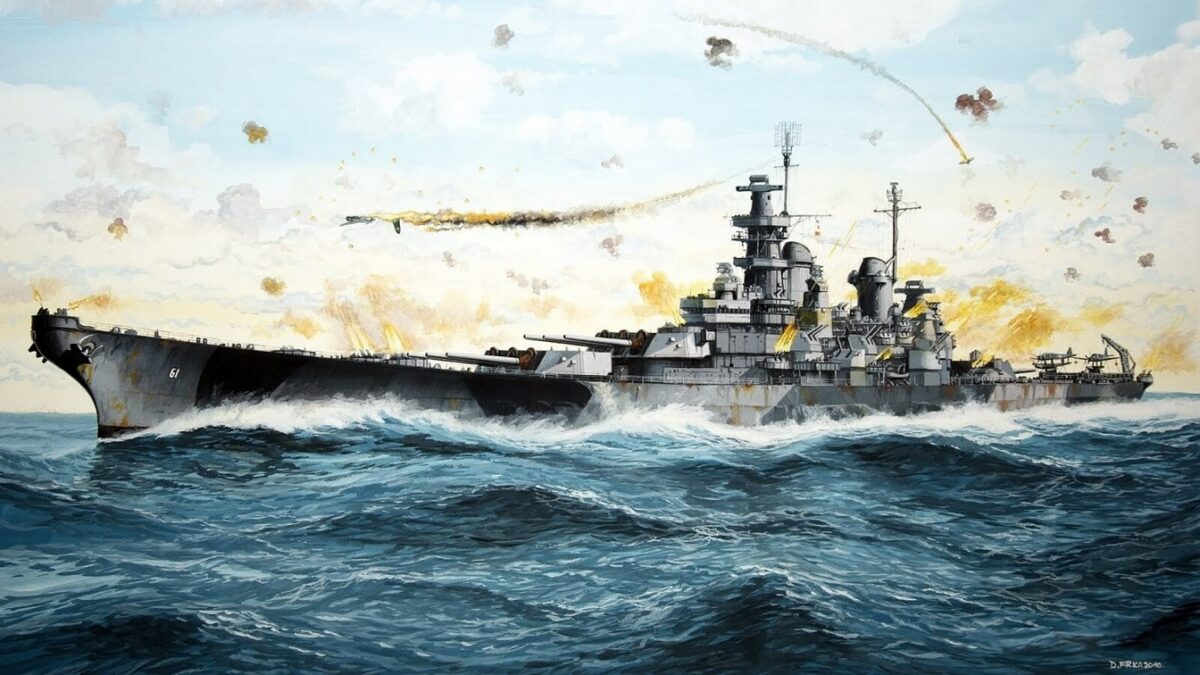 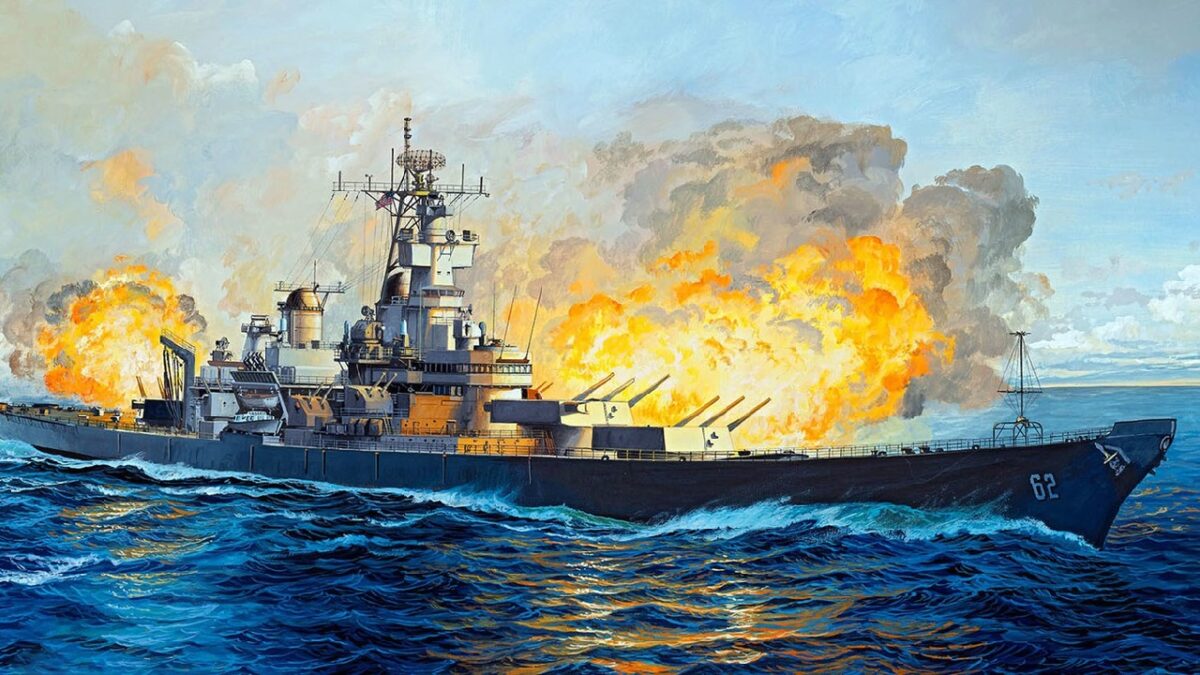 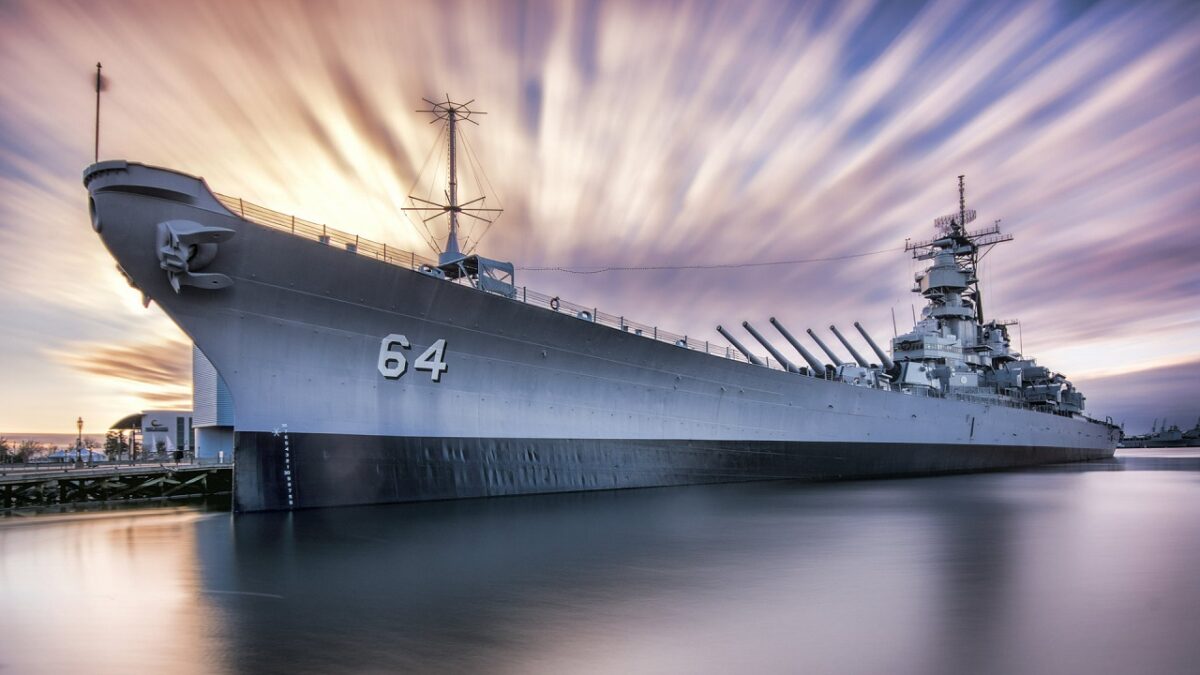 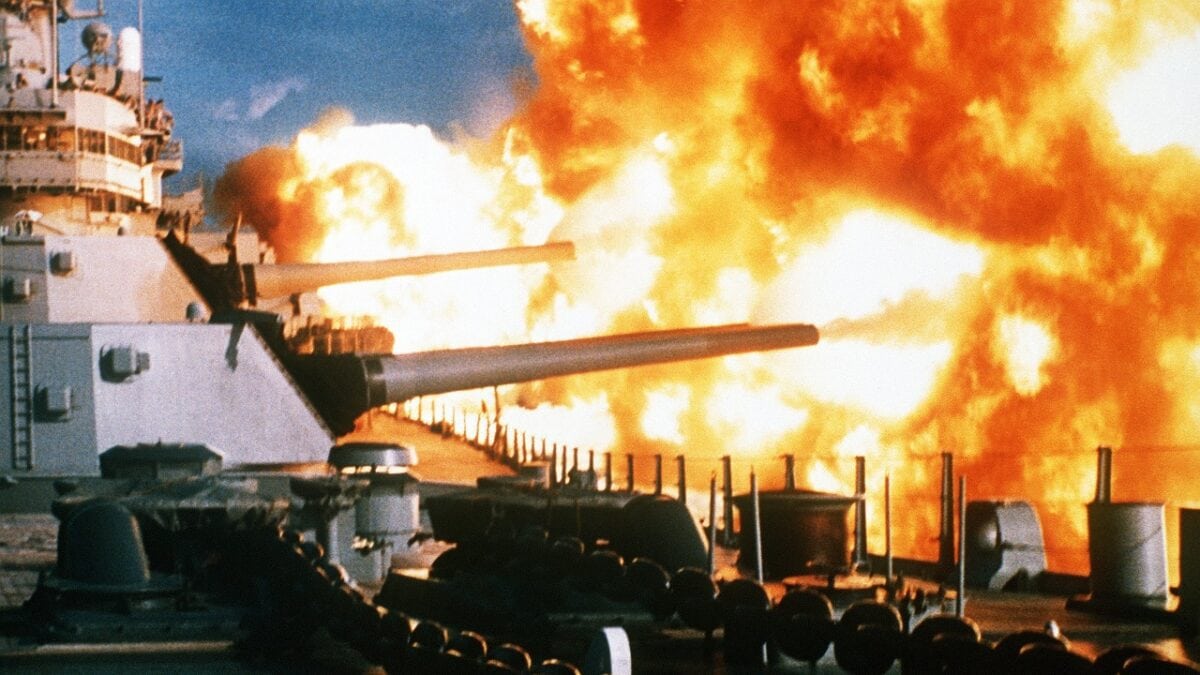 The Iowa-class battleship USS New Jersey fires at positions near Beirut on 9 January 1984 during the Lebanese Civil War. 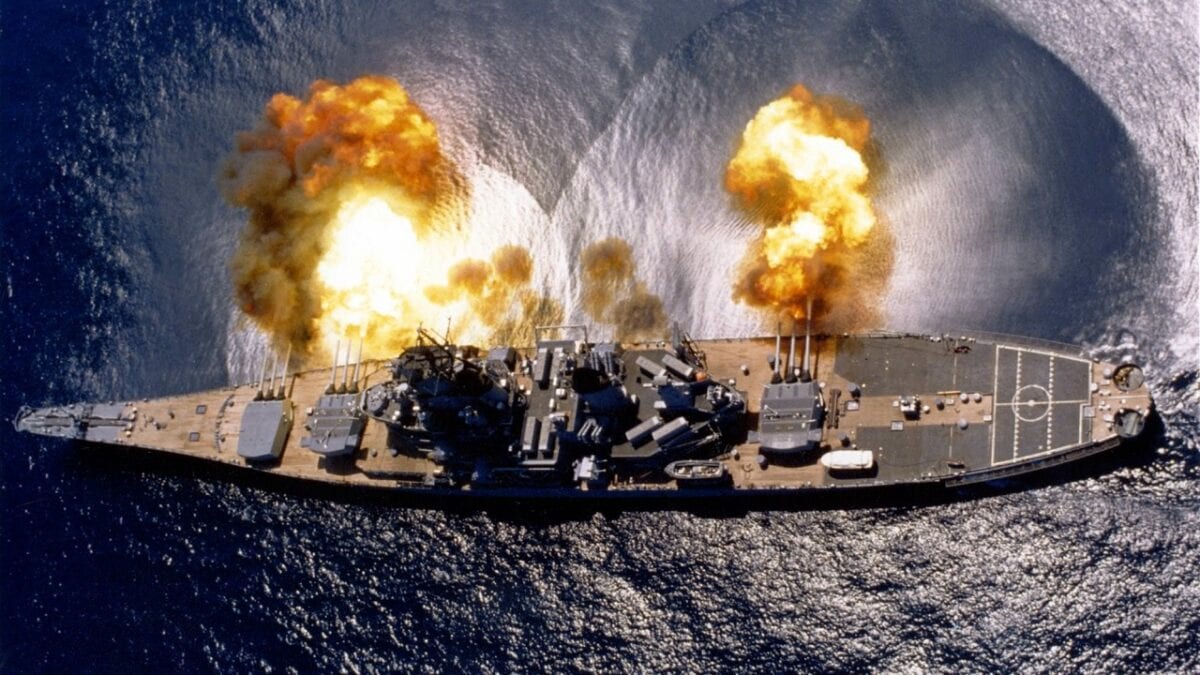 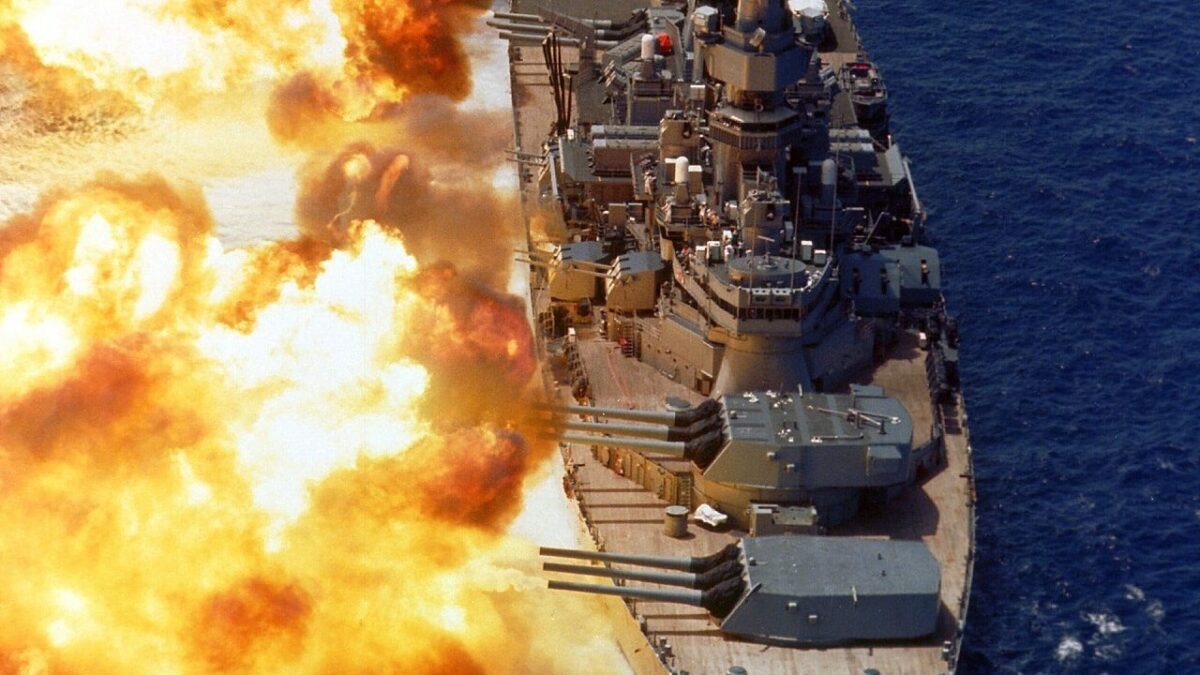 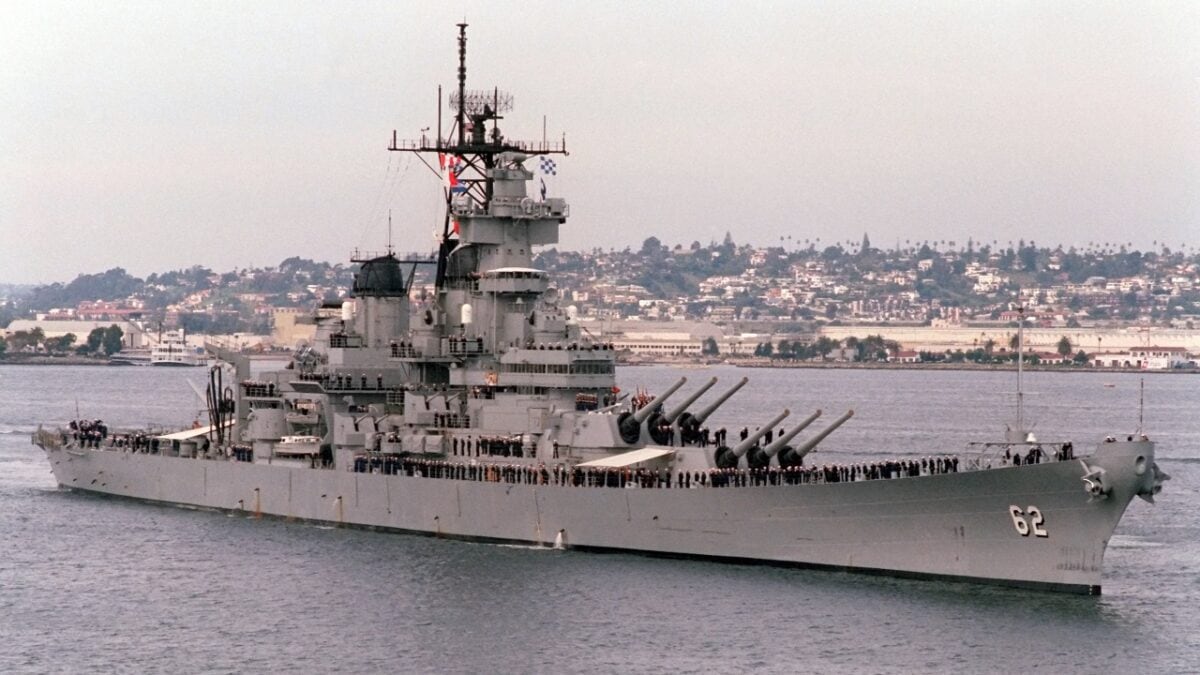