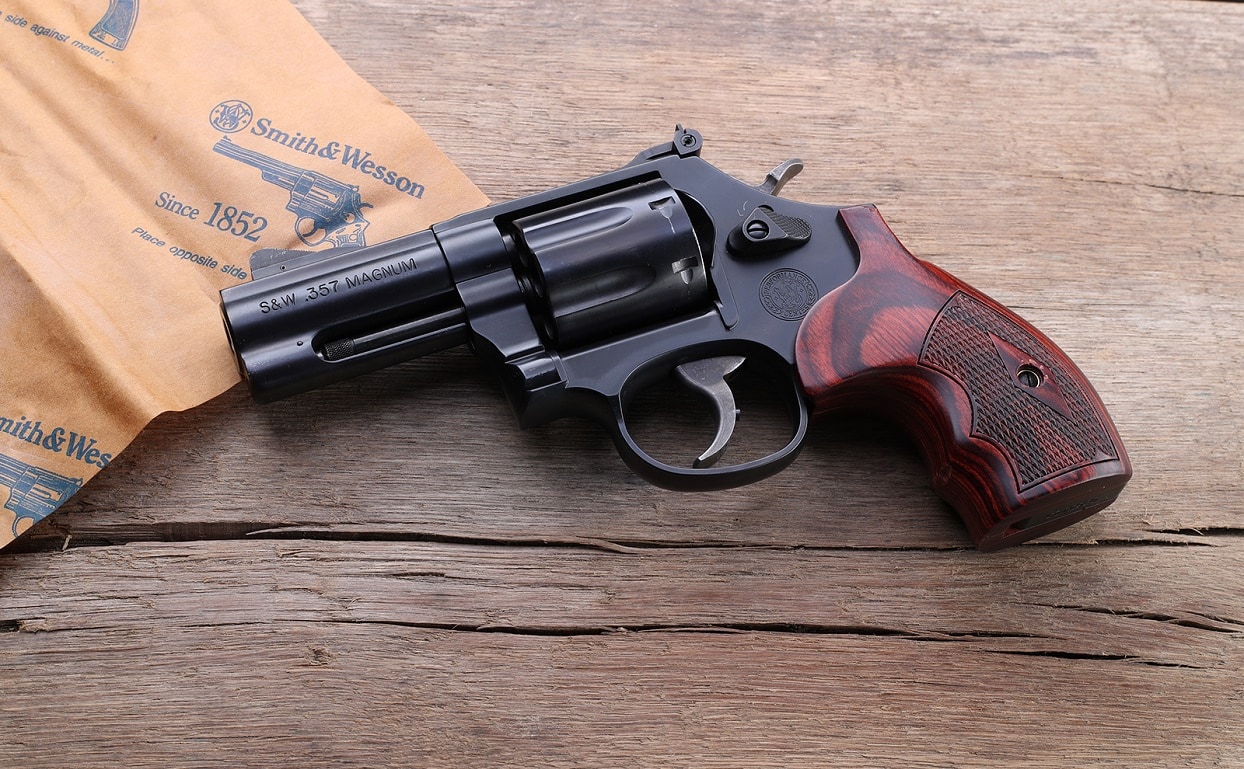 Classics never die. This is as true of classic rock music and classic cars as it is of classic firearms. Semiautomatic pistols whose legends endure include the M1911 .45 ACP and the Browning Hi-Power 9mm. Move over to the double-action revolver side, and you definitely have to include the Smith & Wesson Model 19 .357 Magnum.

Though certainly a classic, the S&W M19 wasn’t the first .357 Magnum firearm. That distinction belongs to Smith’s Model 27, which debuted in 1935 and also qualifies for classic status. But as beautiful a piece of machinery as the S&W M27 was – and still is – it was a behemoth. It couldn’t be a comfortable carry for anyone smaller than Hulk Hogan. What the Model 19 did was make the .357 Magnum revolver a more practical weapon to carry. As Keith Wood wrote in Guns & Ammo back in 2019:

“It began life as the Combat Magnum, a K-­frame in .357 Magnum designed in consultation with legendary Border Patrolman Bill Jordan. The concept of the Model 19 was to combine the power of the company’s N-­frame revolvers with the portability of the smaller K-­frames. The first models that came off the line in Springfield in 1955 all wore 4-­inch barrels. Several variations evolved over the years with barrel lengths eventually ranging from 21/2 to ­6 inches…Although, it was one of their great guns, the production of Model 19s slowed to a trickle during the 1990s, eventually ceasing altogether. However, just last year, Smith & Wesson reintroduced the classic Model 19 .357 Magnum.”

For the benefit of our readers unfamiliar with the late, great Bill Jordan, he was one of the most accomplished gunfighters of the 20th century. In addition, he and the equally legendary Ed McGivern were the advocates responsible for the double-action revolver gaining acceptance as a superior combat weapon to the single-action revolver. (Yes, hard to believe as it may seem to us 21st century denizens, there was once a prevailing paradigm that double-action wheelguns could not be as fast & accurate as their single-action predecessors.)

The rest is history. The blue-steel Model 19 and its stainless steel variant – the Model 66, introduced in 1971 – ended up in more American police holsters than you could shake a stick at, a movement that lasted until the large-scale nationwide police transition from wheelguns to autopistols began in the 1980s.

The current Smith & Wesson info page lists the Model 19 as having a barrel length of 4.25 inches, an overall length of 9.875 inches, and a weight of 37.2 ounces. The info pages further adds that, “The Smith & Wesson Classics series of revolvers have been enhanced with modern internal components, but mimic the look and feel of classic models.  The Model 19 Classic revolver features a handsome set of walnut grips, a 4.25″ barrel, a black adjustable rear sight, and red ramp front sight. The revolver dons a highly polished, blued finish and traditional thumbpiece for a classic look.”

I Fired This Gun: What We Can Tell You

Shame on me, I know: As legendary as the S&W M19 is, I have very limited hands-on experience with the gun. By limited, I mean a couple of cylinders’ worth of live rounds fired over a decade ago. But that experience left the same positive impression that Smith wheelguns such as the Model 29 .44 Magnum, the Model 586 L-frame .357 Magnum, and the S&W .500 handcannon have given me over the years: smooth trigger, accurate, flawless function, and pleasing to the eye.

About the only downside of the S&W M19 is that it doesn’t have the long-term strength and durability of, say, the Ruger GP-100 – “the Timex of double-action revolvers,” as I’ve repeatedly called that one. What many M19 users do to offset this, and to prolong the service lives of their beloved pieces, is to feed them a steady diet of .38 Special loads such as the +P 158-grain lead semi-wadcutter hollowpoint known as “the FBI Load,” while using just enough full-house Magnum ammo to maintain proficiency and familiarity for the hard-kicking caliber.

Seeing how I referred to the Smith Model 19 as a classic right off the bat, it should come as no surprise that I’d recommend the gun for purchase, whether you’re a first-time revolver shooter or a lifelong wheelgun aficionado. Current MSRP lists at $969. 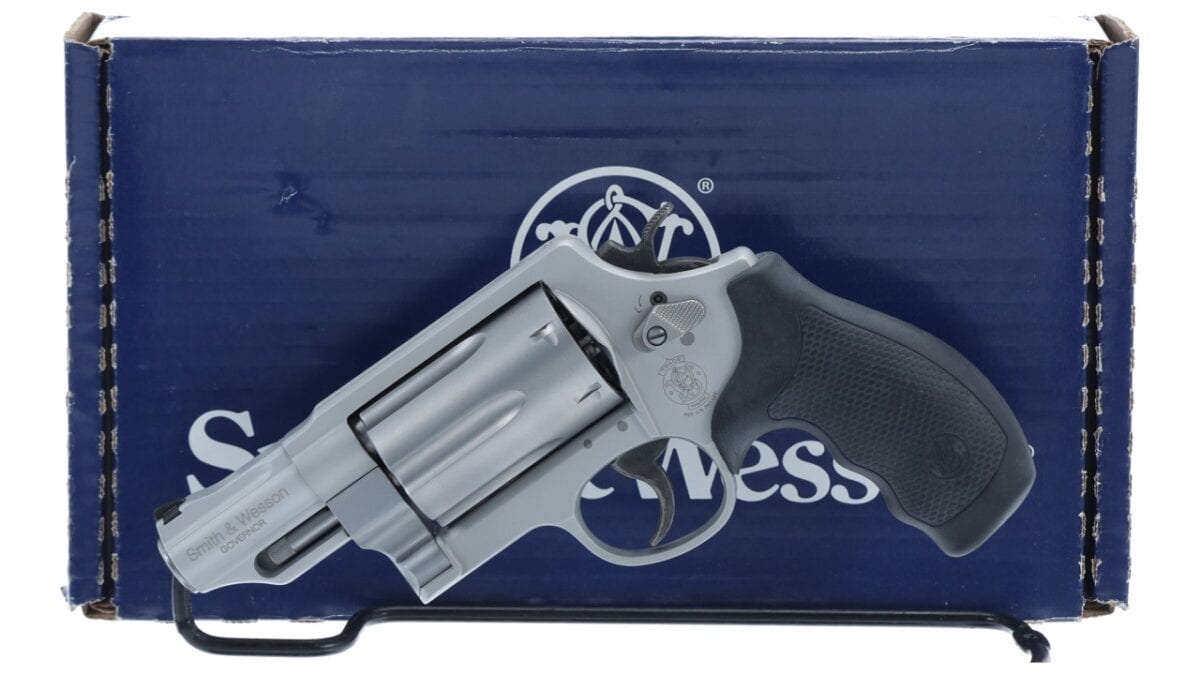 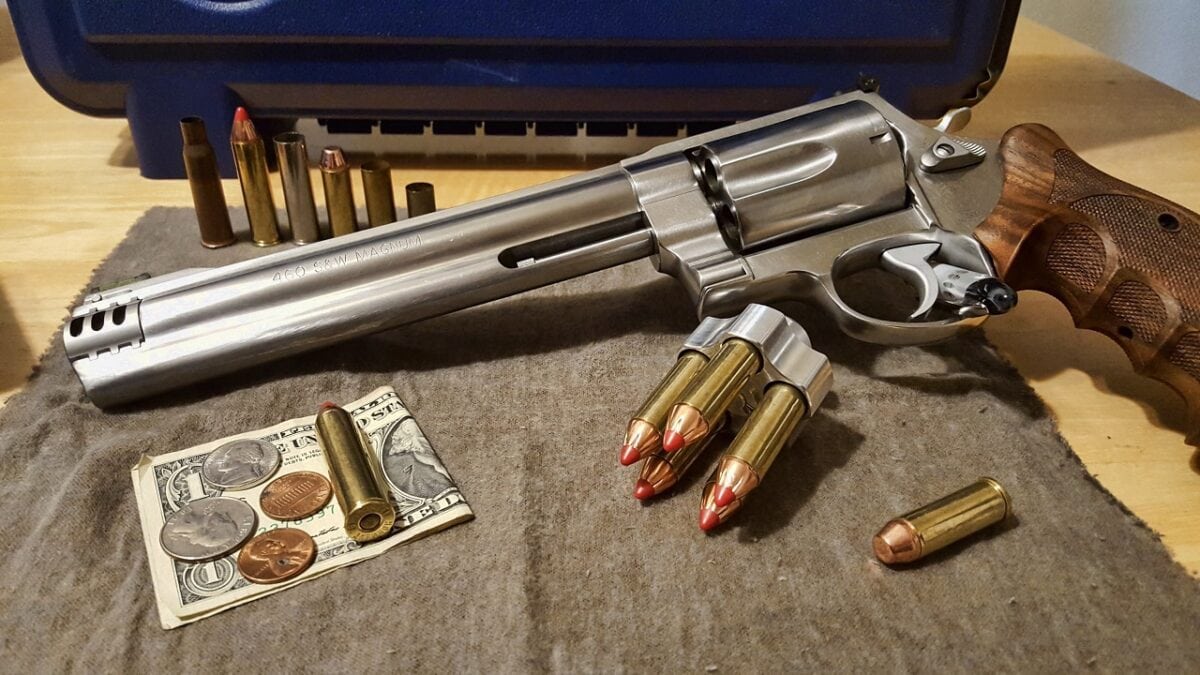 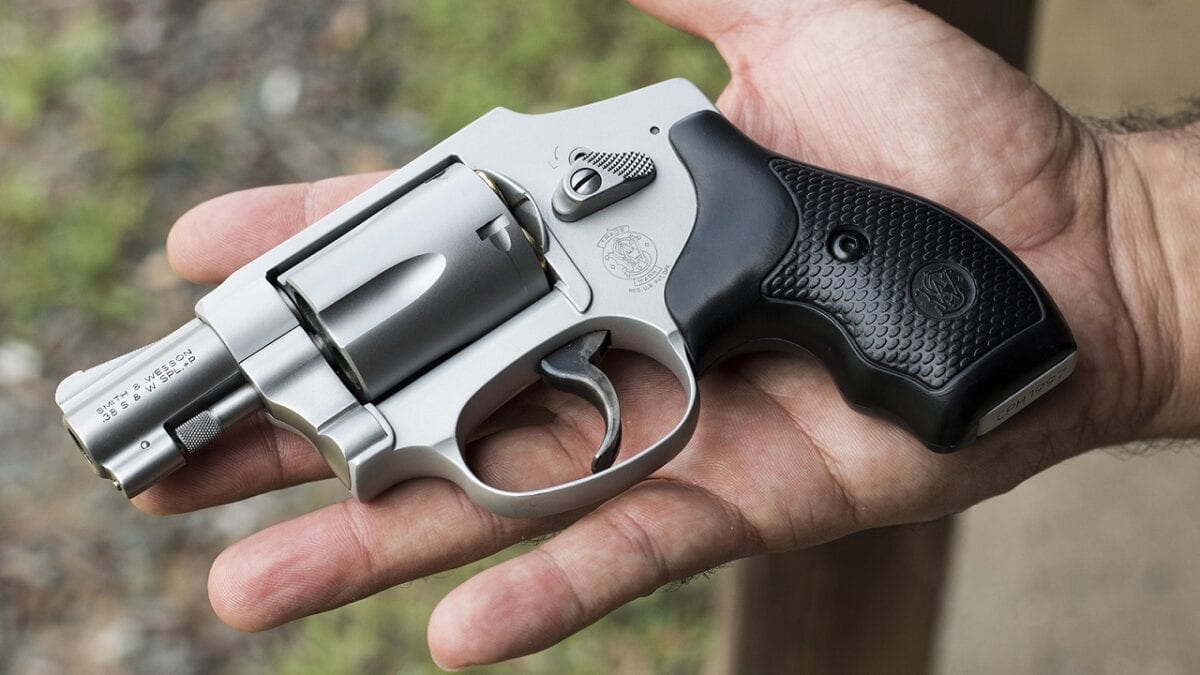 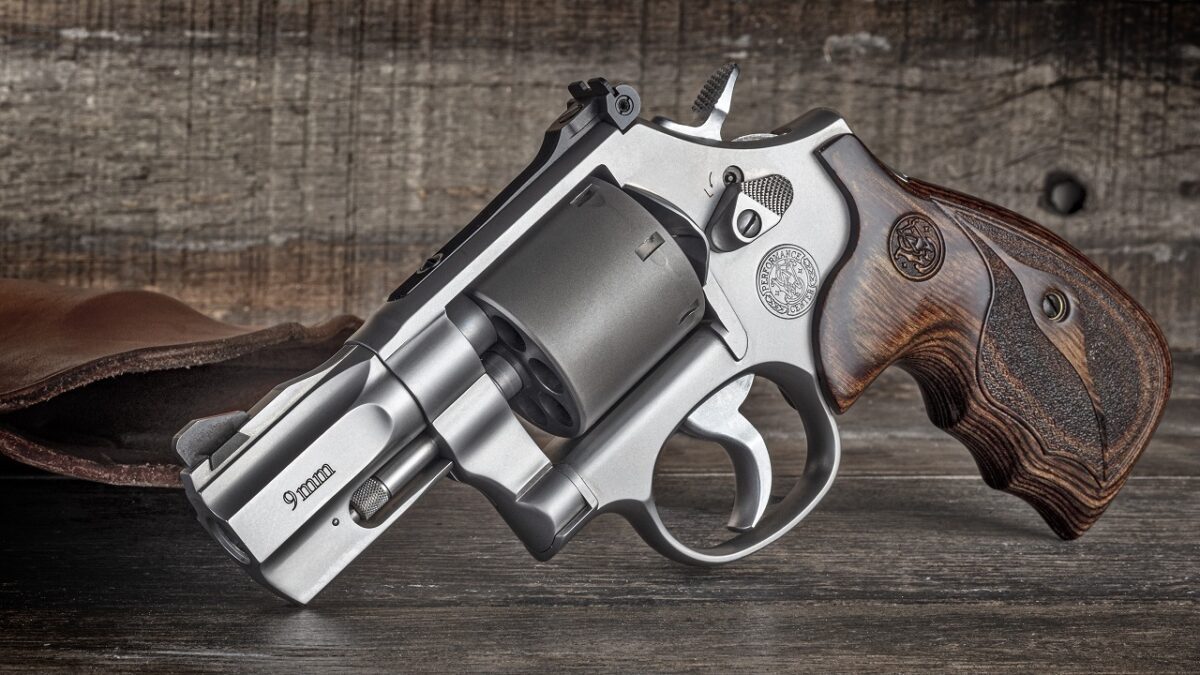