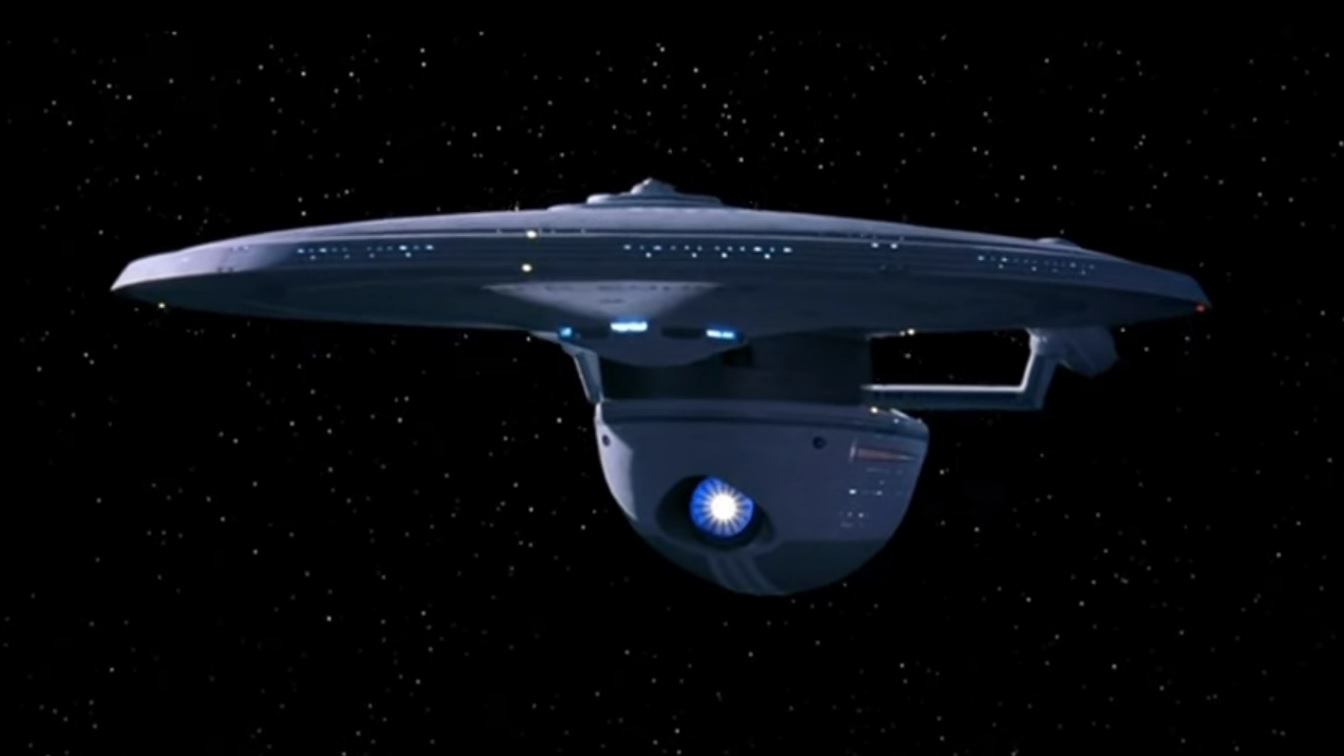 “These are the voyages of the USS Excelsior…” Those words are what might have been heard in the opening sequence of the Star Trek TV series that never was, involving the starship under the command of Hikaru Sulu. Played by screen actor George Takei since the very first episode of Star Trek: The Original Series – and appearing in 52 of the 80 episodes – Sulu became one of the central characters in the “Star Trek” universe.

And for the record, he did command the USS Excelsior (NCC-2000), even if the series that fans petitioned to see never actually materialized.

Though multiple Star Trek series and films have featured a vessel named USS Enterprise – to honor the U.S. Navy warships of the same name – it has been the unseen story of the Excelsior that fans consider a truly missed opportunity.

USS Excelsior (NX-2000/NCC-2000) was stated to be a prototype and lead vessel of a new class of Starfleet exploration starship in the 23rd century.

Designed as the first Starfleet vessel equipped with “transwarp drive” – an awe-inspiring concept – she was described as having the potential to become the fastest starship in the entire United Federation of Planets.

The vessel was first mentioned, albeit without its capabilities actually being described, in the script for 1982’s Star Trek II: The Wrath of Khan. While it didn’t make it to the final version of the film, the script initially noted that Sulu would go on to command the Excelsior at the end of the month.

The ship made its canonical debut in the follow-up film, Star Trek III: The Search for Spock, where its capabilities were described – and subsequently dismissed by Captain Montgomery Scott (James Doohan), who still somehow made captain of engineering aboard the vessel despite his reservations of the technology.

“Scotty” went on to sabotage the ship’s transwarp computer, which allowed Admiral James T. Kirk (William Shatner) and his compatriots to steal their former vessel USS Enterprise (NCC-1701), and thus begin their “search for Spock.”

The USS Excelsior Sulu Series That Could Have Been

Despite Sulu’s role in rescuing Spock, which was followed up by a blast to the past involving whales and saving planet Earth, he did eventually take command of USS Excelsior – after the ship was refitted with more traditional warp drive technology. Sulu was even seen in command of the ship during the 1991 film Star Trek VI: The Undiscovered Country, which was also the final film in the franchise to feature all of the original series cast.

At the time, Star Trek: The Next Generation had gone on to become the first in a series of successful spinoffs, which would be followed by Star Trek: Deep Space Nine and Star Trek: Voyager, before the franchise faced fatigue with the prequel Star Trek: Enterprise.

However, throughout the 1990s, many Trekkers clamored for a spinoff featuring Sulu in command of the USS Excelsior. The fans had even launched a campaign to show Paramount that there was significant interest in such a series.

Takei had said in past interviews that he was very interested in the idea, and was even “baffled” that the studio opted to pass on the series. In a 2020 interview with StarTrek.com, the Asian-American actor admitted he was surprised the series didn’t move forward given such calls from the fans:

“That’s what the fans thought it was going to be. They mounted a huge tidal wave of letter writing, and by then we were in the email age, too. When we were on television, they were fan mailing us with pen and paper, but after that movie, fans inundated Paramount with email pleas for a new spin off series called ‘The Excelsior with Captain Sulu’. Those executives at Paramount didn’t see and didn’t hear, [so] they missed that opportunity. But the fans thought it was a great idea, and it surely would have been a huge, monstrous, galactic success.” 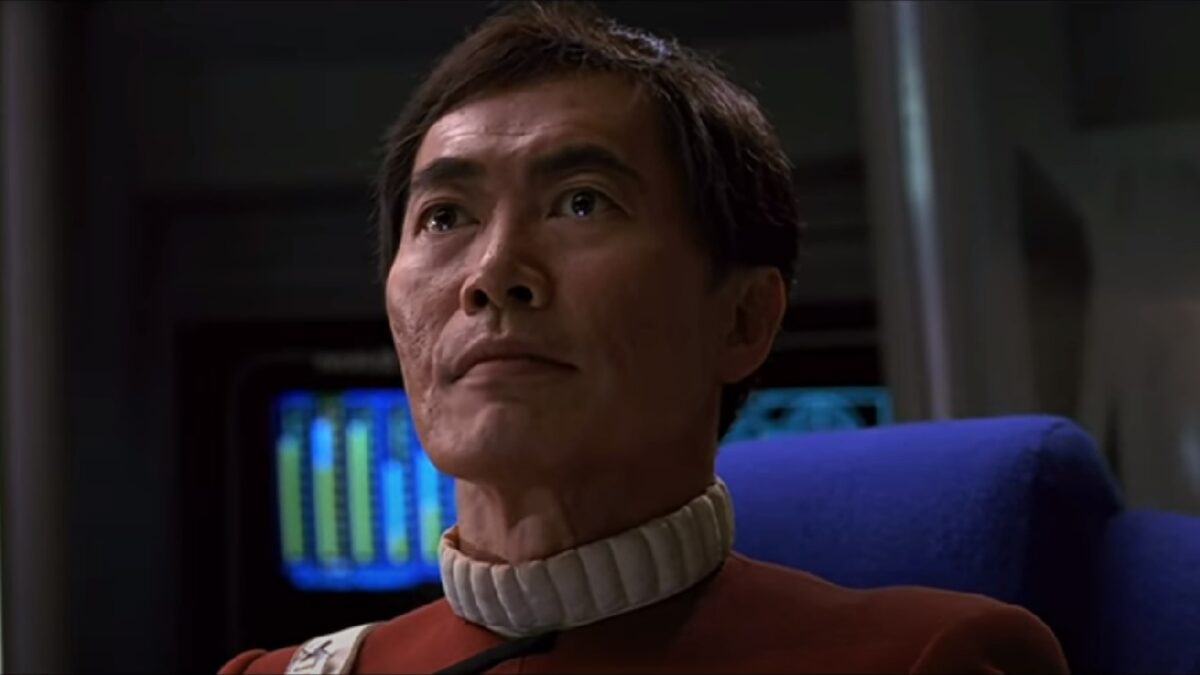 Sadly for the fans, the closest it ever came was via an episode of Star Trek: Voyager, fittingly named “Flashback,” which featured Lt. Commander Tuvok’s time serving under Captain Sulu – and which filled in the events that took place during the mission to rescue Kirk and Spock in Star Trek VI. That episode was meant to serve as a “backdoor pilot” for a potential mini-series, but it didn’t get the traction it needed with Paramount.

Yet, even three decades later, Takei had said he’d still be open to sitting in the captain’s chair given the outpouring of fan support for an Excelsior-based series. Given that the Paramount+ streaming service now has multiple Star Trek series in production, perhaps we could still see those voyages of the USS Excelsior. 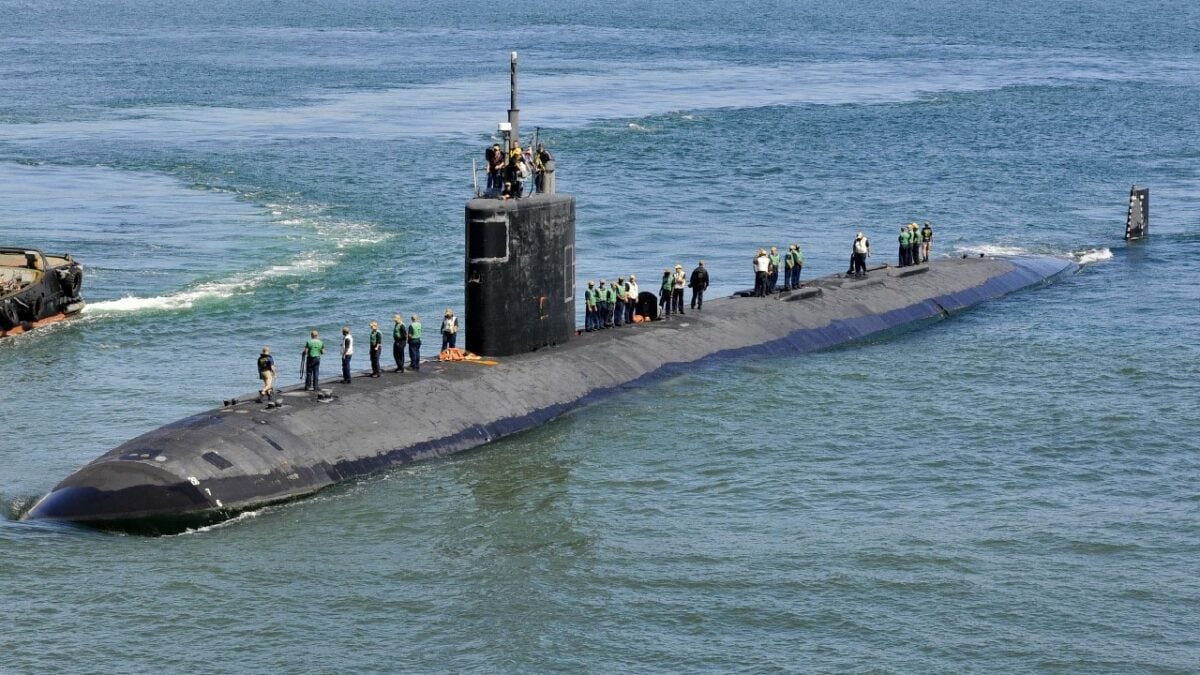 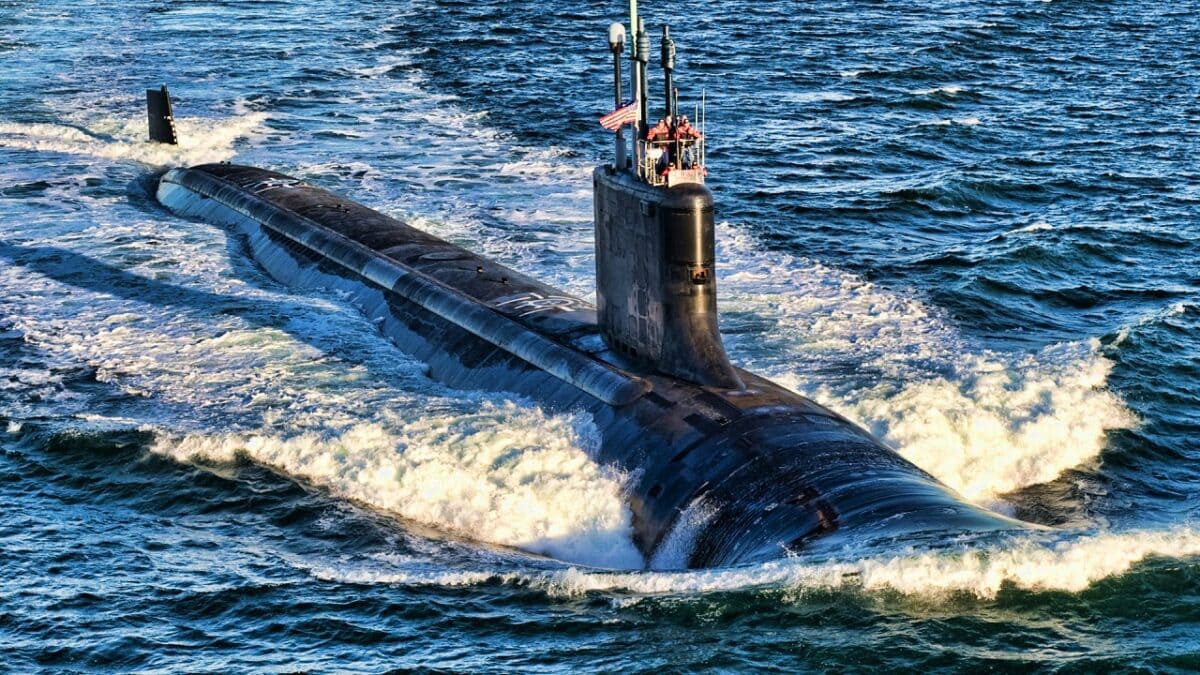 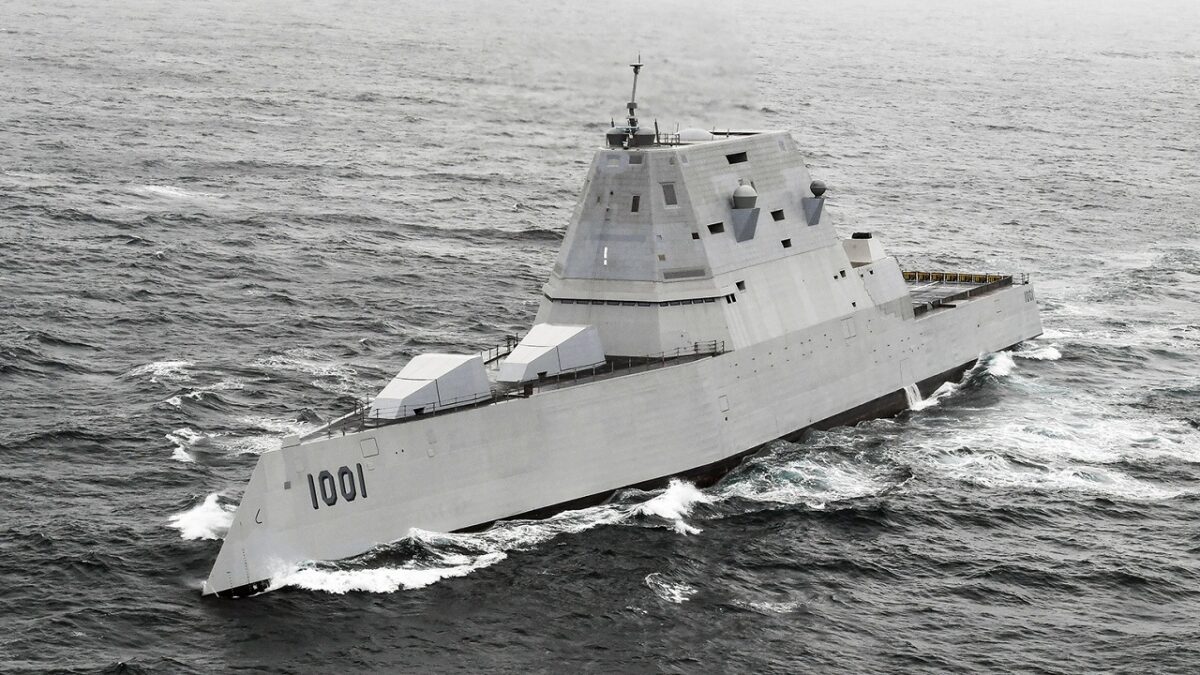 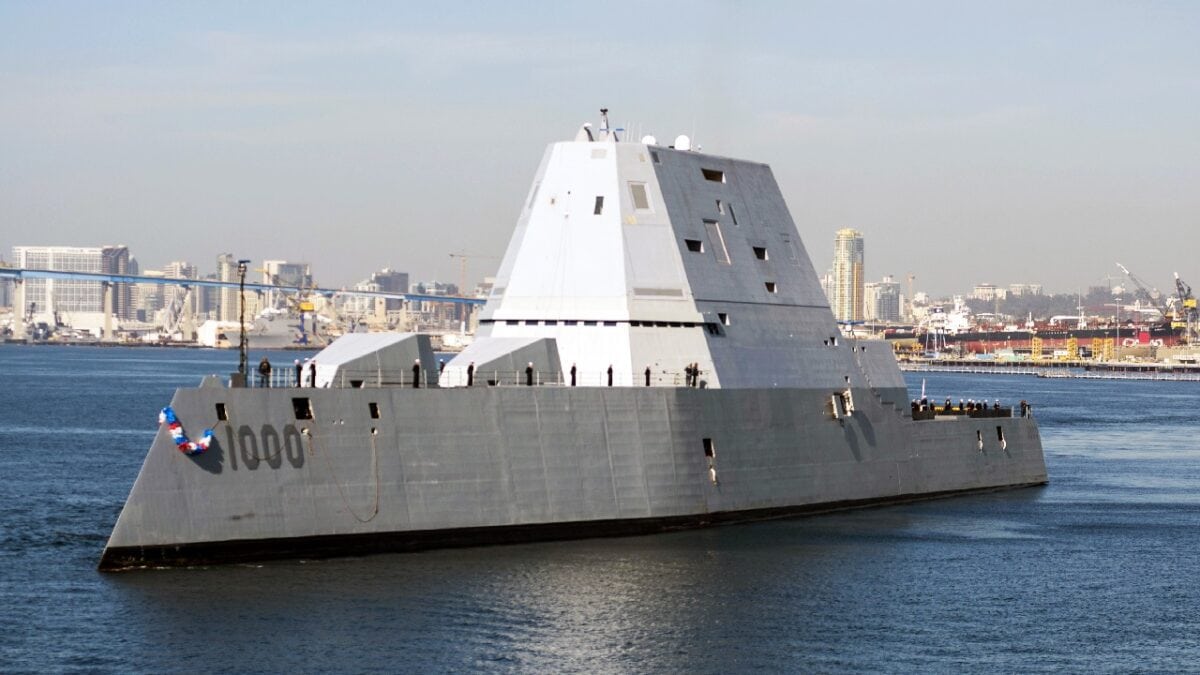 Senior Biography: A Senior Editor for 19FortyFive, Peter Suciu is a Michigan-based writer who has contributed to more than four dozen magazines, newspapers, and websites with over 3,000 published pieces over a twenty-year career in journalism. He regularly writes about military hardware, firearms history, cybersecurity, and international affairs. Peter is also a Contributing Writer for Forbes. You can follow him on Twitter: @PeterSuciu.