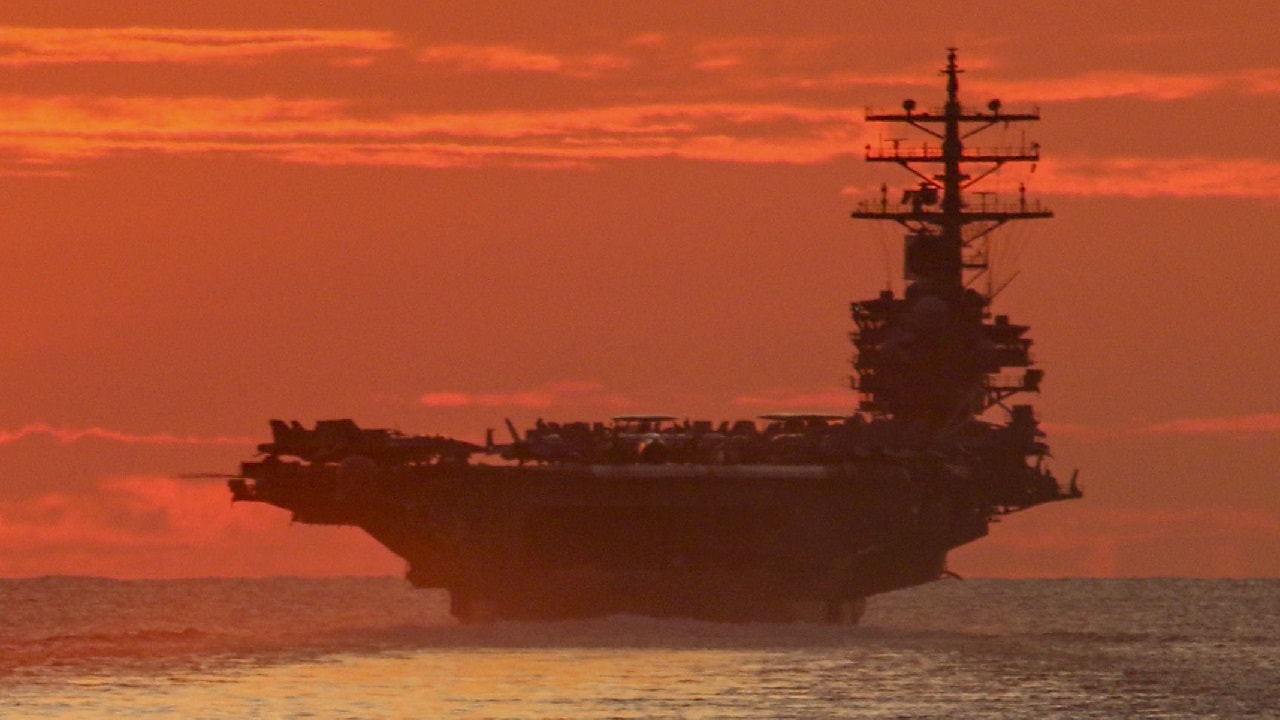 Beware, China. And Taiwan, and Asia, and America. Just after the holidays, a team from the Washington-based Center for Strategic and International Studies (CSIS) released a hefty report entitled The First Battle of the Next War: Wargaming a Chinese Invasion of Taiwan. It is jam-packed with insight. One hopes it finds avid readership among the uniformed services, their political masters, and Congress.

The report details the design and results of an unclassified wargame set in the Taiwan Strait in 2026, toward the end of the much-discussed “Davidson window,” which postulates a Chinese attack on Taiwan by 2027. The game overseers ran twenty-four iterations, changing different variables—political and strategic decisions, alliance politics, strategy and operations, weaponry and sensors available to the combatants—to identify cross-cutting themes, and to compile findings and recommendations applicable across a variety of likely circumstances.

On the whole the CSIS game struck a more upbeat note than games conducted by the armed forces themselves, which tend to prophesy bitter defeat. The First Battle of the Next War observes that China’s People’s Liberation Army (PLA) generally lost or fought to a stalemate under most plausible scenarios. The coauthors attribute the disparity between think-tank and Pentagon games to the fact that the CSIS hosts factored history into the game’s conduct alongside more traditional statistical methods.

Bringing in non-quantitative measures is wise. Military sage Carl von Clausewitz warns against trying to reduce a messy, complex affair like warfare to rules and formulas. Relying overwhelmingly on the probability of a kill during an exchange of fire employing certain weapons and sensors, as Pentagon games are wont to do, feels like flouting Clausewitzian counsel.

History is an antidote to fixating on numbers.

Probably the three biggest themes to emerge from the report are this: Taiwan must take ownership of its own defense rather than depend on outside intervention for survival; to succeed the U.S. armed forces must obtain permission from the Japanese government to operate from U.S. bases in Japan; and the U.S. military must bulk up its magazine of air-launched anti-ship ordnance to the maximum extent possible in order to sink a PLA Navy amphibious task force trying to cross the Taiwan Strait.

Otherwise Taiwan will fall. The island and its protectors will be unable to concentrate enough firepower at the time and place of battle to prevail.

The early chapters in The First Battle of the Next War are interesting, but they focus more on game design than actionable takeaways. The coauthors turn to the results of the game and their findings and recommendations around halfway through the report. That’s where makers and executors—and funders—of strategy should concentrate their attention.

For instance, the coauthors urge Washington to prime the armed forces and American society for the realities of great-power war. And to do it ahead of time. No cross-strait war, they say correctly, will be a standoff, pushbutton, antiseptic affair. It will be bloody, and costly. Losses will be grave. The U.S. Navy typically lost two aircraft carriers and between ten and twenty major surface combatants depending on the iteration of the game. Aircraft losses were traumatic, as were casualties to aviators, mariners, and soldiers.

In all likelihood, life will imitate gaming.

In other words, it’s worth disabusing service folk and American citizens of the notion that the United States, its allies, and Taiwan can score a quick, decisive victory in the Taiwan Strait. That assumption is what we’ve grown accustomed to since the Soviet Union’s demise. America’s post-Cold War era of martial supremacy—and easy triumphs over outmatched foes—has come to a close. History has returned. Statesmen and senior commanders should acculturate the services, the U.S. government, and the populace to basic facts of warfare now.

Let’s zero in on a couple of critical points from the report. Strikingly, one weapon system comes up again and again in the report, namely the AGM-158B Joint Air to Surface Standoff Missile-Extended Range (JASSM-ER). The report doesn’t quite tout the JASSM-ER as a war-winning capability. But close.

Here’s why. Designed chiefly for air-to-ground missions, the JASSM-ER is a precision strike weapon boasting a range officially estimated at 575 miles. That’s standoff range, beyond the reach of PLA Navy ships’ defenses. This lethal missile is also plentiful in the U.S. Air Force inventory. The air arm will boast an estimated 3,650 of them by 2026. By contrast, the newfangled AGM-158C Long-Range Anti-Ship Missile (LRASM), a JASSM-ER derivative optimized for shipkilling, is scarce in the Air Force and Navy inventories. (At present Air Force B-1B bombers and Navy F/A-18 fighter/attack jets are certified to tote LRASMs.)

The numbers are humbling. The services will field 450 LRASMs or so in 2026. That’s a shallow magazine for fighting a peer competitor. But it appears the air and sea services can multiply their inventories of air-launched shipkillers through software necromancy. The coauthors note that the U.S. Navy leadership requested funding for JASSM-ERs in its budget request for fiscal year 2022, justifying the request in part to augment the sea service’s capability for offensive anti-surface-warfare missions. For going against surfare warships, that is.

Evidently a software upgrade can give the JASSM-ER an anti-ship capability that duplicates—to some extent, anyway—the destructive potential of the purpose-built LRASM.

If so the JASSM-ER would become a literal force multiplier for the U.S. and allied anti-ship arsenals, in effect adding thousands of anti-ship munitions to the stockpile. The deeper the missile magazine, the more engagements a fighting force can undertake, and the longer it can keep up operations. And the more engagements it undertakes, the better its chances of pummeling a hostile force—such as, say, a Chinese invasion fleet making its way to Taiwan—into scrap.

Because the CSIS wargame was unclassified, the coauthors profess agnosticism on the degree to which the JASSM-ER is fit for seaborne missions, and how many missiles will be repurposed by 2026 if it is. Part of the ambiguity surrounding the JASSM-ER-to-LRASM transformation is deliberate. Military magnates tend to be closemouthed about details of weapons and sensors. They disclose enough to discomfit and deter potential foes, while remaining vague about technical characteristics to deny competitors an accurate understanding of U.S. armaments should war come.

In an effort to peer through the fog, the coauthors posit that the JASSM-ER will have at least modest anti-ship capability by 2026 and that some will have been converted for sea service. But they also ran some variants of the game without this new weapon, yielding sobering results. In those scenarios the allies soon exhausted their supply of standoff LRASMs, then had to resort to shorter-range weapons. That meant firing platforms had to close within reach of PLA Navy ships’ anti-air missiles. Losses of allied combat aircraft mounted as Chinese brought their defenses to bear.

Lastly, it’s worth commenting on the report’s odd-seeming title: The First Battle. The wargame, the coauthors contend, may have merely explored the first phase in an on-again-off-again struggle for Taiwan. Even learned commentators sometimes oversimplify Clausewitz’s observations on how wars end, contending that he says “the outcome is never final.” No. What the Prussian master does say is that “even the ultimate outcome of a war is not always to be regarded as final” (my emphasis). That’s because “the defeated state often considers the outcome merely as a transitory evil, for which a remedy may still be found in political conditions at some later date.”

The vanquished can try to overturn the verdict of arms. But a challenge isn’t a sure thing.

So a lasting victory in the Taiwan Strait is possible, and worth striving for should China mount an amphibian assault across the strait. But strategic and geographic facts endure. War would set all combatants back, including China. Neither Taiwan nor China is going anywhere. Beijing could try for a rematch at a more auspicious time, and it lays colossal weight on the island. It’s willing to pay a great price for its goals. Whether the United States and other friends of Taiwan would be game for periodic rematches is less certain. China might lose this round, as the CSIS game suggests it would. That, however, may not be the end of the story. Plan accordingly.