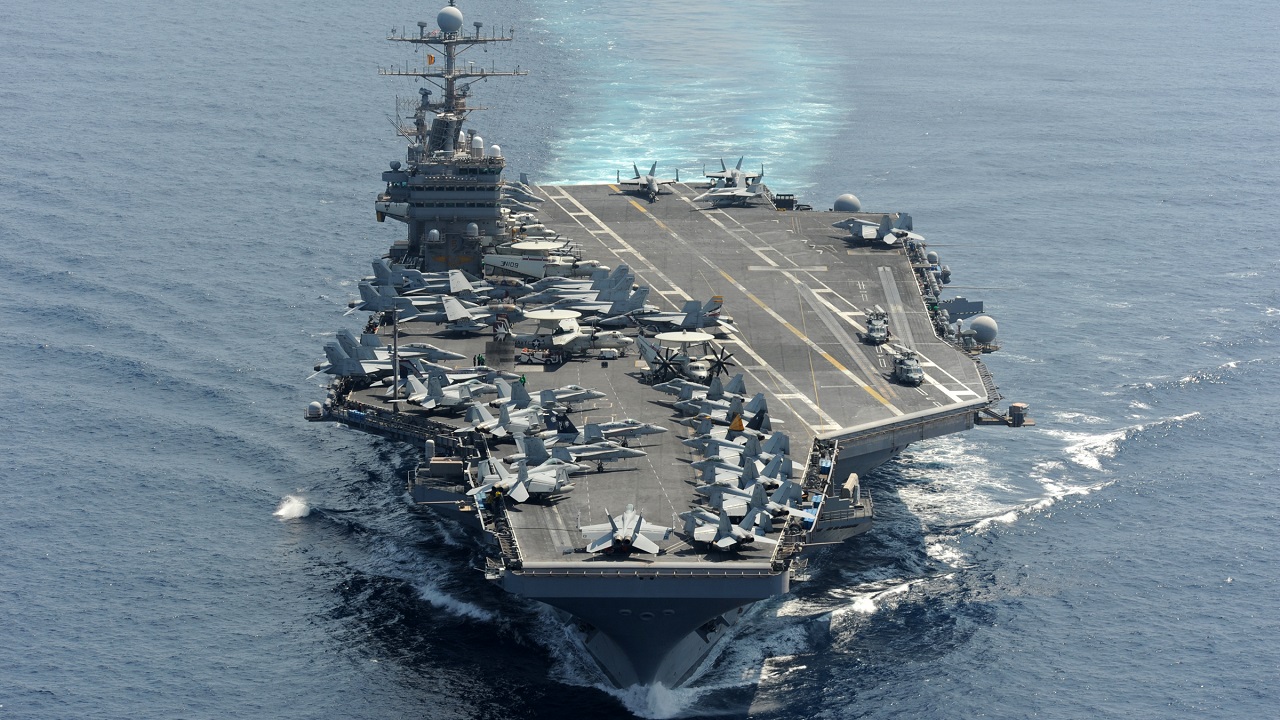 In the cat and mouse game consisting of missile technology development by China that can be counteracted by the United States, Beijing may be getting a new “masking” system for its missiles. The DF-17 model mobile launcher and other carrier-killing missiles could be getting an upgrade that would make them “invisible” to satellites, radars, drones and other sensors that use infrared targeting.

This would make the DF-17 launchers that can shoot hypersonic missiles at American aircraft carriers and ships much more difficult to eliminate before they fire. What’s the answer? The U.S. Navy is testing a laser defense system to destroy incoming hypersonic bogeys before they hit American ships.

How Are They Making Missile Systems Invisible?

China’s new masking system reportedly builds on an unknown application of artificial intelligence, according to state-run broadcaster China Central Television (CCTV). This may be a boast from the government mouthpiece, but it does show the Chinese are doubling-down on their anti-ship missiles and have confidence they can tip the balance in Beijing’s favor should they ever be deployed against U.S. aircraft carriers.

The DF-17 is a threat because of its hypersonic weapon option. The launcher can also fire conventional medium-range ballistic missiles and the DF-ZF plus-MACH 5 hypersonic glide vehicle. This weapon is also nuclear-capable. Like many Chinese missile systems, the DF-17 is road mobile and transported by truck which makes it more difficult to track and destroy as it can fire and move to a new location. The DF-17 has been in service since 2019 and has a maximum range of 1,553 miles.

CCTV and Global Times have also reported that the DF-17 was successfully tested in August. This was in conjunction with the People’s Liberation Army’s 95th anniversary and U.S. Speaker of the House Nancy Pelosi’s trip to the Indo-Pacific region. Jane’s Defense said this was the first known video of a DF-17 in action.

How Will the U.S. Navy Defend Against MACH 5 to MACH 10 Missiles?

The DF-17’s hypersonic weapon due to its high speed and maneuverability without predictable trajectories will be a challenge for U.S. Navy air defenses to counter. The Navy features the Aegis Combat System which has been a defensive shield mainstay for years. Carriers also have missile defense systems. But the question is, would a hypersonic glide vehicle overwhelm an American carrier strike group?

Shoot Them Down with Lasers

The Navy is rushing to deploy a defense mechanism to thwart hypersonic weapons. This system would rely on laser or high-power microwaves to fry an incoming hypersonic. Admiral Michael Gilday, the Chief of Naval Operations said defending against Chinese hypersonics is a “top priority” while delivering a think tank presentation in late August of last year.

The Navy is currently testing Lockheed Martin’s HELIOS laser on the USS Preble. The Preble is an Arleigh-Burke class guided-missile destroyer that would escort a carrier in a battle group. HELIOS stands for High Energy Laser with Integrated Optical-dazzler and Surveillance.

Missile Defense at the Speed of Light

The Navy likes laser systems since they are low-cost weapons to fire compared to more expensive intercepting missiles. Lockheed Martin has been working on HELIOS since January 2018. HELIOS is a 60+ kW-class high-energy laser as part of a layered defense architecture integrated with AEGIS and other air defenders.

This deep magazine could destroy an incoming bogey at the speed of light and should be effective against carrier-killing missiles, including the hypersonic glide vehicle from China.

This is not the navy’s first foray into directed energy defender systems. It started testing lasers on the USS Ponce in 2014 and the USS Portland in 2021. These were more geared to taking out slower-flying airplanes, drones, and small watercraft.

One question mark with HELIOS is how to test it against hypersonics since decoy targets do not travel over MACH 5. But Lockheed and the Navy are aware of China’s carrier killing missile development and have made defending against them a paramount concern. These testing events show that both sides are angling for an edge in naval combat with their anti-ship missiles and lasers. The Navy cannot get their HELIOS system to other carrier escort ships fast enough. 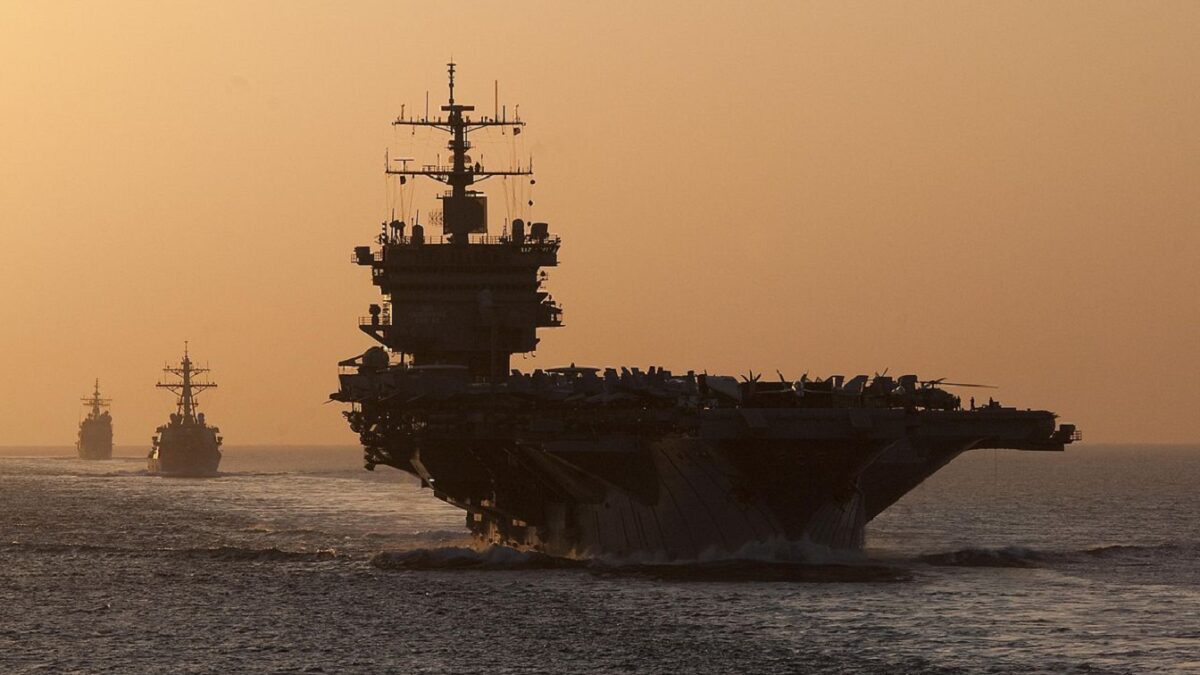 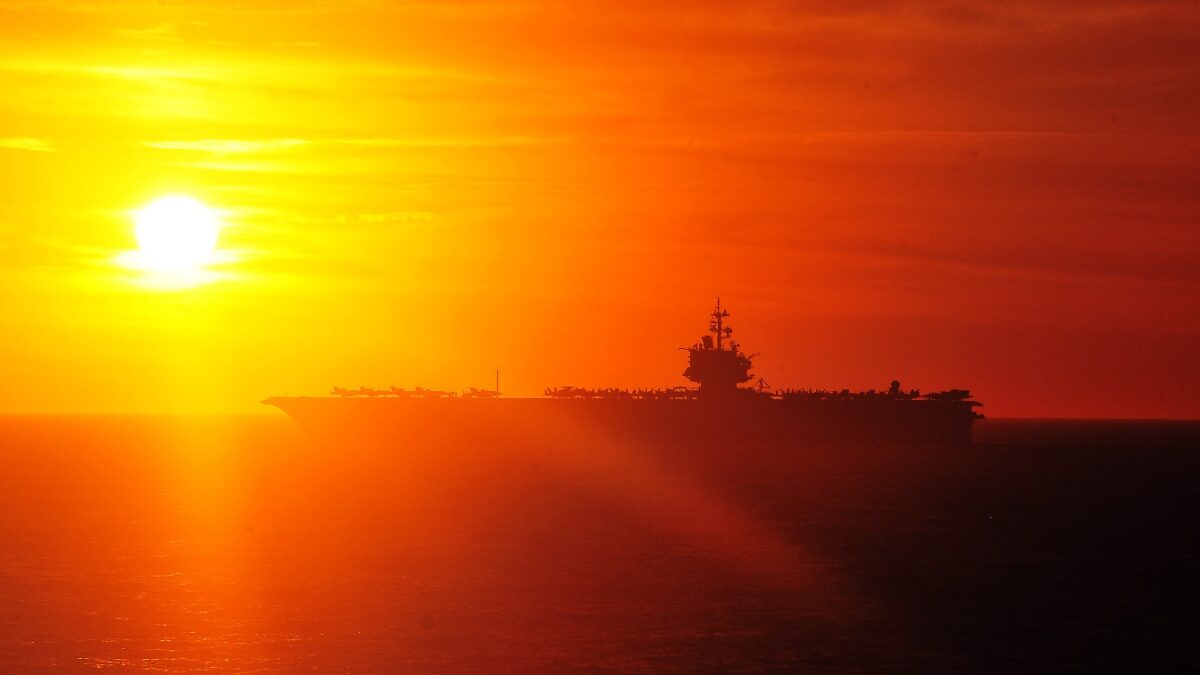 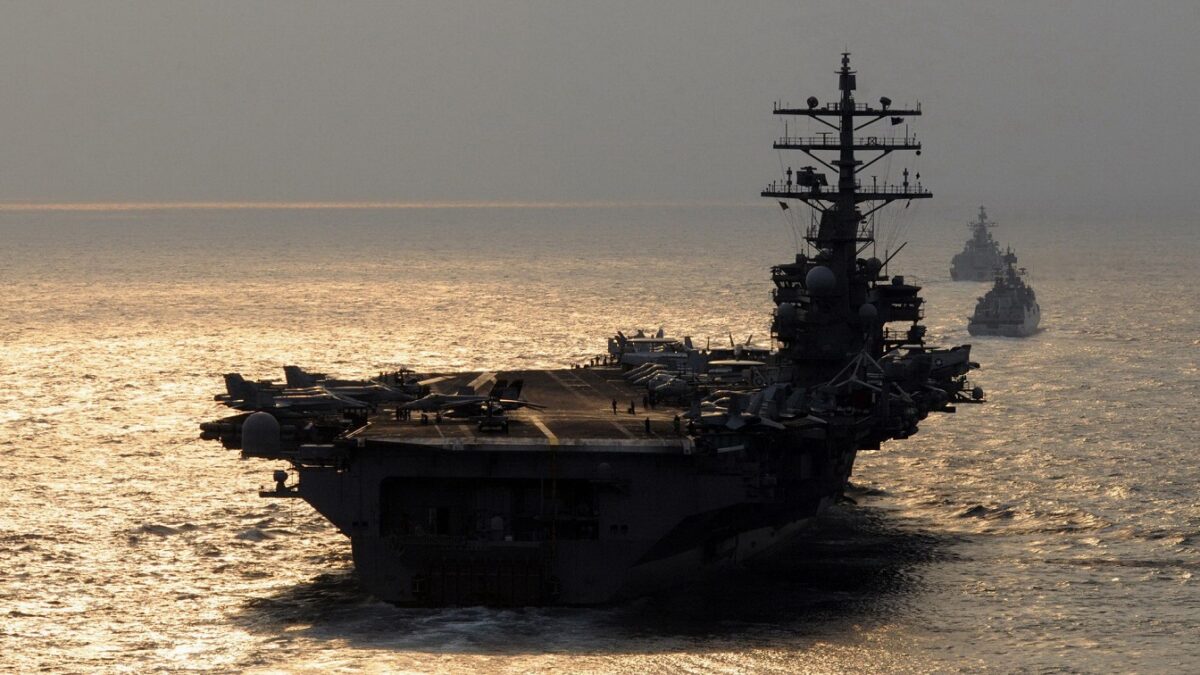