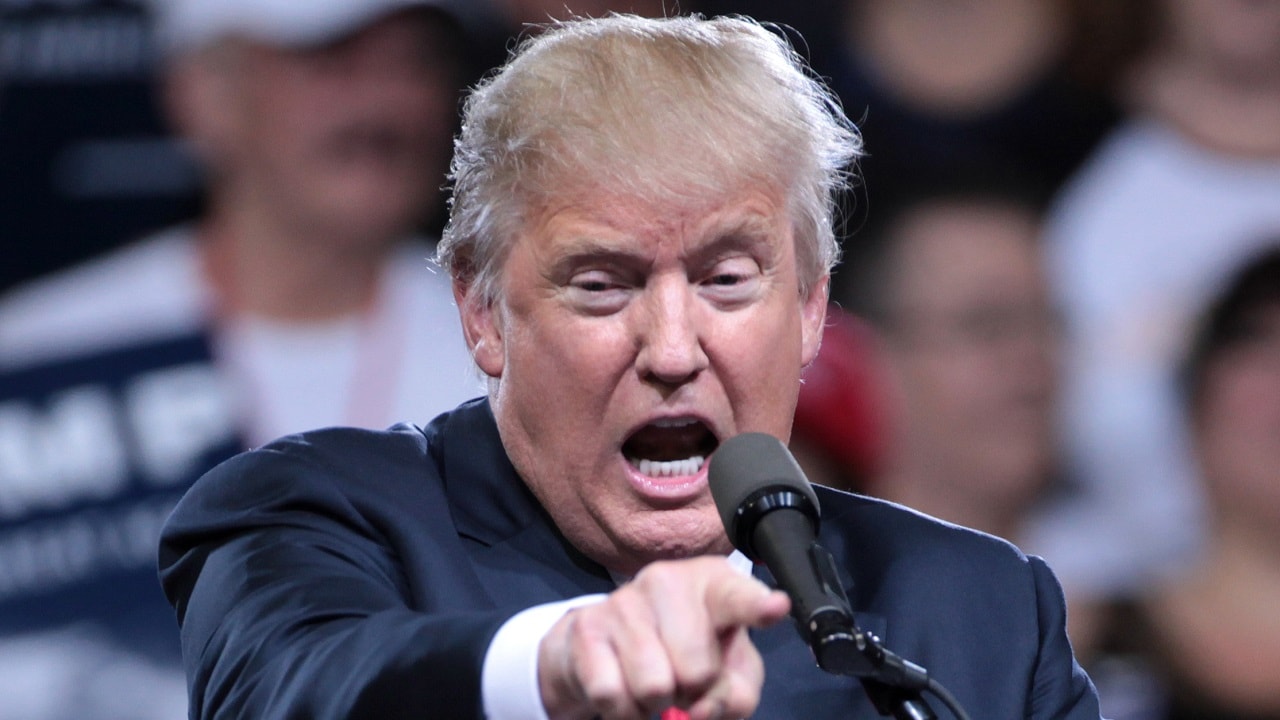 Donald Trump speaking with supporters at a campaign rally at Veterans Memorial Coliseum at the Arizona State Fairgrounds in Phoenix, Arizona.

Donald Trump Calls the FBI the ‘Gestapo’ – Former President Donald Trump is no fan of the FBI and often feels that the investigatory agency is persecuting him.

Always fond of throwing out nicknames and over-the-top insults, Trump has done it again.

He recently called the FBI the “Gestapo” after the secret police of Nazi Germany.

The FBI raided his house and captured a trove of classified documents last August, so Trump is steaming mad.

He has also called the top cops the “Fascist Bureau of Investigation” and implored his followers to distrust the FBI.

What Originally Set Donald Trump Off Against the FBI?

This stemmed from the document seizure and the 22-month Russia collusion investigation conducted by Robert Mueller, who directed the FBI for 12 years.

Trump was found to not have any coordination or collusion with Russia, but the episode stung him deeply and turned him against the bureau.

FBI officials Peter Strzock and Lisa Page were also found to have negative views about the former president in leaked text messages.

Trump claimed that this was evidence of the FBI’s bias against him, and Donald Trump has shared his desire to sue the pair.

Trump Believes the FBI is Planting Evidence Against Him

Donald Trump is explaining away the document scandal by sharing more details about his side of the story on his social media app Truth Social.

Trump now says the pilfered documents were really just folders marked Top Secret with no papers inside them. He also highlighted an article that called the FBI “Trump hating Marxist thugs” who will improperly insert classified documents into the folders to make them look like Trump is even more guilty.

Donald Trump implored his followers to believe that he took only “cool” keepsake folders. It’s not clear what he means by that “cool” claim.

Since the raid, Trump has called the FBI “corrupt” and viewed the search and seizure as an attempt to plant the evidence against him. He said the FBI and Department of Justice has committed “atrocities” against him and that they are “destroying the country.”

Stoking the Embers of Hatred Against the FBI

Last summer, Trump referred to the FBI as “scammers” and “mobsters.” Trump obviously has an incredible level of animus toward the law enforcement agency.

Trump believes that the FBI is politicized and corrupt due to their actions against him – that is clear.

But the real danger is that his loyal followers follow what Trump says. They have conducted dangerous missions on behalf of Trump.

One deranged follower named Ricky Schiffer was killed in the act of attacking the Cincinnati, Ohio FBI office in August after Trump’s Mar-a-Lago was searched.

Schiffer used a nail gun against the bullet proof windows of the building and then led law enforcement on a chase in which he fired back against the pursuers.

After the shootout ended, Schiffer lay dead. Before the incident, he had implored others on Truth Social to be “ready for combat.”

This was not the only incitement of violence against the FBI.

Adam Bies was arrested in Pennsylvania for some serious rhetoric against the agency last August.

He said everyone at the FBI “deserves to die.” And that it is “open season” on all personnel.

Some Trump supporters have also said that the federal judge who approved the search warrant should be violently held accountable, with one social media user posting that “I see a rope around his neck.”

Will This Lead to Domestic Terrorism?

Trump appears to have no idea what his rhetoric means and how it fuels violent anti-government sentiment.

These words can radicalize his followers and lead to domestic terrorism. Just think how they would react if Trump is finally indicted for the classified documents or other legal accusations.

This state of affairs is certainly not good for democracy.

Trump has declared war on the FBI, and we know that these actions can have dire consequences.

Let’s just hope that his followers don’t listen to such talk before they can commit additional violence against federal law enforcement to avoid more people getting killed.