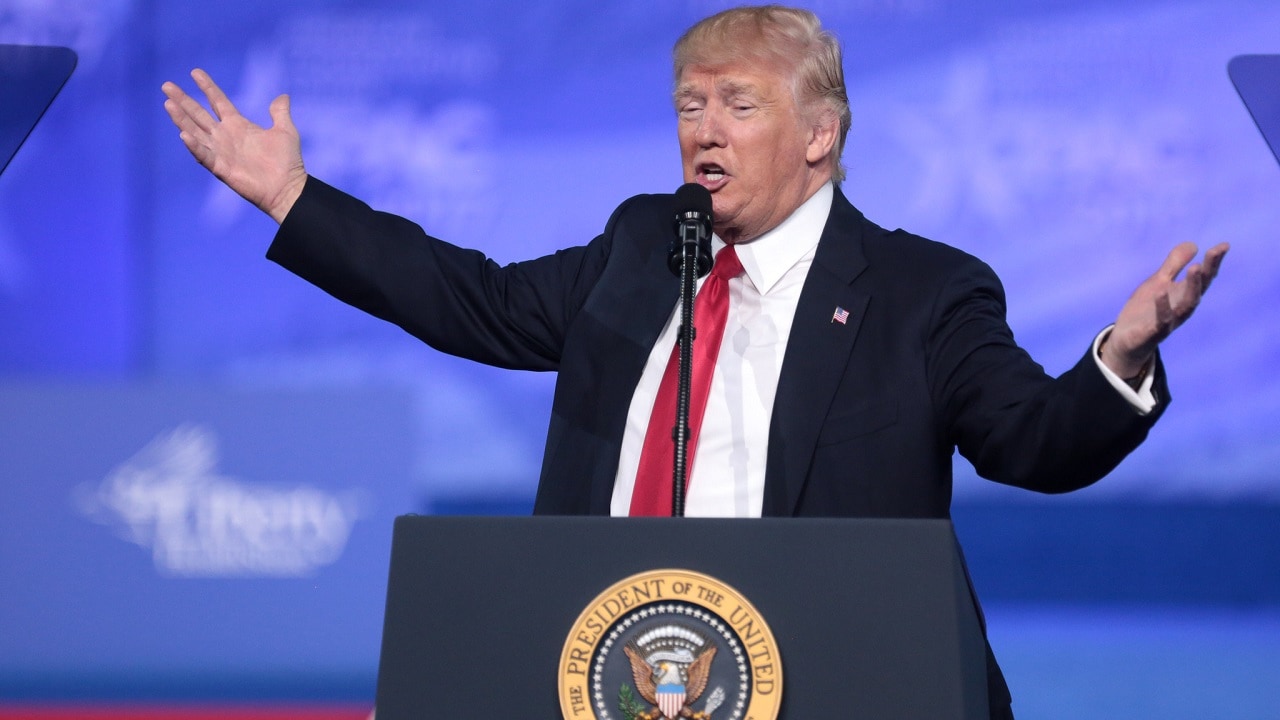 Donald Trump Massively Increased the National Debt: The Republican Party has long been associated with fiscal restraint. The enormous budget deficits and federal debt in the United States were the result of Democrat tax and spend policies, according to the GOP. Republicans used to call for the “Balanced Budget” amendment in which it would be Constitutionally required that the government could not spend more than it takes in. That’s why it is so curious and ironic that the man considered the leader of the Republicans, Donald Trump, is associated with running up a huge amount of government debt while president.

Fact checker Snopes examined the following claim on January 19: “Roughly 25 percent of the nation’s debt was incurred during the Trump Administration.”

Snopes gave the claim the Green-colored check mark as “True.”

Who Is Out-spending Who?

This claim was the result of a Twitter disagreement. First, it was new Speaker of the House Kevin McCarthy tweeting that House Republicans were going to end “wasteful government spending.”

Donald Trump Is the One Who Ran Up the Debt

Then there was an interesting reply from a former Republican Congressman from Florida and MSNBC talking head named David Jolly. Jolly said that “roughly 25 percent of our total national debt incurred over the last 230 years actually occurred during the 4 years of the Trump administration.”

The Timeframe Was Misleading

This seemed like a significant accusation, so Snopes went to work. Snopes first looked at the timeline of 230 years claimed by Jolly and rated that part “misleading” since most of the current $31 trillion in national debt had been racked up over the last 20 years.

Snopes Borrowed Findings from the Department of the Treasury

Then the fact checkers took data from the U.S. Treasury from 2009 and 2023 and teased out the debt that was inherent in the years during that era. They found that during the Donald Trump reign from 2017 to 2021, the national debt increased by $7.8 trillion. That addition makes up 24.8 percent of the total. So that finding makes what Jolly is claiming to be true, according to Snopes’ reckoning.

Obama Responsible for Large Debt Too

But what Jolly left out was that Democrat Barack Obama was responsible for 29.7 percent of the national debt during his eight years in office, which is four more years than Trump.

Snopes believes there were two main drivers of the Trump debt and those are the tax cut policies and the bipartisan Covid relief laws. Describing these two actions could make up another article, but rest assured they significantly added to the country’s debt.

This $7.8 trillion in debt under Trump is an embarrassment for the Republicans. I can’t recall Donald Trump ever railing against high government spending. He never talked about entitlement reform, that Social Security would run out of money, or about the waste, fraud, and abuse inherent in Medicare and Medicaid.

Where were other Republican leaders on government spending? The only two GOP Congressional members I can think of who are always trying to reign in expenditures are libertarian-leaning Senator Rand Paul and Representative Thomas Massie – both from Kentucky. Massie is known as “Dr. No” for voting against about everything having to do with spending.

Paul has his eighth annual “Festivus Report” that showed $482,276,543,907 in government waste in 2022. Paul gleefully points out ridiculous federal spending such as grants to study “beagle puppies on cocaine” and to examine “romance between parrots.”

Despite these two libertarians’ efforts, Republicans, in general, have a long way to go to reclaim the mantra of reduced government spending. GOP lawmakers are guilty of running up the federal debt and Trump showed no leadership to get spending under control.

Thus, it will be difficult for me to believe that Speaker McCarthy is serious about cutting spending in Washington.