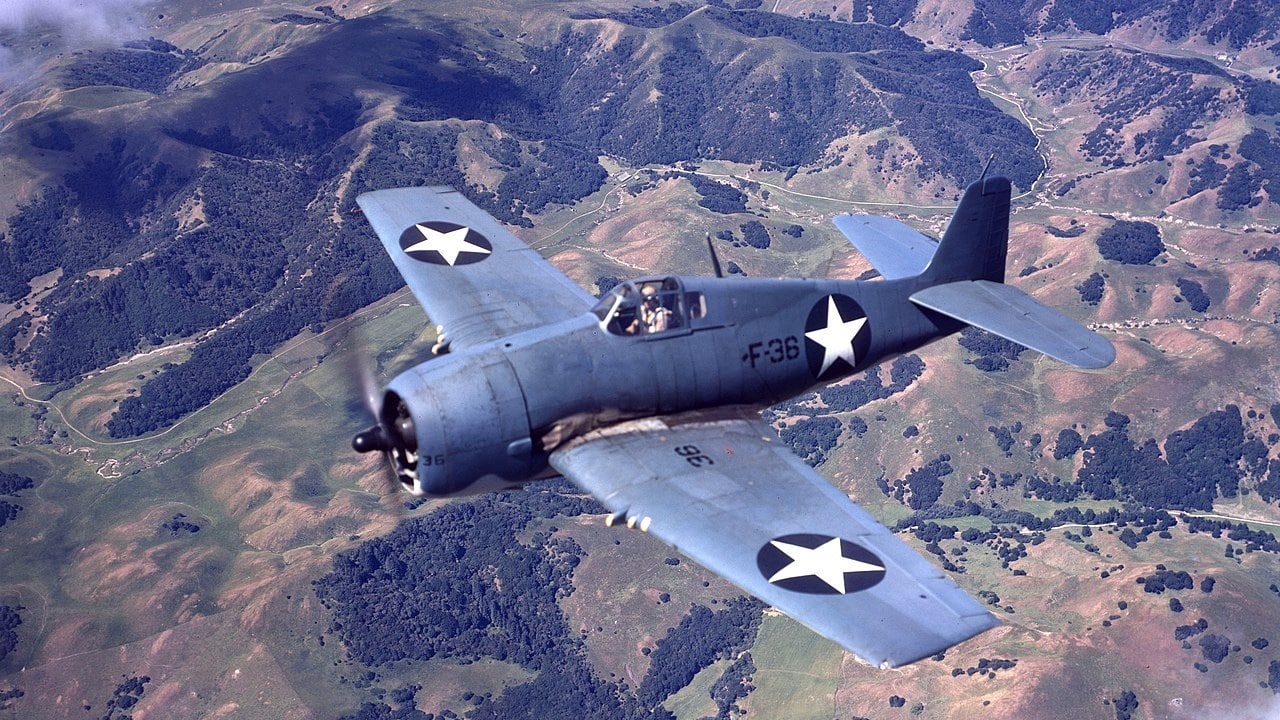 The word “hellcat” brings to mind a beast of a particularly ferocious temperament. In an aviation context, this is a good thing, especially when the fury is unleashed in support of the Allied cause in the Pacific Theatre of WWII. It was the F6F Hellcat fighter plane that finally gave U.S. Navy aviators the upper hand against Imperial Japan’s Mitsubishi A6M Zero fighter, which had been the terror of the skies in the first years of the Pacific conflict.

Let’s take a closer look at our heroic F6F Hellcat.

The Grumman F6F Hellcat made her maiden flight on June 26, 1942, and was officially introduced into service with the U.S. Navy and Marine Corps the following year. The F6F was the direct descendant of Grumman’s F4F Wildcat, which, though technically inferior to the Zero, doggedly held the line in important naval engagements such as the Battle of the Coral Sea and the Battle of Midway.

The Wildcat produced its fair share of aces, including John Thach of “Thach Weave” fame and Joe Foss. Later down the road, Grumman – now known as Northrop Grumman – would continue the proud naming tradition of feline fighter planes in the guise of the F8F Bearcat and F-14 Tomcat.

The Hellcat’s superiority over the Zero expressed itself in three crucial categories: a maximum airspeed of 376 miles per hour at 23,400 feet vs. 350 mph at 20,000 feet; a service ceiling of 37,300 feet vs. 33,000 feet; and superior durability. The American warbird had armor and self-sealing fuel tanks that could absorb heavy punishment. The Zero lacked such protection and tended to light up like a tinderbox when hit with a solid burst of machine gun fire.

The warbird was powered by 2,000-horsepower Pratt & Whitney R-2800-10W engines. For the grimly necessary task of killing the Zero and other Imperial Japanese Navy (IJN) aircraft, the F6F was armed with six .50 caliber machine guns. (Her Wildcat predecessor only carried four such guns).

Besting the Zero and Other IJN Warplanes

So just how well did the Hellcat fare against her Japanese opponents? In a word, spectacular. According to the National Naval Aviation Museum’s info page, “the F6F accounted for 5,156 enemy aircraft destroyed, 75 percent of the Navy’s air-to-air victories.” Especially impressive were the Hellcat’s kill tallies obtained during the Battle of the Philippine Sea – AKA “The Great Marianas Turkey Shoot” – and the Battle of Leyte Gulf.

In the former battle, as noted by Barrett Tillman in a December 2022 article for Naval History Magazine, “It was the Hellcat’s greatest moment—in the space of several crowded hours U.S. carrier pilots claimed 380 kills (368 by F6Fs), dwarfing any other one-day score in American history.” The most impressive individual Hellcat driver feat herein was pulled off by Lt. j.g. Alex Vraciu, who scored a then-record six kills in a single day, on June 19, 1944.

The Battle of Leyte Gulf took place four months later, and somewhat fewer Japanese planes were shot down, whether by Hellcats or other means. But it was still a devastating defeat for the IJN, and another individual Hellcat saw fit to top Vraciu’s barely single-day air-to-air kill record: Cmdr. Dave McCampbell shot down an incredible nine enemy planes on Oct. 24, 1944, while his wingman, Ensign Roy Rushing, killed an additional six planes on that same mission. McCampbell rose to the rank of Captain and ended up as the US Navy’s all-time leading ace, with 34 total victories. He earned the Medal of Honor for his achievements.

Roughly 25 of these remarkable planes survive today, of which seven are airworthy. Two such still-flying examples are in the hands of Commemorative Air Force’s Southern California Wing in Camarillo, California, and the Fagen Fighters WWII Museum in Granite Falls, Minnesota.