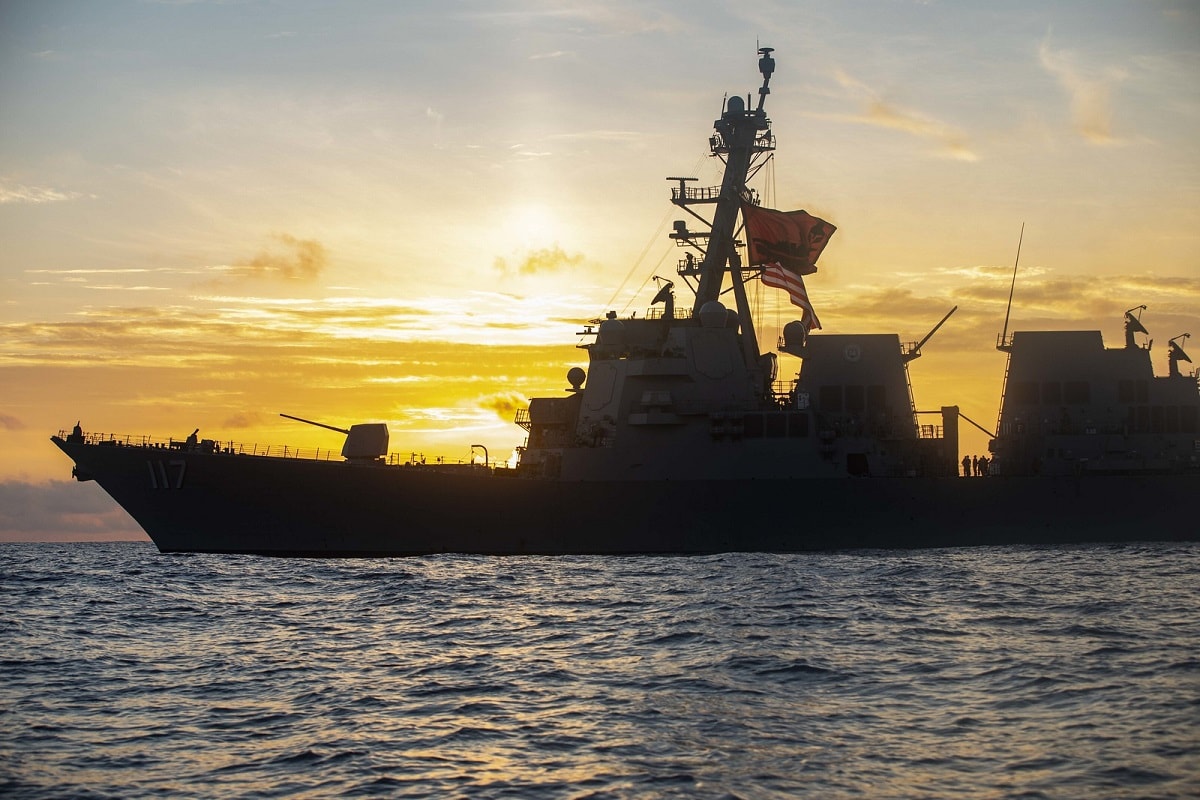 The U.S. Navy just announced what it envisions for the weapons systems that will be on the Next-Generation Guided-Missile Destroyer. The future ship-building program, known as DDG(X), will have plenty of newfangled goodies for offensive and defensive operations to bring the navy toward its future warfare objectives. The DDG(X) will carry everything from lasers to hypersonic weapons.

The DDG(X) is meant to replace the Arleigh Burke-class DDG-51 destroyer and the Ticonderoga (CG-47) class Aegis cruisers. The Navy aims to build the DDG(X) in tune with new technological developments for its weapons systems. It is hoped that DDG(X) will be proliferating in the 2030s with the first ship purchased in 2030.

Powerful Radar Will Improve during the Development of DDG(X)

DDG(X) will work with Raytheon for the deployment of the high-powered SPY-6 radar that should be even better in the coming decades. SPY-6 can protect a ship against incoming ballistic and cruise missiles. It can also track enemy ships and airplanes – all simultaneously.

The New Ship Will Depend on Lasers for Defense and Offense

Then there is work to be done with Lockheed Martin for directed energy weapons. The main system will be HELIOS or High-energy Lasers with Integrated Optical-dazzler and Surveillance. HELIOS is a 60+ kW-class high energy laser that is already going on certain naval ships. It should improve as the years go by and become fully mature when DDG(X) is ready. The great thing about lasers like HELIOS is that they have a low cost per kill compared to expensive anti-aircraft interceptors. HELIOS is another layer of defense for the navy.

DDG(X) will still have conventional air defense interceptor missiles such as the Standard Missile-6 (SM-6). SM-6 can be used against enemy missiles, airplanes, and ships. Adversarial drones are also threats that SM-6 can blast out of the sky. SM-6 will have software that can be upgraded efficiently.

Next for DDG(X) is its compatibility with hypersonic weapons. The preferred choice is the Conventional Prompt Strike (CPS) hypersonic that flies over MACH 5 and is maneuverable in flight. Conventional Prompt Strike depends on a boost-glide vehicle. CPS has a two‑stage solid rocket motor booster that carries a kinetic-energy projectile warhead. It should be ready by 2028 and be integrated into DDG(X).

Across the Board Improvements

DDG(X) ships will likely displace 13,500 tons which is 39 percent larger than the Arleigh Burke-class. It will also have the ability to carry more weight and generate the electrical power necessary to operate the lasers and other combat systems. DDG(X) will be quieter with a reduced infrared and electro-magnetic signature. DDG(X) will also have a longer cruising range than existing cruisers and destroyers.

The navy requested $195.5 million for research and development in FY23. While the precise design of the ship is being determined – hence the ‘X’ moniker – all systems are a go for the program to meet its milestones and continue without schedule or budget slips. It will need manufacturing efficiencies and cost-cutting measures because the price of each hull could be as much as $3.4 billion.

The navy needs new more advanced ships with modern sensors and weapon systems such as lasers and hypersonics. If it can build out the DDG(X) program, these new ships will have the combat capability and survivability that will be the envy of the fleet and ability to challenge adversaries in far-flung areas of operations.