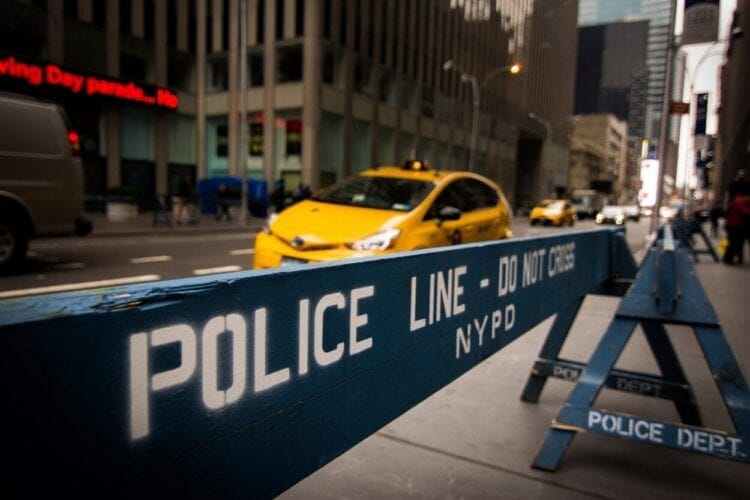 In the famous Norman Rockwell painting “Runaway,” seen on the cover of the Saturday Evening Post in 1958, a kindly police officer and a pubescent boy sit at a lunch counter, the boy clearly having packed some belongings in a kerchief and run away. It’s a wholesome encounter and one wholly at odds with our modern image of police. That’s because it’s an image that came before the modern drug war.

During our national conversation on police and criminal justice, there will be many reforms proposed that will help increase police accountability and encourage better behavior. We should absolutely reform unions, abolish qualified immunity, and address how police are investigated after excessive force is used. But it is also important that we look to one of the root causes of why the police no longer have that wholesome, Norman Rockwell image. Perhaps it has something to do with the fact that, every day, thousands of police suit up to go to war against their fellow citizens.

Drug “crimes” are qualitatively different from other types of crimes, i.e. real crimes. Real crimes have victims, and victims call the police to investigate and hopefully catch the perpetrator. The victim of a robbery calls the police, invites the police into his house, asks them to take evidence, and gives them all the information he has.

When crimes have no real victims, however, policing fundamentally changes. With drug use, the purported victim and the criminal are the same person, guilty of the grave crime of preferring a different intoxicant than the one available at the local bar. Victims no longer participate in catching the criminals, since they are the same person. Police must therefore adopt strategies to catch unwilling “victims” and to interdict the drugs at their source.

Catching unwilling victims is difficult. Anyone could be a criminal/​victim, after all, hiding illicit drugs on their body, car, or property. What were once casual interactions with citizens become riddled with suspicion. Is this driver hiding something? Perhaps if I search that random person on the street, I’ll find drugs, after all, he looks like a druggie.

Not to mention that finding drugs on someone can become a pretense for abusive behavior. Perhaps a cop wants to bust up some unruly teenagers to “teach them a lesson” about loitering and disobeying his authority? Is that marijuana he smells? Who could possibly question him on that?

If drug users are out in the street, it’s relatively easy. But what if they’re in their homes, carrying out their crimes in private? Surveillance is the first priority. Helicopters can be flown over the house or, now, more likely drones. Heat‐​sensitive cameras can test for “grow rooms,” and there are always informants who are more than willing to fess up for leniency or a small cash payment. There’s a drug dealer in there, they tell the cops, and now police can go after the source.

But the criminals/​victims still won’t invite the police into the house, so it is time to suit up and go in with force. Thankfully for the police, the American military has been transferring surplus gear to local police departments for a few decades, primarily to fight the drug war. With all this gear laying around, why not use it?

A modern police officer can don the accoutrements of a soldier fighting in Fallujah and arrive at the “scene of the crime” in an armored personnel carrier designed for military use. They can also request permission from a magistrate judge (nearly always given) to carry out a “no‐​knock” raid—such as the raid that killed a young black woman named Breonna Taylor—and go in with full force. The door is violently busted open, flash bang grenades are thrown in, and armed men come rushing in throwing the occupants to the ground threatening to shoot them, if not actually pulling the trigger.

What else could they do? After all, drugs were in there.

But there weren’t, unfortunately for the cops. The informant lied or was misinformed, or maybe the cop lied on the warrant, as has also been known to occur. While the occupants are picking up the pieces of their broken house and consoling each other over the trauma they endured, the police are miffed. They were hoping to find a big stash they could put on TV or some money they could take for themselves. Through the process of forfeiture, in which drug‐​dealing assets and proceeds can be legally taken and kept by police, drug raids often look more attractive than hitting the streets with some old‐​fashioned shoe leather policing.

And for some police officers, drug raids are just more fun. With policing having changed so fundamentally from the baton‐​twirling Officer Friendly, is it a surprise that some officers joined the force because they want to be the baton‐​bashing Officer Shut the F*** Up?

This is the policing the drug war has given us. While the drug war is not the only reason police have become more violent and less accountable, its effect on policing, while difficult to fully quantify, is immense

When you imagine a world without the drug war, the mind spins with possibilities, especially for policing. Imagine all those resources are poured into treatment and recovery. Imagine all those police officers who are reassigned to the homicide, burglary, and sex crimes divisions. The American murder clearance rate—the rate at which someone is arrested for a murder—sits around 60 percent, which is among the lowest in the developed world. Other crimes with real victims—assault, rape, burglary—have even lower clearance rates. Even if the drug war were ended, there’s clearly a lot of policing to be done.

Imagine a world where SWAT raids are used when they’re needed rather than the 62 percent of the time they’re currently used to serve drug warrants. Imagine waking up in a world where the police have dedicated almost all their resources to preventing actual crimes and catching actual criminals.

That world is possible. We can get Officer Friendly back, and I’d gladly sit next to that guy at the lunch counter.

Trevor Burrus is a research fellow in the Cato Institute’s Robert A. Levy Center for Constitutional Studies and editor‐​in‐​chief of the Cato Supreme Court Review. His research interests include constitutional law, civil and criminal law, legal and political philosophy, legal history, and the interface between science and public policy. His academic work has appeared in journals such as the Harvard Journal of Law and Public Policy, the New York University Journal of Law and Liberty, the New York University Annual Survey of American Law, the Syracuse Law Review, and many others. His popular writing has appeared in the Washington Post, the New York Times, USA Today, Forbes, the Huffington Post, the New York Daily News, and others.