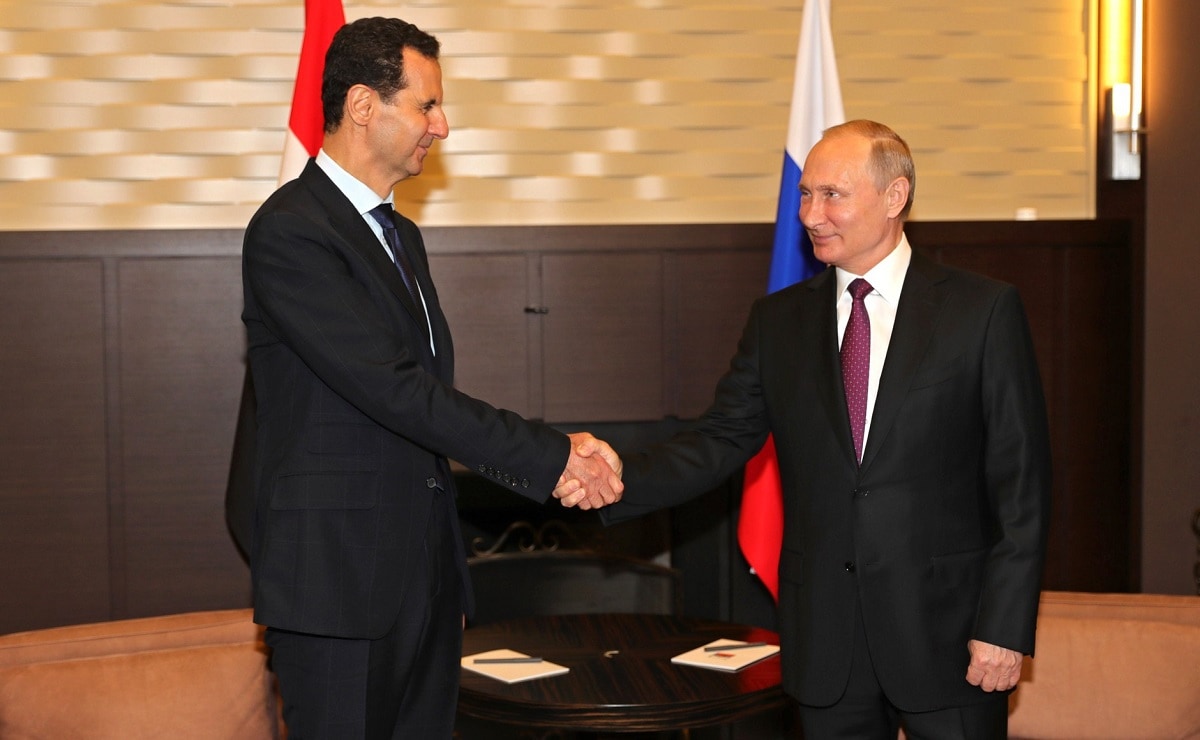 The challenge of Russia in the Middle East may appear a narrow one. And given the strong domestic push to end “forever wars” and withdraw American troops from the Middle East, it would be unrealistic to expect it as a top priority. “More than at any other time in my career – maybe in my lifetime – distinctions between domestic and foreign policy have simply fallen away,” said Tony Blinken in his first major speech as State secretary last week.

In this context, the Biden administration should look at the big picture when it comes to Russia in the Middle East—at how Moscow’s overall aims and how they fit with its activities in Europe, Middle East, as well as Russia’s relationship with China, a country which presents the “biggest geopolitical test of the 21st century” for the U.S. according to Blinken.

The Middle East has always been part of Russia’s vulnerable south underbelly, a region the Russian state sought to secure as it pushed to play a key role in European politics and gain great power recognition. The Middle East matters to the Kremlin not only for its own sake but because control there also creates more opportunities for Russia to undermine the West on other fronts. Greater influence in the Middle East will bring Kremlin closer to its top priority —weakening the U.S.-led liberal global order; for Russia to win, the US has to lose.

Syria is a key piece of this bigger puzzle primarily due to its strategic location. The pursuit of warm water ports, including on the Eastern Mediterranean has been a consistent priority for Russian rulers since at least Peter the Great. In this sense, Vladimir Putin is no different, and his intervention in Syria allowed him to succeed where his czarist and Soviet predecessors failed—establish a permanent military presence from which it can project power in multiple directions.  Syria remains the key arena of the Kremlin interests. Nothing says it more clearly perhaps than the recent unveiling of a monument to the patron saint of the Russian army, Prince Alexander Nevsky at the Russian Kheimim airbase in Syria. The order of Alexander Nevsky represents the defense of the Fatherland.

A Russia left unobstructed in the Middle East will continue its already deep convergence with Iran (and its proxies) and will ultimately have the final word on Syria’s future, which will lead to a rise of a Russia-Iran-Assad nexus. The Biden administration should look at the region through this broader vision, which would only help with the current narrow goal of preventing an ISIS resurgence from threatening American interests—as neither Assad nor Putin had shown genuine desire or ability for fighting ISIS with any consistency.  This broader vision will also better help understand why Moscow will add a layer of complications, rather than cooperation on a key Biden priority in the region—a return to the Iran deal.

Russia’s convergence with Iran could, in time, gain Moscow more access in warm water ports of the Persian Gulf, one of the world’s most strategic waterways—and another, more elusive dream of Peter the Great, whose vision of Russian expansion spanned as far the Indian ocean. Russian access in the Persian Gulf would greatly diminish American influence. Certainly, Iranians pride themselves on their independence and the Iranian constitution prohibits granting permanent basing rights to other countries. But the Iranian government is more pro-Kremlin than its people.  In August 2016, Russian bombers used the Shahid Nojeh air base near the Iranian city of Hamadan, reportedly to bomb Islamic State targets in Syria—an act that raised domestic outrage in Iran, but one that ultimately angered Tehran not because Moscow had used the base but because it publicized this act. In late 2019, during the first joint Russia-Iran-Chinese naval drills, reportedly, a Russian warship arriving at Chabahar port in southern Iran. And more recent reports suggest Tehran offered Moscow the use of three bases –Chabahar, Bender-Abbas, and Bender-Busher. While much remains unclear about this reported offer, certainly it raises concerns.

How Biden Can Push Back

Biden need not send a large military contingent into Syria but it could do more to support the Syrian Democratic Forces (SDF) in Eastern Syria with a light military footprint and more diplomatic efforts. This low-cost investment would help block Russian efforts in Syria. In addition, the Biden team could also continue to pressure Arab allies from recognizing Assad, as did his predecessor.

Sanctions are important and have caused pain, but on their own they had not compelled Putin (nor Assad) to fundamentally change their behavior.  A credible threat of use of force against Iranian and Russian proxies should remain on the table. Neither Trump’s limited strikes against Assad after his regime used chemical weapons nor US clash with Russian PMCs have led to full-blown war with Russia.

Beyond Syria, the U.S. should remain engaged in the region as part of the broader strategic great power competition rather than a distraction from it. The U.S. has a narrative problem in the Middle East, while Russia, which presents a clear and unapologetic vision to the region as the West waivers. Russia also exerts soft power in the Middle East perhaps more effectively than in the post-Soviet space. The U.S. could do more to counter Moscow by simply being more present. These efforts need to be front and center nor carry a heavy price tag, but they will pay off in the long run.

A Russia ascended in the Middle East will not be interested in helping confront China-to the contrary, it may only help it. The Russia-China convergence began approximately thirty years ago. It is far more than a short-term tactical shift. As Russian analyst Vladimir Frolov has written, “Russia’s ruling elite see rapprochement with Europe as a greater threat to their ability to retain power than an unspoken and unequal alliance with China.” The two have tended to work more in conjunction in the Middle East—and together with Iran. Moscow is far more concerned about China’s encroachment on its eastern borders than its expansion into the Pacific Ocean that worries the US. If Russia’s south and east borders and generally stable, it only creates more room to move into Europe, where Russia remains a revanchist power.

While the U.S. has prioritized counter-terrorism in the last twenty years and is only now shifting to great power competition, Moscow never lost sight of geopolitics, which it sees as perpetual.  Russia, Iran, and China will all shape the Middle East according to their values and interests, which stand in contrast to those of the West and will hurt the U.S. in other regions. Addressing the challenge of Russia in the Middle East need not be front and center of U.S. foreign policy, but as part of this broader geostrategic vision.

Anna Borshchevskaya is a senior fellow at the Washington Institute for Near East Policy focusing on Russia’s policy towards the Middle East, and author of the upcoming book, Putin’s War in Syria: Russian Foreign Policy and the Price of America’s Absence