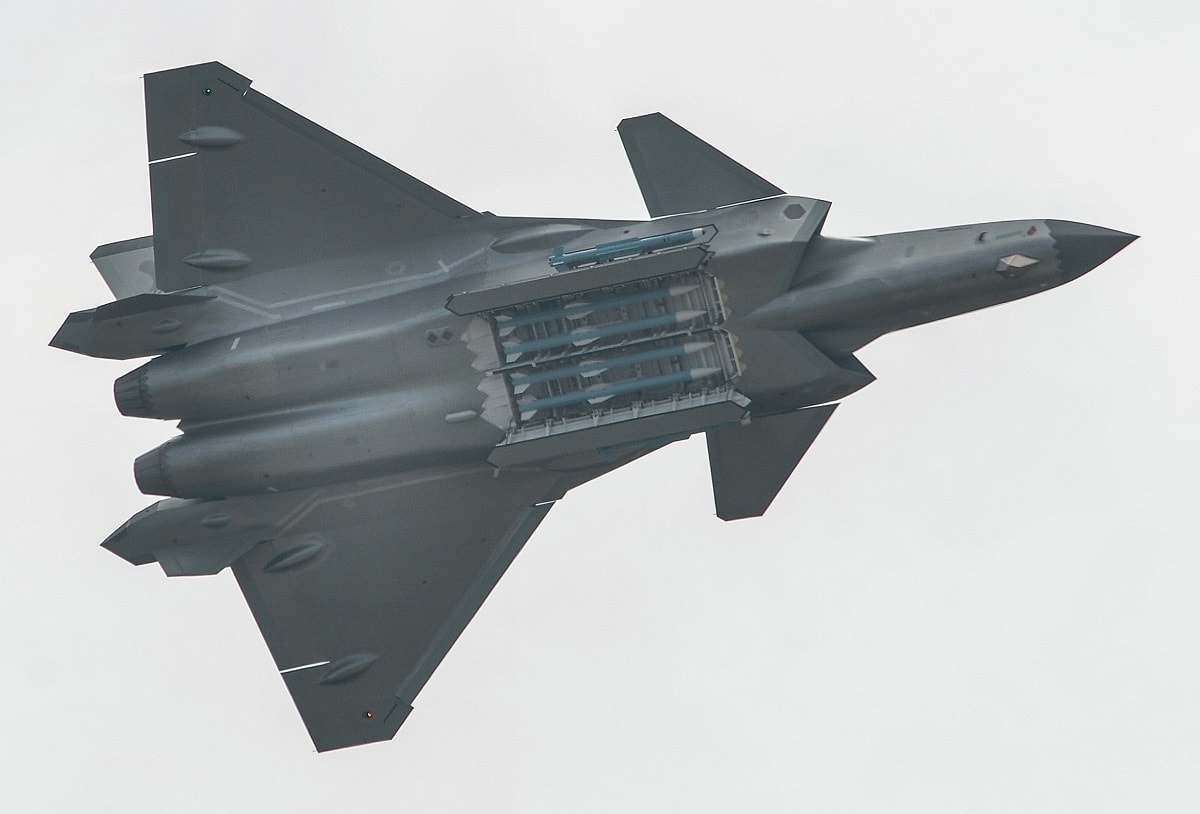 Few pilots have had an opportunity to fly China’s new J-20 “Mighty Dragon” aircraft, but one of the first test pilots to operate the fifth-generation aircraft said it could be upgraded with a 2D thrust vectoring nozzle for its engine. It is a significant feature that isn’t as widely touted as the armament and engines, but the addition of such would provide enhanced maneuverability and even greater stealth capability.

According to a report from Global Times, the 2D thrust vectoring nozzle could also enable the J-20 to surpass its U.S. counterpart, the Lockheed Martin F-22 Raptor.

Li Gang, the Chinese test pilot who first took the controls of the J-20 Mighty Dragon, was asked this month during an interview with the Hong Kong-based Phoenix TV, about his expectations on the future development of the fighter aircraft’s thrust vector control capability. Li responded that the aircraft would soon be equipped with engines with 2D thrust vectoring nozzles.

Currently, all of the J-20 Mighty Dragons that are in service with the People’s Liberation Army Air Force (PLAAF) utilize circular nozzles that lack thrust vector control capability. Global Times cited commentary from Fu Qianshao, a Chinese military aviation expert, who said the addition of the thrust vector control could provide great maneuverability while 2D nozzles could also enhance the stealth capabilities of the fighter.

All aircraft have three “degrees of freedom” in aerodynamic maneuverability and this includes pitch, yaw, and roll. The number of “dimensions” of thrust vectoring in turn relates to how many degrees of freedom can be manipulated using only the vectored engine thrust.

As a result, 2D vectoring control over two degrees of freedom – typically pitch plus either roll or yaw, whereas 3D controls all three. The difference between 2D and 3D is then the number of degrees of freedom that can be controlled using thrust vectoring.

While 3D nozzles are often believed to be capable of providing more thrust angles than 2D nozzles, as F-22’s 2D nozzles can only move vertically – Fu said this is a common misunderstanding of how these work in practice. The 2D nozzles can also move horizontally to provide horizontal thrust, but such designs can add to the development costs.

In the Phoenix TV report, test pilot Li also said that he expects the J-20 Mighty Dragon’s thrust vectoring nozzles will be able to move vertically like those on the Lockheed Martin F-22 Raptor, but also hoped that future nozzles could move horizontally, which could give the PLAAF’s fighters an edge.

At the Airshow China 2018, Yang Wei, chief designer of the J-20 hinted that the aircraft may already have thrust vectoring-capable engines. “You asked about when, but how do you know it hasn’t?”