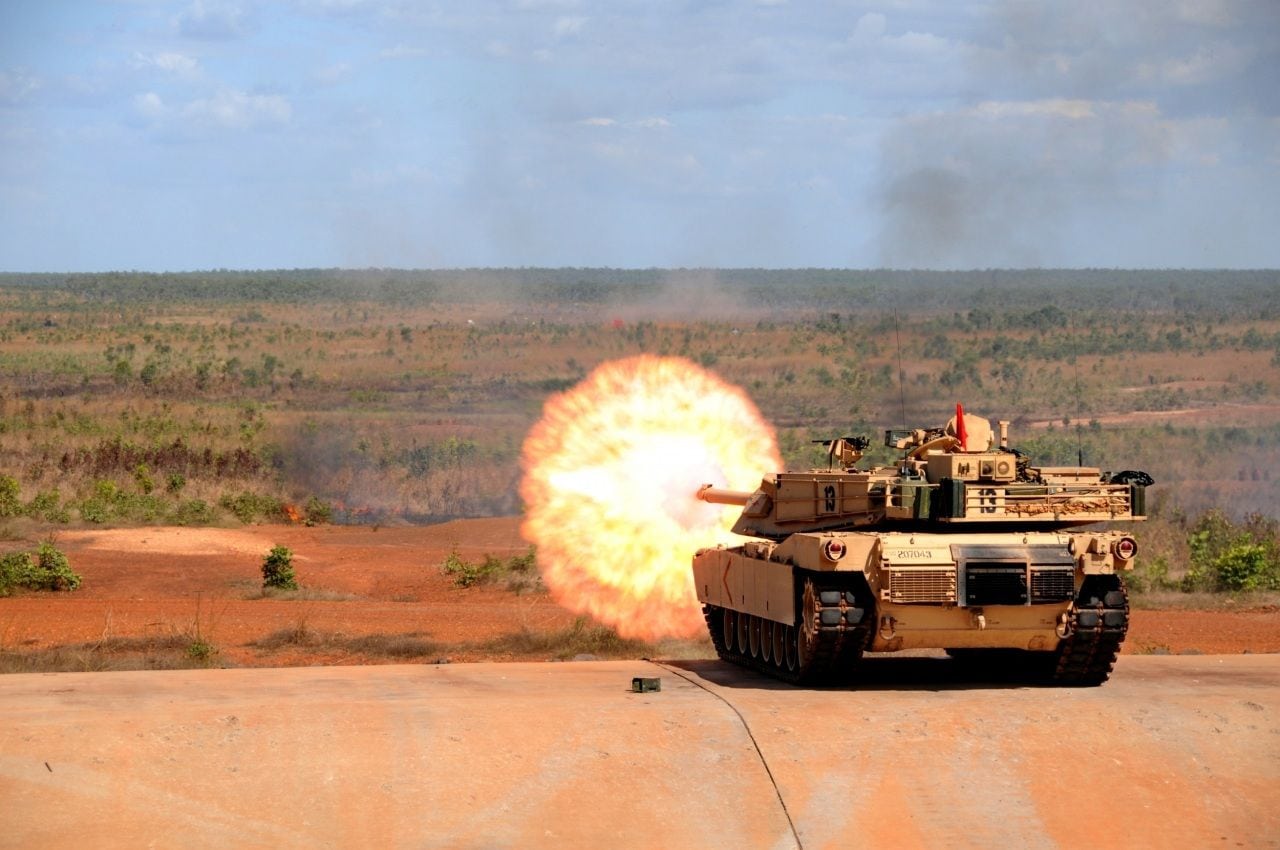 Know this: With its current updates, even at 40 years old, the M1 Abrams is a battle-tested tank that is among the very best in the world.

The M1 Abrams was developed in the 1970s to close what at the time looked like a ‘tank’ gap with the Soviet Union. After the MBT-70 American-West German joint project to develop a new tank ended in failure, the U.S. Congress then directed the U.S. Army to go it alone.

Despite strict cost and time limits, the Army found just the tank it needed.

Named for the late General Creighton W. Abrams, former Army Chief of Staff and commander of the 37th Armored Battalion, the M1 Abrams main battle tank (MBT) became the backbone of the armored forces of the United States military when it was introduced in 1980.

Even forty years after it was introduced, the M1 Abrams is considered among the best tanks in the world, but the U.S. military had actually lagged behind with its tank efforts throughout much of the Cold War.

The M60 MBT was introduced as an interim main battle tank, essentially a stop-gap measure until “something better” could be developed. Even as the M60 was able to hold its own against Soviet-supplied T54/55s and T62s during the 1967 and 1973 Arab-Israeli wars, where it was employed by the Israel Defense Forces, it was evident that the American-built tank would be no match for the latest Soviet tanks including the T-64.

The first course of action involved a partnership with West Germany, but the project ended after West Germany pulled out due to the rising costs as well as a difference in opinions on the key requirements. Instead, the U.S. Army begin to design new tanks – but under strict cost and time limitations.

Such parameters don’t usually result in a superior platform, yet it resulted in a third-generation (post-World War II) MBT that was a major leap forward. Designed by Chrysler Defense, now General Dynamics Land Systems, the “XM-1” was developed to provide more mobile firepower for armored formations, but also to be able to confront and destroy any opposition that came at it. The tank was also able to ensure the protection of its crew in nearly any conceivable combat situation or environment.

It proved to be more than capable to engage the enemy in any weather condition, day or night – and while there were some learning curves and bumps in the road, the M1 Abrams has more than lived up to the expectations when it was finally employed in combat.

In fact, it is widely forgotten that the tank had been in service with the U.S. military for more than a decade, but it was essentially untested in combat.

That changed when the M1 Abrams charged into action against Soviet-era tanks employed by Iraq during the Gulf War in 1991. In total, 1,848 M1A1s were deployed to Saudi Arabia to take part in the liberation of Kuwait.

There were initial concerns as to how the tank would handle the dusty desert conditions, especially as the tanks were deployed for months before the invasion began and had received little maintenance. However, the Abrams proved superior to the Soviet-era T-55, T-62 and even T-72 tanks. During the war, just eighteen Abrams tanks were taken out of service due to battle damage and only nine were permanent losses a tiny fraction of what Iraqi forces lost .

More importantly, not a single Abrams crewman was lost in the conflict.

The Evolution of the M1 Abrams

As originally designed, the M1 Abrams were 32.04 feet in length and 12 feet wide and weighed 60 tons. The tank had a top speed of 45mph, speedier than previous American tanks.

When it first entered service, its main armament was a 105 mm L/52 M68A1 rifled gun. Upgraded in 1985 to the M1A1 version, which was slightly longer while the weight was increased to 67.6 tons, the tank was armed with a far more powerful 120 mm L/44 M256A1 smoothbore gun. Additional enhancements included an improved suspension, increased armor protection, and even a nuclear-chemical-biological protection system. This added weight did reduce the top speed to 41.5mph, but the tanks still proved superior to anything that rolled at it.

The Abrams tank was updated again in the 1990s as the M1A2, which included the addition of a commander’s independent thermal viewer, improved weapon station and embedded diagnostics as well as improved fire control system.

While the Abrams is showing its age, in the past forty years it has remained the best American tank and it could be a truly hard act to follow.