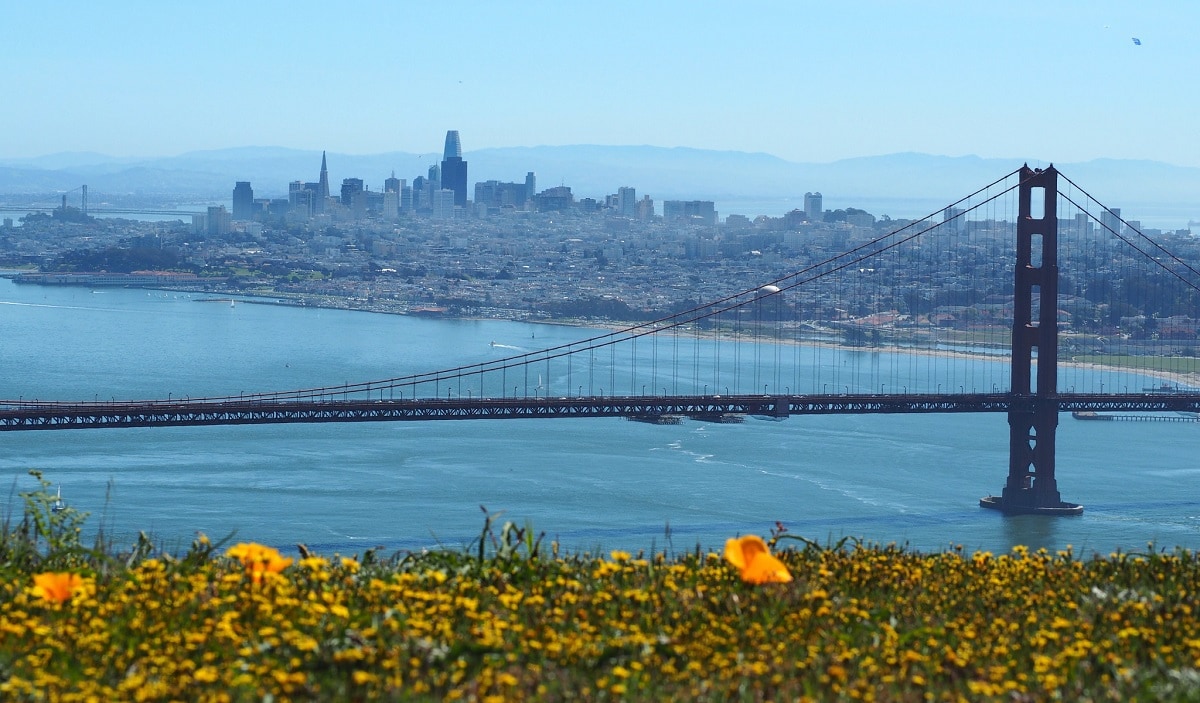 San Francisco from the Marin Headlands on March 31, 2019 during California's Superbloom

Peyman Pakdel is an engineer in Northeast Ohio who saved up for years to purchase an apartment in San Francisco where he intends to retire. He purchased the apartment in 2009 but did not immediately plan to live there, so he leased it to a tenant.

The six units in the complex intend to turn the properties into condominiums, but in 2013 the city passed an ordinance requiring landlords to offer tenants lifetime leases if they want to convert units to condominiums.

In other words, Pakdel won’t be able to occupy the property in which he has invested so much.

Ordinances like this are one of the reasons San Francisco has a fundamentally broken housing market.

Recently, for example, a laundromat owner spent five years and over a million dollars in legal fees fighting with the city to convert his property to condos. As a result of such policies, housing has become scarce and rents in the town are the highest per square foot in the country.

Thankfully, if the Takings Clause is properly interpreted by judges, many silly ordinances would run afoul of the Constitution.

Not being able to live in an apartment you own is clearly a significant infringement on property rights. Pakdel filed suit, arguing that the city’s restrictions violate the Fifth Amendment’s Takings Clause, which prohibits the government from taking private property for public use without just compensation.

The Ninth Circuit ruled, however, that because the conditions in San Francisco derive from a legislative ordinance rather than an ad hoc permitting condition, no Fifth Amendment violation occurred.

Pakdel has asked the U.S. Supreme Court to set the Ninth Circuit straight by making clear that the Takings Clause prohibits such permitting conditions whether they come from a legislature or a discretionary permitting process.

Cato has filed a brief supporting Pakdel’s petition to the Court. We argue that there is no basis in the Takings Clause for distinguishing between legislative conditions and ad hoc permitting conditions. To the landowner, the effect is the same: the government imposes onerous conditions before allowing them to use their land.

Moreover, legislatively imposed conditions are worse because they have broader effects, thus magnifying the unconstitutional harms to property owners. Finally, there is no reason to expect less abuse from the legislature than from permitting officials.

Legislatures are prone to being captured by special interests who demand all sorts of exactions from and conditions on landowners. Government officials, whether they are legislators or permitting clerks, often see taking property without compensation as a way to get something for nothing.

The Supreme Court should take Pakdel’s case to clarify that property rights are not second-class rights.

Trevor Burrus is a research fellow in the Cato Institute’s Robert A. Levy Center for Constitutional Studies and editor‐​in‐​chief of the Cato Supreme Court Review. His research interests include constitutional law, civil and criminal law, legal and political philosophy, legal history, and the interface between science and public policy. His academic work has appeared in journals such as the Harvard Journal of Law and Public Policy, the New York University Journal of Law and Liberty, the New York University Annual Survey of American Law, the Syracuse Law Review, and many others. His popular writing has appeared in the Washington Post, the New York Times, USA Today, Forbes, the Huffington Post, the New York Daily News, and others.