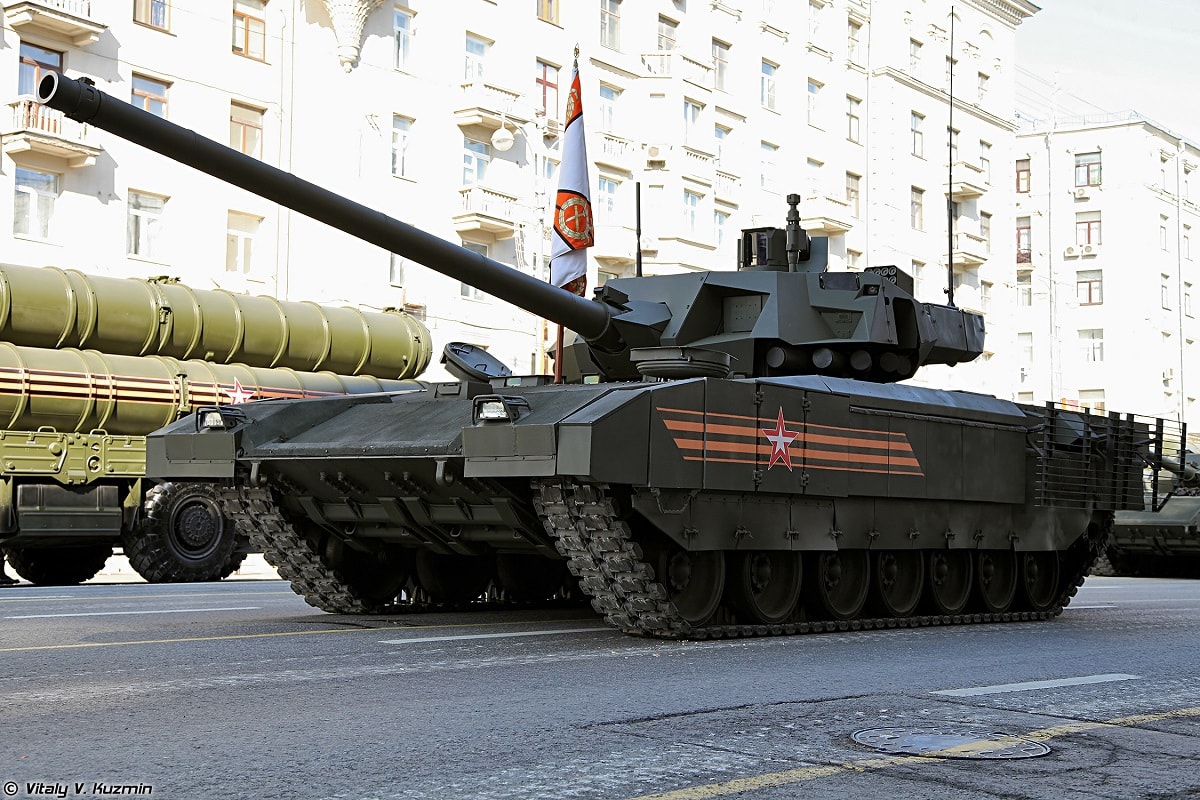 The top objective of U.S. foreign policy – and the primary purpose of our Armed Forces – is to keep America and our citizens safe. Anything that needlessly increases the risk to our safety should be avoided and all that contributes to it firmly reinforced. The absolute worst-case scenario for U.S. security would be to fight a two-front war with both China and Russia.

Since World War II such a possibility has been so remote as to warrant little serious consideration. Recent events, however, have pushed the potential into the realm of the possible. Great care must be taken to lower tensions before events spiral beyond our control, as we are faced with the nightmare scenario of squaring off against Moscow and Beijing simultaneously.

How a Two-Front War Could Begin

There is an emerging confluence of dynamics at play in the Indo-Pacific and in Eastern Europe that, if not managed well by Washington, could devolve to the point that the U.S. military is faced with a horrifying dilemma: choose to engage in a battle that could leave our Armed Forces fatally gouged or face humiliation by refusing to fight in the face of aggressive forces.

The potential flashpoint that could lead to such a situation would be the simultaneous decision by Beijing to use force to reunify Taiwan and Moscow to use force to conquer two provinces in eastern Ukraine. The chances of the coordinated events are not as outlandish as they might appear.

China has never been anything but direct and open about its willingness to use force to reunify Taiwan to the mainland. The Chinese Communist Party (CCP) has staked its reputation on the need to eventually “return” Taiwan to the communist fold. Russia has repeatedly shown that having NATO advance to its literal border is a red line, which if crossed, could trigger a military response. What is different now, however, is that both Beijing and Moscow have been taking significant, physical actions of late which would be necessary should either act on its threat to use force.

For the past couple of months, China has been dramatically increasing the number and frequency of air force fighters and bombers flying near or into Taiwanese airspace, as well as ramping up the number of warships and other vessels transiting the waters of the South China Seas. Were China to ever launch an attack of Taiwan, it would almost certainly precede the actual attack by desensitizing the Taiwan military to routine presence of warships and aircraft so that when the actual attack came, Taipei would be slow on the response.

After a meeting with NATO leaders on March 22, in Brussels, Ukrainian representative Dmytro Razumkov said Ukraine expected to be invited into the Membership Action Plan – a precursor to a formal invitation to NATO, “in the near future.”  Days later, reports started emerging of Russian troop mobilizations in and near the Ukraine border. By April 8, White House Press Secretary Jen Psaki said the number of Russian troops opposite Ukraine had reached their highest number since 2014. These concurrent Russian and Chinese military movements don’t, by themselves, indicate coordination. Combined with other actions, however, the actions elicit some concern.

Since at least the year 2000, China and Russia have been increasing their cooperation and partnership, most often in overt reaction to what each considers a rising threat of U.S. military intervention. In November 2019, the cooperation rose to a new level, and gained specificity.

Presidents Xi Jinping and Vladimir Putin met in Brazil in 2019 to maintain the “momentum of the development of China-Russia relations at a high level.”  The primary purpose of the cooperation, they said, was to “oppose unilateralism, bullying and interference in other countries’ affairs.” Exactly one year later, Asian media reported that a Chinese-Russian missile attack early warning system was nearing completion, which would “make China–Russia military integration and interdependence match the level of the advanced alliance relationships the United States has developed with countries such as France and the United Kingdom.”

Then in Beijing last month, the Foreign Ministers for China and Russia met – the day after Razumkov said he expected NATO to soon extend an invitation to join the Membership Action Plan – and said they were increasing their level of cooperation even further, in large measure because of Western interference “in a sovereign nation’s internal affairs under the excuse of ‘advancing democracy’ is unacceptable.”

China considers its issues with Taiwan to be “an internal affair,” and Russia considers Ukraine – especially the Russian-majority provinces of Luhansk and Donbas – to be almost part of Russia. Xi told his troops – just last month – to “step up preparations for war.”  Then-president of Russia Dmitry Medvedev previously bragged that their 2008 war against Georgia succeeded in stopping further NATO expansion.

Given all the increasing cooperation between Russia and China at the highest levels, the repeated assertion that each views their respective issues with Taiwan and Ukraine in existential terms, and given the simultaneous increase in both nation’s combat power near those locations, it is not unreasonable to examine the risk that would accrue to the United States should China and Russia actually launch simultaneous assaults.

Alongside the increasing cooperation between Beijing and Moscow, the United States has increased its engagement with both Taiwan and Ukraine. There have been voices in Washington that advocate giving specific security guarantees to Taiwan and the U.S. Defense Attaché in Kyiv said in response to Russia’s military build-up that the U.S. “in every possible way supports the sovereignty and territorial integrity of Ukraine.” The truth is, however, that the United States is presently capable of defending the territorial integrity of neither Taiwan nor the Ukraine.

As I detailed in a recent analysis, If the United States were caught flat-footed by a Chinese attempt to retake Taiwan by force, we would be unable to successfully intervene to stop them. If both Russia attacked eastern Ukraine and China fought for Taiwan, President Biden would be faced with a no-win dilemma: go to war with China and Russia that we could not possibly win, or refuse to fight and stand helplessly by as both eastern Ukraine and Taiwan likely fall to their oppressors.

The absolute right response to such a premeditated act of war by China and Russia would be for the U.S. to avoid an immediate response and diplomatically rally the majority of the world’s countries to oppose Beijing and Moscow while simultaneously strengthening our own defense. Though there would be many in Washington to demand an immediate response, the truth is that both China and Russia would weaken themselves dramatically in those fights and would be incapable of launching any additional attacks against the U.S. or our allies – while our military would remain at full strength.

If we succumbed to pride, on the other hand, and moved forward into engaging in conventional combat in one or both locations, we would suffer egregious harm to our Armed Forces, would likely not prevent either country from accomplishing their objectives, and our ability to defend even our direct territory would be severely weakened. That, of course, is not the worst outcome: having a mistake or miscalculation resulting in a nuclear exchange could result in entire U.S. cities being burned to the ground.

How To Avoid the Unkthinkabale

To avoid even the possibility of stumbling into such a horrific dilemma, the United States needs to urgently reform how it engages with the rest of the world. The reality is that the U.S. military genuinely is the strongest in the world right now (though both Russia and China have made significant strides in modernizing their forces) and can deter any nation – China and Russia included – from launching an unprovoked attack against our country.  But we must concurrently recognize that our military is not invincible, capable of imposing our will on all nations of the world, simultaneously.

That means we have to be more judicious as to the security guarantees we make around the world and the number of states we are willing to go to war to protect. Taiwan and Ukraine are issues of regional importance to China and Russia, but do not, by themselves, imply that the fall of either would necessarily lead to a regional or world war.

America’s preeminent first priority must be to ensure the security and freedom of the United States. If we overstretch ourselves, if we dissipate our strength by trying to do too much, we may one day discover that we forfeit our own security in a misplaced desire to secure everyone else. The hard reality is we cannot do everything for everyone. We must accede to this reality before we are faced with an unimaginable reality – like a two-front war with both China and Russia.