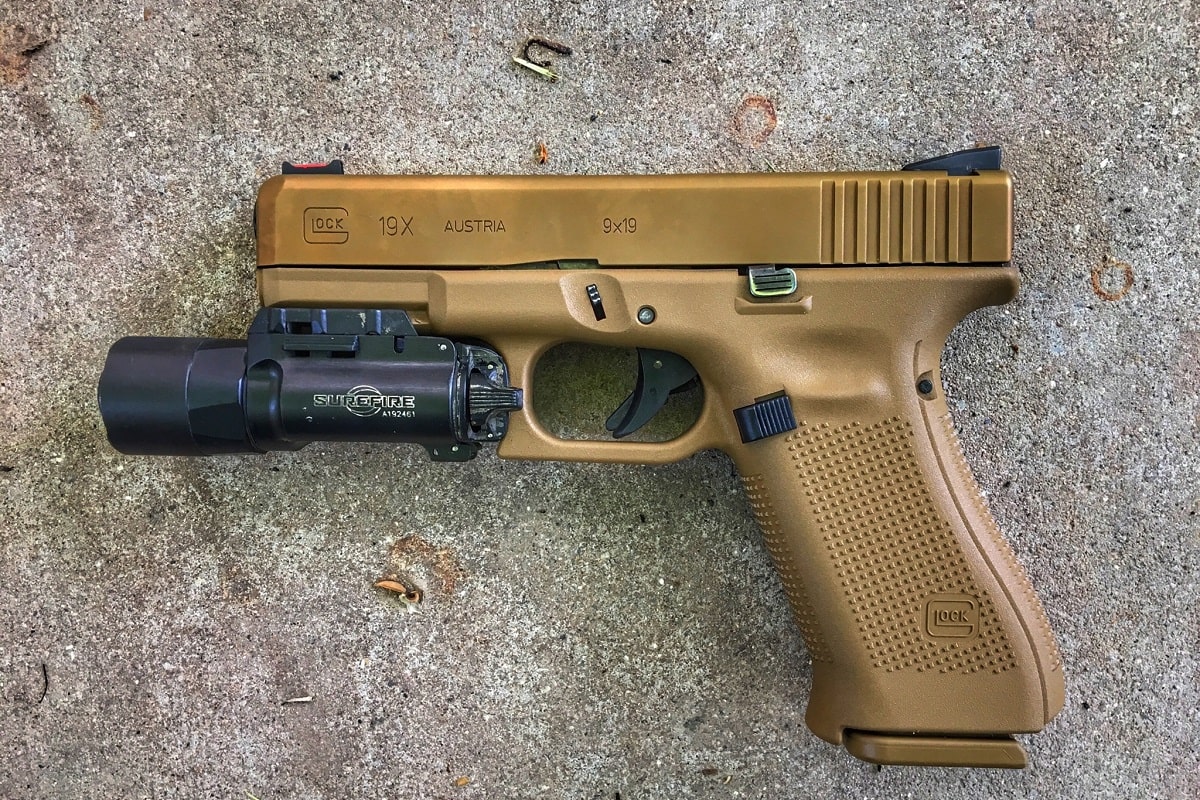 Last week the Department of Justice (DoJ) took aim at so-called “ghost guns,” and proposed to close the loophole that has allowed individuals to avoid background checks by purchasing incomplete firearms components and then building a complete gun at home. A proposed rule from the Biden administration would essentially expand the definition of a firearm to include one that can be assembled via a kit.

Supporters of the measure argue that such assembly kits lack serial numbers and thus make it more difficult to trace guns that have been used in a crime. It could also be used as a way for those individuals who can’t pass a background check from a licensed dealer to obtain a firearm by building one instead.

“We are committed to taking commonsense steps to address the epidemic of gun violence that takes the lives of too many people in our communities,” Attorney General Merrick Garland said in a statement.

“Criminals and others barred from owning a gun should not be able to exploit a loophole to evade background checks and to escape detection by law enforcement,” Garland added. “This proposed rule would help keep guns out of the wrong hands and make it easier for law enforcement to trace guns used to commit violent crimes, while protecting the rights of law-abiding Americans. Although this rulemaking will solve only one aspect of the problem, we have an obligation to do our part to keep our families and our neighborhoods safe from gun violence.”

The DoJ’s announcement comes just weeks after President Joe Biden promised he would crackdown on the homemade weapons or “ghost guns.”

According to The Associated Press, such home-made ghost guns have turned up at crime scenes and have been seized from gang members and other criminals by undercover federal Alcohol, Tobacco, Firearms and Explosives (ATF) agents. Federal and local law enforcement officials have also expressed concerns about how the kits have created a loophole in federal firearms law enabling people who are prohibited from owning guns to simply buying individual parts instead.

For the first time since 1968 – with the passage of the Gun Control Act – the DoJ’s Bureau of Alcohol, Tobacco, Firearms and Explosives (BATFE or ATF), is now seeking to update the legal definition of a firearm – and as previously reported, would redefine what is a “frame or receiver.”

The lower receiver, which is typically made of metal or a polymer, has generally been considered the key component of a firearm. An unfinished receiver – referred to as an “80 percent receiver” – can be bought online with no serial number or other markings. It is officially known as a “receiver blank” by the ATF, and it is not technically a firearm until an individual drills it out.

In many states, as long as the gun is manufactured for personal use and the individual is allowed to own a firearm there is no issue with buying an unfinished receiver. States such as California however require that a serial number still be added to the receiver.

The new proposed rules could change the manufacturing of these receivers, as well as the 3D printing of firearms parts.

“Technological advances have also made it easier for unlicensed persons to make firearms at home from standalone parts or weapon parts kits, or by using 3D printers or personally owned or leased equipment, without any records or a background check. Commonly referred to as ‘ghost guns,’ these privately made firearms (‘PMFs’), when made for personal use, are not required by the [Gun Control Act of 1968] to have a serial number placed on the frame or receiver, making it difficult for law enforcement to determine where, by whom, or when they were manufactured, and to whom they were sold or otherwise disposed,” the proposed rule stated.

However, opponents of the DoJ’s measure and the ATF’s new definition said it infringes on the Second Amendment.

“It’s a nonsense ‘feel good’ rule that only burdens good people but does nothing to stop violent criminals and gangsters from obtaining guns,” National Association for Gun Rights President Dudley  Brown told FoxNews. “This is just one more pathetic gun control ploy from Joe Biden as he bows down to the Gun Control Lobby and their unlawful schemes to destroy the Second Amendment.”