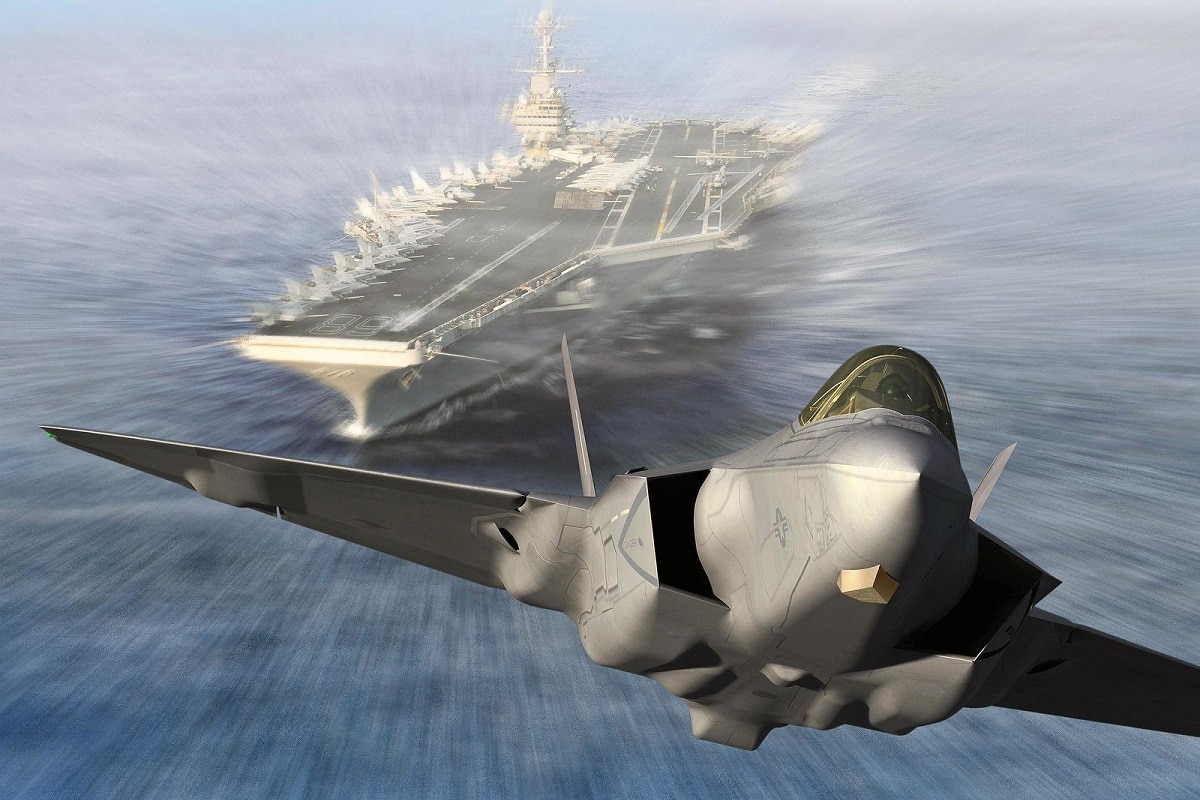 Many of President Joe Biden’s policies are considerably different from his predecessor, yet Biden is following through on a plan outlined last year by the Trump administration to acquire an additional eighty-five Lockheed Martin F-35 Lightning II jet aircraft. The Biden administration is seeking $11 billion to buy the additional combat aircraft in the coming year.

Bloomberg reported that the Pentagon’s $715 billion budget request for fiscal year 2022 (FY22) would include an increase in the number of the fifth-generation fighters purchased, but instead, the Department of Defense (DoD) opted to focus on using the additional funding to upgrade the F-35 with new capabilities about every six months.

“It’s not unusual for a new administration’s first budget to change relatively little from its predecessor,” J.J. Gertler, a military aviation analyst for the non-partisan Congressional Research Service, told Bloomberg via an email.

“But using the prior number for FY 22 adds fuel to the idea that the big changes for the program will come in ’23,” Gertler added.

According to the reports, of those eighty-five potential jets that could be purchased in the FY22 budget, forty-eight would be for the United States Air Force. Those aircraft would be of the Block 4 confirmation, which has been described as being more capable, particularly in the kinds of weapons the fighter is able to carry as well as in its electronic warfare suite.

Last month, leaders of the “Joint Strike Caucus” urged leaders in the House of Representatives to support whatever request the services submit for buying the Lockheed Martin F-35 in FY22 as well as aircraft that appear on the “unfunded requirements,” Air Force Magazine reported. While the aircraft has many vocal opponents, supporters including House Armed Services committee member Rep. Anthony Brown (D-Maryland) said at the McAleese FY2022 Defense Programs Conference on May 12, the F-35 is “performing well” in “executing… real-world missions.”

Rep. Brown was one of 132 House lawmakers that had urged the leadership to support the fifth-generation stealth aircraft.

“It is essential that we continue to increase production of our nation’s only 5th generation stealth fighter to recapitalize our fighter fleet and ensure the United States maintains air dominance. The F-35 is the only fighter in production that can produce aircraft in the numbers required to recapture our aging fighter force,” the letter read. “The F-35 strengthens national security, enhances global partnerships and powers economic growth. The premise of the program is built on the US services and those of our allies buying these aircraft in large number to leverage economies of scale, both in production and sustainment.”

The strong support for the F-35 comes as critics have called the platform too expensive. However, Jessica Maxwell, a Pentagon spokeswoman, said in a statement that “the budget must balance many factors to ensure our military can meet national defense objectives now and in the future.”

She added that the department “remains committed to using taxpayer dollars responsibly and acquiring F-35s as affordably as possible while also meeting current Warfighter needs.”