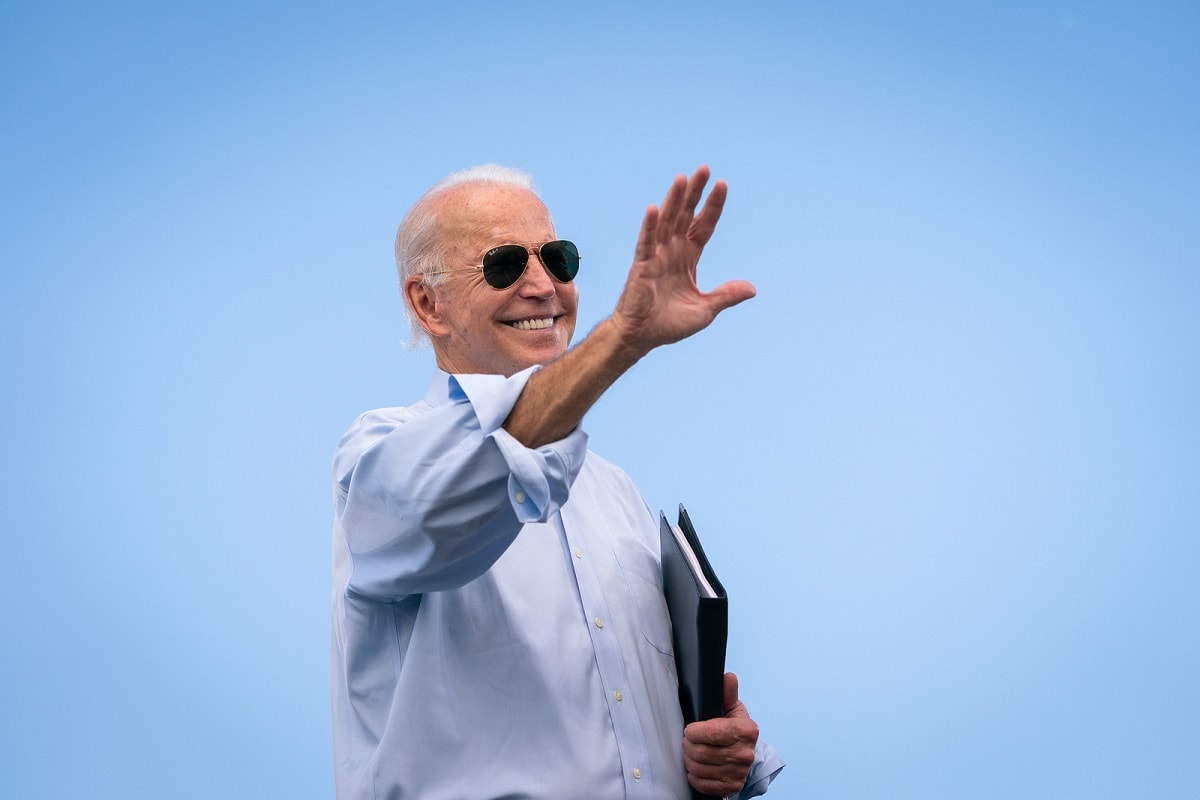 On Monday, May 17 – “Tax Day” – mobile billboards calling for higher taxes on the rich were placed outside of key locations in New York City and Washington, D.C., and that included at the homes of Jeff Bezos and Senator Mitch McConnell (R-Kentucky). The mobile billboards, which were produced by a group dubbed “Patriotic Millionaires,” were also placed outside of Wall Street banks, the IRS, and other high-profile locations.

“The billionaires, millionaires and CEOs trying to stop these critical reforms are the biggest threat to our nation’s stability,” said Patriotic Millionaires Founder Erica Payne via an email.

“Their wealth was created in a rigged game, that many of them still cheated in. It’s time for them to pay to repair the damage they have done,” added Payne.

“Bezos, Musk and Zuckerberg are just three examples of the egregious wealth inequality our rigged tax system has enabled,” Patriotic Millionaires Chair Morris Pearl further explained. “One thing that my decades long experience in Wall Street taught me is just how willing corporations are to take advantage of the loopholes within our tax code to avoid paying their fair share. To recover from the COVID-19 pandemic and build a better economy, Congress needs to raise taxes on the wealthy.”

The calls to tax the wealthy are very much in line with those proposed by President Joe Biden, who has said he would fund his $4.1 trillion infrastructure and family policy agenda by tax increases on corporations and the wealthy.

However, despite Biden’s pledge, it is unlikely the taxman will cometh.

Politico.com reported that corporate executives and lobbyists in New York and Washington will have enough sway to kill the tax hikes by pressuring the moderate Democrats in the House and Senate. That doesn’t mean that Biden won’t go ahead with his plans – as the news outlet noted, progressive Democrats won’t care about the costs of the new programs and will instead just push through as much spending as they can. They can then run on tax hikes in 2022 to pay for it all.

The White House, and progressive groups, has argued that increasing taxes on corporations and the wealthy is necessary to make the long-term economic investments the country needed. This could include raising the capital gains rates and even returning private equity taxes to the regular income rates.

Biden’s calls to “tax the rich” may sound noble in theory, but in practice taxing corporations won’t just impact those on Wall Street, it will be felt in every Main Street across the country as well.

“You are talking about tax hikes that could hit millions of small businesses across the country and taxes that could kill investment,” Neil Bradley, chief policy officer at the U.S. Chamber of Commerce, told Politico.

“From a raw political perspective, it would be a really funky decision for these moderates to say they would be willing to put this much of a wet blanket on an economy that is really poised to take off,” Bradley warned.

Biden has pledged to follow-up on the “Build Back Better” agenda he campaigned on, but he first must find a way to pay for it, and it is clear that moderate Democrats may not be entirely sold on it. It will thus take far more than mobile billboards and pushes from progressives to get lawmakers on board.