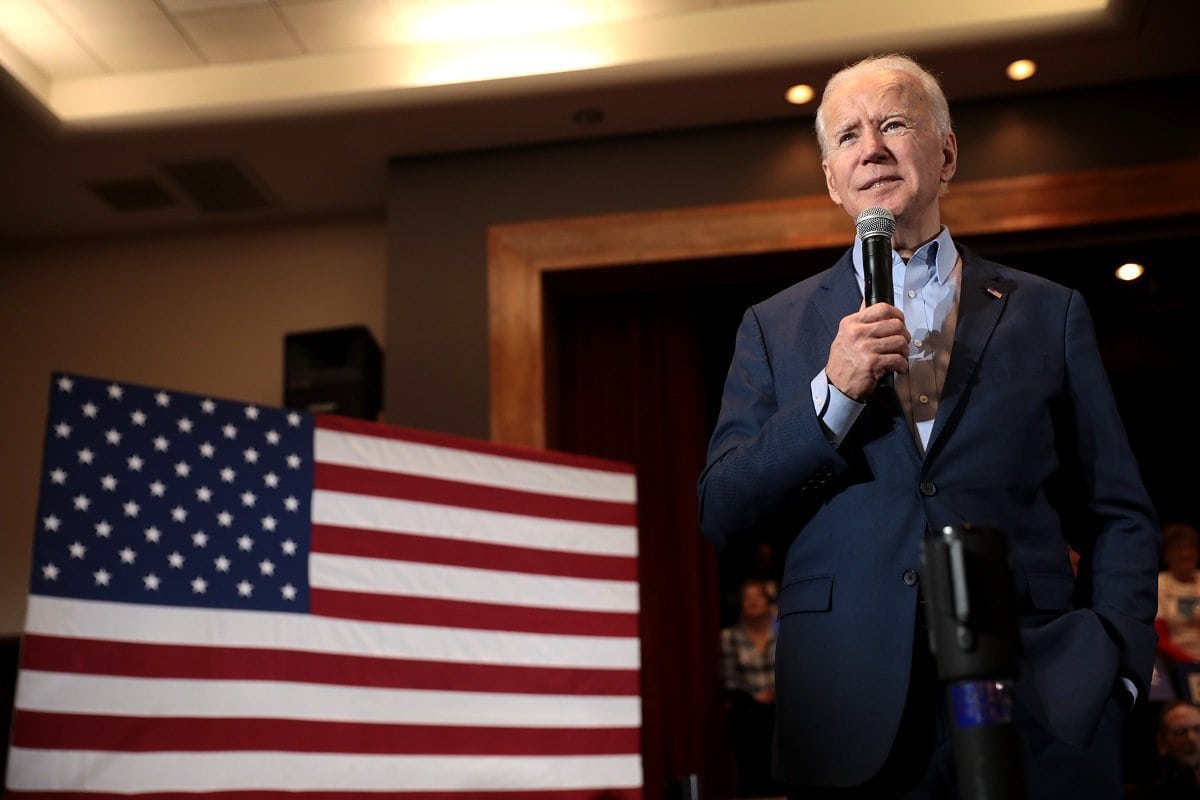 Around the world, spring is a season of rebirth and renewal. The vibrant green colors observed in nature signify the end of winter’s callous attrition and the rejuvenation of life in a refreshing cycle that is true for all living things.  This year, it is also true for landmark multinational nuclear deals.  Demonstrating follow-through on a campaign promise to re-start negotiations to join the Joint Comprehensive Plan of Action (JCPOA), U.S. representatives convened this week in Vienna to search for a breakthrough with international and Iranian counterparts that would re-instate the enrichment limits for Iranian nuclear activities in exchange for the removal of economic sanctions that have crippled the Iranian economy as part of former President Donald Trump’s “maximum pressure” campaign against Iran.

However, as old questions and assumptions regarding the prospects of the JCPOA become new again, it is worth examining and remembering the salient points that impacted the signing (and withdrawal) of the JCPOA in 2015 (and 2016). Clear-eyed analysis that accounts for the current and expected geopolitical realities bearing on the negotiations is the best way to ground expectations for any new JCPOA deal in reality and offer prudent recommendations for what aspects should remain buried in the winter snow of “maximum pressure” and what aspects perhaps deserve rejuvenation in this “nuclear spring.”

April Showers: The Flaws in the JCPOA

One of the principal arguments that framed support for the JCPOA in 2015 claimed that the deal would successfully delay Iranian progress in developing weapons-grade nuclear materials (or “breakout time”) which would create time and space for internal political changes in Iran to develop that would, in theory, produce a friendlier Iranian government committed to rational dialogue regarding its nuclear intentions and less hostility towards the West.  Accordingly, lifting sanctions and taking diplomatic steps to reintegrate Iran into the international community would encourage and nudge a new generation of Iranians towards friendlier relations.  In short, the argument postulated that the diplomatic “carrot” of improved international relations and economic production would produce favorable (and perhaps peaceful) Iranian political changes that trump the militaristic “stick” of deterrence which only escalates U.S.-Iranian tension to open and destructive warfare.

Such an argument rests on two key assumptions: first, that political change in Iran will produce regimes and systems of government more favorable to the West, and second, that a regime more aligned with Western interests will forsake its nuclear weapons ambitions.  In addressing the first of these assumptions, it is critical to observe that, according to many Iran experts and Iranians themselves, political “regime change” in Iran has already occurred and has not produced a more favorable regime.  According to leaked statements last month from top Iranian foreign minister Javad Zarif, the Iran Revolutionary Guard Corps (IRGC) already dictates and prosecutes many of the regime’s policies with relative impunity from the Ayatollah.  Indeed, other experts have long chronicled the IRGC’s growth to control key sectors of the Iranian economy and its corresponding rise to control or influence key political posts in the country.  Given these dynamics, many argue that the revolutionary government of the Ayatollah has already succumbed to a military dictatorship led by the IRGC.  Indeed, a popular saying in Iran today says that the reins of government have “moved from the head to the feet” -a reference to the religious head-wear that marks the clergy leadership of the Ayatollah’s “vilayet-e-faqih” and the boots of the IRGC.  In JCPOA terms, while supporters optimistically point to the prospects of a post-Ayatollah government in Iran, the reality is that a post-Ayatollah government already exists in the IRGC which is neither more friendly to American interests nor, as Iran’s most organized institution, more inclined to relinquish power to any emerging movements in Iran.

The usurpation of authority in Iran by the IRGC holds two important implications for JCPOA negotiations.  First, while the clergy may have created the IRGC in 1979 to provide cover for the religious revolutionaries, today the IRGC preserves the clergy to give cover to its militaristic power grab.  Appearing subtle, the difference is crucial and remains critical to understanding the current and future political dynamics in Iran.  Secondly, the IRGC- as a militaristic entity- cannot (or should not) be so easily regarded as an “irrational actor” when it comes to nuclear weapons.  Previously, many experts played up the clerical government’s “religious fanaticism” as an indicator of irrational behavior and cause for alarm and mistrust regarding Iran’s quest for nuclear weapons- thus providing a compelling reason to thwart their ambitions .  However, as a military entity seeking to augment and preserve its power in Iran, the IRGC is likely motivated by strictly rational and pragmatic (even if perceived as hostile) considerations in its nuclear ambitions.

The presumed rationality of the IRGC’s nuclear ambitions is a perfect segue to address the second assumption behind the main argument employed by JCPOA supporters- namely that a friendlier Iranian government will be more willing to forsake its nuclear ambitions.  Implicit in this assumption is the idea that rationality favors American interests.  But as a presumed rational actor (or at least, with no credible cause to accuse them of irrationality like perhaps the preceding Ayatollahs), the IRGC seems to disprove this assumption.  Indeed, in an era of staunch “hardliner” vs. “reformist” division in Iranian society, nothings seems to unite the population like support for its domestic nuclear weapons program.

Iran scholars since 2009 have specifically identified the transcending support that Iranians from all strata of society give to its nuclear activities; therefore such experts have expressly cautioned against “incentive-based negotiations” to curb them.  This truth underscores the reality that, like most countries and echoing Kenneth Waltz’s nuclear deterrence arguments, Iranians view nuclear weapons primarily as a policy tool that will help them secure their national interests and protect them from foreign exploitation.  Since this mindset seems to (still) govern Iranian attitudes towards nuclear weapons, it is unlikely that any new Iranian regime (regardless of its affinity for the West) will be inclined to change its stance securing a vital policy tool that tends to level the competitive (and high stakes) international playing field between nations.

May Flowers: Salvaging the JCPOA

Given the above, the “time and space” for political change in Iran envisioned by JCPOA supporters remains unlikely to produce a nuclear-free Iran.  This reality tends to leave the U.S. with two equally undesirable policy options: either passively accept a nuclear-armed Iran or employ constant and aggressive deterrence tactics which seem likely to escalate into a full scale (and costly) war.  There is, however, a third option: divorce the JCPOA from the strategic nuclear issue and focus it on Iran’s destabilizing proxy-war approach to the region.  That is, tie sanctions relief to Iranian commitments to de-mobilize or de-fund its proxies instead of its aspirational nuclear ambitions. Such a maneuver replaces the uncertain and (relatively) uncontrollable goals of frustrating Iranian nuclear ambitions in the Middle East as it may exist in the future with the more visceral and immediate goals of stabilizing the Middle East as it exists now–and at a critical time when Western reforms seem to be taking root and emerging peace initiatives continue to augment the possibilities for what a stable and prosperous Middle East could look like in the future.

Imagine, for instance, the national, regional, and international benefits if Saudi Arabia could dedicate the full weight of its national resources towards its Western-aligned Vision2030 reforms and if countries like Bahrain, UAE (and Sudan) could focus on achieving the full potential of their peace agreement with Israel unimpeded and undistracted from Iranian miscreant activity disrupting and undermining such efforts  Fixing the JCPOA rests on the idea that the Iranians might be more inclined to change their violent (and therefore detestable) approach to the region (proxy-warfare) rather than their rationally-based (and therefore less assailable) strategy obtaining nuclear weapons.  This approach seeks to improve both the security situation in the Middle East and (with sanctions relief and efforts to integrate in the international community) Iran itself.

It’s worth mentioning that this proposal does nothing to prevent the strategic competition against Iran’s nuclear ambitions from returning to the shadows– where it currently exists with many of Iran’s rivals and where it has historically been most effectively waged as a natural part of the “great game” between competing nations and away from the public eye.  Thus, the value proposition for the above is threefold: improve Middle Eastern security (by removing Iranian proxies and setting conditions for regional transformation), improve Iranian relations (through sanctions relief and diplomacy), and continue strategic efforts against nuclear proliferation in different venues where the prospects of achieving effects have proven more effective.

In centuries past, Vienna has been the site of historic East versus West clashes.  It is fitting, perhaps, that today it is the chosen venue where representatives gather to hopefully prevent such clashes.  But obstacles abound and just as the winter of “maximum pressure” gave way to the “nuclear spring,” so too will this spring give way to summer- hot with Iranian elections to choose a new president and Iranian-sponsored unrest throughout the Middle East where the former will likely seek to prove himself on the international stage and the latter will define the conditions for him to do so. Additionally, against the backdrop of these dynamics in the Middle East, all of the Iranian front-runner candidates for president have at least informal ties to the IRGC- foreshadowing the continued rise of the military establishment in Iran.  Accordingly, the U.S. must make smart choices in how it spends its energy addressing these critical and emerging issues.

Under the current framework, renewed efforts to establish the JCPOA remain deeply flawed and cannot bring about the transformational objectives it seeks.  However, rather than focusing on the failed and unrealistic effort to create “time and space” for Iran to change its nuclear ambitions, the JCPOA can help transform the Middle East by shifting its focus to create “time and space” for the Middle East to change under emerging reform and peace initiatives that, given the chance to grow, could represent the real and enduring fruits of this nuclear spring.

Scott J. Harr is an Army Special Forces Officer and Ph.D. Candidate at the Helms School of Government, Liberty University. He holds an undergraduate degree in Arabic Language Studies from West Point and a Master’s degree in Middle Eastern Affairs from Liberty University. A trained Arabic and Farsi speaker with over four years of cumulative deployment time in the Middle East, his work has been featured in The Diplomat, RealClearDefense, The Strategy Bridge, Modern War Institute, Military Review, The National Interest, and Joint Force Quarterly. The opinions here are solely those of the author and do not represent those of any official U.S. organization or entity.