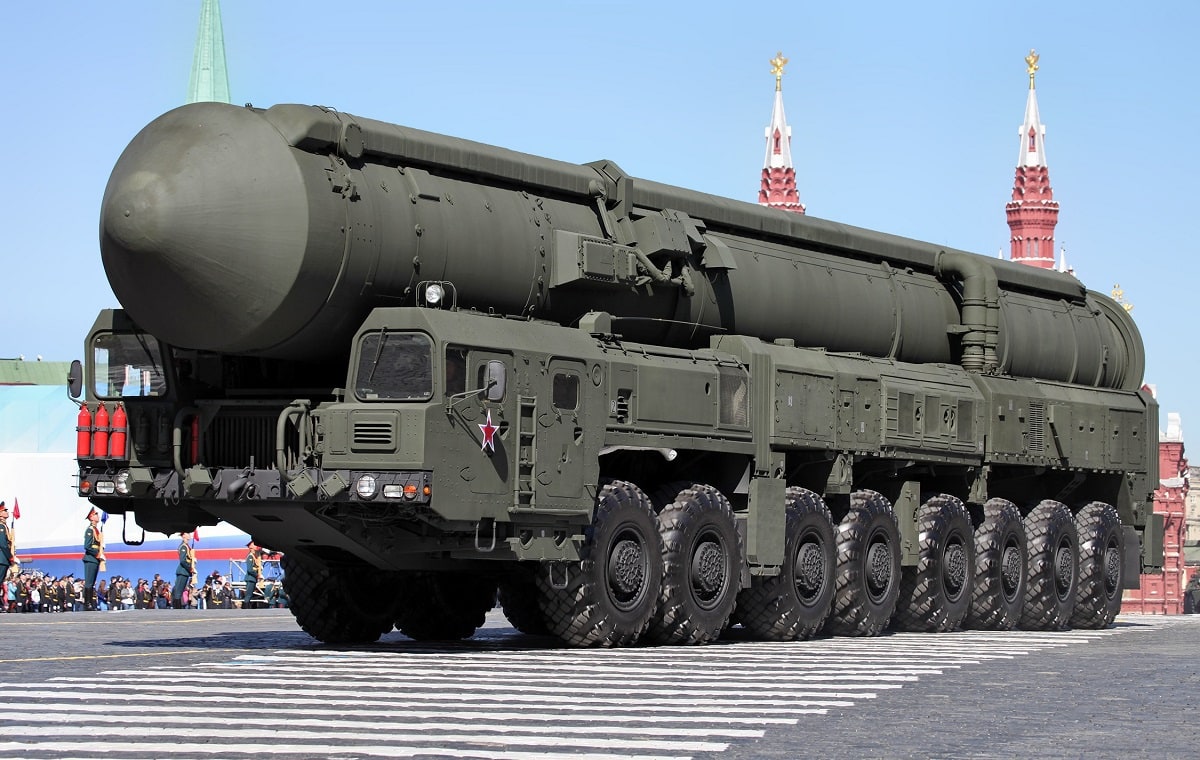 There will be increased activity at Plesetsk space center in northwestern Russia this year, and some residents in the region may even be able to see multiple missile launches as the Russian military plans to conduct three tests of its RS-28 Sarmat intercontinental ballistic missile (ICBM).

“Three launches of the Sarmat ICBM will be carried out as part of flight development tests in 2021,” a source in the Russian defense industry, who was reportedly close to the Ministry of Defense, told Tass on Wednesday.

“The first launch of the Sarmat ICBM within the framework of flight development tests will be carried out tentatively in the third quarter of 2021, a field at the Kura testing range on Kamchatka will be a target,” a second defense industry source added.

Both sources had reportedly told the Russian media outlet that the three launches would be performed from a silo at the Plesetsk Cosmodrome, which is located about 800 km north of Moscow and approximately 200 km south of Archangelsk. The facility dates back to the late 1950s and was has been used for numerous satellite launches. However, its high latitude makes it only useful for certain types of launches including the testing of ICBMs.

One of the three Sarmat ICBMs will likely be fired at maximum range. Following the three test flights this year, the state trials of the Sarmat are set to begin in 2022, with the first regiment entering combat service by the end of the year.

The RS-28 Sarmat is a liquid-fueled, multiple independently targetable reentry vehicle (MIRV) that was developed by the Makeyev Rocket Design Bureau. Development of the ICBM began in 2009 to replace R-36M2 Voevoda missiles, which have been operational since 1970s.

The Sarmat is named after the “nomadic Sarmatian tribes who lived in the 6th-4th centuries BC on the territory of present-day Russia, Ukraine and Kazakhstan,” according to Tass.

The new Sarmat, which Russia claims can penetrate any existing missile defense, will enter service with Russia’s Strategic Missile Forces (RVSN), and provide the Russian Federation with the state-of-the-art platform a has greater range and speed than existing ICBMs. It weighs about 200 tonnes, and has a throw weight of around 10 tonnes, along with the capability of breaching any existing and future missile defenses. It has a range of about 18,000 km, or just over 11,000 miles, which would put virtually any location on the globe within range.

The Sarmat features a completely new means to counter missile defense. According to reports, its active flight stage, when the missile accelerates and is visible and vulnerable to missile defense, has been reduced. Additionally, the Sarmat’s engines rapidly boost the missile to the safe zone, which could make it invulnerable for the missile defense until it reaches the main flight trajectory.

The RS-28 Sarmat can also fly in what has been described as “unpredictable routes,” which allow it to bypass missile defense areas. Tass also reported that the ICBM can fly over the North and South Pole and approach targets from directions that are not envisaged for interception. The Sarmat can carry a line of reentry vehicles, including hypersonic Avangard gliders.