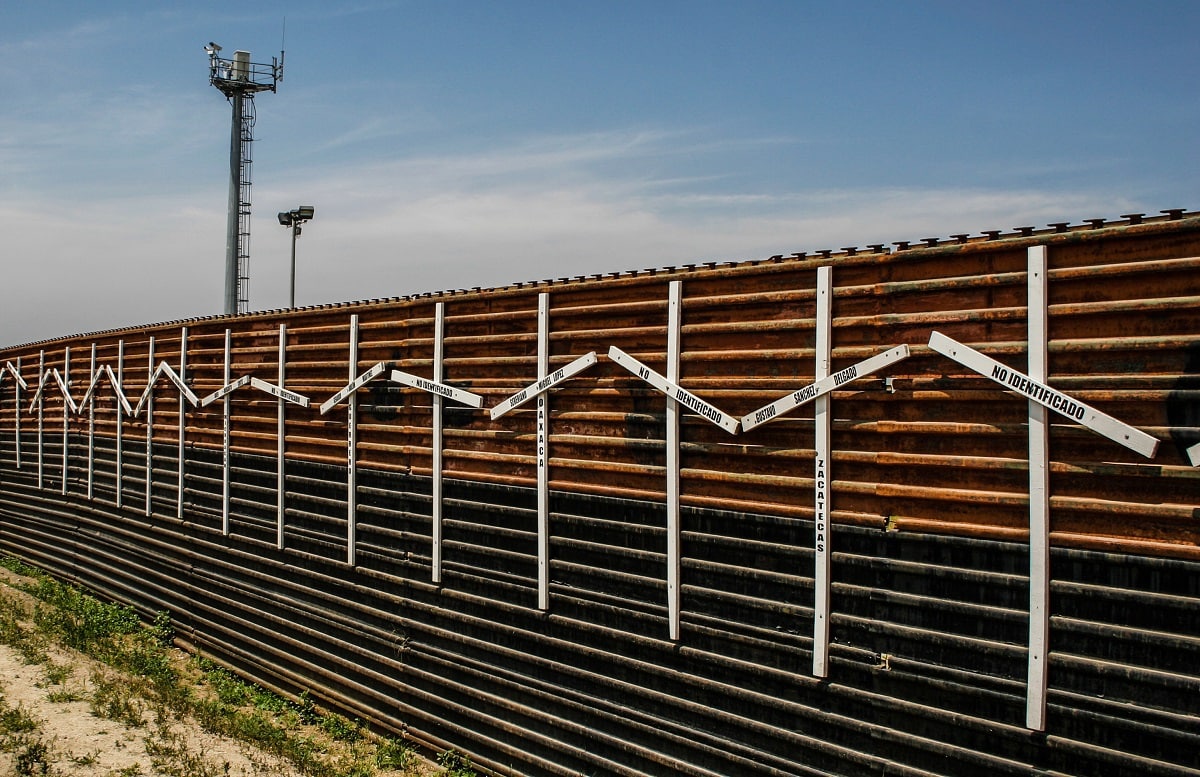 In just a few short months, the Biden administration has deliberately and systematically undone Donald Trump’s successful border security and immigration policies. Now, Texas faces an invasion of illegal immigrants, many bringing drugs, crime, and chaos in their wake.

Just last month, Customs and Border Protection apprehended over 180,000 people crossing illegally—a 674 percent increase from the year previous. Val Verde County is just one of many Texas jurisdictions suffering acutely from this crisis. Its fewer than 50,000 residents have seen more than 100,000 illegal aliens enter their community this year.

The abdication of federal leadership leaves Gov. Greg Abbott of Texas to make the most important decision an elected leader can make: How to protect the people of his state? Complicating matters is the fact the Biden administration’s policies are the chief driver of the current crisis, and that the federal government retains significant immigration authority. Yet the security of Texans, and perhaps the entire United States, now hinges in large measure on what actions Abbott takes to protect his state.

His first major steps have been well received by Texans.

On June 1, he issued a disaster declaration for the 34 counties on the state’s southern border. The declaration surges resources, allows for more flexibility of certain jail spacing requirements, and authorizes the Texas Department of Public Safety to increase enforcement of state criminal laws such as trespassing, evading law enforcement, smuggling, and human trafficking. It also orders the Texas Health and Human Services Commissions to discontinue state licensing of facilities that house children who have entered the state illegally. The cartels and coyotes use children to create false family units; their heartless exploitation of children has been a key driver of this crisis.

On June 14, Abbott announced Texas would resume building the border wall “to make sure that anybody coming here will understand: Texas is the wrong state to come into.”

Abbott clearly understands that there are no perfect and easy solutions to the border crisis. An all-of-the-above strategy is needed. These initiatives will run into some problems right away.

For example, increased arrests will inevitably run into issues of jail capacity. Moreover, those arrested will eventually be handed over to ICE or the Border Patrol which means, given Biden’s catch-and-release approach, they will eventually be released back into the communities. That may discourage some counties from complying with Abbott’s directives.

The state may also have difficulty acquiring permissions needed from private property owners to build the wall. Many landowners along the border have already signed that permission over to the federal government.

Still, Texas cannot allow the perfect to be the enemy of good. The governor’s initiatives must push forward.

In pushing forward, Abbott should be resolved to do everything that is constitutionally permissible. That may take him into some gray areas, like using state officials to enforce portions of immigration law not in clear contravention of federal law. The governor has an obligation to exercise every option available. If the Biden administration then tries to limit a governor’s attempt to deal with an invasion, it will be up to the Supreme Court to decide what the proper bounds are.

The last time the Supreme Court dealt with this issue was in the 2012 Arizona v. United States case. The majority opinion invalidated some parts of an Arizona law imposing state penalties for certain immigration-related offenses. For example, it nixed making failure to comply with federal alien registration requirements a state misdemeanor.

This case has been widely misrepresented as establishing an absolute prohibition on state action in the immigration enforcement space. But as The Heritage Foundation’s Hans von Spakovsky has noted, the Supreme Court upheld the heart of the law that allowed “Arizona law enforcement officials to check the immigration status of individuals they arrest, stop, or detain if they have a ‘reasonable suspicion’ that they are in the country illegally.” The bottom line: states do retain significant authority with immigration enforcement.

Moreover, two of the five justices who joined the majority in overturning parts of the Arizona law are no longer on the court. Justices Kennedy and Ginsburg have been replaced by Justices Kavanaugh and Barrett. To put it plainly, a different case initiated by reasonable Texas action to secure its people and sovereignty may mean a different result at the Supreme Court.

After all, Texas, as a sovereign state, has the inherent authority to protect its citizens and enforce its own borders. That inherent authority was expressly reserved to the States under Article I, Section 10, Clause 3 to the U.S. Constitution, which authorizes any State to act in the protection of the general welfare of its citizens who are under threat of “invasion or imminent harm.”

The border crisis was not caused by Texas or Governor Abbott. Nor is Texas the only state that must deal with the problems it creates. Other governors may join Abbott in rising to the challenge, but with or without allies, he has a long, tough road ahead of him. His recent announcement, however, gives hope that he has the policies and the grit needed to deal with the crisis Washington has dumped at his doorstep.

A former acting commissioner of U.S. Customs and Border Protection, Mark Morgan is a visiting fellow at The Heritage Foundation. Ken Cuccinelli is a former deputy secretary of the U.S. Department of Homeland Security. Mike Howell is Heritage’s senior advisor for government relations.