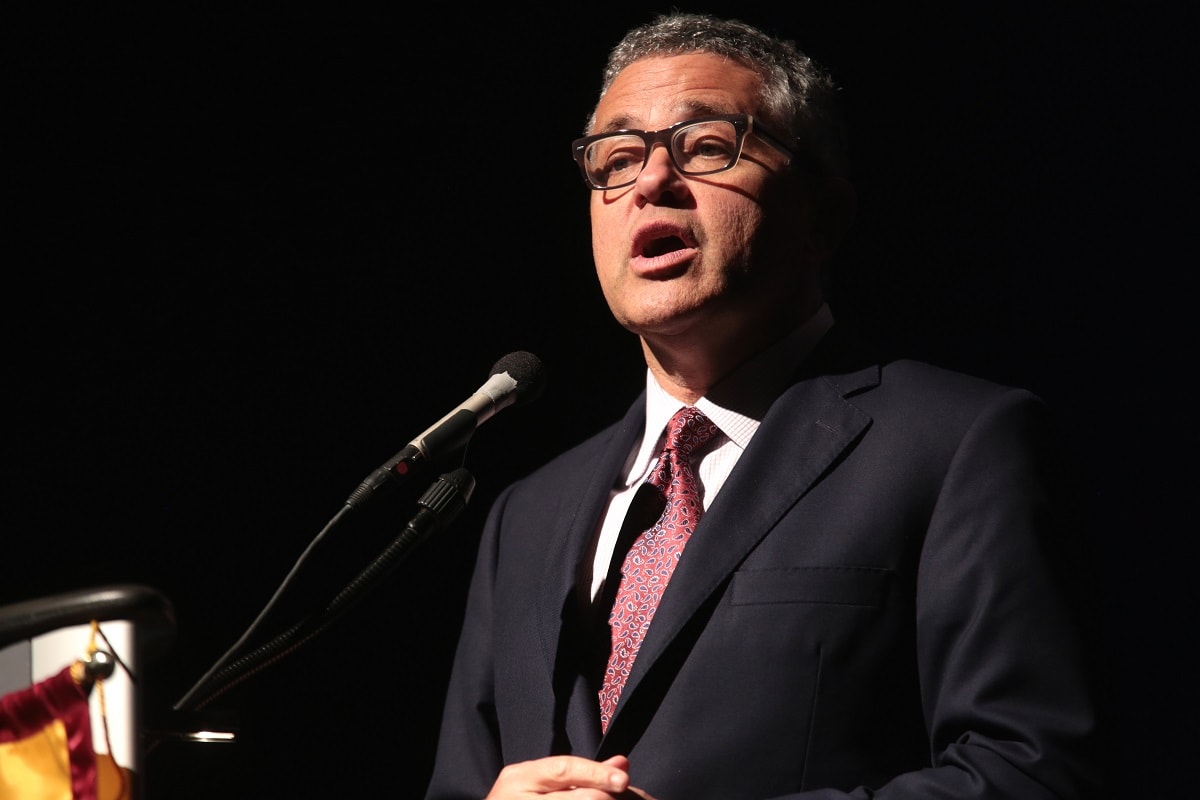 “Cancel culture” has claimed many victims this year. Actress Gina Carano was fired from the hit Disney+ series The Mandalorian for then-recent comments she made on social media. Meanwhile, Teen Vogue’s brand-new editor Alexi McCammond had to immediately resign for social media posts from a decade earlier when she herself was a teenager. Books by Dr. Seuess have been pulled from shelves for questionably insensitive content, and even queen of nice Ellen DeGeneres found herself in the crosshairs for apparently not actually being nice all the time to employees.

One person who seems to have dodged not only the cancel culture bullet but also the #MeToo movement in the process was CNN chief legal analyst Jeffrey Toobin, who hands down did something far worse than Carano, McCammond or DeGeneres. While the former two expressed their opinions – albeit perhaps not in the best way – and the talk show host proved to be a difficult boss, Toobin certainly crossed many lines when he was caught masturbating on a New Yorker Zoom conference call that included several female colleagues. The others on the calls witnessed the incident play out in real-time, for which the magazine promptly fired Toobin.

CNN pulled Toobin and kept him off the air, but they stopped short of firing him. As The Hill reported, “for about the past 250 days, the network continued to pay Toobin his lucrative salary before putting him back on the air.” The report also noted that Toobin had called the firing from The New Yorker “excessive,” and when he was back on the air his response was “I hope to be a better person off-camera as well as on-camera.”

Toobin admitted in his welcome-back segment that he had no defense for his poor behavior, and only maintained, “I didn’t think I was on the call. I didn’t think other people could see me.” He claimed he thought he turned off the camera, but that still begs the question of why he felt it was necessary to take part in such a personal activity immediately following a call with multiple female colleagues.

Some have defended the legal analyst, saying that anyone would be a hypocrite for suggesting Toobin is alone in his actions. However, as The Hill also noted, Toobin’s contract with CNN likely had a morality clause, which requires that “talent” must adhere to a certain level of personal conduct and failure to do so can be grounds for termination. Exposing one’s self to colleagues in such a manner could be considered a breach of that clause.

Careers of many politicians, celebrities, business executives and professional athletes have been ended because of sexual indiscretions – and powerful men using their power for sex is what started the #MeToo movement. A live stream of a sex action should also be considered far worse than sending nude photos, even if it could be argued that Toobin didn’t actually harass anyone nor did he pressure his female colleagues to have sex. Yet, he almost certainly made those feel uncomfortable due to his action. Therefore the question must be asked whether a woman could have come back from such a questionable “live stream.”

Journalist Megyn Kelly, another “cancel culture” victim, tweeted, “There is not a woman alive who could have done anything close to what Jeffrey Toobin did (not that one would) and kept her job. What a disgusting, incestuous boys’ club. So damned tired of it.”

Finally, perhaps to take this to another level, the question should be asked why CNN even paid Toobin during his suspension? He essentially live-streamed a sex act and as punishment was pulled from the air with pay.

While there may be some Cam Girls who find it liberating or even empowering, for many others it is likely a demeaning job and they were likely forced into that line of work – possibly out of desperation or even by criminal organizations. Few probably grew up dreaming to be a Cam Girl. In many ways that makes Toobin’s actions all the more demeaning.

Moreover, Toobin’s actions weren’t at all empowering to the women on the call who witnessed it. And yet, he’s back on TV.