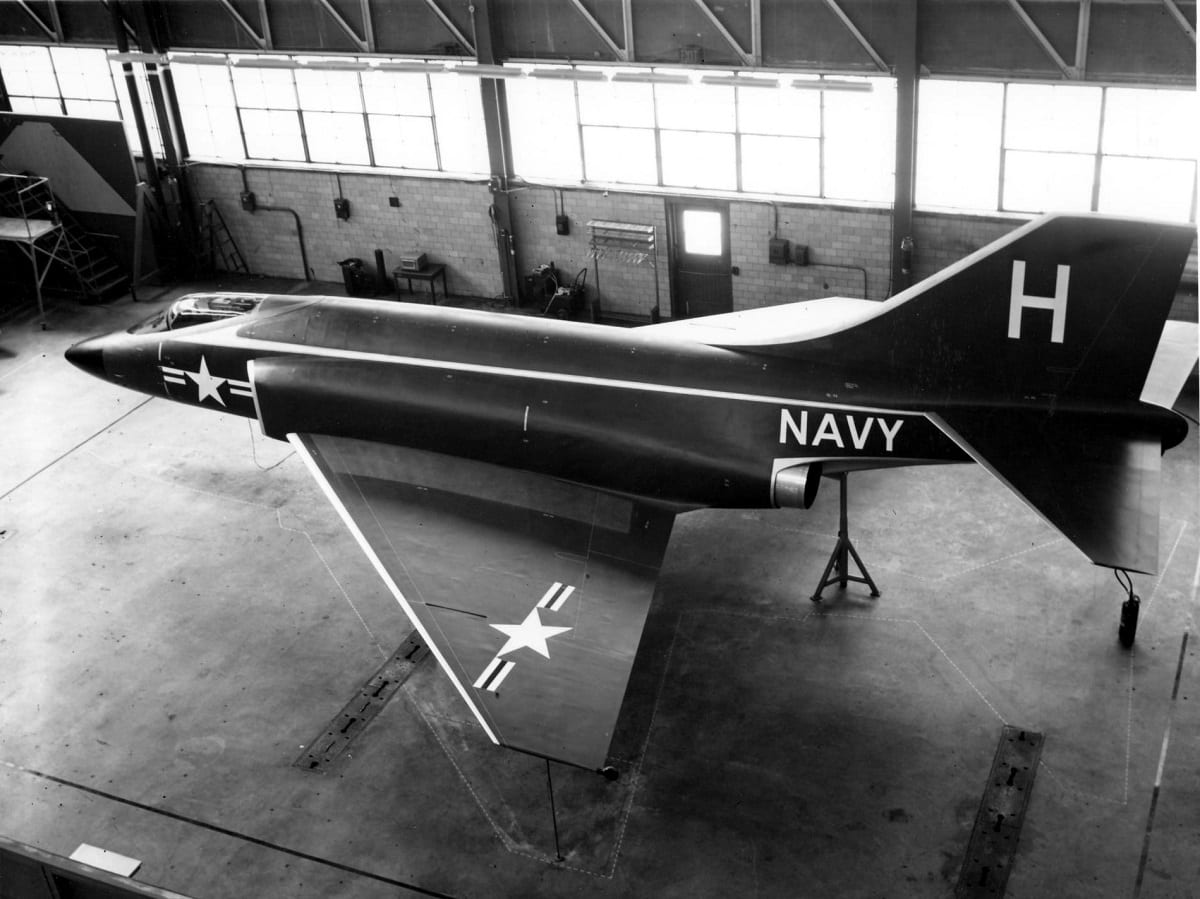 Able to travel at twice the speed of sound – Mach 2.2 – the McDonnell Douglas F-4 Phantom II set sixteen records for speed, altitude, and time-to-climb; establishing the world altitude record at 98,556 feet in 1959 and the speed record of 1,604 mph on a 15-mile circuit in 1951. It was the only aircraft used by both U.S. military flight demonstration teams: the Navy Blue Angels and the Air Force Thunderbirds; which flew the Phantom II from 1969 to 1973. And what is even more amazing: to this day, this plane still serves in a limited capacity for several nations around the world.

The F-4 first entered service with the United States Navy in 1961, and soon after was adopted by the United States Marine Corps and the United States Air Force. The tandem two-seat, twin-engine, all-weather, long-range supersonic jet interceptor and fighter-bomber proved to be ideally suited to the military’s needs during the Cold War.

It took part in multiple combat operations during the Vietnam War and remained in service to take part in Operation Desert Storm in Iraq before being retired by the U.S. military in 1996. Between 1958 and 1981, a total of 5,068 aircraft were built by McDonnell Douglas – making it the most produced American supersonic military aircraft in history – while another 127 were built by Mitsubishi in Japan. In addition to service with the U.S. military, the Phantom II was adopted by nearly a dozen other countries including Australia, Egypt, Germany, Greece, Iran, Israel, Japan, South Korea, Spain, Turkey, and the UK.

The Phantom II featured nine external hardpoints, which provided a capacity to carry up to 15,983lb (7,250kg) of payload, and the aircraft was equipped to carry air-to-air and air-to-ground missiles, as well as unguided, guided and nuclear bombs. It was also armed with an internal 20mm nose-mounted M-61 ‘Vulcan’ cannon.

During its service career, the F-4 Phantom II was widely employed as an interceptor by the United States Navy, while the Marine Corps utilized the aircraft as a ground support bomber. Additionally, the F-4 was able to undertake air superiority missions, close air support, interception, air defense suppression, long-range strike, fleet defense and attack and reconnaissance missions.

The all-weather aircraft could also be pressed into service for short training missions or exercises in search of anti-aircraft defense systems.

While the F-4 was retired in 1996, the aircraft has been utilized in a new role – serving as aerial targets for the next generation of U.S. military aviators. According to Boeing (which merged with McDonnell Douglas in 1997) modified Phantoms designated QF-4 were used as remotely controlled aerial targets over the Gulf of Mexico in 2014 to test pilots, and other aircraft such as drones and weapons at Tyndall Air Force Base (AFB) near Panama City, Fla.